Sold for $1,900,000 at 2012 Mecum - Monterey, CA.
Sold for $610,000 at 2021 Bonhams : Amelia Island Auction.
This Model 50, 1908 Simplex Speedcar, was discovered in the early 1960s and is a rare find. The engine is totally rebuilt with new aluminum pistons, rings, all bearings and ball bearings. The original crankcase was cracked and a new one was recast by an aircraft company at a huge expense. Simplex always had a problem with the originals and the new crankcase has proven reliable. The wheels were rebuilt by the Callimer Wheel Company of PA. The only later parts on the car are two screw adjustments for the chain tensioner.The chassis, springs, axle, sprocket, wheels, radiator, transmission, jack shafts, rear drums and sprockets, body and seats are all original to this Speedcar. The 13-gallon oil tank was salvaged from another car, as the original was not worthy of restoration. A 40-gallon fuel tank makes long touring a breeze.The Speedcars were cataloged without fenders, but most had fenders to keep the dirt out of the occupant's faces. The fenders are in sockets on the frame for easy removal when the Speedcars were raced.

Sold for $1,900,000 at 2012 Mecum - Monterey, CA.
Sold for $610,000 at 2021 Bonhams : Amelia Island Auction.
Simplex built vehicles that ranked among the ultimate American sports cars of its era, and has a history that dates back to the Smith and Mabley Manufacturing Co. of New York. S&M was the American importer for the FIAT, CGV, and Mercedes brands. When large tariffs were added to import vehicles, making foreign cars so expensive that they were nearly unsalable, S&M moved to produce C.G.V. cars in America. This endeavor ultimately failed, but it set S&M on a path to building its own car based heavily on the Mercedes-Simplex. In 1904, the S&M Simplex was introduced and proved moderately successful, hindered partly due to its expense.After the S&M operation changed hands, the company was taken in a new direction, offering a more powerful and refined version that continued to follow the Mercedes lines but with a larger engine. The new model, now called Simplex, was equipped with a T-head four-cylinder engine with an ALAM racing of 50 horsepower. Its 600 cubic inch displacement size made it one of the largest four-cylinder engines ever to power a production automobile. The new engine used a dual-chain-drive chassis and a four-speed selective transaxle. Nearly 250 examples of the powerful 50hp Simplex were produced over its nearly decade-long production lifespan. Although the production was low compared to many other vehicles of its era, when considering that the chassis cost nearly $6,000 in 1910, the exclusive production figures become more understandable.
This Speedcar has a 4-cylinder, 610 cubic-inch engine with large 5.75-inch diameter pistons. Enlarged racing sprockets enable the chain-drive to handle the enormous torque. The car also boasts a 12-gallon oil tank to take care of the total loss lubrication system while on the run. That system often leaves an enthusiastic driver covered with an attractive film of blackened, used oil as its new owner is just discovering.
This Speedster was originally delivered to Robert M. Janney of Bryn Mawr, Pennsylvania who kept the car from 1909 until 1912. The history fades from that point until 1957 when it was discovered by Al Hood. At the time, it was a largely apart and incomplete project that would be acquired by Landis, North Carolina collector O.A. 'Ote' Corriher in 1962. Corriher would keep the unfinished project in his garage for 22 years before selling it to Walter 'Wally' McCarthy of New York.Mr. McCarthy obtained a period correct 50 horsepower Simplex engine from Long Island collector Henry Austin Clark in 1984, and ads were placed in enthusiast and club publications for other elements of the car that had been lost to time.After the project was complete, Mr. McCarthy actively toured the vehicle before selling it to Passport Transport found Robert Pass in 2006. The penultimate owner, a southern California enthusiast who acquired the car from Pass in 2007, enjoyed the vehicle on several thousand miles on various tours. It was shown at the 2007 Amelia Island Concours d'Elegance, driven on that year's Pebble Beach Tour d'Elegance and graced the lawn at the Pebble Beach Concours d'Elegance a few days later. After these events, the car received a mechanical rebuild and a complete restoration. After appearing on an episode of Wayne Carini's show, Chasing Classic Cars, the car was acquired by the Clem and Mary Lange Collection in August of 2012.
By Daniel Vaughan | Sep 2021 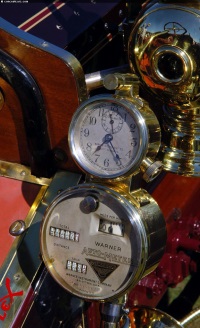 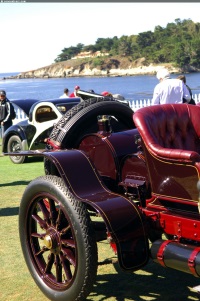 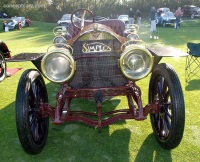 Recent Sales of the Simplex Model 50

Simplex Model 50s That Failed To Sell At Auction

1908 Simplex Model 50's that have appeared at auction but did not sell. 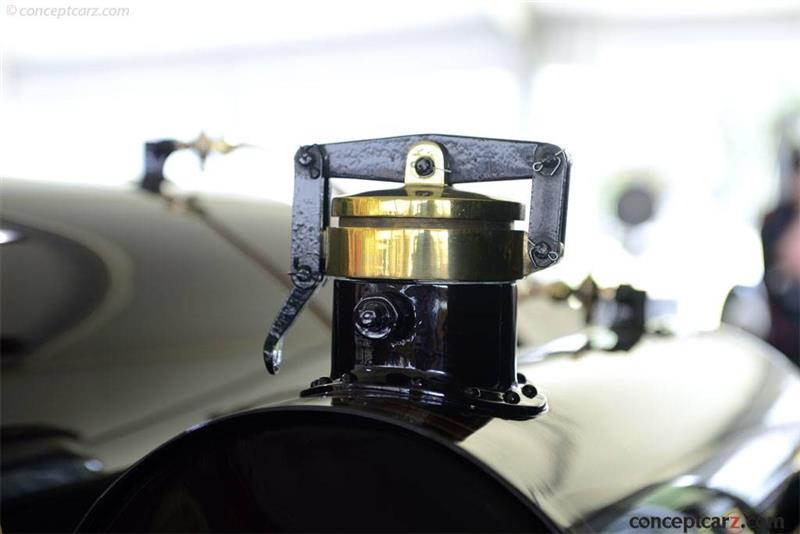