Sold for $52,250 at 2007 Vintage Motor Cars at Amelia Island.
This 1934 DeSoto Airflow Brougham Sedan was offered for sale at the 2007 RM Auctions held in Amelia Island, Florida. The car was offered without reserve and estimated to sell between $45,000 - $60,000. It is powered by a 241.5 cubic-inch six-cylinder engine with a Ball & Ball carburetor. There is a three-speed synchromesh gearbox and Lockheed four-wheel hydraulic brakes. The futuristic body lies gracefully on a 115.5 inch wheelbase.1934 was the first year for the streamlined Airflow. The Chrysler Corporation expected great things from this aerodynamic design. To make the car available to a wide audience and suitable for many scenarios, the car was offered in five body styles which included a four-door sedan, four-door town sedan, two-door brougham, and three and five-passenger coupes. The Airflow had built-in headlamps and wide front seats that could accommodate up to three adults. The rounded radiator grille flowed gracefully into the vehicles hood.
There were 13,940 examples of the Airflow sold in 1934. 522 of these were two-door Brougham Sedans. Sales were much lower than expected and resulted in the company dropping the two-door Brougham body style for 1935.
In modern times, it is believed that only four examples of this body style exist. This example has been treated to a complete ground-up restoration. It is finished in two-tone medium brown and light tan. The interior is tan cloth with brown vinyl bolsters.At auction, the estimated value proved to be accurate as the vehicle was sold for $52,250.
By Daniel Vaughan | Feb 2012

1934 DeSoto Airflow's that have appeared at auction but did not sell. 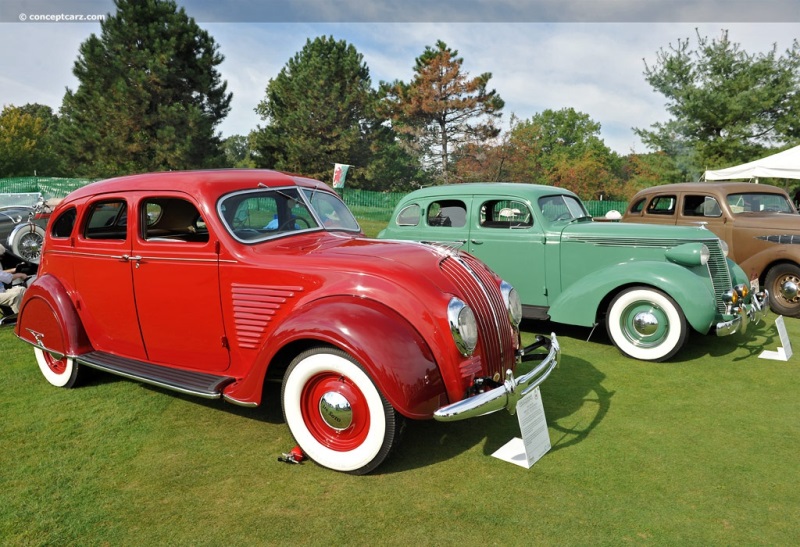 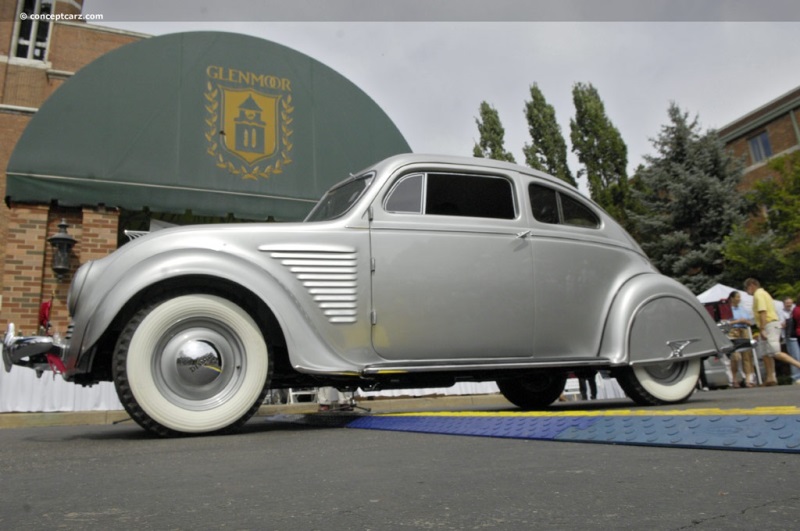 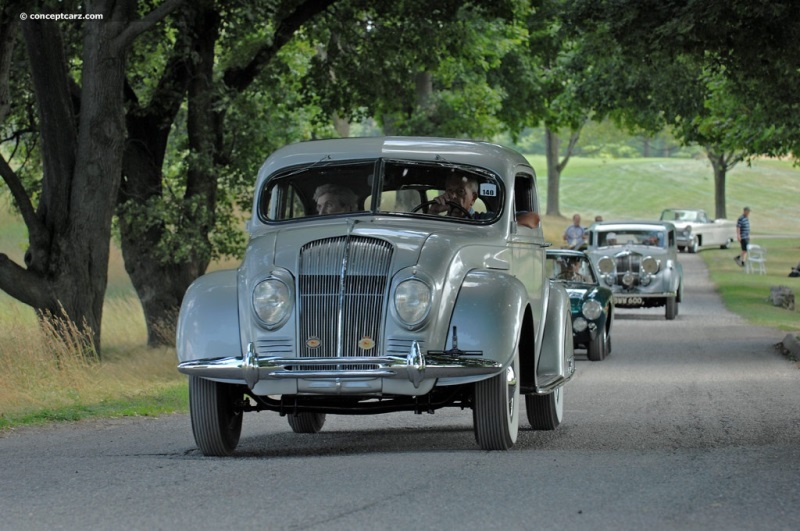 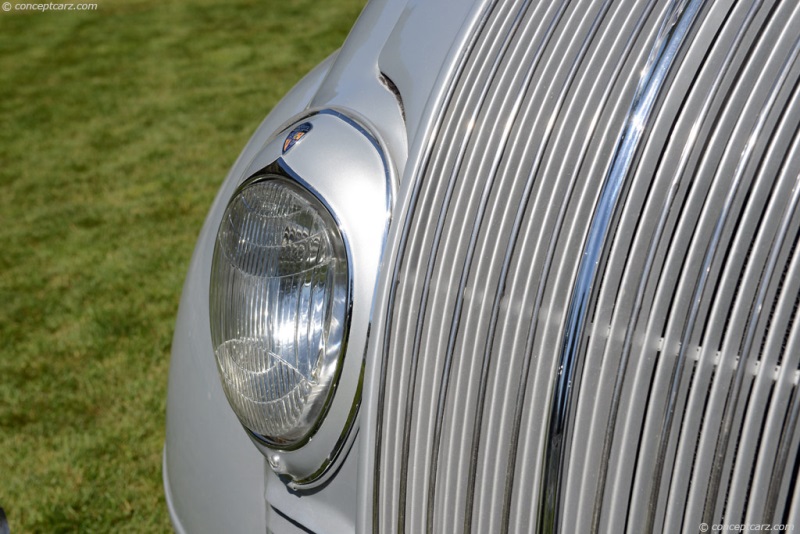