Sold for $41,250 at 2011 Automobiles of Arizona by RM Auctions.
During the 1960s and early '70s, Lotus was enjoying great success in grand prix racing. Its Ford-powered machines would help drivers like Graham Hill, Jochen Rindt and Emerson Fittipaldi earn the Formula One driver's title. This relationship with Ford would also help Lotus to introduce some spectacular new production sports cars.

Based upon one of the prototypes designed for Ford to compete against Ferrari at Le Mans, Colin Chapman's team was able to adapt this design for mass production. Thus, the Europa was born. The Europa chassis would serve as the basis for Lotus' next, and what would end up being its longest-running, car. Chapman and his team took the Europa and stretched it to fashion the Esprit.

The Esprit was launched in Turin, Italy in 1972 and was designed by the Italian designer Italdesign. This British-made sports car, obviously, had lines more similar to cars coming out of Italy. Although it was suggested to have a different name, in keeping with Lotus tradition for cars starting with the letter 'E', Esprit was chosen instead.

Full-scale production of the rear-engine Esprit didn't start until 1976. The car actually replaced its source of inspiration, the Europa. Initially, the car was powered by a 160 bhp, 2-liter, four-cylinder engine. Sticking to Lotus' goal, 'performance through light weight', the Esprit only weighed about 2,200 pounds. Right away, the Esprit was well-received. Though thought to be the best handling of all the Esprit's, the first production model was still considered to be lacking power.

Despite not having an engine that could produce phenomenal numbers, the car would go on to great fame. The car earned its first taste of fame through a couple of James Bond movies. One particularly famous appearance would be in The Spy Who Loved Me, which was filmed in 1977. During that movie, the Esprit is involved in a chase scene and then transforms into a submarine.

In the late 1980s, the last evolution of the Italdesign, or Giugiaro as it is known now, designed chassis was made. Engine power was increased to over 200 bhp with its higher-compression engine. Through the late 1980s and early 1990s, the car would go through variations of body styling (all bearing similarities with its original design). The car would, however, retain the four-cylinder engine that had always powered the car. Refinements had been made until the engine was capable of producing over 300 bhp in its mid-1990s S4 model.

While the S4's engine was truly powerful, from the standpoint of capabilities, the V8 variant that was introduced during the late 1990s represented a giant step up in performance. Although de-tuned, the V-8 of Lotus' ultimate incarnation, the Esprit Sport 350, could potentially produce upwards of 500 bhp. De-tuned for the Lotus, the V-8, twin-turbo, engine still produces 350 bhp. It is capable of powering the Esprit from zero to 60 in 4.3 seconds, and can do zero to 100 mph in 10.1 seconds! The car offered 2011 Arizona Auction presented by RM Auctions was one of Lotus' last generation Esprits. Touting the 350 bhp, 3.5-liter, Twin-turbocharged V-8, the car, built in 2003, has a black exterior and interior finish and had been driven less than 2,300 miles. The Lotus Esprit Turbo V8 is capable of reaching speeds around 160 mph. Delivering that power to the road is a five-speed gearbox. Handling and stability for this sports car comes from fully independent front and rear suspension and four-wheel hydraulic disc brakes.
This late-production Esprit represents the ultimate evolution of Lotus' popular chassis. Being one of only 119 Esprit Turbo V8s made in 2003, this car is truly special. Though overshadowed by many of Germany's and Italy's elite cars, the Lotus Esprit remains a very impressive car in all respects. Given its fame and performance, it is fitting that Lotus unveiled a new generation of the Esprit in 2010 that will go into production in a couple of years. Long-live the 'Spirit'.
Sources:
'Buy: View Lots (Lot 170: Lotus Esprit Turbo V8)', (http://www.rmauctions.com/FeatureCars.cfm?SaleCode=AZ11&CarID=r313&fc=0). RM Auctions Arizona. http://www.rmauctions.com/FeatureCars.cfm?SaleCode=AZ11&CarID=r313&fc=0. Retrieved 10 January 2011.Wikipedia contributors, 'List of Formula One World Constructors' Champions', Wikipedia, The Free Encyclopedia, 9 December 2010, 08:17 UTC, http://en.wikipedia.org/w/index.php?title=List_of_Formula_One_World_Constructors%27_Champions&oldid=401414099 accessed 10 January 2011Wikipedia contributors, 'Lotus Esprit', Wikipedia, The Free Encyclopedia, 31 December 2010, 15:45 UTC, http://en.wikipedia.org/w/index.php?title=Lotus_Esprit&oldid=405177349 accessed 10 January 2011Wikipedia contributors, 'Lotus Europa', Wikipedia, The Free Encyclopedia, 3 December 2010, 20:55 UTC, http://en.wikipedia.org/w/index.php?title=Lotus_Europa&oldid=400372352 accessed 10 January 2011By Jeremy McMullen 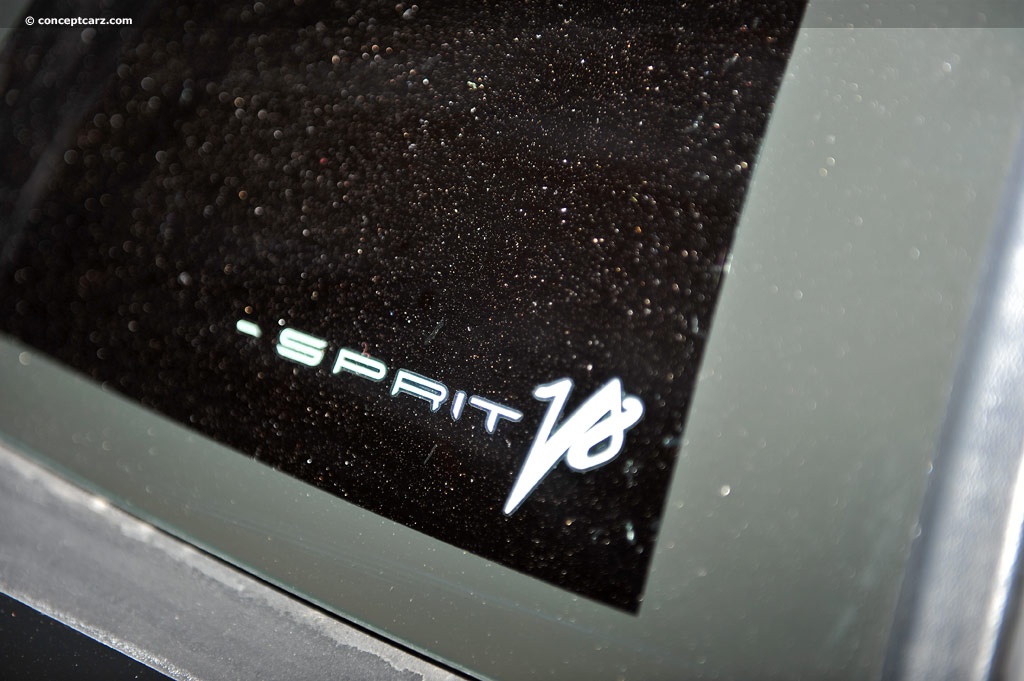 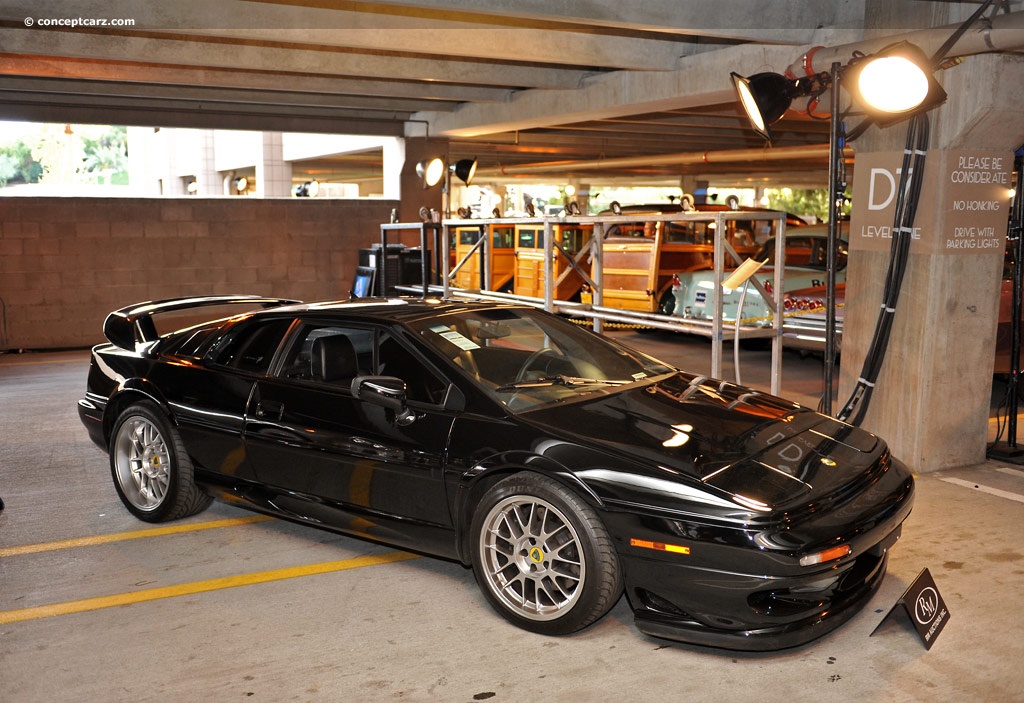 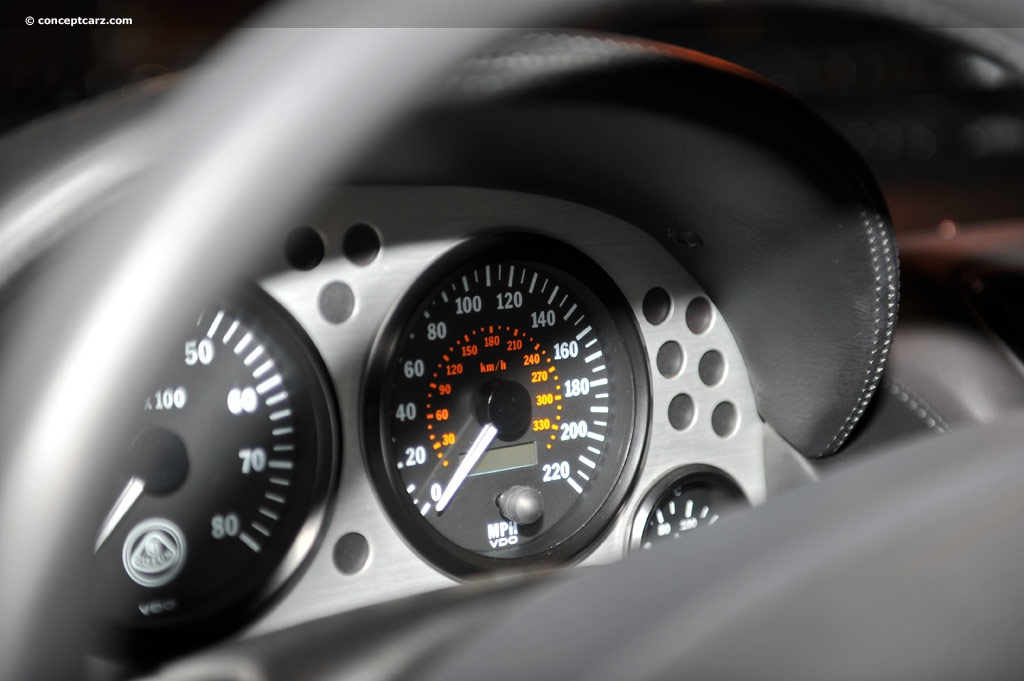 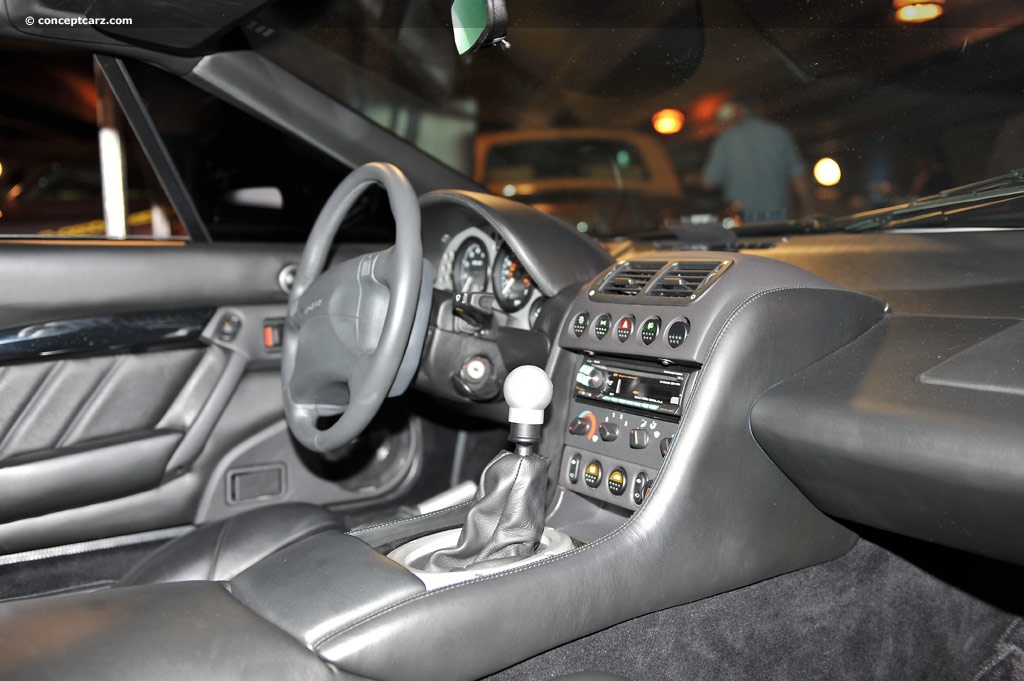 Lotus Esprit V8s That Failed To Sell At Auction

2003 Lotus Esprit V8's that have appeared at auction but did not sell. 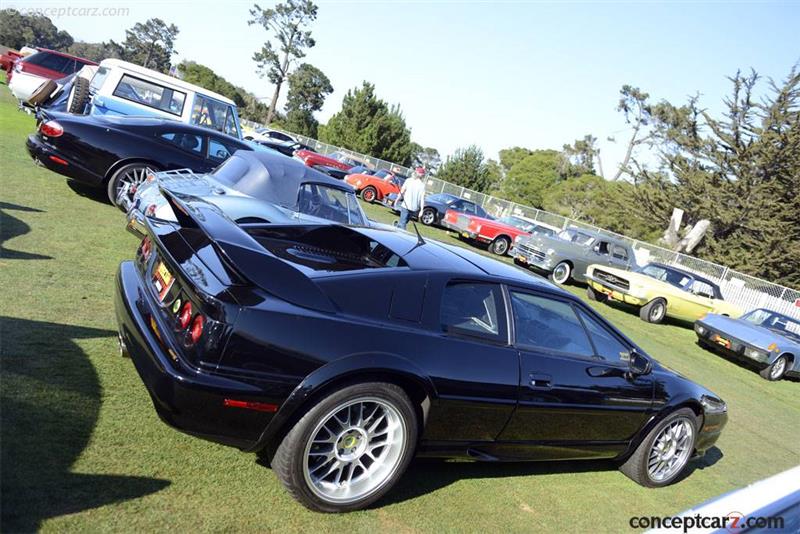