Sold for $83,600 at 2007 Vintage Motor Cars at Amelia Island.
Sold for $82,500 at 2010 RM Auctions - Automobiles of Amelia Island.
The Ferrari 348 GT Michelotto Competizione was produced in limited numbers, with just 11 being built and only four making their way into the United States. The Michelotto tuned 348 GT's were given stock engines with modifications that brought horsepower to 360. The body was modified with Lexan rear windows and lightweight alloy panels for the engine cover and deck lid. Carbon fiber was used throughout the vehicle, including the bumpers and doors. 15-inch Brembo disc brakes were covered by 18-inch Speedline center-locking five-spoke magnesium wheels. The suspension was given fully adjustable Koni dampers and revised geometry. Gussets were installed around the engine bay to increase the structural rigidity. All non-essential interior items were removed in an effort to reduce the overall weight. The stock pedals were replaced with drilled aluminum pedals. An FIA roll cage was installed in the interior to helped protect the driver in case of an accident. Racing seats and a racing steering wheel completed the interior modifications.Of the 11 that were created, nine were never raced and put directly into private collections. One of the remaining two finished 8th in the GTU class at the 1994 Daytona 24 Hours. The other claimed overall victory in the Group 2 category of the 1993 Italian Supercar GT Series.This example is fitted with a full fire-extinguisher system and Momo race seats. It has been raced sparingly and been owned by two owners since new. It was offered for sale at the 2007 RM Auctions held in Amelia Island, Florida where it was estimated to sell between $90,000 - $120,000. It is powered by a 3405cc V8 engine that is capable of producing 360 horsepower. There are five-speed manual transaxle and four-wheel vented disc brakes. It is a race car and as such, not street legal.
At the auction, this rare and unique vehicle found a new owner, selling for $83,600.
The car returned to auction in 2010 at RM Auction's 'Automobiles of Amelia Island' sale in Amelia Island, Florida. The car was estimated to sell for $60,000-$80,000. As bidding came to a close, the car had been sold for the sum of $82,500 inclusive of buyer's premium.
By Daniel Vaughan | Apr 2010

Ferrari 348 GT Michelotto Competiziones That Failed To Sell At Auction

1994 Ferrari 348 GT Michelotto Competizione's that have appeared at auction but did not sell. 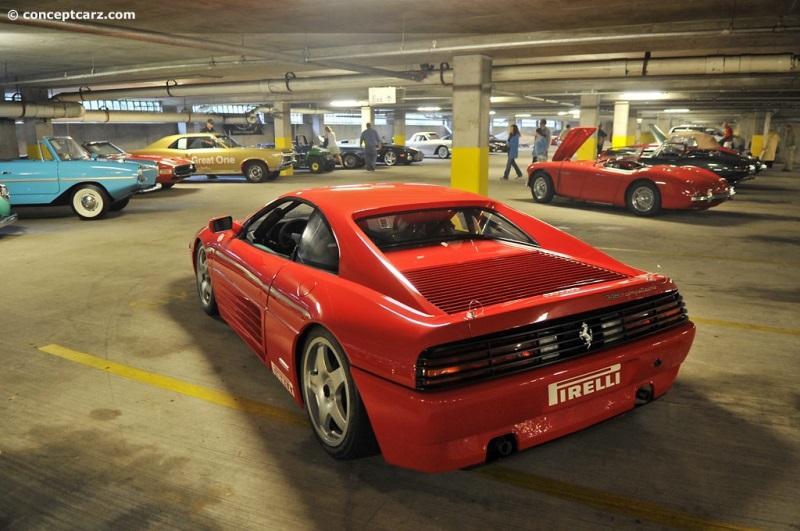