This 1913 Benz 82/200 HP Touring car has a massive, 21.5-Liter engine. In the early days of motoring, before there was limit on displacement size in racing, the best way to increase horsepower was to increase the displacement size. Displacement size grew quickly in the early years of automobile production, until regulations in 1913 had engineers searching for new methods of increasing horsepower. Displacement size was limited to 7.4-liters.Karl Friedrich Benz was born in Germany on December 6th of 1844. He is remembered as the inventor of the first automobile as he was the first to patent his work. He was granted a patent for his engine in 1886, a design he had created in 1878. When Karl Benz made the decision to enter motor racing, he turned towards France. The French had proven their abilities in motorsport competition and were a suitable choice in aiding in the production of a Grand Prix car. In 1908, Benz introduced the Grand Prix racer, which was powered by a 12.8 liter four-cylinder engine capable of producing 120 horsepower. The vehicle had a top speed of 160 km/h and was one of the more capable vehicles on the track.
Benz turned his sights on capturing a land speed record. The four-cylinder engine was removed and replaced with an one used to power aircraft. The result was a 228 km/h top speed and the fastest car on the planet in 1909. It was even faster than the trains and aircraft of the time; the car was twice as fast as any airplane and the rail speed record was 210 km/h which was set in 1903. The vehicle used to accomplish this feat was the dubbed the 'Blitzen-Benz'. The record would remain for eight years.
The knowledge gained in motor racing was used in designing and building road-going vehicles. The engines used in the Grand Prix cars were de-tuned to better accommodate the road-going vehicles. Though the engines were capable, much of the mechanical components were not up to par. The braking was still rather inadequate to keep the heavy coachwork in the drivers control. Fuel consumption was also an issue, as the large engines required much fuel. The base model for the road-going series was the 10/18 HP which was powered by a four-cylinder engine displacing 2.4 liters. A larger 7.4-liter version was offered, the 29/60 HP, at a considerably higher price tag. These vehicles were followed by the '39/100 HP' and the '82/200 HP' models in 1912. The 39/100HP was powered by a 10-liter engine, while the 82/200HP had a 21-liter engine that produced 200 horsepower. The 82/200HP Benz was among the fastest road-going cars of the day. Top speed was just over 100 mph and only six were constructed. These vehicles were fast and dangerous. Of the six created, only two remain. One is owned by Mercedes-Benz and the other is in the possession of a US collector. This Benz 82/200 HP was shown at the 2006 Pebble Beach Concours d'Elegance, after just been treated to a three year restoration. It has spent most of its life in Europe, having only recently come to the US. This is the sixth vehicle to be constructed, and was delivered to its first owner on December 24th of 1913. It sits on a long, 3200mm chassis, while the other five vehicles rest on a 2800mm wheelbase. Its is mostly original, except for the running boards and fenders. The coachwork was done by D&E Snutsel Pere & Fils and finished in four-seater convertible configuration. It was raced at Brooklands in this configuration, without the running boards, top, windshield, and fenders. It did well in competition, as there was little that could keep pace with this powerful engine. The elegant body and large engine may have made the horsepower-to-weight ratio a bit more competitive with the competition. The low-slung chassis would have given this vehicle and excellent advantage in handling and cornering.The displacement size of the engine is very large, allowing a high degree a horsepower from while retaining low RPM and compression ratios. There were no brakes on the front wheels; in the rear, there were expanding brakes and an external band brake on the intermediate shaft. At the Pebble Beach Concours, this vehicle was awarded Best in Class in the 'Antique Through 1915' category.
By Daniel Vaughan | Apr 2007 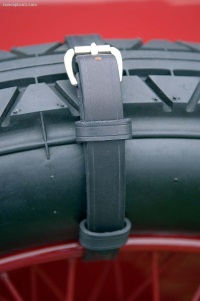 Benz 82/200HPs That Failed To Sell At Auction 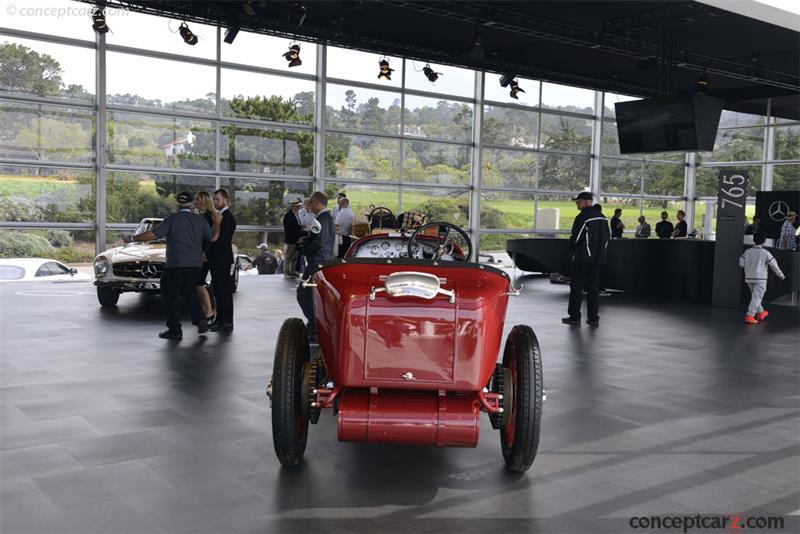