Sold for $990,000 at 2011 RM Auctions at Monterey.
Ettore Bugatti had already showed promise as an engineer and constructor even before he was even old enough to legally sign a contract. Ettore had first caught attention when he built his first automobile in 1900 at the age of nineteen. It would go on to win the Grand Prix of Milan and would earn Bugatti the French Automobile Club's 'incentive prize'.

The victory would also set Ettore's life in the automotive industry on its way. After partnering with a number of manufacturers and individuals, Bugatti would develop a lightweight car which he would later produce under his own name. He would develop the car in his basement while working at the Deutz gas engine plant. Always considering himself to be an artist in the field of automotive design, Ettore would oversee the birth of the highly popular and successful Type 35. Not only did it present a simple and elegant design, it would also feature a mean streak to itself and would go on to become the company's most successful racing model.Proving such a gift of artistry ran in the family, Jean Bugatti (Ettore's son) would develop and introduce the Type 57. Produced from 1934 through 1940, the Type 57 would feature a number of body styles including the 57C, 57S, SC, Atlantic and Atalante.
Of course, of all the models of the Type 57, the two-door coupe body-styling of the Atlantic would be considered the most popular. Many would consider it to be the most elegant and beautiful pre-war car to ever be made. But the Atlantic wouldn't be the only elegant coachbuilt Type 57 out there.
One of those rare Type 57s would be offered at this year's RM Auction held in Monterey, California in August. Discovered in France in 2000, the 1935 Bugatti Type 57 'Grand Raid' Roadster was one of just two Bugatti Type 57 roadsters to be built by Carrossie Worblaufen in Switzerland.The first prototype would make its debut at the Paris Motor Show in 1934. Designed and built by the Ramseier brothers of Worblaufen, the prototype featured a height lower than the standard model. It had a higher rear axle ratio and a two-part dashboard with a speedometer and tachometer at each end. The body design was also quite captivating. Besides featuring a lower height than the standard model the 'Grand Raid' would also have a cut-down windscreen. The bodywork would beautifully sweep downward from behind the passengers' heads. The rear bulbous fenders were enclosed giving the design an elegant but fierce look. The front highly-contoured front fenders seemed totally detached from the rest of the car but would frame and hug the famous Bugatti grille.The first prototype of the 'Grand Raid' was absolutely stunning from all points, including the 137 hp, 3.2-liter straight eight under its hood. But this would not be the car offered at the RM Auction. But it also wouldn't be just any other of the ten Grand Raids. No, the car offered would be the only other 'Grand Raid' ever to be produced by the Ramseier brothers, and therefore, a truly historic and rare edition to the auction.The chassis would be produced in November of 1934. Jules Aellen would then commission the brothers in March of the following year to build the coachwork for the car. Complete with a leather picnic basket, Aellen would take delivery of his beige and black finished roadster just in time for the Montreux Concours. At that event, the new car would earn best of show honors.The Aellens would keep the car until the late 1940s when it would be sold to Chassures Henri, a shoe company. The car would be spotted again with a new owner during the mid-1950s. But in 1960, the car would be shipped to France. In 1970 the car would be purchased by Jean Serre and would remain in his private collection from some thirty years. In 2000, the car would be acquired by an American collector.
The American collector was presented the challenge of having this rare piece of Bugatti history restored as it had been involved in an accident. It would be shipped to Rod Jolley Coachbuilding in England. An extensive restoration would follow including interviews with Paul Ramseier and finding and photographing the sister-car for aids in the restoration process.
After great financial investment and time, the car would be fully restored, including the original paint color, and is presented for sale in this original restored state. This car, which is estimated to earn $1,000,000 to $1,300,000 at auction, would be welcomed at Pebble Beach in 2005 and would end up 2nd in class. A truly rare and exotic car, this 1935 Bugatti Type 57 'Grand Raid' Roadster by Carroosserie Wordblaufen would certainly be a 'best in show' in any collection.Sources:
'Featured Lots: Lot No. 220: 1935 Bugatti Type 57 'Grand Raid' Roadster by Carrosserie Worblaufen', (http://www.rmauctions.com/featurecars.cfm?SaleCode=MO11&CarID=r115&fc=0). RM Auctions. http://www.rmauctions.com/featurecars.cfm?SaleCode=MO11&CarID=r115&fc=0. Retrieved 17 August 2011.'Tradition: History', (http://www.bugatti.com/en/tradition/history.html). Bugatti.com. http://www.bugatti.com/en/tradition/history.html. Retrieved 17 August 2011. Wikipedia contributors, 'Bugatti Type 57', Wikipedia, The Free Encyclopedia, 15 May 2011, 20:01 UTC, http://en.wikipedia.org/w/index.php?title=Bugatti_Type_57&oldid=429282827 accessed 18 August 2011By Jeremy McMullen

1935 Bugatti Type 57's that have appeared at auction but did not sell. 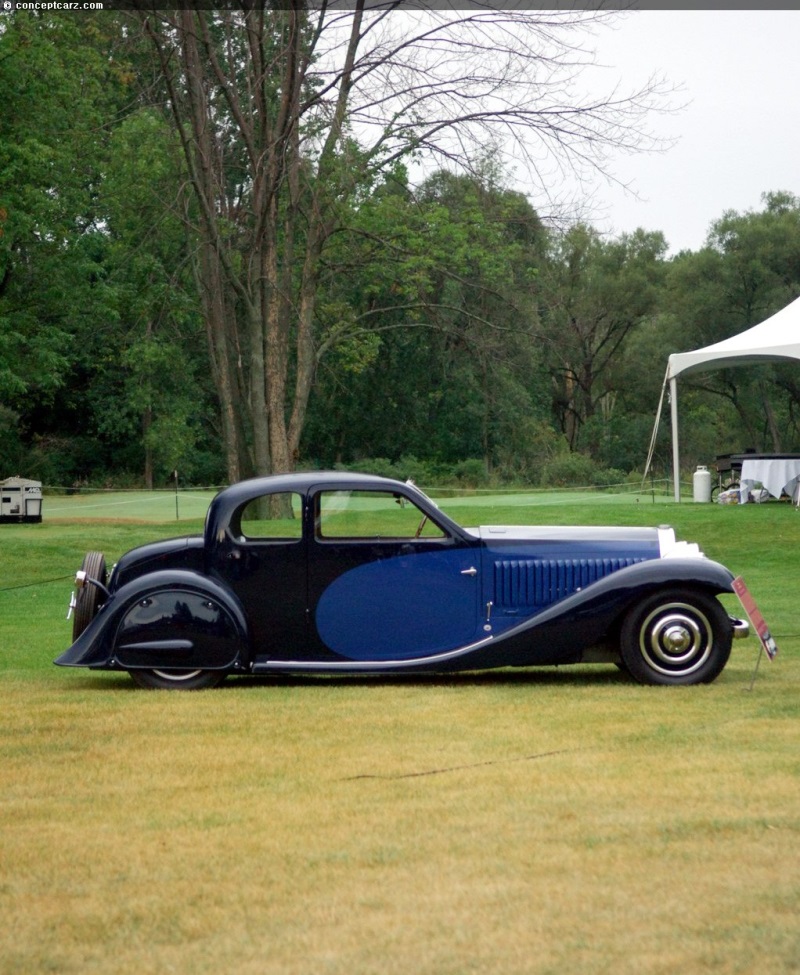 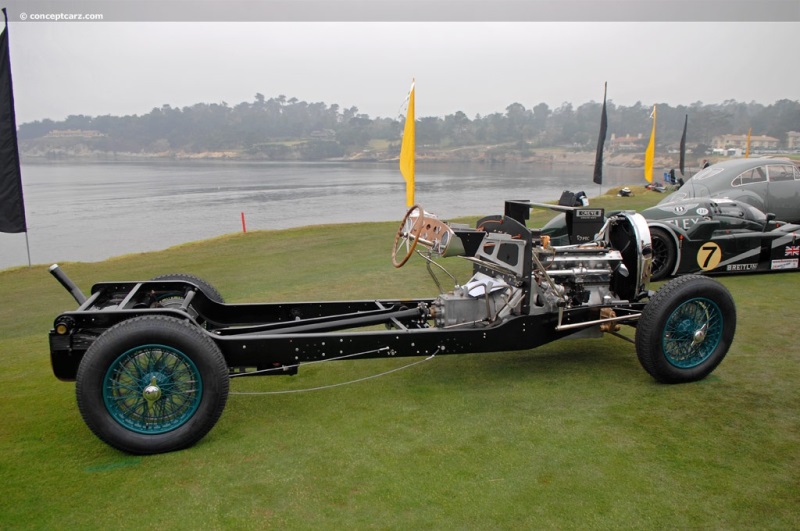 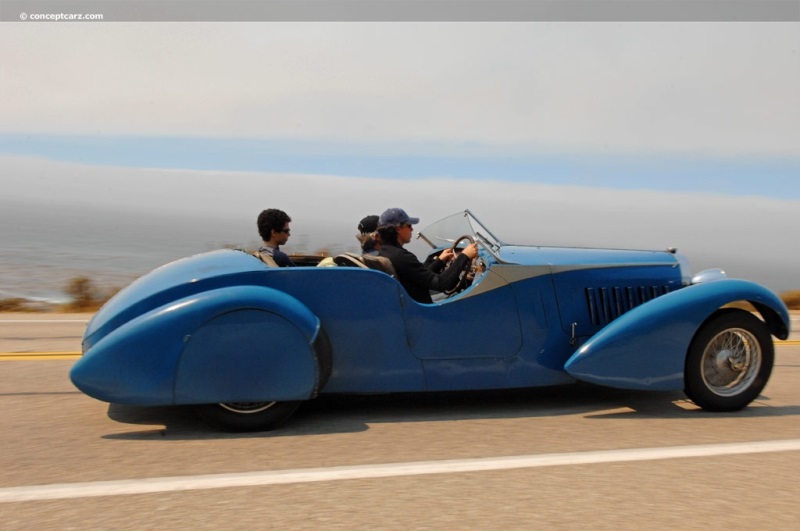 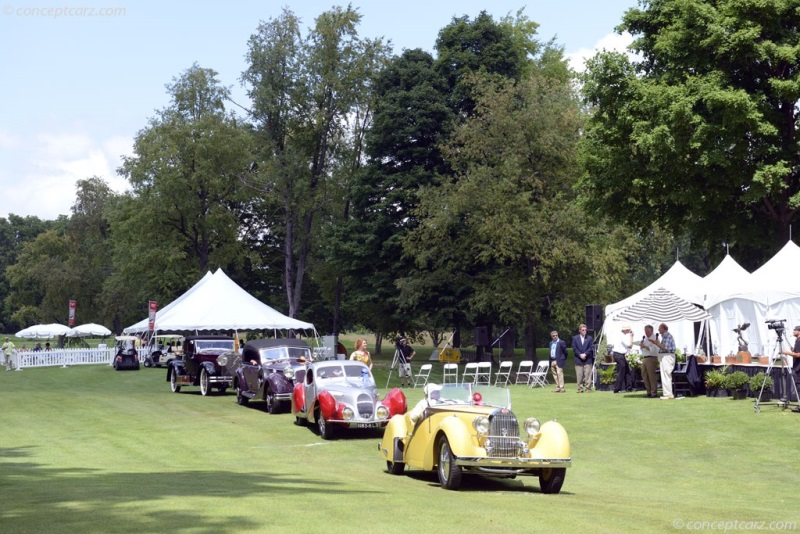 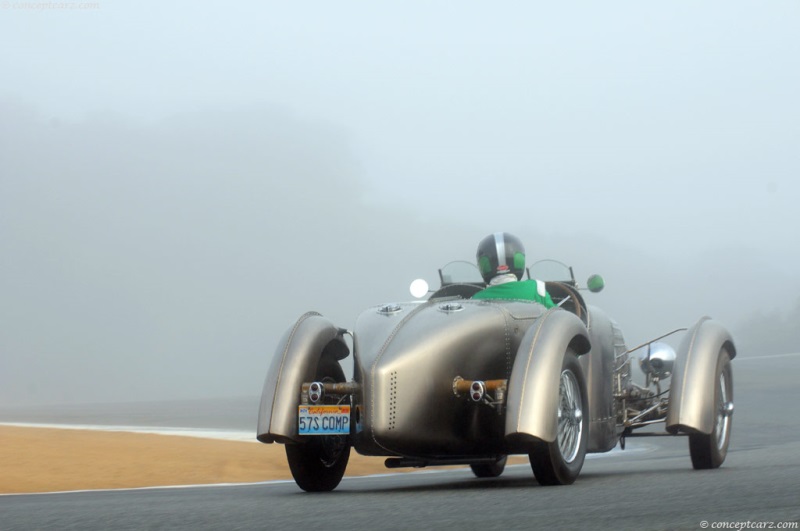 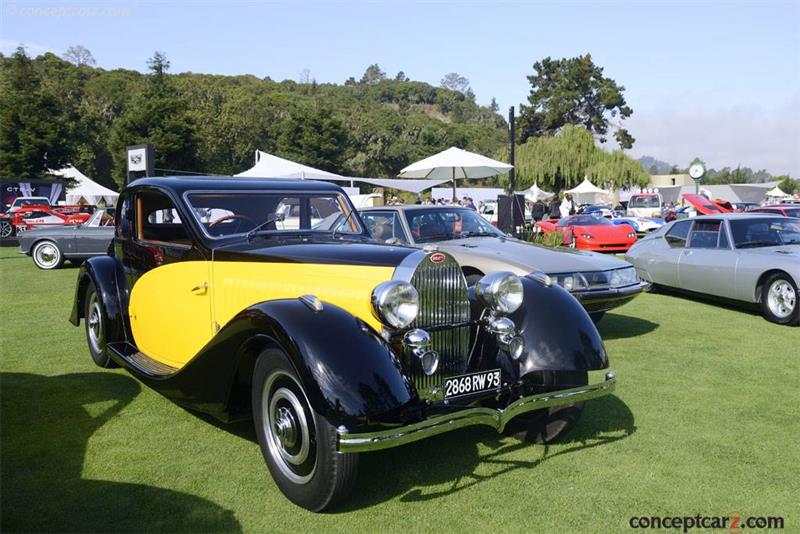 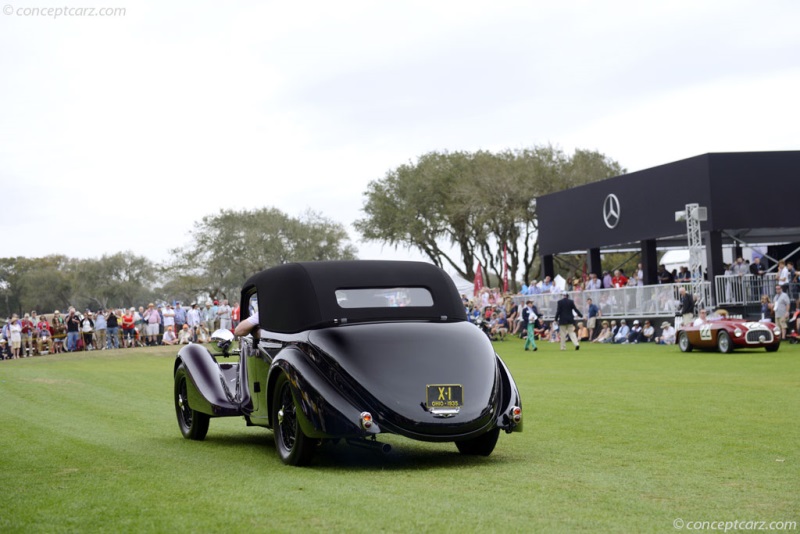 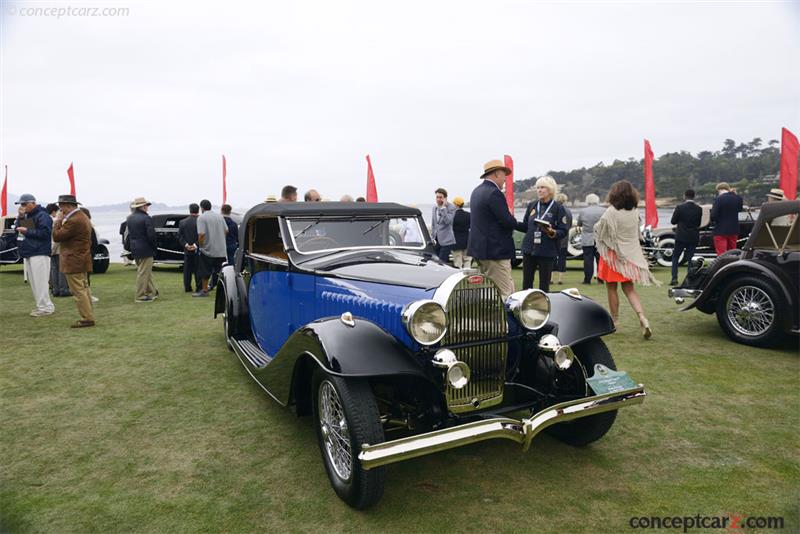 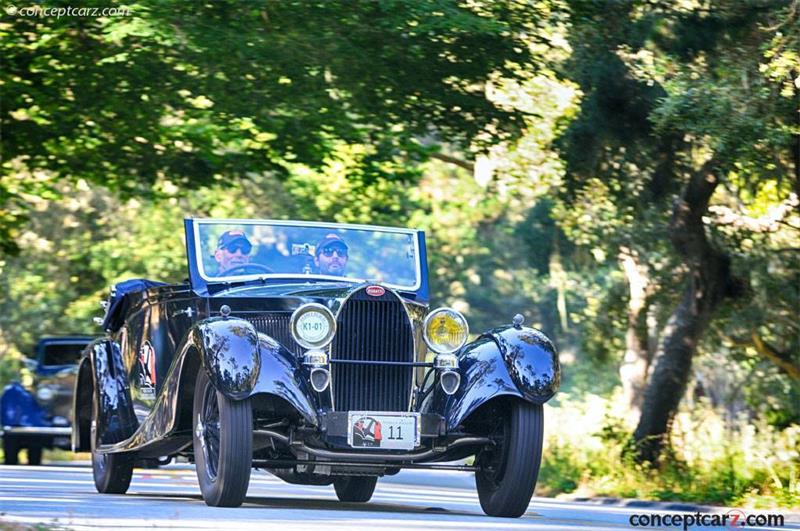 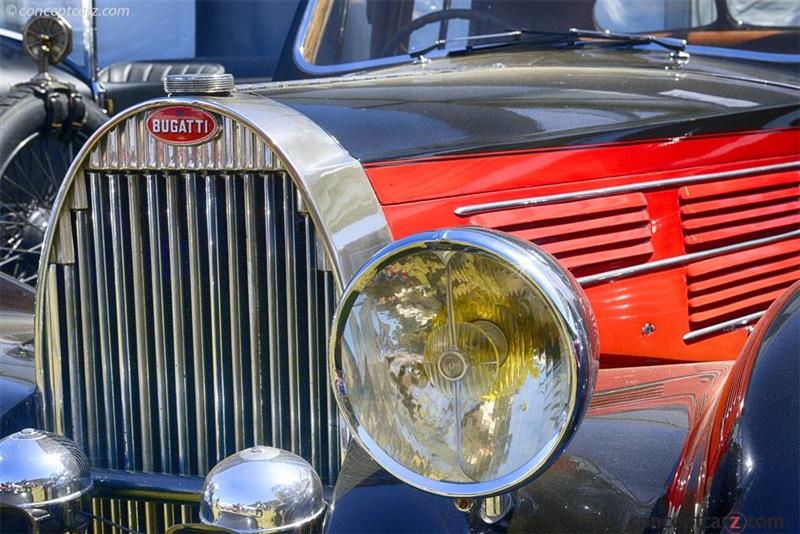 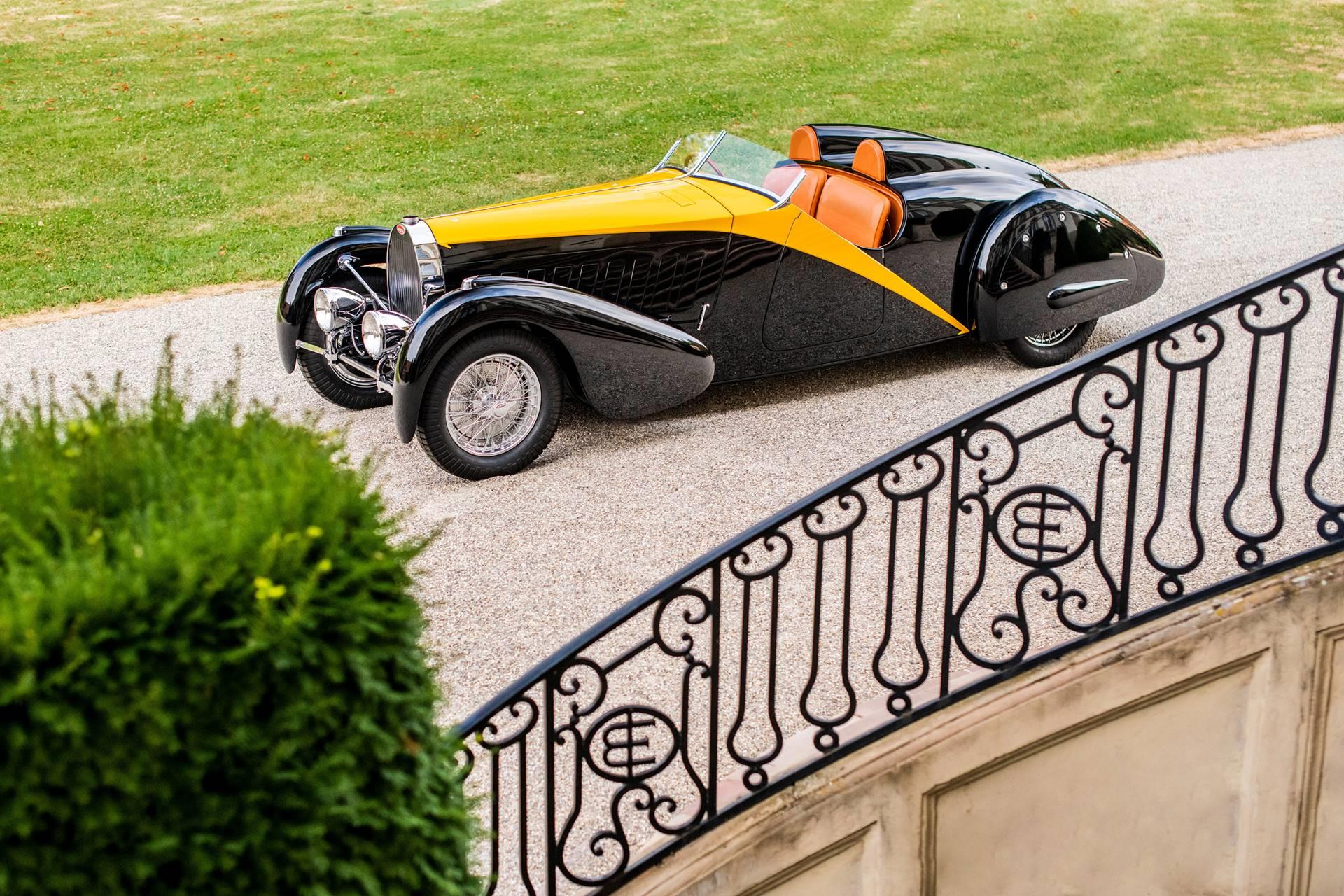