Sold for $4,620,000 at 2011 RM Auctions at Monterey.
Sold for $7,480,000 at 2013 RM Auctions - Monterey.
Sold for $6,600,000 at 2017 RM Sotheby's : Arizona Auction.
Considered the ultimate 540K, the Special Roadster would be an impressive achievement and reflected Mercedes' non-acceptance of anything other than perfection. A massive and awe-inspiring automobile, the Special Roadster has a commanding presence no matter its surroundings.Deep within the Special Roadster beats the heart of a grand touring automobile meant to deliver its occupants great distances in great comfort. Only 25 of these roadsters would be built between 1935 and 1939. Even fewer of those 25 would be built as one-off designs on the later 540K chassis. However, 408383 would be just such an example.Perhaps the final roadster to be built as a result of the war, 408383 would be completed with a five-speed transmission, the first year in which the five-speed would be introduced. Ordered for the Horn brothers, the Special Roadster would feature some usual features like the raked radiator and low doors. However, the car would boast of a number of unique touches. Those touches would include the lack of running boards, a steeply-raked windscreen that could be opened, chrome accents along the hood and beltline of the car and aerodynamic tapering over the folded top. However, the most easily-recognizable one-off design would be the design of the fenders. Fully skirted, the fenders look almost teardrop in shape and therefore give a very pronounced look over each of the tires.
The roadster would be delivered to the Horn brothers in a dark blue livery and they often would be seen driving it until the war made it almost impossible to do so. Like the lives of so many during the Second World War, much history would be lost. What is known about 408383 is that it would be discovered in the Soviet Union by Alf Johansson, a Swedish reporter, in 1962.
Johansson had been in the Soviet Union since 1945 and he would come across the car at the summer home of a Soviet general. Following the death of the general, Johansson would try desperately to acquire the car. His persistence would pay off and he would be given the car, but that would be only half of the battle. He next had to figure out a way to get it to Sweden. Boldly, Johansson would drive it to the Swedish border and would end up rescuing the Mercedes-Benz Special Roadster from its unknown fate in the Soviet Union.A number of years later, the 540K would be imported to the United States and this unique and intriguing Special Roadster would end up the property of Tom Barrett and the Imperial Palace Auto Collection of Las Vegas. After a while, 408383 would join the extensive Lyon Family Collection in California where it would remain for more than two decades. In a rare public offering, the Special Roadster would be sold in 2011 for the amount of $4,620,000. Two years later, the car would return to auction providing another rare opportunity to own a truly uncommon Special Roadster. Sold at the 2013 RM Auctions Monterey event, the 1939 Mercedes-Benz 540K Special Roadster would earn no less than $7,480,000.By Jeremy McMullen

Sold for $4,620,000 at 2011 RM Auctions at Monterey.
Sold for $7,480,000 at 2013 RM Auctions - Monterey.
Sold for $6,600,000 at 2017 RM Sotheby's : Arizona Auction.
As the Third Reich continued to expand and its power continued to swell, the Nazi hierarchy went looking for a car suitable for their image, and their protection. They would look, obviously, to a national company and they would go no further than the Mercedes-Benz 500 series.Of course there were few competitors for Mercedes-Benz at the time they would introduce their 540K in 1936 at the Paris Motor Show. Yet although there was little competition, the quality or craftsmanship utilized for the 540K would make it an instant classic and one of the most desirable models of car, whether a two-seater cabriolet, four-seater coupe or even a seven-seater limousine. Much of the draw and appeal had to do with the heart and soul of the car. Powered by a big 5.4-liter straight 8-cylinder engine, the car would already have an engine capable of producing 115 hp. However, a Roots supercharger would be attached to the engine. This would either provide intermittent power increases, or, would provide constant power when the accelerator pedal was firmly pushed to the floor. With the supercharger, engine horsepower increased to 180 bhp.
One of the other attractive points to the 540K was its sheer size. The car had a commanding presence and weight, just what such leaders as Adolf Hitler and Hermann Goering would want to convey to their subjects. However, because the car was already big and beefy it could handle having bullet-proof windows and bodywork added to it. One such example, nicknamed the 'Blue Goose' would drive Reichsmarschall Hermann Goering around. The car was called the 'Blue Goose' because it was painted Goering's favorite blue and would also have his family crest painted on the doors.

While already a very special and exclusive car, none of the 540Ks would touch the exclusivity of a Spezial Roadster. Built at the Sindelfingen factory, certain 540Ks would undergo numerous customizations according to the tastes of the customer. One example of these special customizations would appear at the RM Auctions in Monterey, California in August.

Mercedes-Benz 540K was a special kind of luxury car. Almost immediately upon its first appearance, the new 540K would become the company's crown jewel for luxurious automotive car making. However, there was more to the 540K than merely getting into the exquisite leather interior and have the passengers coddled in extreme comfort while touring the town. The heart and soul of the car had been birthed from the race track and the incessant battles with its fellow national car company Auto Union. The 540K would blend the romance of sheer, raw performance with the romance of comfort and elegance.
Chassis number 408383 would superbly represent that amalgamation and would even take it to a whole new level. This model design would have to be considered the most exceptional and ultimate examples of the 540K ever produced.Every 540K drew from the very best of Mercedes-Benz resources of men and materials. This car would be regarded as drawing not only from the best craftsmen and materials, but also, the very best in design.Considered the pinnacle of classic era, the Spezial Roadster would cost nearly $15,000 by the time it would have been unloaded in the United States during the late 1930s. Nothing was in the same category as the car for price. But many could consider there wasn't another car available to compete with it in level of luxuriousness and performance either.

A study in shapes and lines, every angle of the Spezial Roadster is an absolute masterpiece work of art. Yet while it had the look of elegance and of grace, its performance would only add to the experience. The big behemoth of a car is anything but a nimble and light little sports car. However, its ride would be considered truly unparalleled and the suspension would seem to handle its two ton weight without cause for concern.

Such an experience couldn't be cheapened by regularity, and it wouldn't. Only 25 of the 540K Spezial Roadsters would be built, and one of those would be up for sale in Monterey.Chassis 408383 would be completed in August of 1939. It would be delivered to the Horn brothers in Berlin complete with its 180 hp 8-cylinder engine and five-speed manual transmission. This car would be designed for and would be placed on the 129.5 inch wheelbase. But the car would also have a very special and unique design.Consistent with Sindelfingen's philosophy of customer input to create a truly unique and custom design, it is believed Rolf Horn had influence in the design of this particular model's design. Such differences in the design include teardrop-shaped and fully skirted front and rear fenders, small frame covers instead of the usual running boards, the windows were altered to provide a sweep-back look, the windshield is more steeply raked, has blue-tinted glass sun-visors and had a limited amount of chrome brightwork that strikingly contrasts its black finish. The design of the car was truly ahead of its time as it would even show traces of lines and shapes that would become famous on the 300. Its design surely has specific features and looks that would become very much a part of car design in later decades.Because of the outbreak of World War II, the car would go into hiding. Some time after the war it would end up being discovered in the Soviet Union and would be purchased by Alf Johansson. Although Johansson had purchased the car, getting it out of the Soviet Union would not be easy. After time and again trying to get permission to have the car delivered out of the country Johansson would take a risk and would simply drive the car to the border in hopes of being able to leave. His excuse would be heading to Finland on holiday and it would surprisingly work.
After a number of years, the car would be resold to Thomas Barrett in 1977. It would later be acquired by the Lyon family and would remain part of their collection until making it available for purchase in Monterey.

Offered to the public, this is truly one rare and unique car. Surprisingly, after all these years it is also quite genuine and very original. Expected to garner between $3,500,000 and $4,500,000 at auction, this model exquisitely and quite adeptly represents what many comment to be the pinnacle of the classic era automobiles. At auction, the lot was sold for the sum of $4,620,000, including buyer's premium.
Sources:
'Featured Lots: Lot No. 232: 1939 Mercedes-Benz 540K Spezial Roadster by Sindelfingen', (http://www.rmauctions.com/featurecars.cfm?SaleCode=MO11&CarID=r246&fc=0). RM Auctions. http://www.rmauctions.com/featurecars.cfm?SaleCode=MO11&CarID=r246&fc=0. Retrieved 17 August 2011.Wikipedia contributors, 'Mercedes-Benz 540K', Wikipedia, The Free Encyclopedia, 11 August 2011, 23:46 UTC, http://en.wikipedia.org/w/index.php?title=Mercedes-Benz_540K&oldid=444353614 accessed 17 August 2011By Jeremy McMullen

1939 Mercedes-Benz 540K's that have appeared at auction but did not sell. 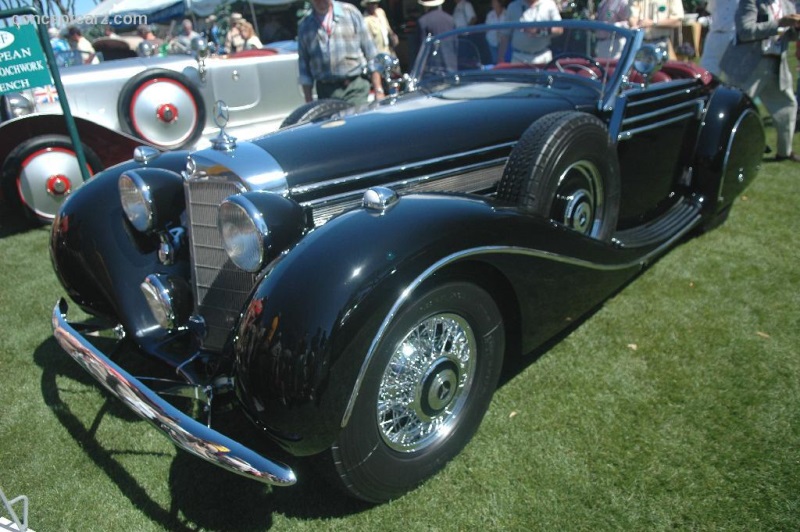 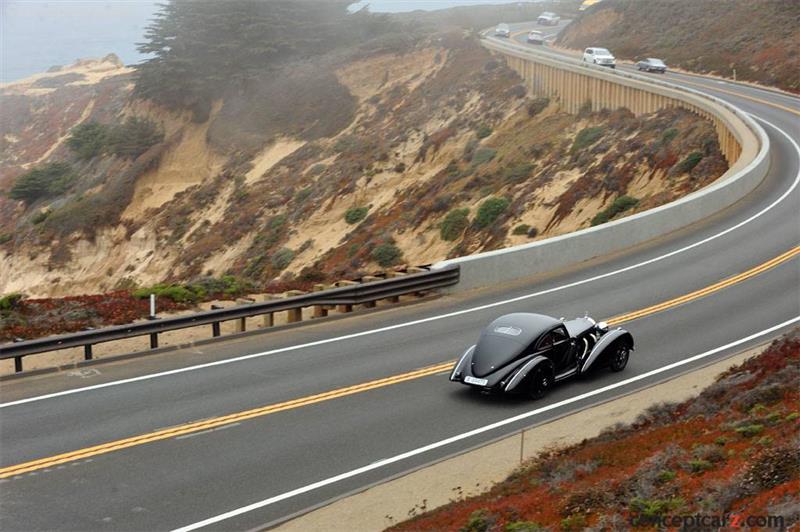 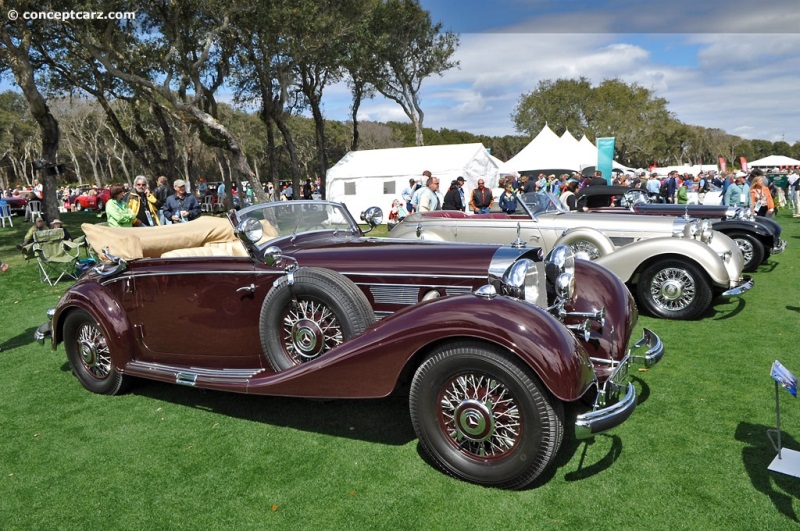 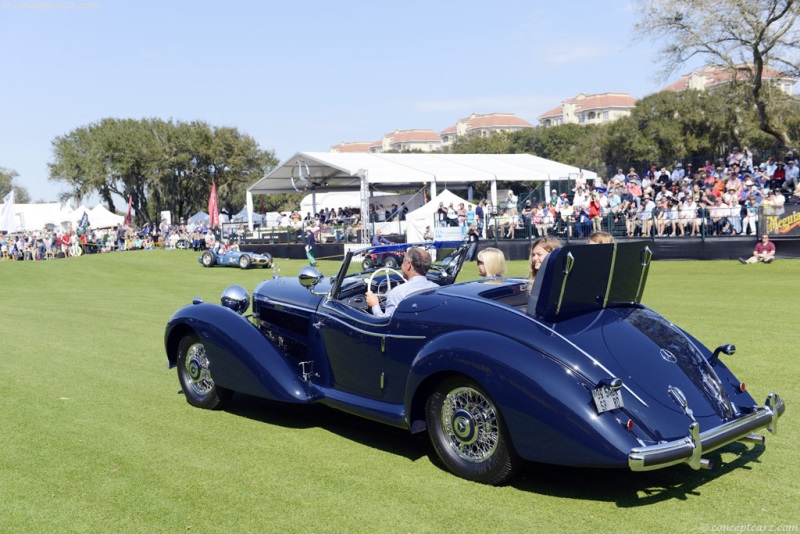 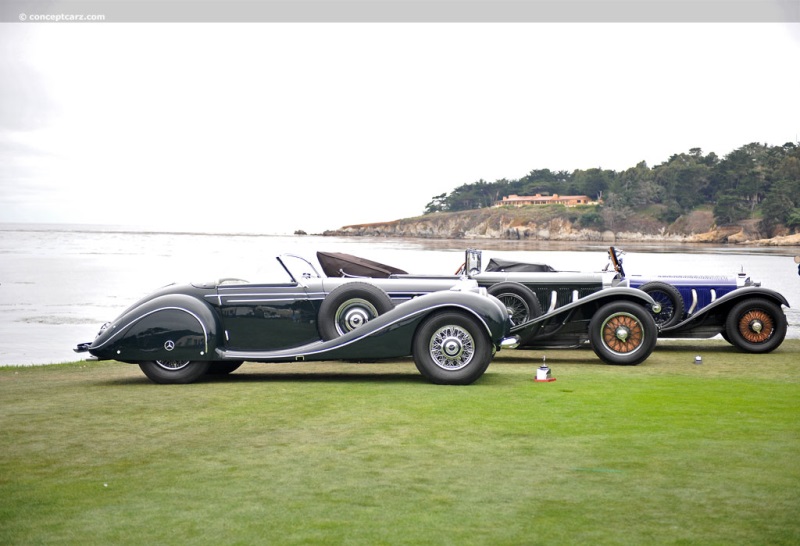 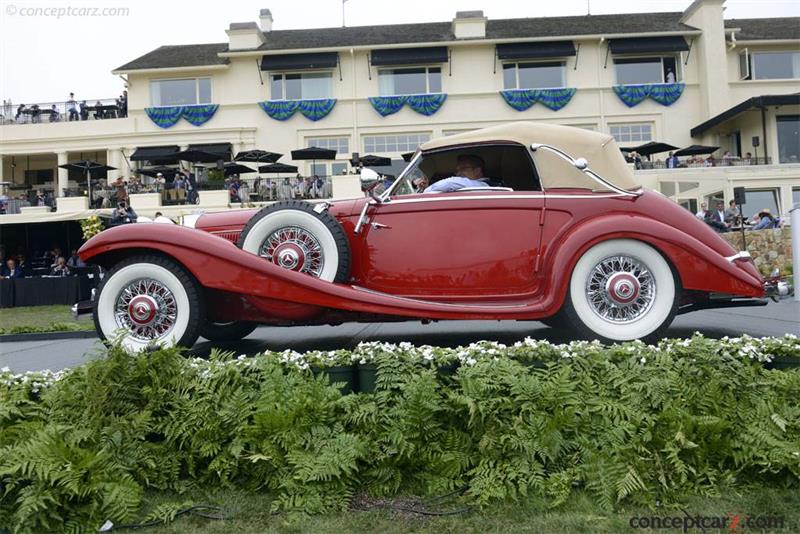