High bid of $385,000 at 2011 RM Auctions at Monterey. (did not sell)
Founded by W.O. Bentley in 1919 at New Streets Mews in London, Bentley Motors had been born after 'W.O.' had already made a name for himself building rotary engines for British World War I aircraft. Such aircraft as the Sopwith Camel would be powered by Bentley's engines. With such an engineering pedigree, it was an almost natural phenomenon that Bentley would turn to automobiles at war's end. By the early 1920s, Bentley had become synonymous with quality and performance. This reputation would be firmly cemented when Bentleys would go on to secure five 24 Hours of Le Mans victories. The first would come in 1924 with its 3-liter Sport. Then, from 1927 through 1930 Bentley would dominate as their models, like the 3-liter Super Sport and the 4.5-liter model known as 'Old Mother Gun', would go on to score four-straight 24 Hours of Le Mans victories. Bentley would go on to build some very elegant saloons and cabriolets in the years before World War II. After the war, Rolls Royce and Bentley car was moved to an engine factory in Crewe, Cheshire. It would be from there that Bentley would first introduce its Continental Coupe. The Continental would come to define Bentley. The inferred meaning of the name meant it all: intended to transport its passengers in absolute comfort over long distances. But in the case of the S1, the exterior of the car was as romantic as its interior. Its elegant and sleek body styling seemed just right travelling through the air. Lightly touched with such chrome accents as the grille, headlights and front and rear bumpers, the simple, and yet, rich detailing would grab attention at almost every angle.
In all, there would be seven body styles of the S1 Continental offered. One of those chassis types, an S1 Continental Drophead Coupe; built by Park Ward, would be offered at this year's RM Auction in Monterey, California.
Chassis number BC3LDJ would be brought brand new by Karl's Shoe Store Ltd. in 1957. Of course Harry Karl would become quite well known as the husband of the famous Hollywood actress Debbie Reynolds. The car would actually begin its life as a model built for the Los Angeles Auto Show. There would be 185 Bentley S1 Continentals built with Park Ward bodies. Of those 185, only 31 would come with left-hand drive drophead coupes. Therefore, this car is just 1 of 31 examples, which already makes the car something special. With a 6-cylinder, 4.8-liter engine capable of pushing the car up to speeds around 120 mph, Karl had a car that not only could go fast but it did so in such comfort that it was like sitting in one's chair in a robe and slippers, smoking a pipe and reading a good book.

Throughout the last couple of decades the car has been a part of a number of prominent collections and has been looked after quite extensively. Completed with a black and silver finish, the exquisite Continental also boasts of red Connolly leather and a burled walnut interior. With such refinements and intriguing history the car was expected to earn between $850,000 and $1,000,000 at auction. Elegant and tasteful, beautiful and stunning, there just are not enough adjectives to describe Bentley's defining model of luxurious driving comfort and performance.At auction, bidding reached $385,000 but was not enough to satisfy the reserve. It would leave the auction unsolved.Sources:
'Feature Lots: Lot No: 153: 1958 Bentley S1 Continental Drophead Coupe by Park', (http://www.rmauctions.com/featurecars.cfm?SaleCode=MO11&CarID=r200&fc=0). RM Auctions. http://www.rmauctions.com/featurecars.cfm?SaleCode=MO11&CarID=r200&fc=0. Retrieved 16 August 2011.'World of Bentley: About Bentley', (http://www.bentleymotors.com/world_of_bentley/about_bentley/). Bentley. http://www.bentleymotors.com/world_of_bentley/about_bentley/. Retrieved 16 August 2011.
Wikipedia contributors, 'Bentley', Wikipedia, The Free Encyclopedia, 14 August 2011, 21:59 UTC, http://en.wikipedia.org/w/index.php?title=Bentley&oldid=444869408 accessed 16 August 2011
By Jeremy McMullen

1958 Bentley Continental S1's that have appeared at auction but did not sell. 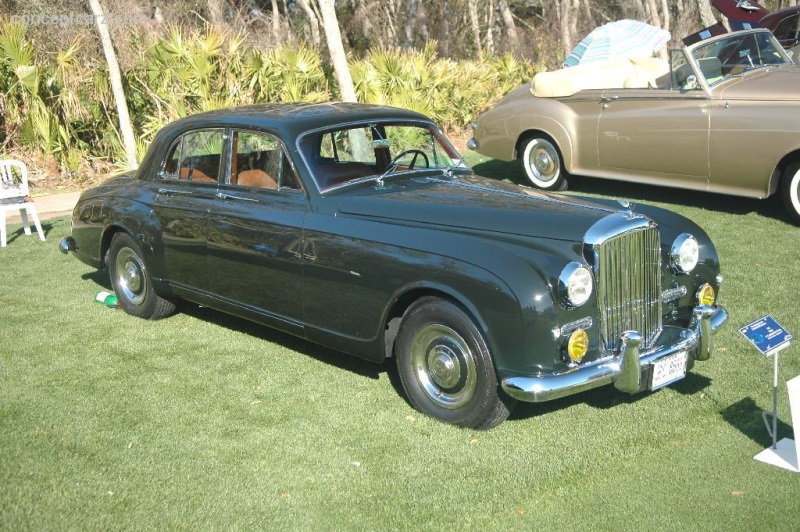 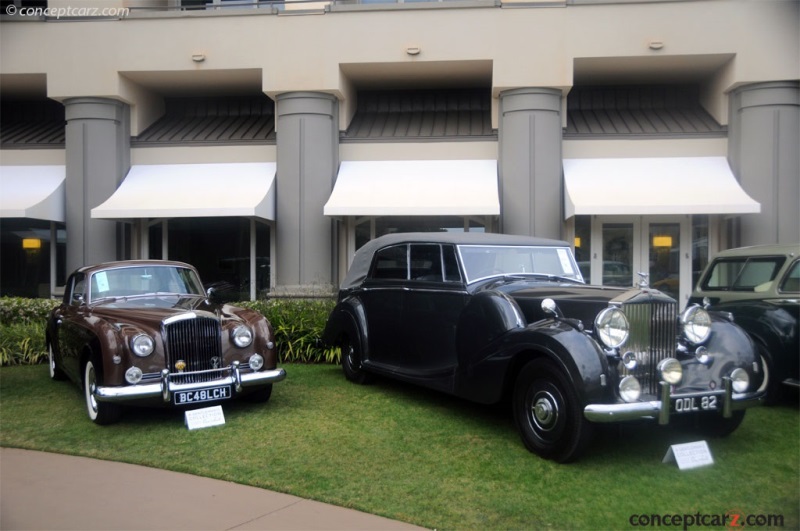 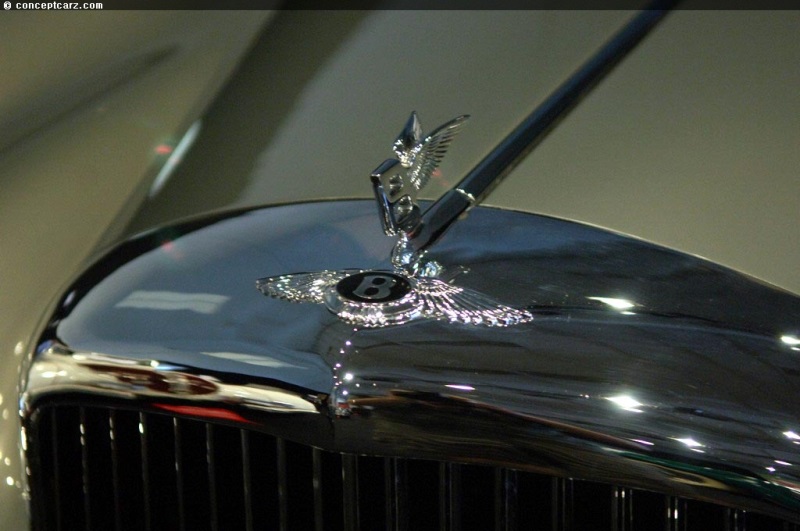 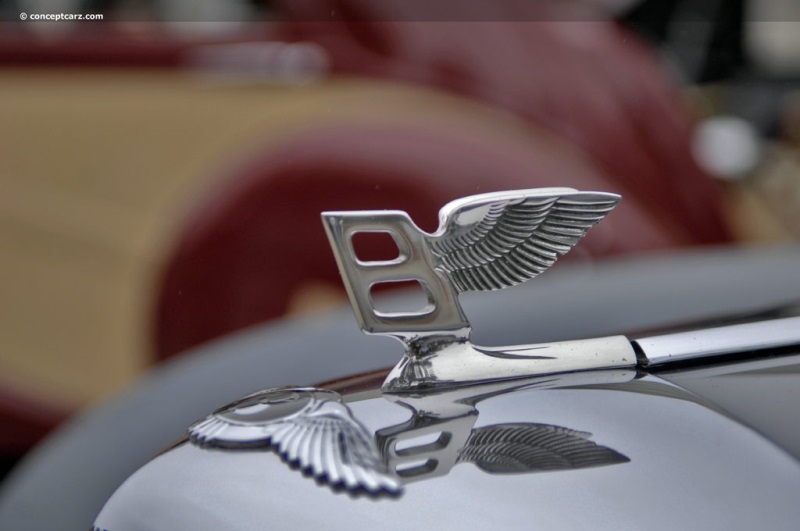 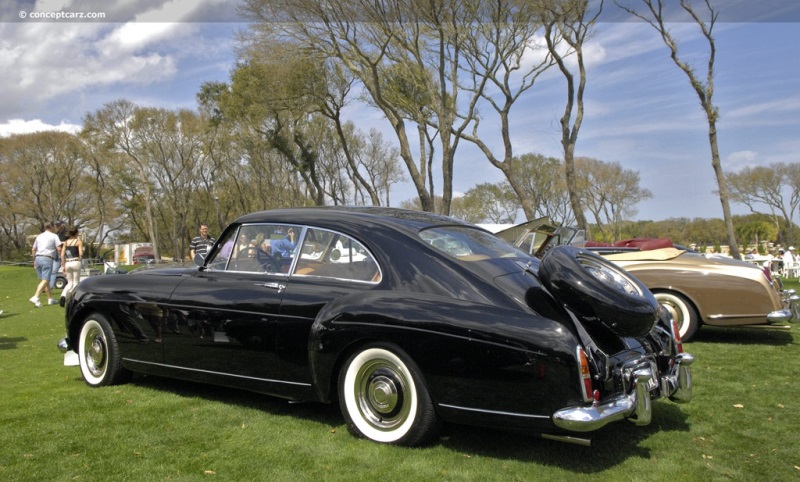 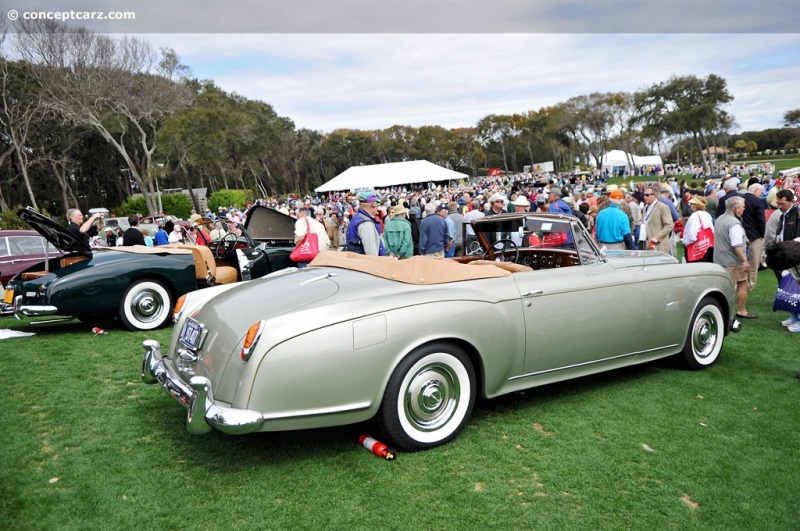 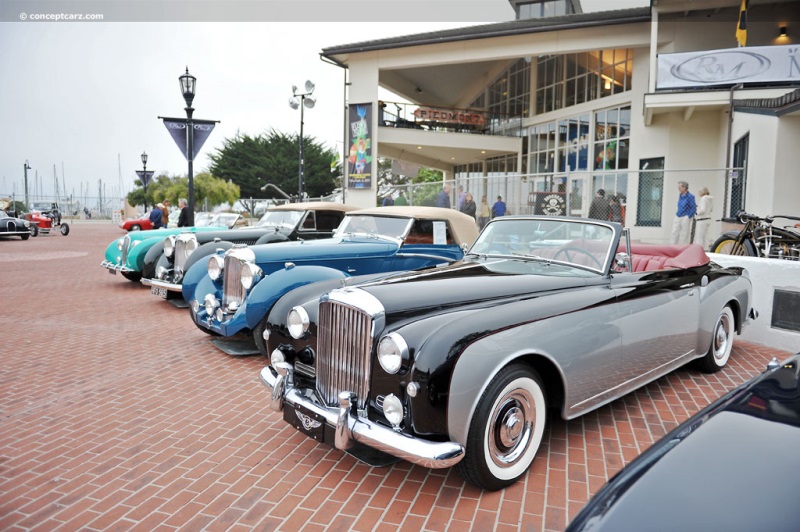 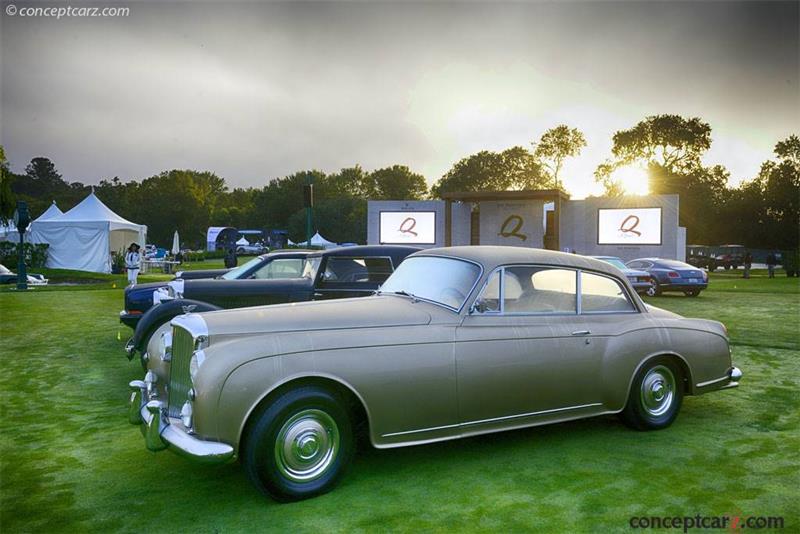 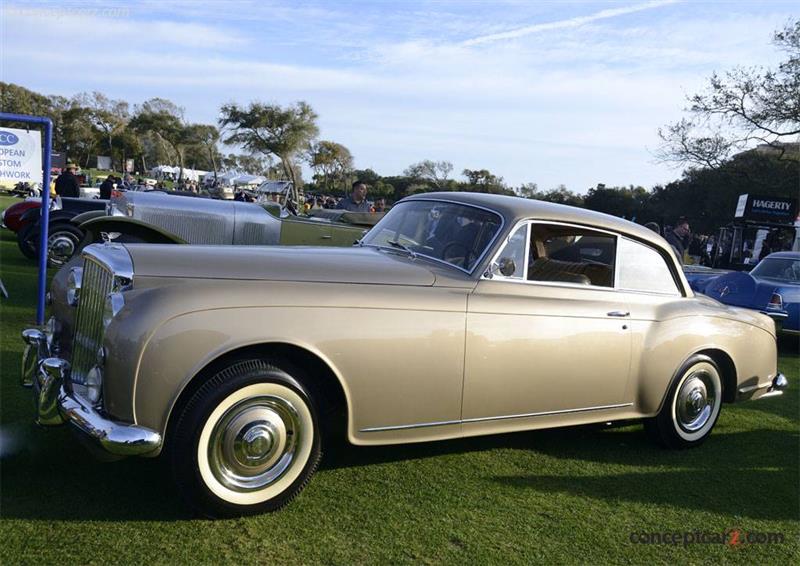 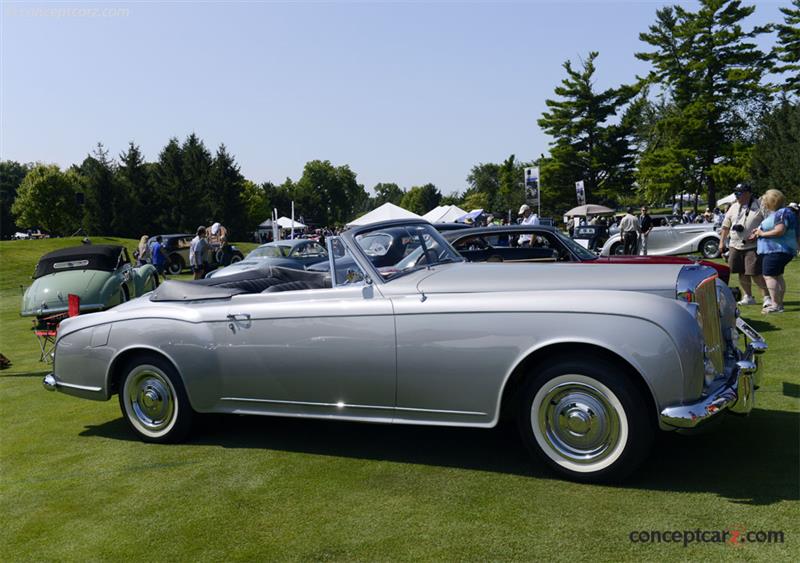 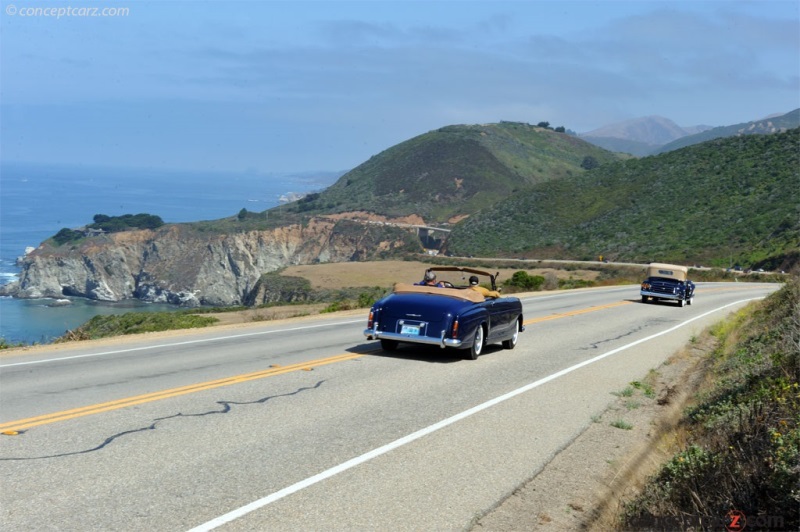 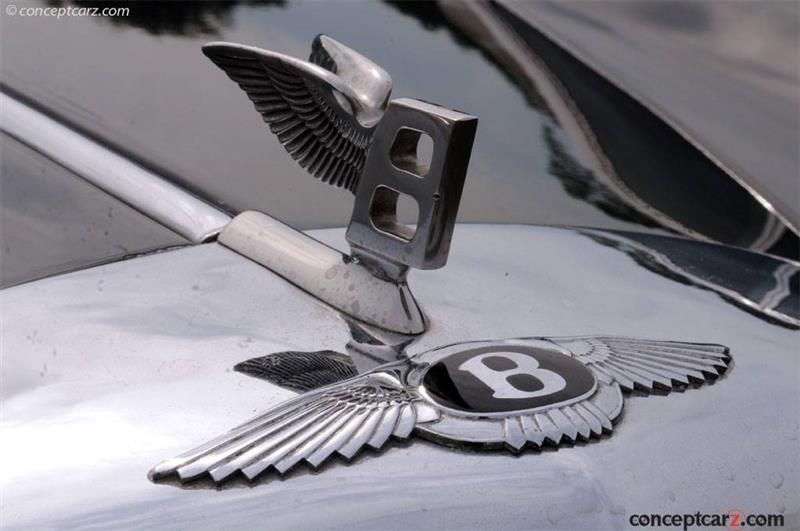