Sold for $2,090,000 at 2011 RM Auctions at Monterey.
Sold for $2,824,333 (€2,184,000) at 2013 RM Auctions - VILLA ERBA.
Born from the Superfast series of concept cars, the first model America to be produced was the 340. Born at a time when people were trying to finally emerge from the ruin of the Second World War and were ready to spend money and enjoy life, Ferrari decided to blend the excitement of motor racing with its customer cars. Utilizing the same engine that powered the Scuderia Ferrari Formula One cars like the 212, the 340 could produce over 197 hp. Only 23 would be built between 1950 and 1952. Different models of the America series would continue to be made. The 375 America, which would be produced between 1951 and 1955 would end up using the same engine that would power the Ferrari 375 in the 1951 World Championship. The 4.5-liter engine was capable of producing nearly 300 hp. Only about 40 would be built over the five year span.

In 1955, Ferrari would introduce its latest evolution of the America series. The car would become known as the 410 Superamerica. The new version would come with a 5.0-liter engine capable of producing around 340 hp. A number of custom body styles would be offered with the car, which would help to make it more than twice the price of a Mercedes-Benz 300SL 'Gullwing'. The body styles offered were either a 2-door coupe or a 2-door roadster designs. The appearance of the body styling depended on the designing firm. Boano and Ghia would make a few of the 34 to 35 that would end up being produced from 1955 to 1959. The 410 would give way to the 400, which would be produced until 1964. The new 400 model would offer such upgrades as four-wheel hydraulic disc brakes and a smaller 4.0-liter Colombo engine that; though was smaller, could still actually produce 340 hp. Once again, the body styling would be custom designs offered by such firms as Pinin Farina. Capable of reaching speeds around 165 mph, while doing so in lavish comfort, Car and Driver, in an article in April of 1963, would be moved to say, 'Owning one is, or should be, the goal of every automotive enthusiast anywhere.'
Well, at the RM Auction in Monterey, California in 2011 such an opportunity would present itself. One of just the 36 400 Superamericas built by Pinin Farina would be offered for sale. At the time it was first offered to the public the 1962 Ferrari 400 Superamerica Coupe came with a price tag of around $18,000. At this year's auction, chassis number 3559 SA was expected to garner between $1,500,000 and $1,900,000.
Originally sporting blu Connolly leather interior, this 400 Superamerica came complete with a four-speed manual transmission and a wood steering wheel that just begged to be taken hold of and enjoyed. Just one look and it is obvious 3559 SA certainly had, and still could, provide incredible comfort while riding on the open road. Its body styling is perhaps the most coveted configuration of all the custom 400 bodies. It comes complete with Blu Sera Italver finish, covered headlights, a short wheelbase and the punch under the hood to boot. The car was originally purchased by a gentleman in Toledo, Ohio. It would end up winning the Juddge's Choice Award at the 5th Annual Ferrari Club of America in Greenwich in 1968. After another couple of owners, the car would be purchased and shipped to Switzerland where it would remain until it reappeared in America at Monterey in 1994 at the 32nd Annual Ferrari Club of America meeting. By that time the car had been maintained and restored, which would include being repainted in its correct Blu Sera finish. The car would remain in Switzerland until it was purchased in 2003 by a prominent Ferrari collector. From that point the car would be shipped back to the United States. Intended to help the wealthy truly enjoy living again, the Superamericas truly were an elite brand of car. Combining the thrill of motor racing and hectic pace of Wall Street, the 400 Superamerica was certainly part thrill mixed with practicality. At auction, the lot was sold for the sum of $2,090,000 which included buyer's premium.Sources:
'Feature Lots: Lot No. 252: 1962 Ferrari 400 Superamerica Coupe by Pinin Farina', (http://www.rmauctions.com/featurecars.cfm?SaleCode=MO11&CarID=r257&fc=0). RM Auctions. http://www.rmauctions.com/featurecars.cfm?SaleCode=MO11&CarID=r257&fc=0. Retrieved 16 August 2011.Wikipedia contributors, 'Ferrari America', Wikipedia, The Free Encyclopedia, 14 May 2011, 10:26 UTC, http://en.wikipedia.org/w/index.php?title=Ferrari_America&oldid=429059742 accessed 16 August 2011By Jeremy McMullen
Coupe Aerodynamica by Pininfarina
Coupe Aerodynamica by Pininfarina
Chassis#: 3221SA
Chassis#: 3361 SA 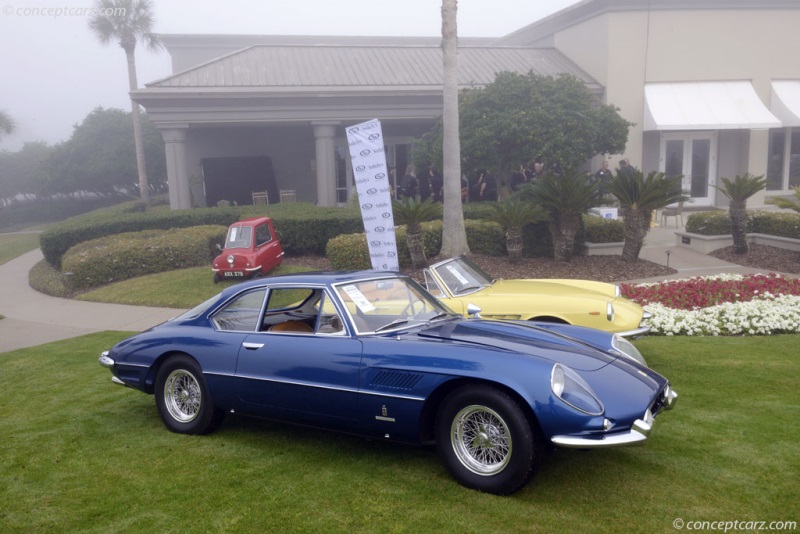 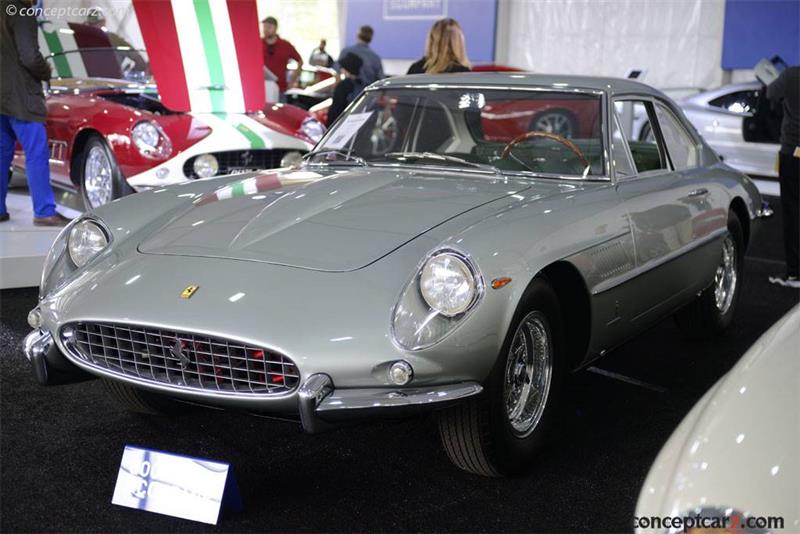 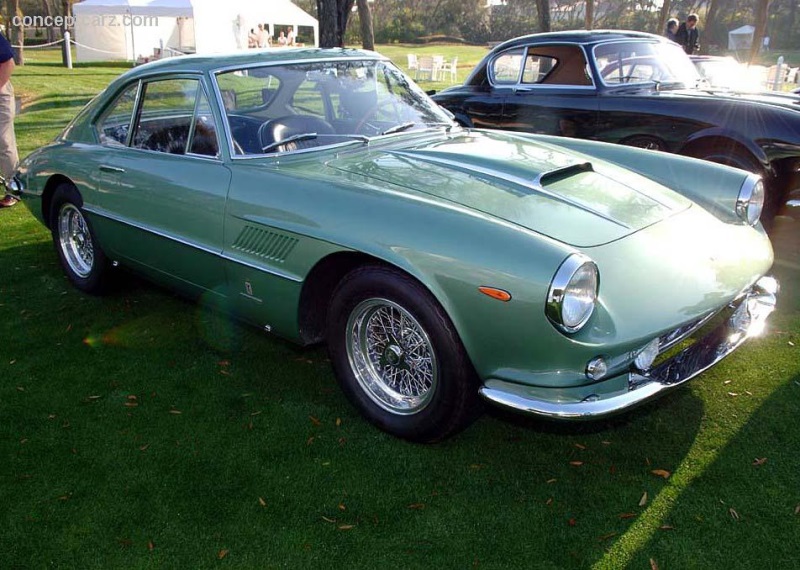 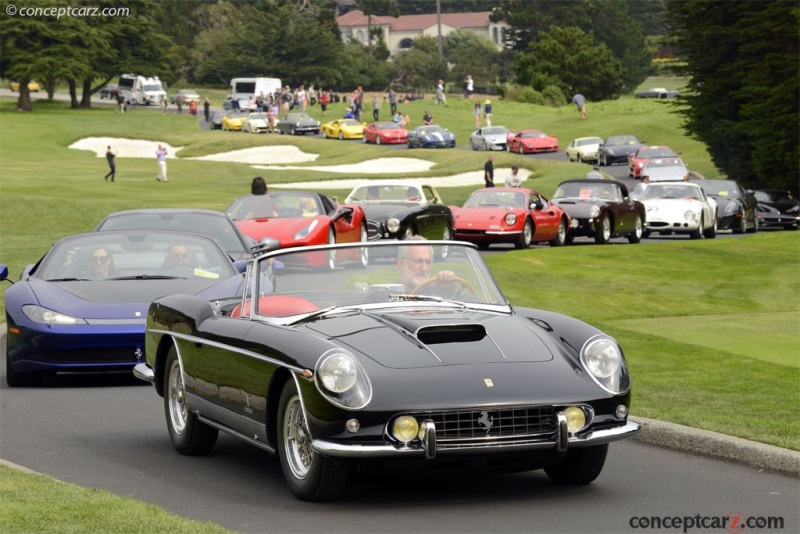 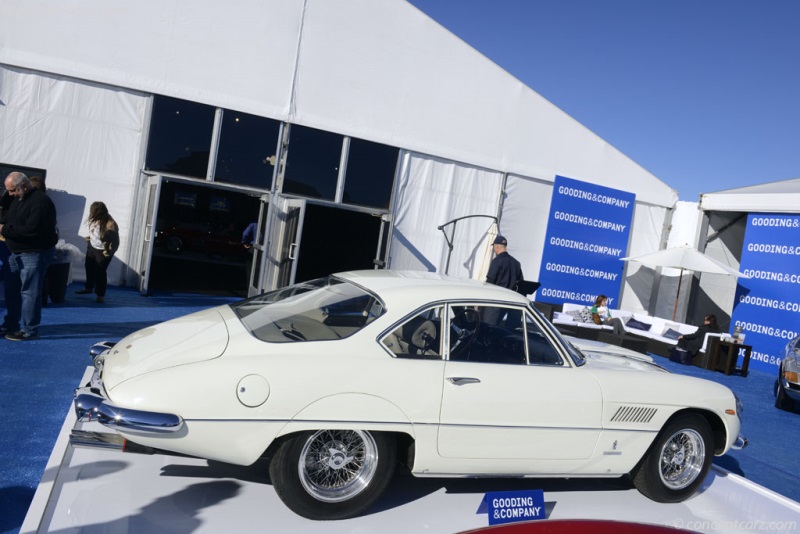 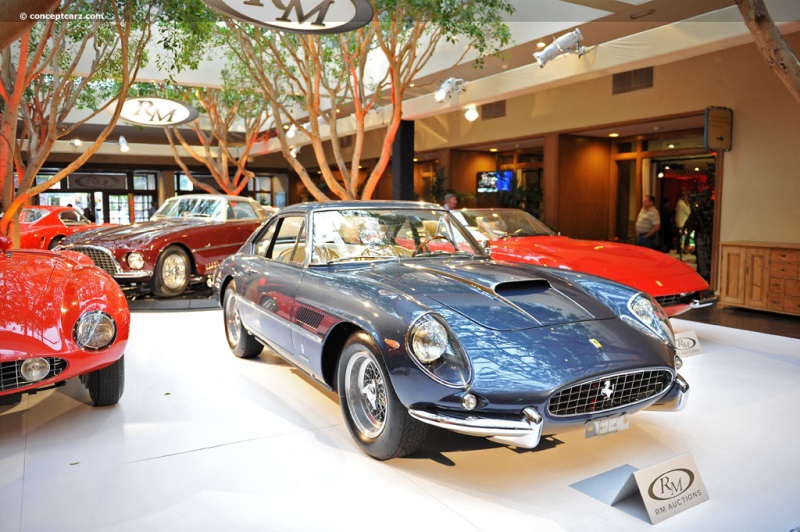 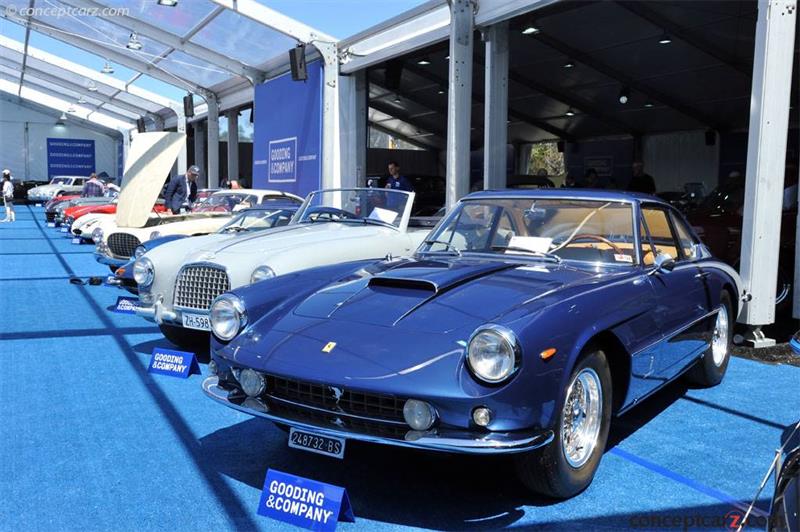