Sold for $605,000 at 2012 Gooding and Company - Pebble Beach Auction.
Sold for $770,000 at 2015 Gooding & Company - Arizona.
Sold for $692,500 at 2022 Gooding & Company : Pebble Beach.
In spite of the lingering effects of the Great Depression that gripped the United States and most of the world car designers continued to find inspiration and hope and produced some of the most memorable and remarkable custom coachwork. This wasn't just relegated to the Bugattis, Duesenbergs or Mercedes-Benzes of the world, there would be others that offered some truly fantastic and provoking designs. One such company could be found in Auburn, Indiana.Born out of the Eckhart Carriage Company, Auburn Automobile Company would begin producing automobiles as early as 1904. By the 1920s, the company would be partnered with the Duesenberg Corporation. Having such a partnership helped the company employ some of the best and most imaginative designers. Alan Leamy would be one of those. He would go on to produce the well-respected Auburn Speedster and the 654 Cabriolet.Having a motor racing influence, Auburn's designs would be futuristic, sleek, and yet, very elegant at the same time. Perhaps no design better embodied this than the Boattail Speedster.
The brainchild of Gordon Buehrig, the Boattail Speedster would be nothing but a work of art from nose to tail, each and every one that would be produced. It featured the Art Deco influences of the day, but also, the aerodynamic influences of tomorrow.
By the time the Boattail Speedster came onto the scene Auburn was already barely standing on its final leg. Production would cease in 1937, and this meant the number of Boattails would be small. In fact, between 1935 and 1936 just a total of 147 examples would be built, each one pieces of art from a gallery that was soon to close its doors. Chassis 33914E would be one of those 147 and would be completed in 1936. One of the options offered at the time was the car could be painted in nearly any conceivable finish. This particular car would virtually stand alone among the others of its day as it boasted a striking hue of maroon and dark brown that only became more and more intriguing with different levels of light. But the finish wouldn't be the only exciting aspect to the car. Only the 147 examples that would be built between 1935 and 1936 would make use of the EX-32 Stromberg carburetor. Inspection of the car would reveal it still had this uncommon feature. Complete with the dramatic shape, unique engine and carburetor, exquisite finish and the undeniable exhaust, this Boattail certainly demanded respect.It would be out of respect for the design and its inspiration the car would undergo an extensive restoration beginning in 2002. One of only about 50 examples of the Boattail Speedsters, no expense would be spared and as much of its original qualities would be kept. This would include the deeply stunning exterior finish and many other details. Upon completion, the car would take part in the 2003 Meadow Brook Concours d'Elegance. The work would be recognized and rewarded as the Auburn would come away with the People's Choice Award. This would attract the attention of the Petersen Automotive Museum and a deal would be struck sending the car to the museum for a period of about three years before it was again purchased, this time by Paul Petrovich of Sacramento. The car would receive an invitation for the 2011 Pebble Beach Concours d'Elegance and this would spark another, very detailed, restoration effort in which every small detail, even the original factory measurements of the splash pans, would be sought after and applied in order to make the Boattail as correct as possible. The efforts would be rewarded and the car would come away having earned the Editor's Choice award. This would lead to a Best in Show at the Niello Concours in El Dorado Hills, California.A fine, award-winning example of the masterful Auburn Boattail Speedster, chassis 33914E would be made available for purchase as part of Gooding & Company's Scottsdale, Arizona auction in January of 2015. Striking and evocative from almost every angle, this Auburn would draw pre-auction estimates of between $700,000 and $850,000.By Jeremy McMullen
Supercharged Dual Ratio Cabriolet
Supercharged Dual Ratio Speedster
Chassis#: 35757F

Recent Sales of the Auburn 852

Auburn 852s That Failed To Sell At Auction 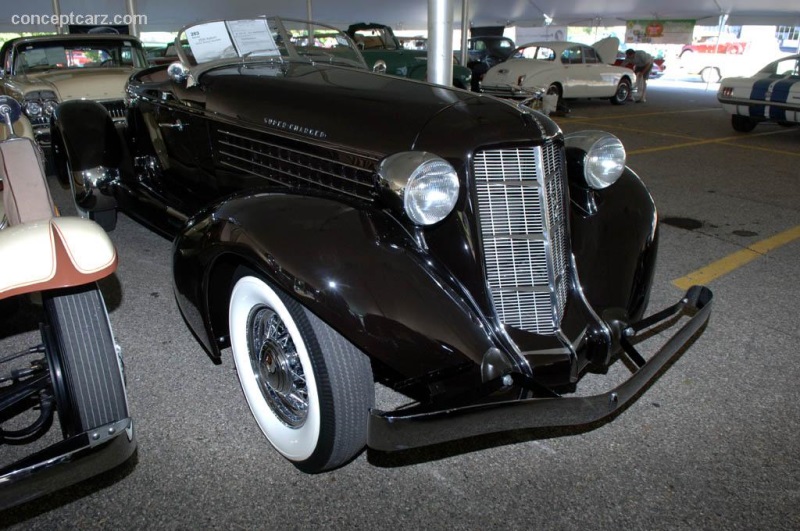 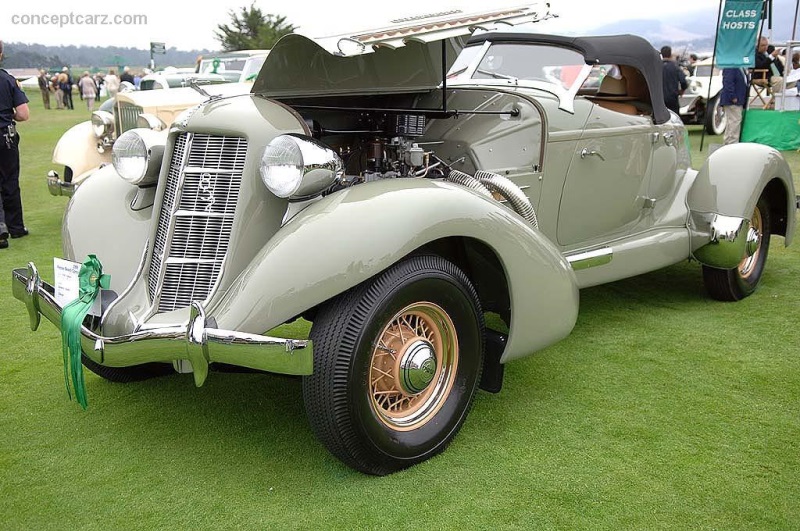 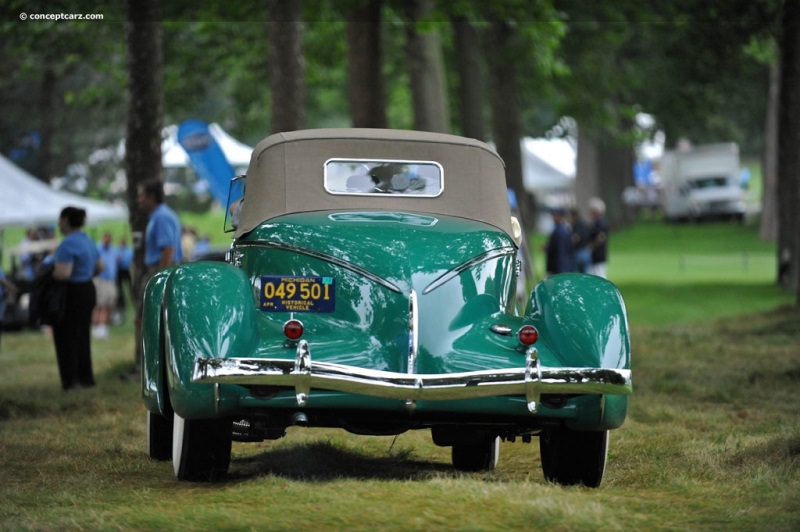 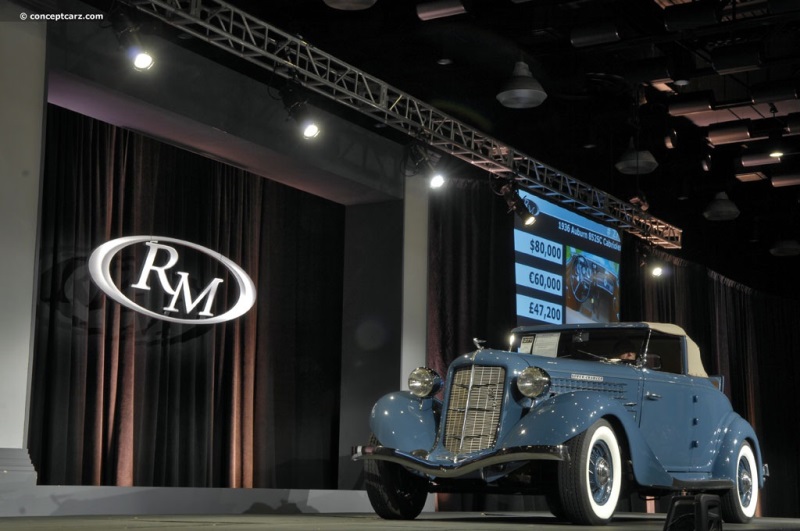 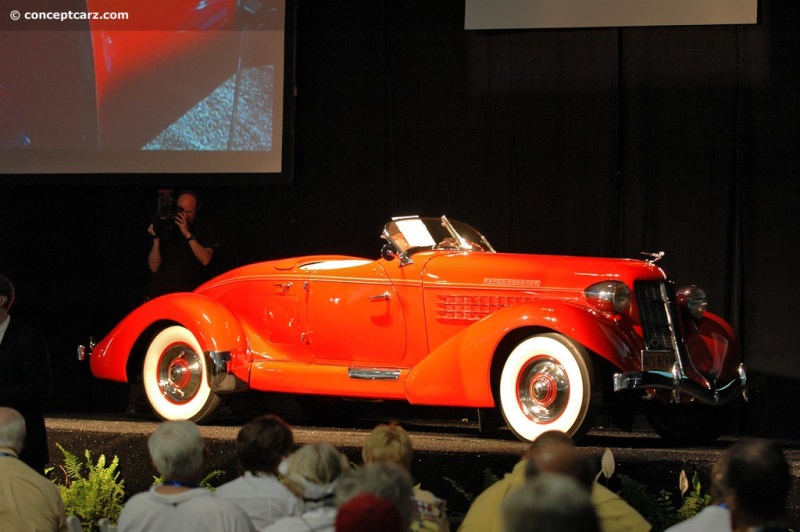 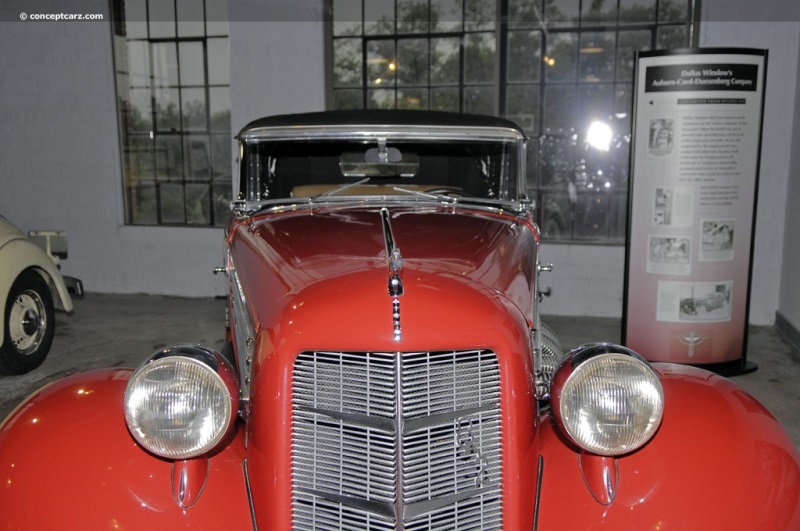 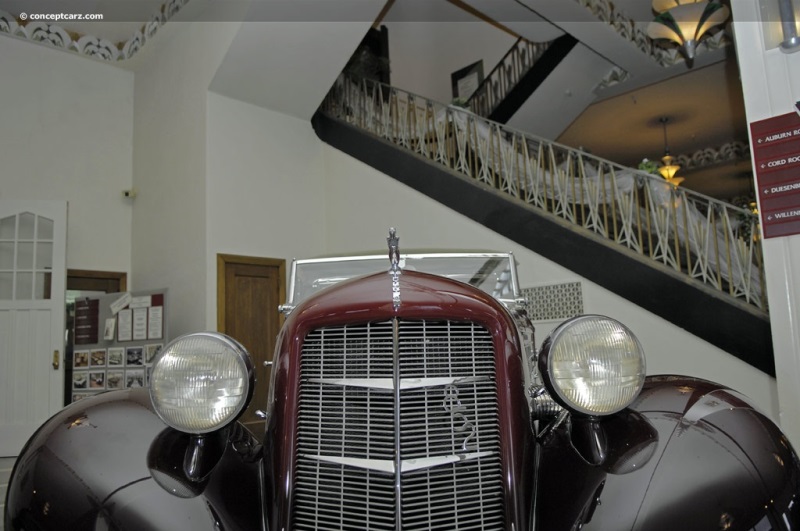 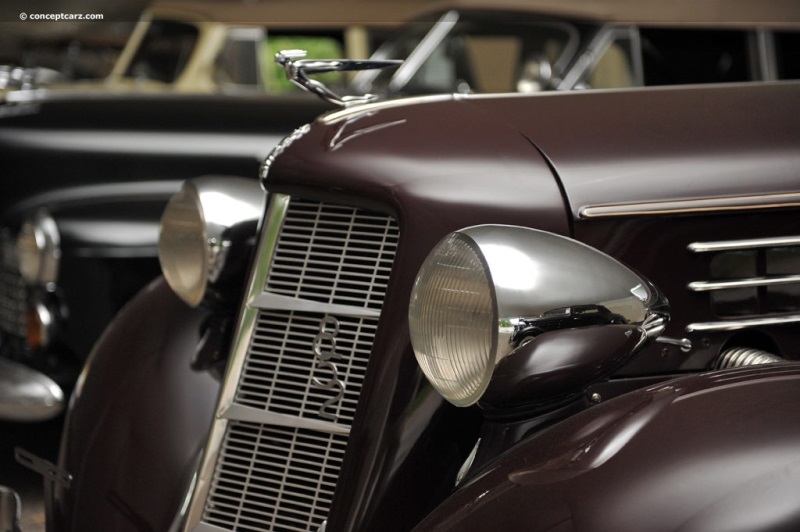 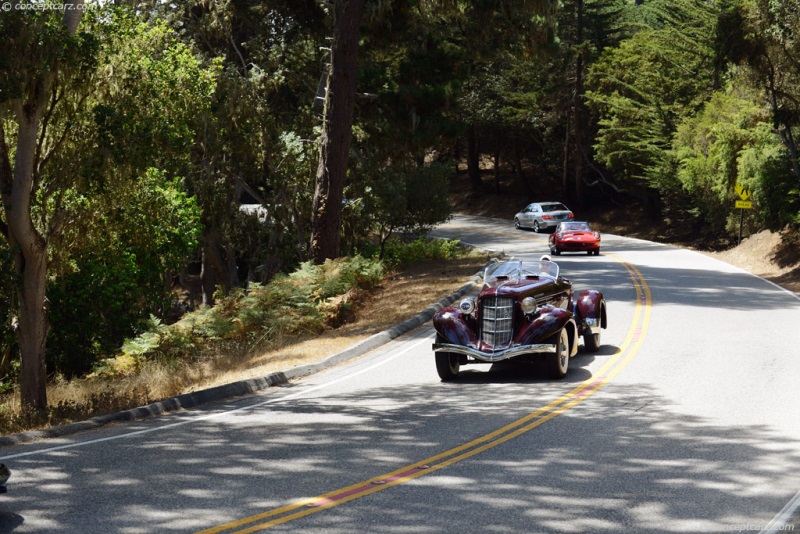 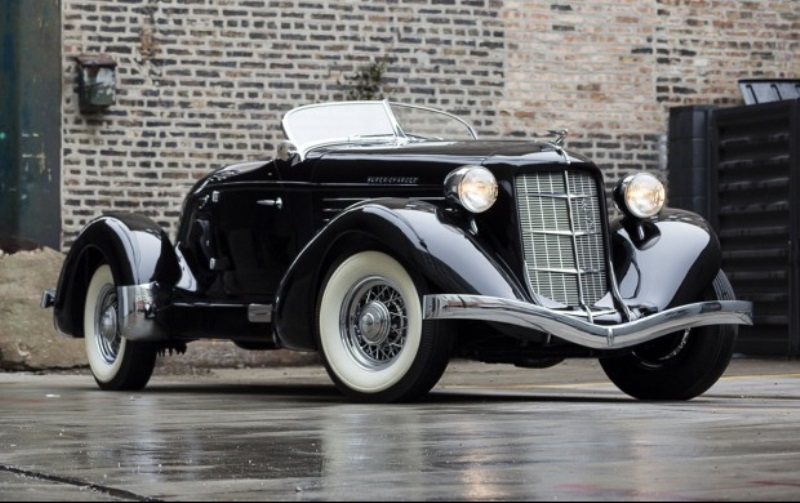 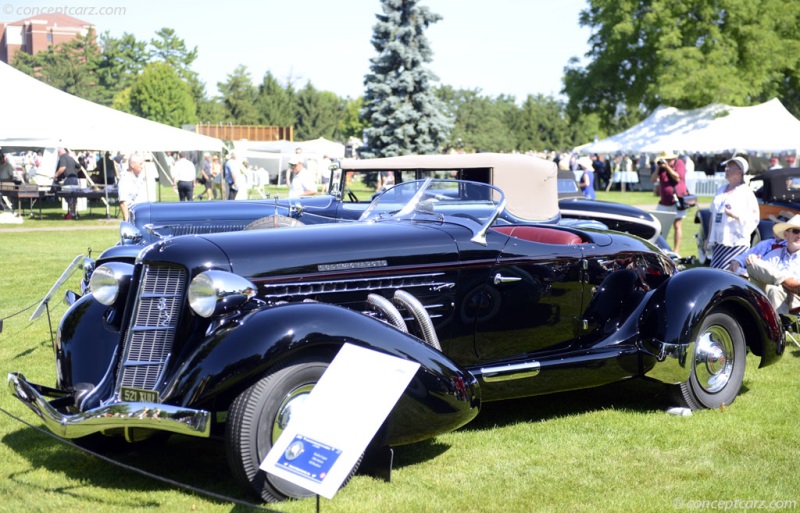 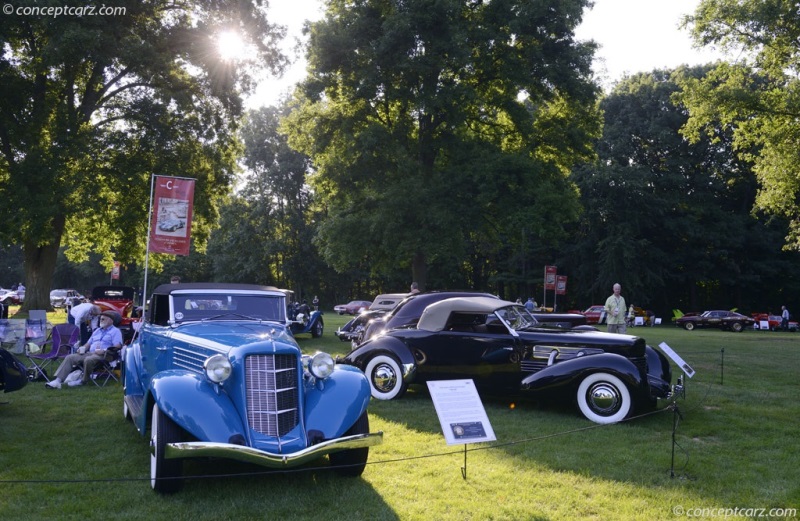 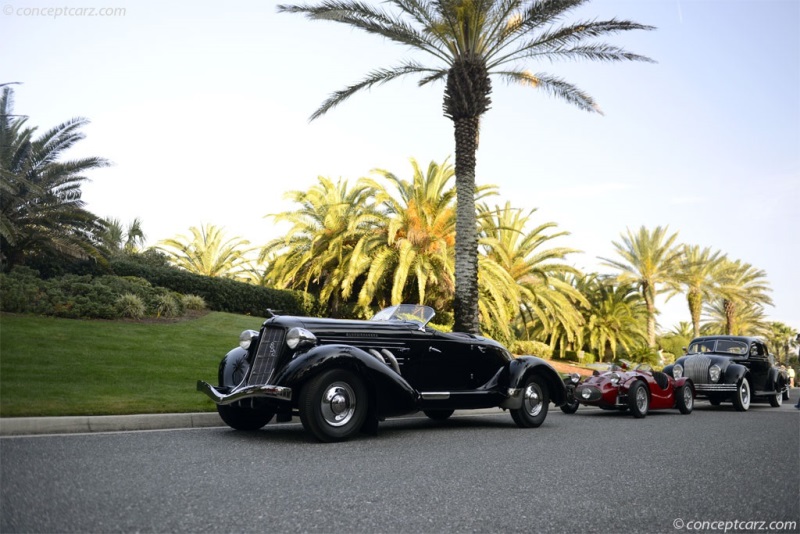 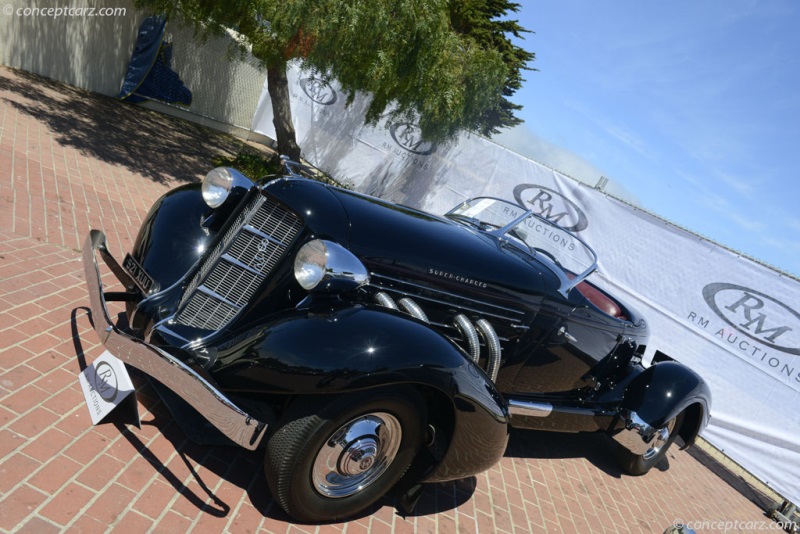 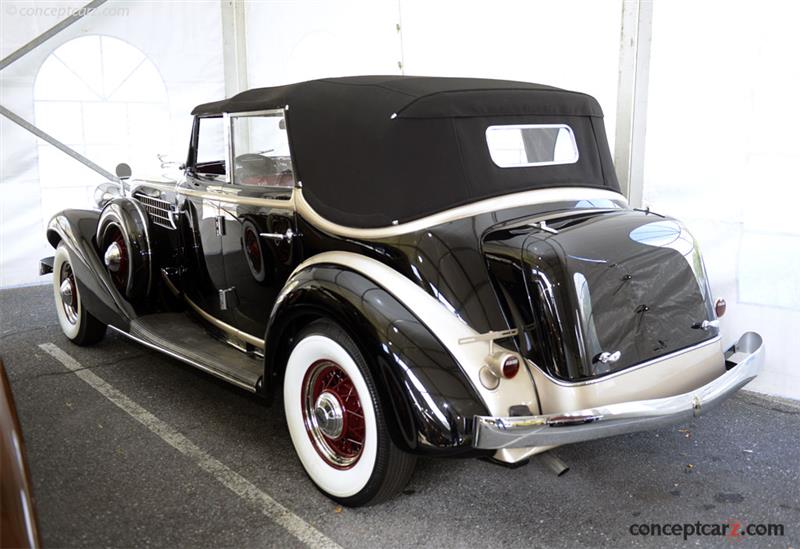 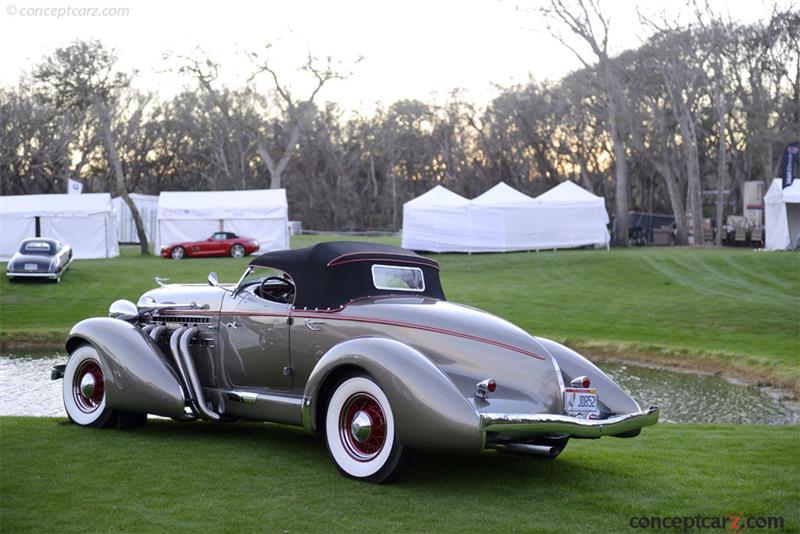 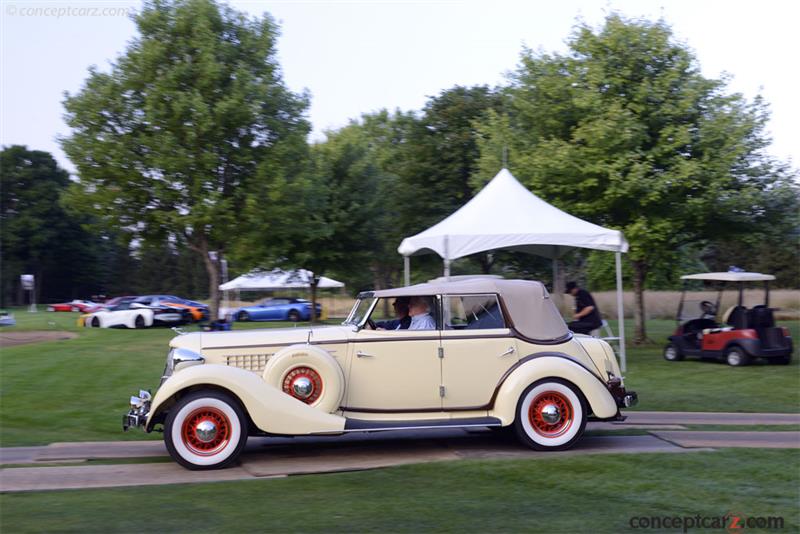 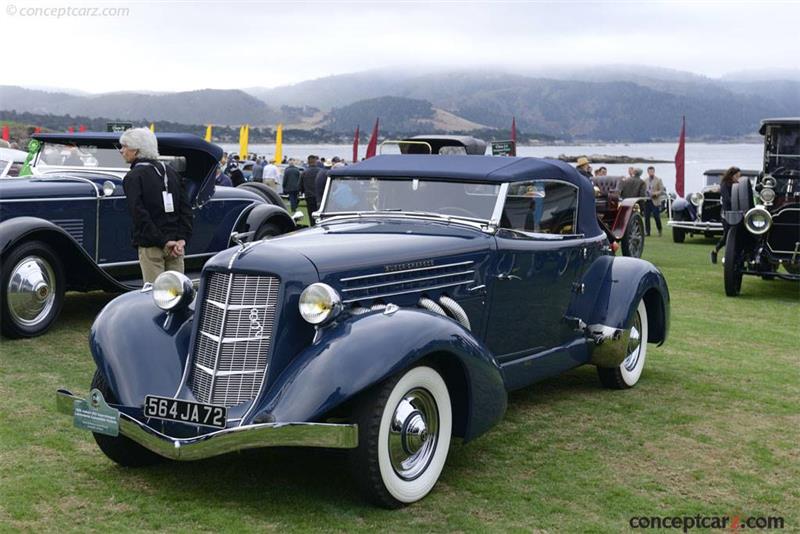 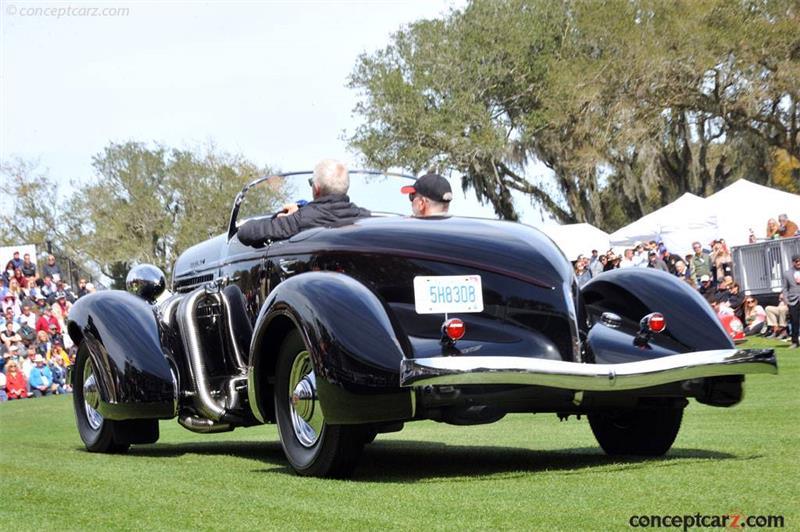 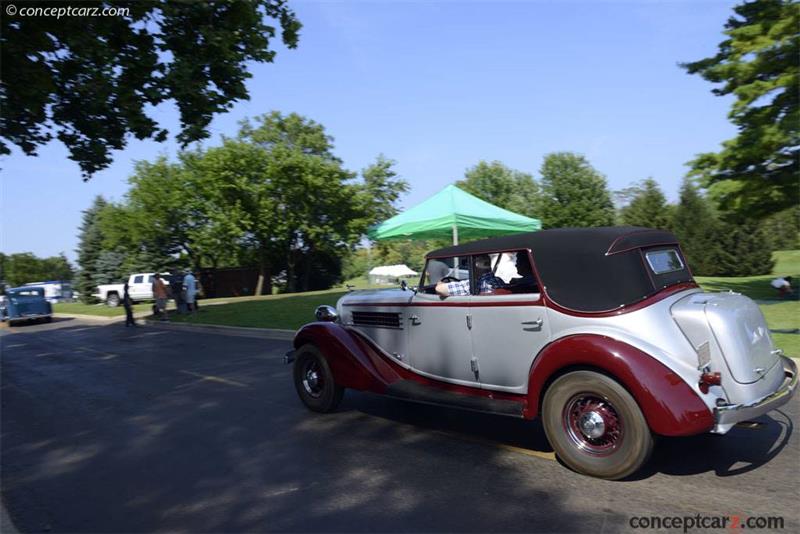