Sold for $2,530,000 at 2018 Gooding & Company : Pebble Beach.
The Mercedes-Benz 300 SL Roadster was introduced in March of 1975. It brought with it many mechanical advancements and stylistic revisions as it moved to a new open-top version of the popular 300 SL Coupe. Notably was a new rear-axle design which improved handling. A modified frame allowed for conventionally hinged doors, disc brakes were added in 1961, and aluminum engine blocks were added in 1962. A total of 1,858 Roadsters were built but just 210 of those had the aluminum engine blocks. Production came to a close in February of 1963. Just 26 Roadsters were built in 1963.This particular example is one of six examples built in February of 1963. It is the fifth-from-last car assembled, and the latest-built car sold new to the American market.This Roadster was completed on February 4th of 1963 and finished in White (DB 50) and trimmed with red leather. Its first owner was Mercedes Pollack, who had been born in Cuba as Mercedes de la Torre y Alcoz. She later married Mark Pollack, the second son of a wealthy American who was one of the largest exporters of Cuban tobacco. By the time of the Batista regime's overthrow, Mr. Pollack had accumulated an impressive collection that included a 1924 Bugatti Type 22 Brescia, a 1955 Mercedes-Benz 300 SL Gullwing, an early 300 SL Roadster finished in white paint over a red interior, and three Ferraris.
In 1959, Fidel Castro's communist revolutionaries took over Cuba and the Pollacks fled La Mansión, leaving their car collection. They took up residency in Geneva, Switzerland, and Tryon, North Carolina. Mercedes Pollack learned about the 300 SL model while traveling through the principality of Andorra in August 1963. She quickly contacted the factory and inquired about purchasing a Roadster. She purchased the last on available. Her purchase contract through the Establecimientos Pyrenees Casa Perez in Andorra shows a price of $6,500, a considerable discount of the general list price of $11,500. She received the car in August of 1963 and quickly returned it to the factory for full implementation of options. It was given chrome sport wheels, dual side mirrors, a Becker Grand Prix radio with Hirschmann antenna, a spotlight, factory competition seat belts, and a set of Hepco luggage. The factory fitted the trunk lid with a unique luggage rack that was paired with a piece of Karl Baisch luggage from a Gullwing. The headlamps were converted to US specifications.
The car was used by the Pollacks to tour Europe for six months. They returned to the US by ocean liner in 1964 and continued to drive it for two years, accruing approximately 16,000 km by 1966, when it was placed in storage indefinitely. In 1977 a deal was brokered by Ed Jurist of Nyack, New York and purchased by Ann Hallowell. Mrs. Hallowell and her husband maintained the 300 SL for the next two decades, accruing just 2,500 km during that time. In 1997 it was purchased by the current caretakers. Two years later, Paul Russell and Company was commissioned to perform a restoration. The work included reinstallation of European style headlamps, a correct repositioning of the side mirrors, and a high-quality exterior finish in proper White (DB 50) paint. In 2015, the original alloy engine was rebuilt. It was then shown at several events where it earned seven Best of Show awards. It has won class awards at the 2002 Amelia Island Concours d'Elegance, the 2004 Meadowbrook Concours d'Elegance, the 2011 Pebble Beach Concours d'Elegance, and the 2010 and 2012 Gull Wing Group Conventions.Currently the odometer shows 57,424 km.

Recent Sales of the Mercedes-Benz 300 SL

Mercedes-Benz 300 SLs That Failed To Sell At Auction

1963 Mercedes-Benz 300 SL's that have appeared at auction but did not sell. 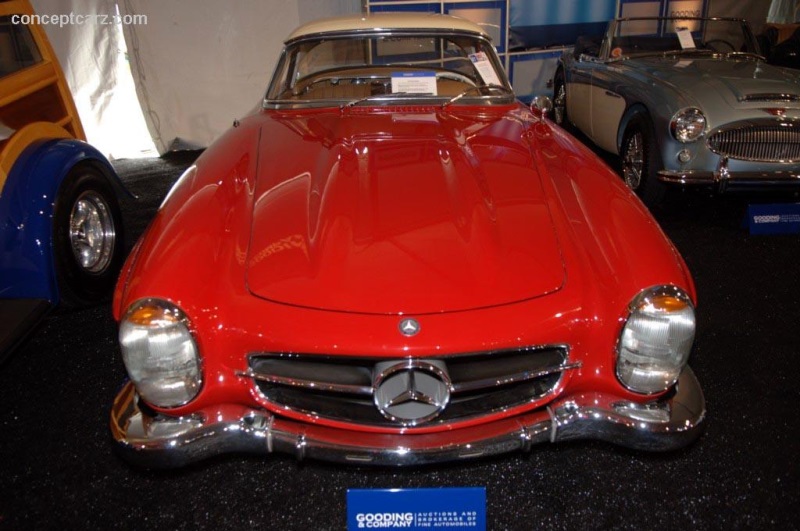 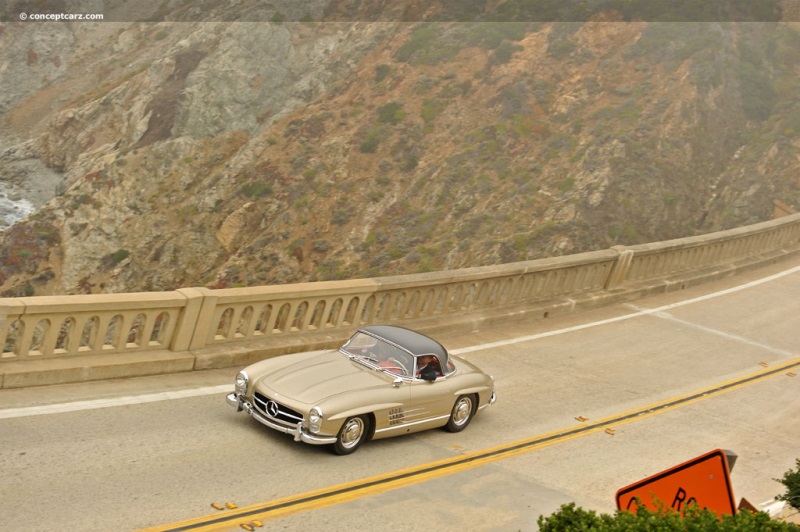 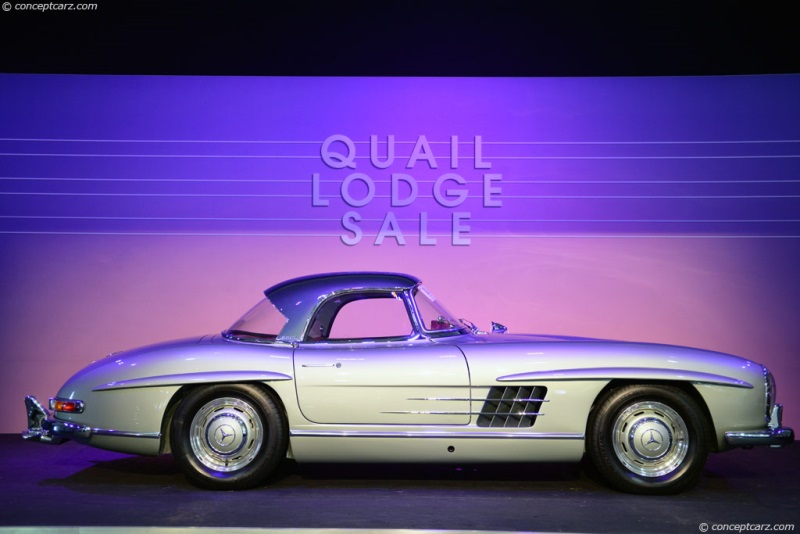 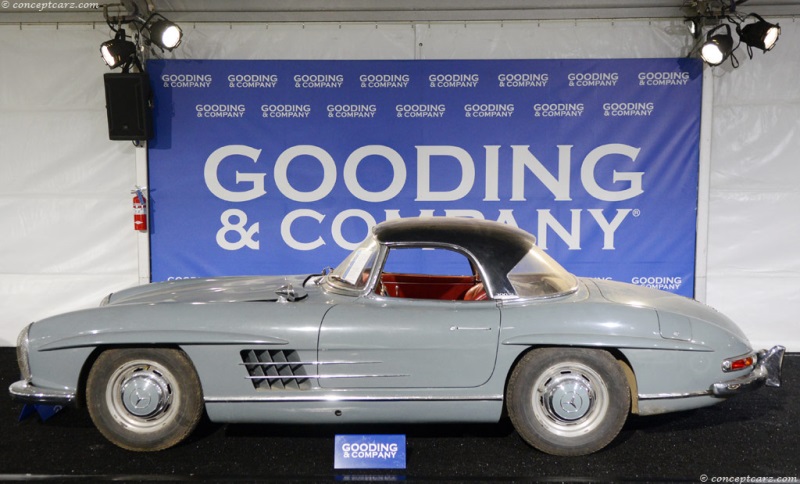 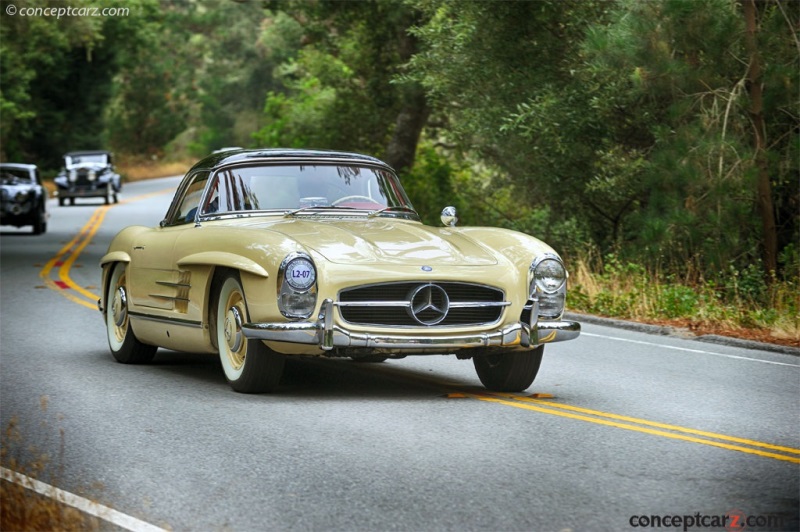 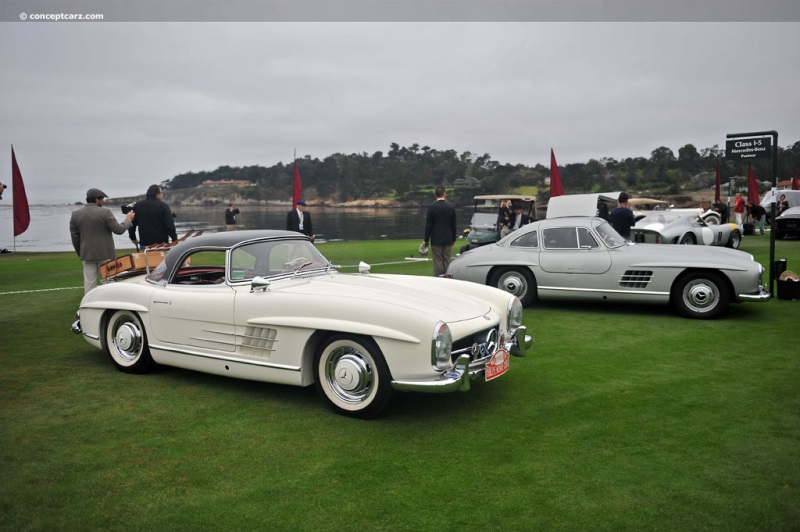