Sold for $693,000 at 2011 RM Auctions at Monterey.
Sold for $962,500 at 2014 RM Auctions - Automobiles of Arizona.
Ettore Bugatti had founded the company bearing his name in 1909 in Molsheim, Alsace. While the company would be founded and grow because of the prowess of Ettore, his son Jean, would also go on to show off his talents by fashioning one of the more iconic of designs in Bugatti's line. Widely known for their incredible reliability and performance Bugattis would become almost the element of choice whether taking part in Grand Prix or other endurance races. Building upon what his father had already managed to establish, Jean would improve the company with the Type 57, which would go on to win Le Mans in 1937 and again in 1939. This kind of race-going performance and reliability made the car quite popular to those just looking for an elegant and luxurious means of going from point A to point B. Jean's Type 57 was a departure from what Bugatti had become known for prior. The overall design of the car was certainly something like a sports car, and yet, had all of the refinements that one would expect from a frame capable of carrying exotic and expensive custom coachwork. One of the sport touring Type 57s, a 1938 Type 57 Stelvio, would be offered at this year's RM Auctions event in Monterey, California.
Despite war brewing uncomfortably close on the other side of the Rhine river, Bugatti was fully committed to building its Type 57. By this point in time, the Bugatti company had become more adept in designing and building its own coaches and would merely contract out the help of local coachbuilders to actually piece the car together. One of those local coachbuilders Bugatti would turn to would be Gangloff.
In the case of chassis 57569, Gangloff would be hired to build a Stelvio cabriolet coach body. The chassis had been finished and delivered to Gangloff by late-summer of 1937. A Stelvio cabriolet body would then be ordered for a customer in the fall of that year and would end up being delivered to Bugatti's main agency in Paris by late-October.

Besides its familiar vertical, arched chrome grille and sweeping fenders lines, the Stelvio cabriolet would come with a 135 bhp, 3.2-liter inline eight-cylinder engine, and a four-speed gearbox. While the bodywork was clearly a Stelvio cabriolet made by Gangloff, this particular chassis boasts of some minor changes that make it certainly unique. Most notable are the car's smaller dimensions and its downward sweeping doors. It is believed the car had originally been ordered for a member of the Pernod family. After a very brief spell with its first owner, the car would be returned to the Paris agency and would be later re-sold to its now second owner, a person by the name of Gaillard.

Unfortunately, after being delivered to its second owner in April of 1938, nothing is really seen or heard of the car until it turns up again in the early 1960s. By that time, it had come to be the property of Guy Huet of Holland who, in turn, had purchased the car from Pierre Proust Garage in Montrouge, France. While under Huet's ownership, chassis 57569 would go through restoration by Piet Peperkorn in Haarlem. After restoration, the car would be sold to a number of other owners. Of the few subsequent owners during this period the perhaps most noted owner would have to be Erwin Hucke. Not until the very late-1980s had the car left Europe. However, ever since then the car has remained in the United States and has included another list of notable owners including John R. Lee of Dallas, Texas. Over the last twenty years, the car has undergone restoration and has clearly benefited. At this year's auction that beautiful red and black contrasting finishing would attract a sale price of $693,000.
Sources:
'Lot No. 139: 1938 Bugatti Type 57 Stelvio by Gangloff', (http://www.rmauctions.com/CarDetails.cfm?SaleCode=MO11&CarID=r227&Currency=USD). RM Auctions. http://www.rmauctions.com/CarDetails.cfm?SaleCode=MO11&CarID=r227&Currency=USD. Retrieved 29 August 2011.
Wikipedia contributors, 'Bugatti Type 57', Wikipedia, The Free Encyclopedia, 15 May 2011, 20:01 UTC, http://en.wikipedia.org/w/index.php?title=Bugatti_Type_57&oldid=429282827 accessed 29 August 2011By Jeremy McMullen
Monoposto
Ventoux Coupe
Chassis#: 57478 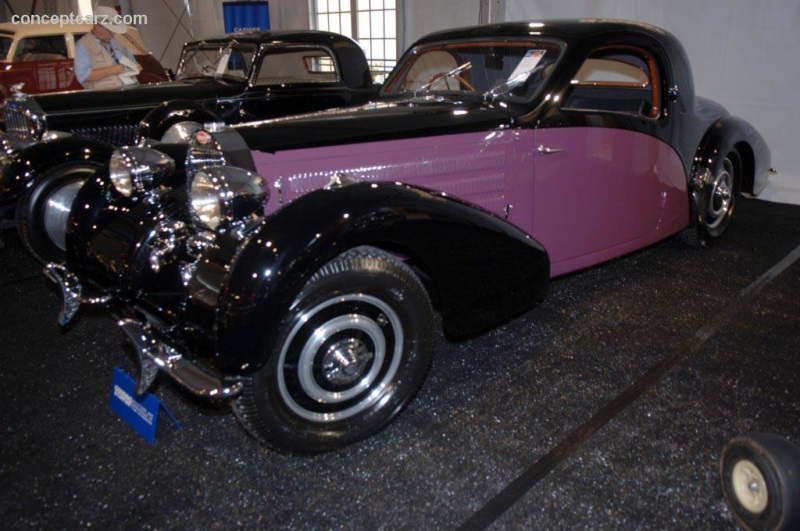 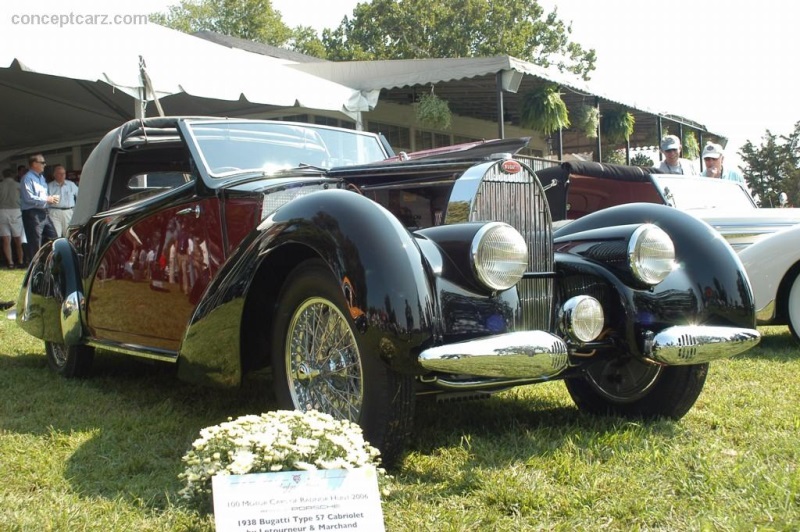 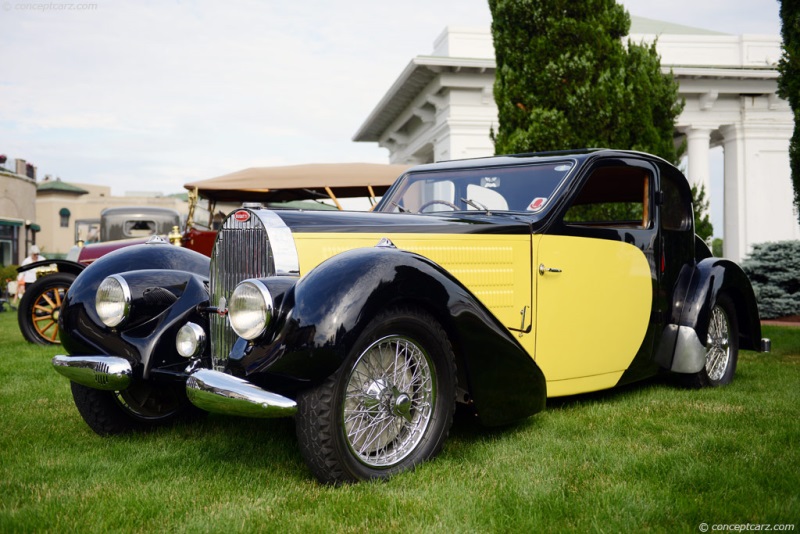 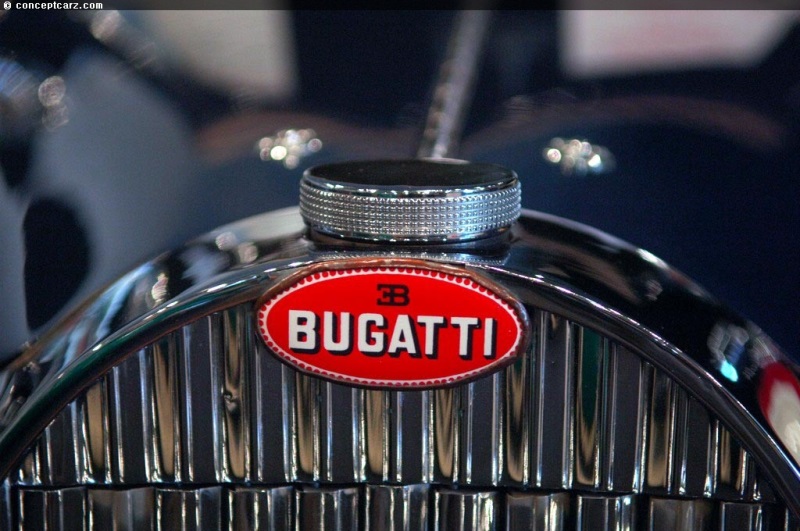 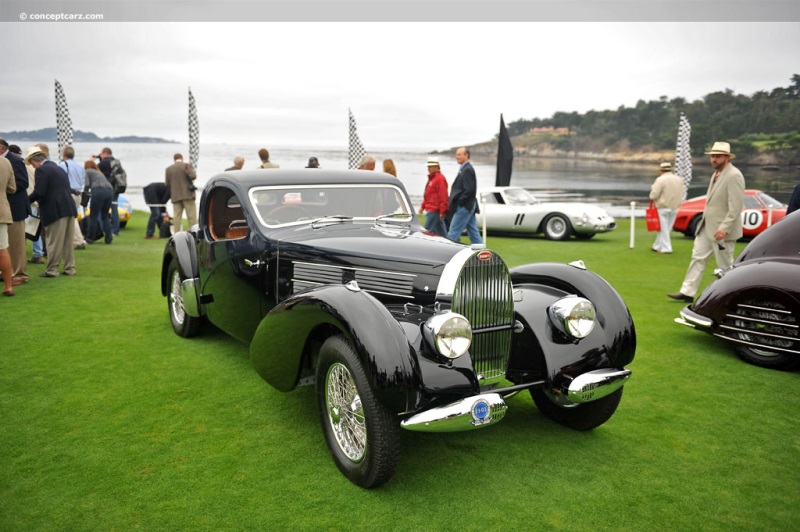 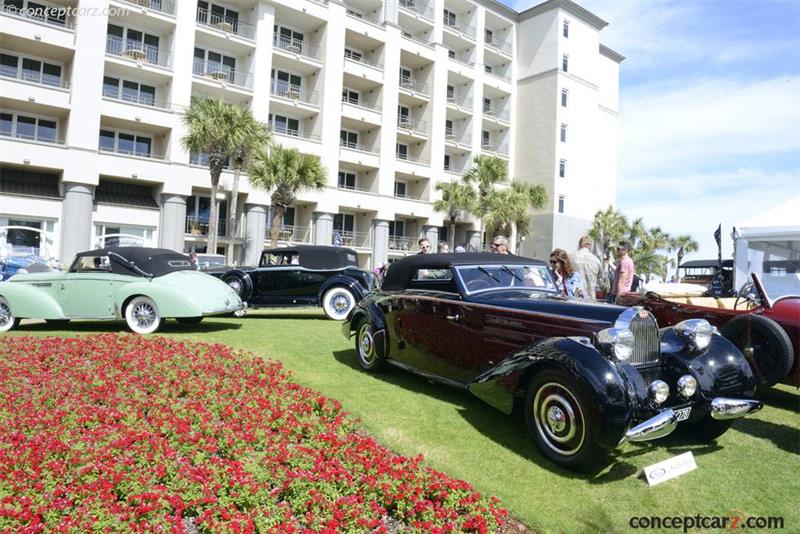 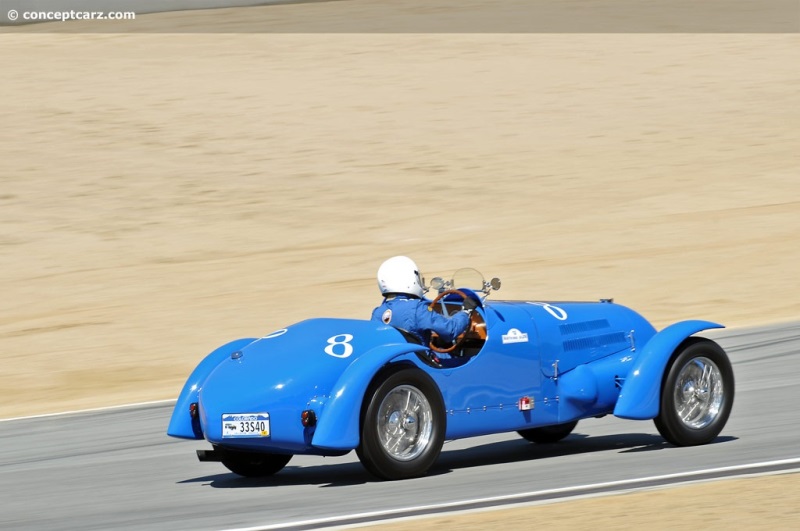 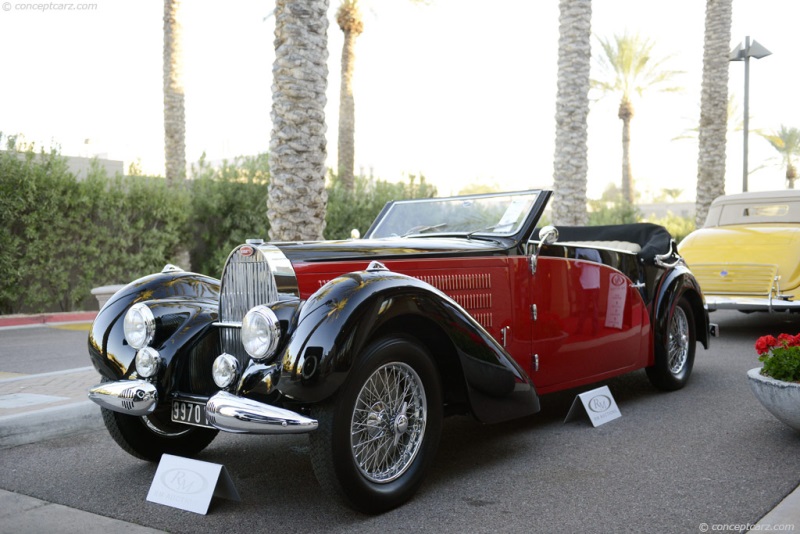 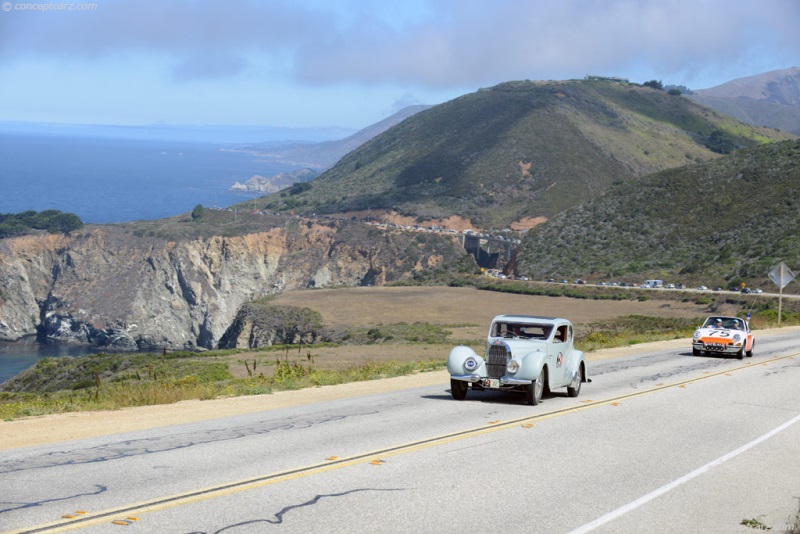 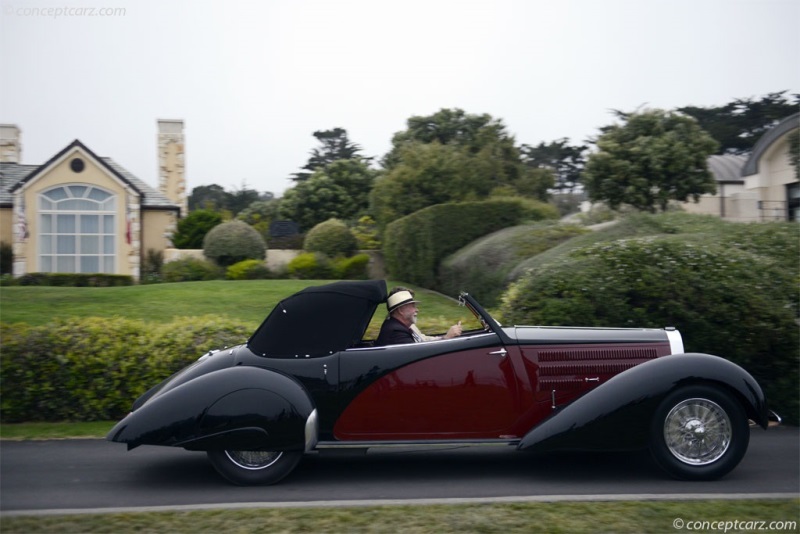 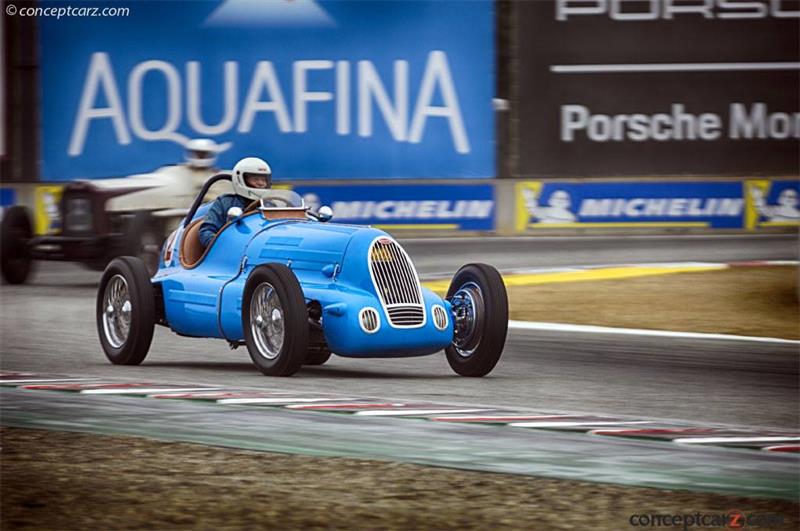 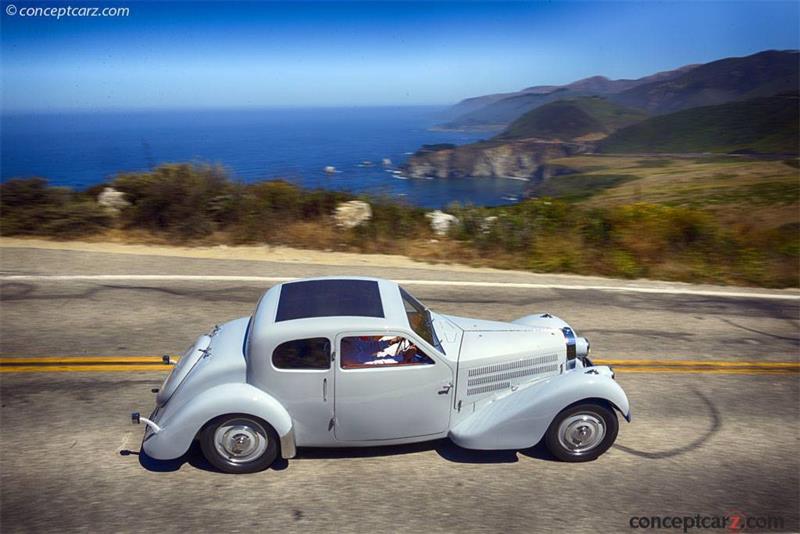