Sold for $612,000 at 2008 The Richard C. Paine Jr. Collection.
Harry Stutz
Harry Stutz would have a splendid career in the automobile business. But before his name would adorn the automobile, his talents and designs were used by the 'American' company. Harry Stutz's American Motor Car Company of Indianapolis would produce around 45,000 vehicles from 1906 through 1914.Harry Stutz, only 22 years old, built his first internal combustion engine-powered vehicle in 1898. It was a belt-drive buggy powered by a 2 horsepower single-cylinder engine of his own design and manufacture. He sold his Dayton engine manufacturing company in 1902 to Lindsay Automobile Parts and moved there to oversee Lindsay's manufacture of the Stutz-designed engines. In 1903, he was employed through G&J Tire Company and in 1904, introduced F.H. Wheeler to George Schebler to form the Schebler Carburetor Company. Schebler brought with him the designs while Wheeler provided the financial backing. Stutz managed sales of the Schebler-designed carburetors.Though still a young individual, Stutz formed the American Motor Car Company in 1905. The vehicle's that followed employed Stutz's mechanical designs and experience. In January of 1906, the first American models were completed and ready for sale.
Stutz remained with the American Motor Car Company for only a short time, moving to the Marion Motor Car Company as chief engineer in 1906. At the same time, Fred Tone, who had been employed at Marion, joined American. A few years later, Stutz began the 'Stutz Motor Car Company', after 'The car that made good in a day' finished the 1911 Indianapolis 500 Mile Race.
American Car Company
The American Tourist was powered by Harry Stutz's original American engine, with variations in the bore and stroke. The engine would also provide power to most other American automobiles, including the Underslung, until the company's demise. Originally, the American was to be powered by a Continental four-cylinder engine. However, Continental was unable to meet American's production demands. Wanting to not offend an influential client, they offered to give American access to Continental's vendor base to build engine parts to Stutz's design. The engine found in the Tourist has a 4.625-inch bore and a 5-inch stroke resulting in a 336 cubic-inch displacement size. The side-valve four-cylinder engine was rated at 35 ALAM horsepower. The maximum crankshaft speed was 1,450 RPM.Fred Tone was the created the underslung chassis design which has become synonymous with the company. Years later, its name 'underslung' was adopted as an integral part of American's name. Though lesser-known, Harry Stutz's original conventional chassis layout is largely overlooked in history. It has live axles with semi-elliptic leaf springs at all four corners and a semi-elliptic cross spring in the platform rear suspension setup. Internal expanding rear drum brakes were used to keep the vehicle in the driver's control.Rois des Belges Tourer
This 1906 American wears Roi des Belges style touring coachwork finished in Dark Red with black fenders and upholstered in red leather. There are a black cloth top and a roll-up windshield. In the front, a Rushmore acetylene headlights, Gray & Davis kerosene sidelights, a Castle kerosene taillight, and a Rushmore acetylene spotlight mounted on the dashboard/firewall. There is a single spare wheel with a rearview mirror strapped to its top installed on the right running board. There is also a Rubes-style trumpet bulb horn.The vehicle has an updated AACA National First Prize plaque. The doors bear the stylized 'S' monogram of Dr. Samuel Scher. It is believed that Richard Paine acquired the car in 1967 from Dr. Scher's collection. John O'Quinn acquired it in 2008. In 2011, the car was offered for sale at the Quail Lodge auction presented by Bonhams. It was estimated to sell for $300,000-$400,000 but bidding fell short of the estimate and it would leave the auction unsold.
By Daniel Vaughan | Nov 2011

Recent Sales of the American Tourist

American Tourists That Failed To Sell At Auction

1906 American Tourist's that have appeared at auction but did not sell. 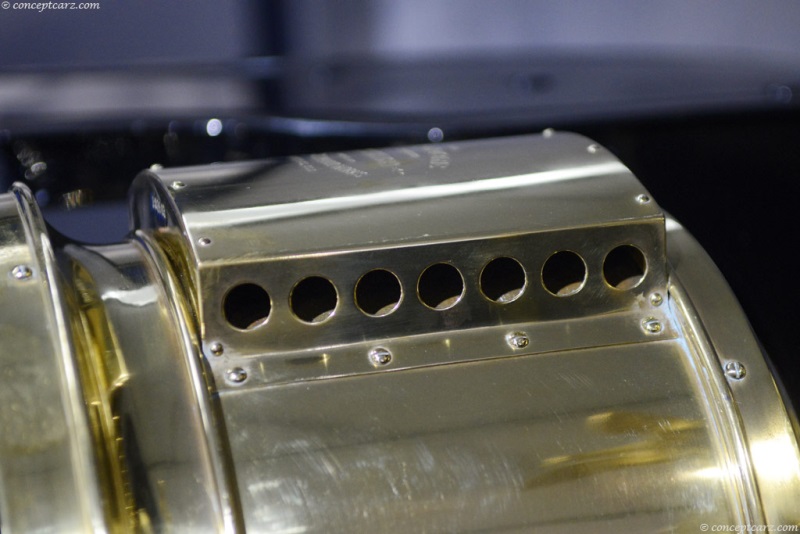