The Ford Model T was restyled for 1911 with a new radiator, fenders, and wheels. The bodies now had steel panels over a wood framework, as opposed to earlier all-wood construction. For 1911, dark blue was selected as a standard color - prior years were offered in red, gray or green. Some body styles, like the coupe, were phased out, but two new ones became available - the Torpedo Runabout and the Open Runabout. The two new models differed from the others in having curved fenders, a longer hood, lower seating and a round 16-gallon fuel tank on the rear deck. The Torpedo Runabout had doors while the Open Runabout did not.Other changes to the Model T for 1911 included a new rear axle with cast iron center housing, and the front axle received new spindles. Part way through the model year, changes were made to the engine. Replacing the earlier exposed valves were new valve chambers cast into the block, with steel doors to enable adjustments when needed.
This Model T Runabout is a Torpedo with doors. It has had only two owners in the last 60 years. The current owner purchased the car in the late 1990s. It is painted in bright red with gold pin-striping and the top and upholstery seem to have been replaced. The engine is one of the last 'open valve' models.
In 2011, this vehicle was offered for sale at the Hershey Auction presented by RM Auctions. It was estimated to sell for $40,000 - $60,000 and offered without reserve. As bidding came to a close, the vehicle had been sold for the sum of $38,500 including buyer's premium.
By Daniel Vaughan | Dec 2011
No auction information available for this vehicle at this time. 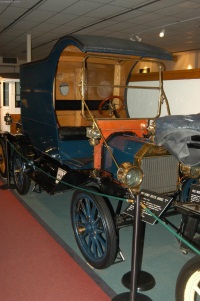 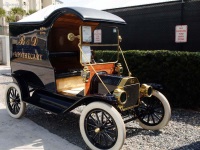 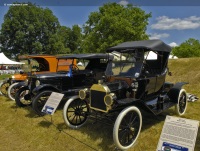 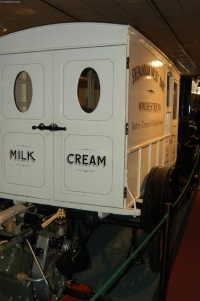 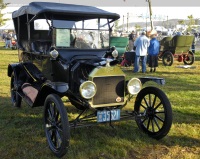 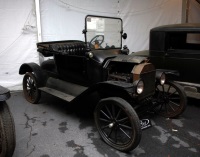 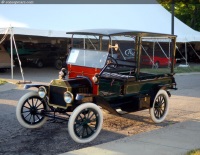 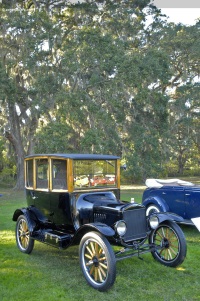 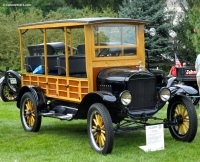