Sold for $495,000 at 2012 Gooding and Company - The Scottsdale Auction.
Bugatti launched its Type 38 in 1926 and built 387 examples, but only 54 were supercharged, as in this case. The more desirable supercharged cars were called the 38A and featured a slightly extended hood, increased brake diameter and a few other subtle upgrades. Powered by a 2.0-liter, 8-cylinder engine, with a four-speed manual gearbox, the Type 38 was the first Bugatti designed and built by Giuseppe Figoni, the celebrated coachwork designer, eight years before he would team with Falaschi.This car was delivered new in Paris but resided primarily in Cheshire, England, and San Francisco, California. While being respectfully restored in 2005 in France, Figoni's son was able to inspect and authenticate his father's craftsmanship. This car maintains its original chassis, radiator and even the frame timbers, and in 2012, it received the correct 'blower,' returning the engine to the original 1927 configuration.

Sold for $495,000 at 2012 Gooding and Company - The Scottsdale Auction.
The Bugatti Type 38A was introduced in 1926 and had style, engineering, and exceptional performance. There were 387 examples of the Type 38 built, and only the last 54 examples featured a supercharger. The vehicles with the supercharger and the slightly lengthened hood were dubbed the Type 38A. They also had an increase in brake diameter and many other subtle changes.This 1927 Bugatti Tourer is one of eight Type 38A models that was originally ordered by Bugatti's Paris agency on July 23rd of 1927. It is a unique automobile that features Tourer coachwork fashioned by Joseph Figoni. It is believed that this is one of Figoni's first efforts on a Bugatti chassis and pre-dates his involvement with Ovidio Falaschi years later. The design features graceful proportions and several distinguishing characteristics such as the polished aluminum body cappings and flowing wings. There is a folding two-pane windscreen and twin rear-mounted spare wheels.
After the work was completed, the car arrived in Paris on September 9th of 1928. The cost to its original owner was approximately 45,000 French francs.

By the 1950s, the car was in the care of Lieut. M. Pornett of Tiresford. At that time, it was registered in Berlin with a British Zone number and described as a Type 38, indicating that the supercharger had been removed.
In 1962, after passing through the care of P.T. McGee and a Mr. Hatfield, the Bugatti entered the possession of Robert Ian Payne of Edinburgh. At some point in the car's history, prior to the acquisition by Mr. Payne, the original engine was substituted with a Type 30 unit, number 360. In the late 1960s, the car was purchased by Hamish Mofatt who replaced the incorrect engine with an appropriate Type 38 engine, originally fitted to chassis number 38142.In the 1970s, the car was exported to the United States and sold to San Francisco resident Sid Colberg. During his three decades of ownership, it was rarely seen or exhibited at events. In 2005, the car was sold to a Bugatti and Figoni enthusiast. While in their care, the car was sent to Carrosserie Tessier in France for a sympathetic cosmetic restoration. Tessier had completed much of the work when the owner passed away. During that period in France, Claude Figoni, the son of Joseph Figoni, had the opportunity to examine and admire the unique Bugatti.The current owner has since completed the restoration. The car is finished in deep aubergine and the interior is upholstered in pleated brown leather and matching carpets. There are polished wheel discs, Marchal lamps and body edges capped in aluminum.The car has its original frame (stamped 37), is equipped with engine number 12, and the engine's assembly number (15) was found on the upper and lower crankcase, confirming them as an original matched pair. It has the correct, larger-diameter brake drums, and its original radiator (produced by G. Moreux & Cie of Paris). The steering box is in the correct location for a late-production Type 38A. The complete original rear axle assembly is suspended on the usual reversed quarter-elliptical springs and the rear spring hangers still retain their original brass Bugatti logos. The body has most of its timber structure and aluminum panels intact.
In 2012, this car was offered for sale at the Gooding & Company auction held in Scottsdale, Arizona. It had a pre-auction estimated value of $500,000 - $650,000. As bidding came to a close, the car had been sold for the sum of $495,000 inclusive of buyer's premium.
By Daniel Vaughan | Jan 2012

Recent Sales of the Bugatti Type 38

Bugatti Type 38s That Failed To Sell At Auction

1927 Bugatti Type 38's that have appeared at auction but did not sell. 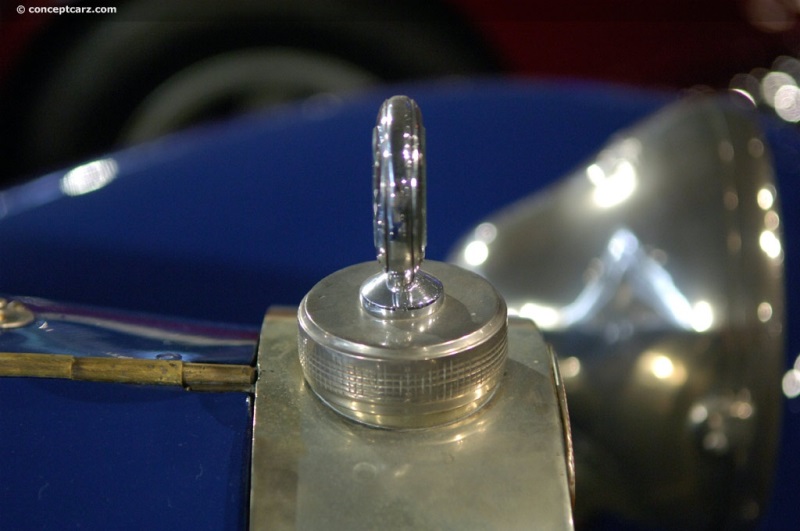 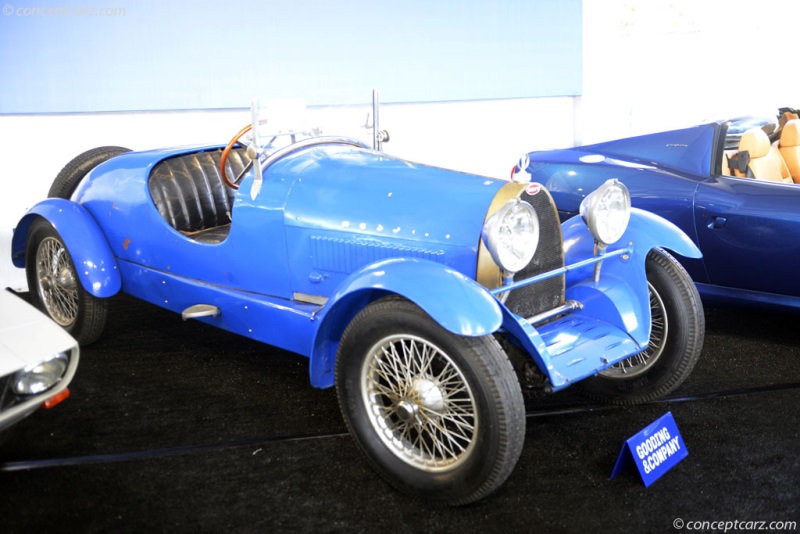 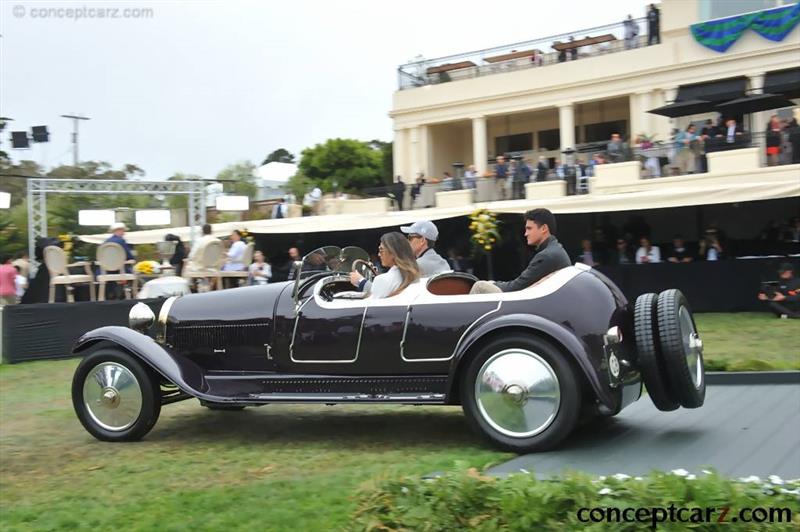 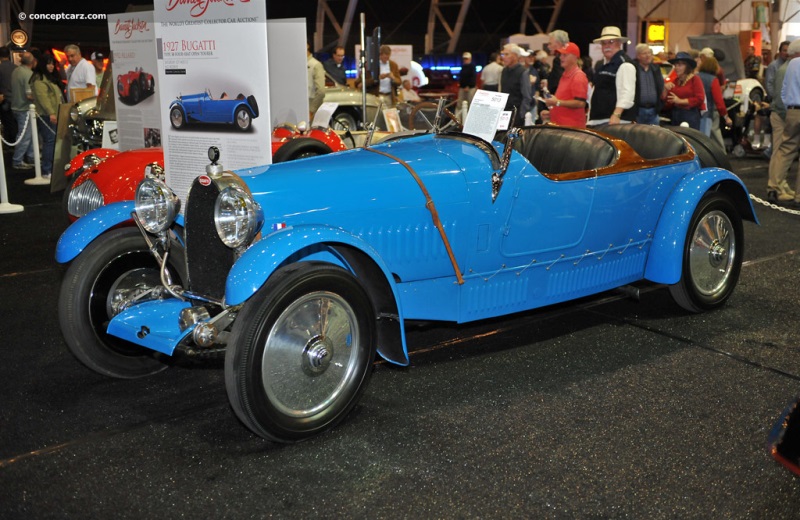 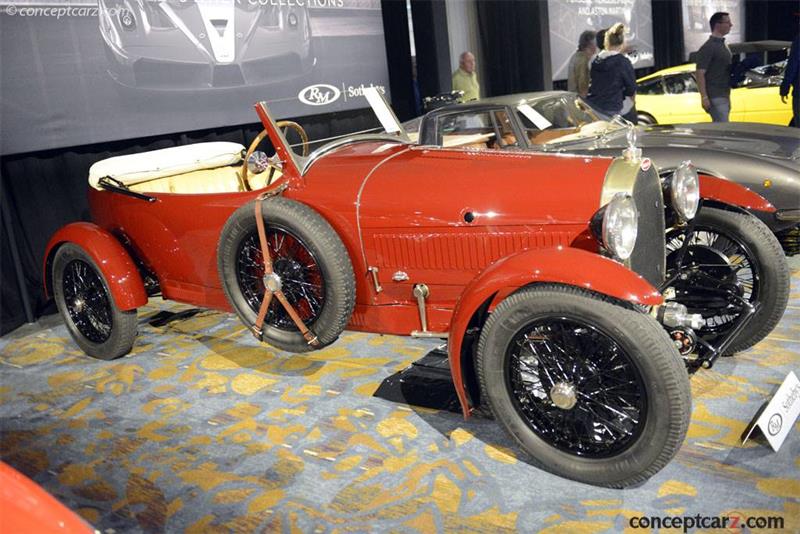