Sold for $2,145,000 at 2006 RM Auctions at Amelia Island.
Sold for $2,836,378 (£1,792,000) at 2010 RM Auctions - Automobiles of London.
Sold for $2,640,000 at 2012 RM Auctions - Monterey.
- Winner of the Concours d'Elegance de l'Auto in 1938
- The only four liter T23 true Jeancart style teardrop coupe built
- One of five jeancart style cars built; one of four remaining.
- Holder of a Certificate of Originality, signed by M. Claude Figoni.
- Cherished and cared for by just four owners since the late 1940s.
- Restored by French master coachbuilder Chapron.Almost all of the T26 Grand Sport automobiles received custom coachwork from various coachbuilders. Many were used to display their artistic creations at Motor Shows while others sat atop shortened chassis and used for sporting events. Anthony Lago had taken over control of the Talbot factory in Suresnes after the merger with Sunbeam and Darracq had collapsed in 1936. By 1937 he had introduced a new line of vehicles, two of which were entered in the grueling 24 Hours of Le Mans. He continued his racing endeavors by moving to single-seat racers and by 1939 a purpose-built Grand Prix car had been completed. The onset of World War II slowed the racing endeavors but after the war and with the assistance of Carlo Marchetti an overall win at Le Mans was achieved.
The T26 was powered by a six-cylinder, DOHC cam engine that produced nearly 200 horsepower. The drum brakes on all four corners provided ample stopping power while the live-axle with semi-elliptic leaf springs rear suspension provided the necessary support needed in the corners at speed.
The Talbot-Lago T26 models were exquisite creations outfitted with coach work provided by some of the world's greatest coachbuilders. Never produced in large numbers, these T26 models are extremely rare and exclusive by today's standards.Giuseppe Figoni was a brilliant artist who worked with metal to produce some of the most unique and flowing coach-bodies of all time. His designs amplified his hatred of the wind; the force that caused drag and crippled the cars power. His creations often centered around this hatred, evident by the streamlined designs, flush door handles, steeply raked windshield, sloping fastback, and enclosures for wheels and tires. The elegance of the Figoni et Falaschi designed vehicles are sensual and their curvy creations are regarded as art. Ovidio Falaschi provided the working capital and business expertise while Joseph Figoni created the sophisticated three dimensional design concepts. Chassis 93064, like all of the Teardrops, is unique and built specifically for its original owner. Unlike all of the other Teardrops, it was outfitted with a four liter T23 chassis and sat atop a 2.95 m chassis. It was longer and had a wider track than most Teardrops but in comparison to other coachbuilt vehicles at the time, it was shorter and retained its sporty appeal. The longer tail compliments the hood and creates a surreal balance while the wider track gave it excellent balance while driven through corners at speed. Chassis 93064 has Figoni production number 685 which can be found stamped throughout the car. The original owner is unknown but it was ordered in metallic blue with red leather interior. It was built by Figoni et Falaschi and given Style 9221 Model Jeancart coachwork. Delivered to a French resident on February 21, 1938, it was registered with plate number 199ADY75.
By Daniel Vaughan | Jun 2007
Cabriolet
Coupe
Chassis#: 93408
Chassis#: 93041 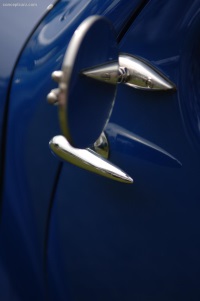 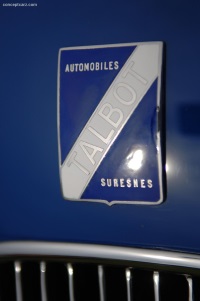 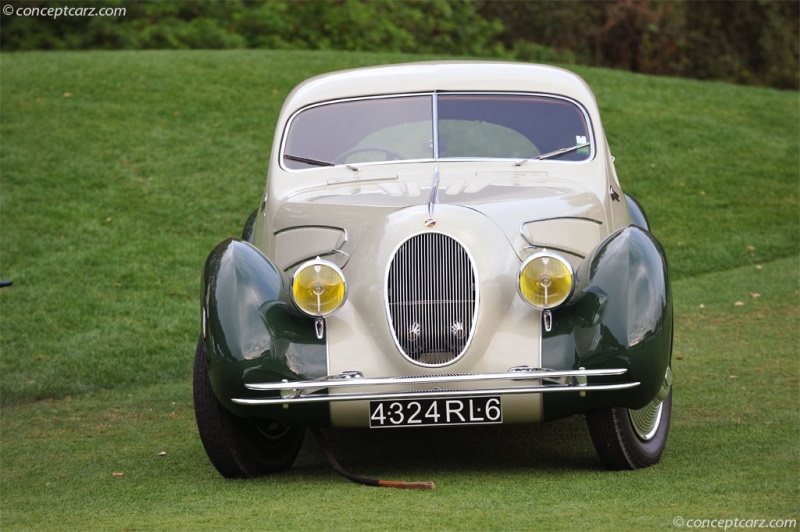 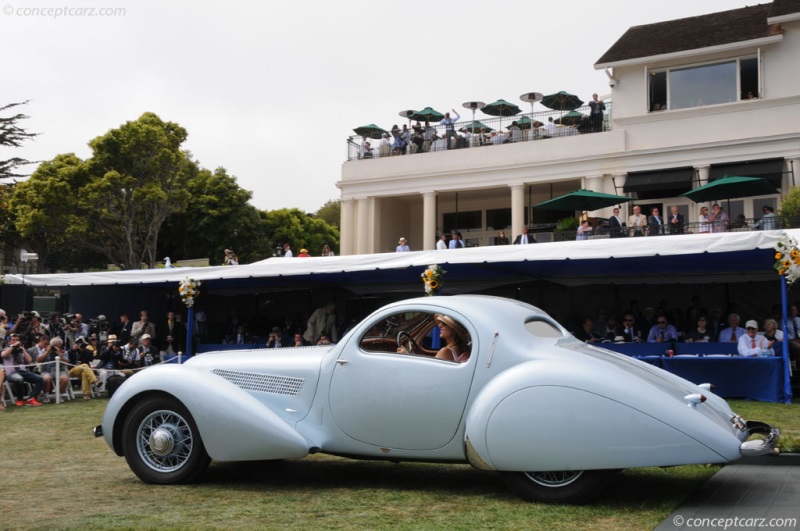 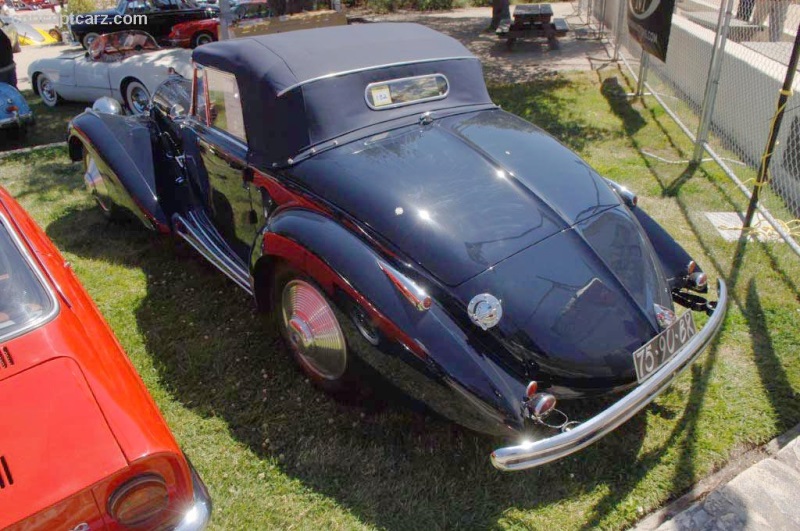 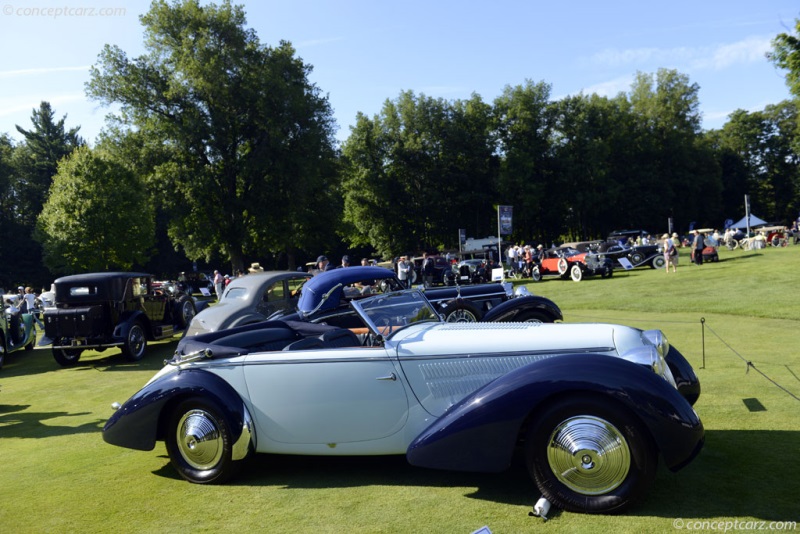 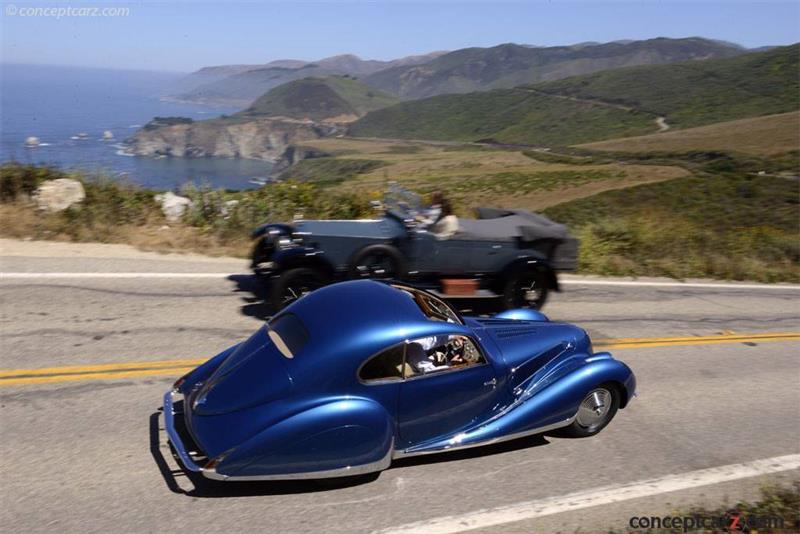 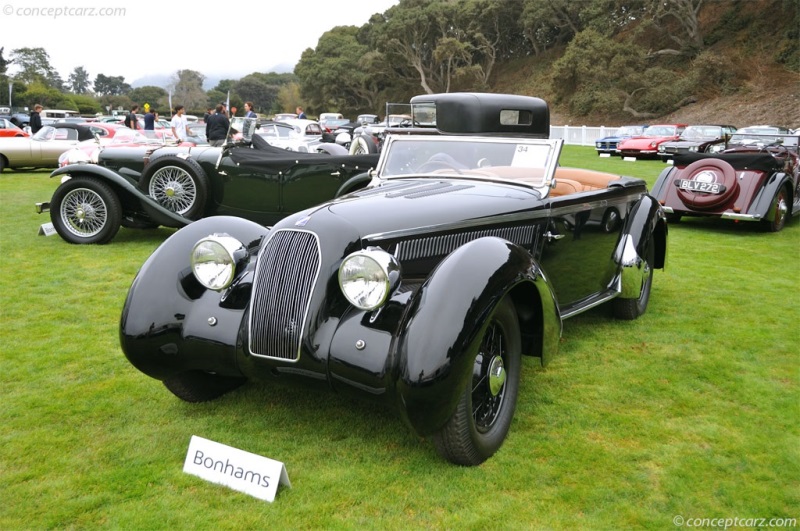 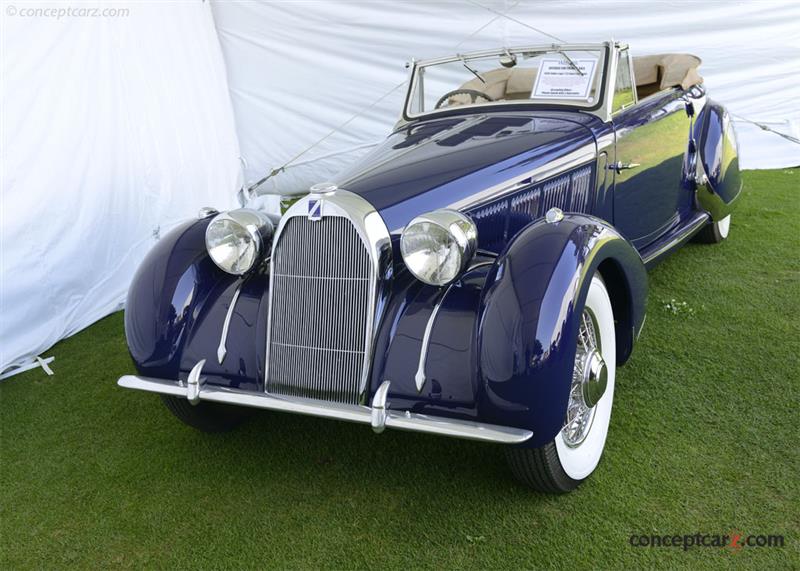 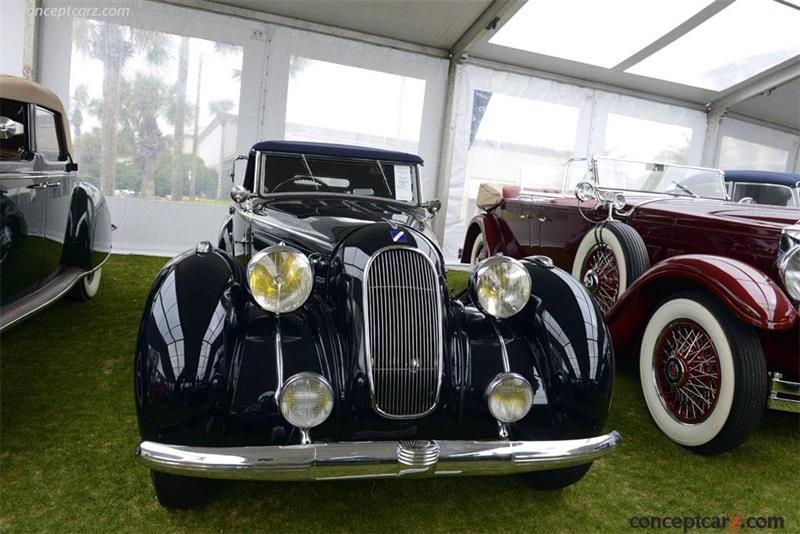