The M.G. name evolved out of the combined efforts and success of two men - Cecil Kimber, who was a former competitive motorcycle racer, and William Morris, later Lord Nuffield, who by 1925 was Britain's largest car producer. Together Kimber and Morris formed an automobile repair garage called Oxford Garage, where they repaired and built successful racing autos under the name Morris. In 1910 the name was changed to Morris Garage, and by 1929 it was changed again to the M.G. Car Company. That same year the company relocated to larger factory space in Abingdon.

After many successful models, motors, and an impressive list of racing triumphs the company began to concentrate on four cylinder cars. After the stock market crash in 1929 many small manufacturers in both England and the Únited States went under.

M.G. Car Company, however, managed to produce a series of successful racing vehicles that were precursors to this 1932 M.G. J2 Model. The successes of these automobiles in the world's most prestigious races made M.G. a household name in the motoring world. 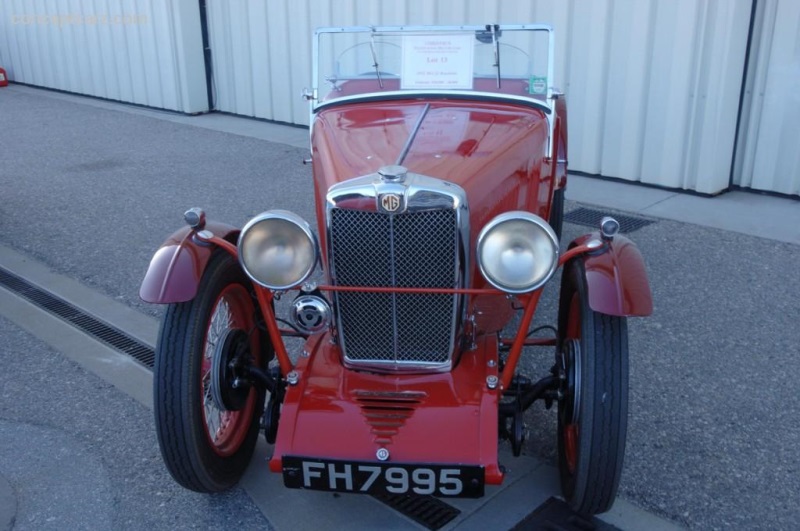 The M.G. J2 became immediately popular as a car meant for going fast and for having fun. It was a landmark vehicle because it was a genuine, fully-equipped sports car, available for only 199 British pounds. Its exposed rear tank, folding windscreen, cutaway doors and rear-mounted spare wheel set a pattern for all sports cars of the period.
By Daniel Vaughan | May 2007Source - Frick Car and Carriage
No auction information available for this vehicle at this time.

1932 MG J2's that have appeared at auction but did not sell.