Sold for $1,430,000 at 2012 RM Auctions at Amelia Island, Fla.
Ferrari introduced their legendary 250 GT series at the 1956 Geneva Motor Show. Many believe this was the company's first true series-produce model. Ferrari displayed two versions of the new model at the company's display, a cabriolet bodied by Boano and a Pinin Farina-designed Berlinetta. The coupe production was ultimately taken on by Boano, which clothed the chassis in its own variation of the show car's coachwork. It is not entirely clear why Pinin Farina did not create the coupes; some believe that Ferrari was loathed to take on the coachbuilder's minimum production order of 500 cars. Others believe that it was because Pinin Farina was in the midst of building a new factory and did not yet have the capacity for such a sizeable order.Though Boano earned the contract for the 250 GT coupe production, Pinin Farina did receive four chassis for individual coachwork. They were subsequently clothed in Superamerica-style bodies and given their own chassis designation, no. 513.
Chassis number 0465 GT was delivered to Pinin Farina for coachwork in August of 1956. It is the second of four examples of chassis type 513. It has a Superamerica-style body without fender vents and finished in Cassa Blu Genziana paint with a Pelle Naturale interior of Connolly leather.
True to coachbuilt fashion, the car has many unique features including gauges, telescopic steering wheel, special high bolster seats, twin separate fuel tanks with twin fillers and a custom, lowered driver's side window crank.This 250 GT Speciale was completed in mid-August and sold a month later to Emmanuele Nassi. Kurt Harbauer of Weilheim, Germany was the next owner, taking possession in October of 1961. The next owner was the Martini Racing Team in Adenau, Germany. An American G.I. named Grant Stapelton exported the car to his home in Youngstown, Ohio in 1969. For the next fourteen years, the car remained in Mr. Stapelton's care, before going to its next owner, a fellow Ohio resident. Bill Rhodes of Concord, North Carolina acquired the car in 1984 and treated the car to a total concours-level restoration. Upon completion, the car won a First in Class at the Ferrari Club of America's June 1992 annual meet in Grand Rapids, Michigan, where the car also garnered the Ferrari of Exceptional Merit award. Two months later, the 250 GT took First in Class at the Pebble Beach Concours d'Elegance. It then won the GT Ferrari Cup at the 1993 Cavallino Classic in Palm Beach, Florida.Paul Gilpatrick of Westminster, Colorado purchased the car in mid-1994. After being shown at several more events, it was purchased in early 1996 by Japanese citizen Kentaro Kato and put on display in his own personal Ferrari museum in Hokkaido, Japan, the Museo del Cavallino.Bill Jacobs of Joliet, Illinois purchased the car in mid-1998 before being acquired in January of 2001 by Dan Kary of Lewiston, Maine. It was shown at the Cavallino Classic and the Amelia Island Concours d'Elegance, and later received its Ferrari Classiche certification. In the care of its present owner, the car has continued to be well cared for and shown at various events, including earning a First in Class Platinum award and the Most Elegant Ferrari award at the 2012 Cavallino Classic.Powering the car is a 2953cc V-12 engine delivering 240 horsepower and mated to a four-speed manual gearbox. There are four-wheel hydraulic drum brakes and a wheelbase that measures 102.3 inches.
In 2012, this vehicle was offered for sale at the Amelia Island sale presented by RM Auctions. It was estimated to sell for $1,300,000 - $1,600,000. As bidding came to a close, the car had been sold for $1,430,000 inclusive of buyer's premium.
By Daniel Vaughan | Apr 2012

Sold for $1,430,000 at 2012 RM Auctions at Amelia Island, Fla.
Ferrari 0465 was one of four prototypes in the 410 SA style body built on a SWB. It was built for Mr. Nassi, a director of Fiat and member of the Agnelli family of Fiat. Mr. Nassi wanted a 'wolf in sheeps clothing' so the engine was a competition engine or to the TDF specs. The interior, gauges and seats were to his special order and are unique. This car was raced at the Nurburgring in the late 1950s and 60s. It was restored in 1984-1990.

Ferrari 250 GT Speciales That Failed To Sell At Auction

1956 Ferrari 250 GT Speciale's that have appeared at auction but did not sell. 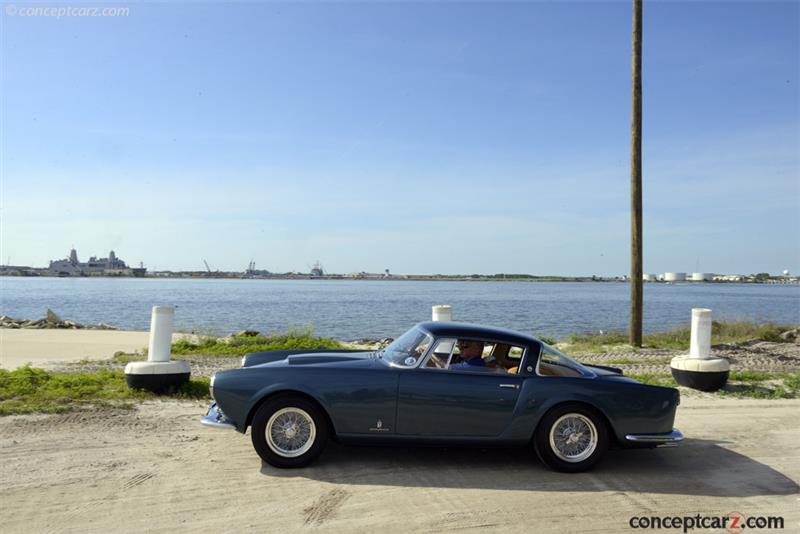