Sold for $665,500 at 2012 Gooding & Company, Amelia Island, Fl.
Shortly after introducing the 4 1/2 Liter, Bentley put it to use in competition. The Bentley Boys quickly earned LeMans and Grand Prix finishes and victories. It was proven in record runs and at various sporting events. Although the Speed Six was the true victor at Le Mans for Bentley, it was race car driver Tim Birkin's admiration and respect for the 4 1/2-Liter that led to the development of the Blower. This example was delivered new on April 14th of 1930 to Sir James Wilson Bart of Callander, Perthshire, Scotland. It received coachwork from A.C. Penman & Co. and it now represents the sole W.O. Bentley to be clothed by the Dumfries-based company. The bodystyle was described as Saloon but is believed to have had a bolt-on top section which, when removed, formed an open tourer. The car was equipped with chromium-plated hardware, a C-Type gearbox and double-spoked wheels.Sir James remained the car's caretaker through 1945, when Alexander Archibald became its second registered owner. Mr. Archibald kept the Bentley for several years before selling it to Ivor McAdam, who sold the car to Leonard Potter in 1948. In 1950, it was purchased by Londoner J.B. Chadwick. Mr. Chadwick kept the car until 1972 when Arthur H. Cocks of Cornwall, England, acquired the car.
By the early 1970s, the car was beginning to show its age and the A.C. Penman coachwork was in need of repair. No drawings or specifications were available as a guide for rebuilding the coachwork. So Mr. Cocks decided to build a new body in the style of a period Tourer by Vanden Plas.
In 1982, the Bentley was sold to Mr. R. Cutler of Staffordshire, England, who kept it for just a few years before passing it on to Stanley Mann of Edgware, England, in 1985. A year later, it traveled across the Atlnatic and into the care of New Englander, Armand Zildjian, president of the Zildjian Cymbal Company. Mr. Zildjian upgraded the Bentley with Le Mans-type cycle fenders, installed a pair of Brookslands-style aeroscreens and re-trimmed the interior. In 2002, the car was acquired by its current owner. The 4398cc SOHC inline 4-cylinder engine has four valves per cylinder and dual SU carburetors. It produces approximately 110 horsepower. There is a 4-speed C-Type gearbox and four-wheel mechanical drum brakes.In 2012, the car was offered for sale at the Amelia Island sale presented by Gooding & Company. It was estimated to sell for $650,000 - $850,000. As bidding came to a close, the car had been sold for the sum of $665,500 inclusive of buyer's premium.
By Daniel Vaughan | Apr 2012

1930 Bentley 4.5-liter's that have appeared at auction but did not sell. 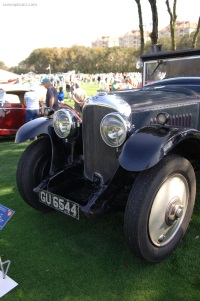 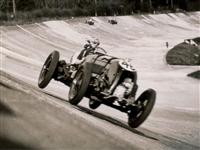 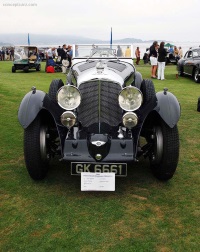