Sold for $82,500 at 2012 RM Auctions at Amelia Island, Fla.
Sold for $88,000 at 2013 Bonhams - Quail Lodge Auction.
Sold for $101,750 at 2017 RM Sothebys : Hershey.
After moving to Paris, Louis Delage soon established himself as a consulting engineer. He worked for a while at Peugeot before founding Delage & Cie. at Levallois, a northwester suburb of Paris. Two prototype Delage automobiles were built and both had single-cylinder deDion engines. By 1912, the company produced its first six-cylinder car, with a 2.5-liter engine designed by engineer Arthur-Leon Michelat and built in-house.Maurice Gaultier became chief engineer at Delage in 1925. He was a graduate of Ecole des Arts et Metier at Lille and would have a profound influence on everything that left the works thereafter. The Model DR, the first all-new design from Gaultier, was introduced in 1927. Power was from a L-head six-cylinder engine with a Ricardo-type cylinder head. Two displacement sizes were available, consisting of 2177cc and 2516cc. The DR would become the company's second-best seller of all time.
This particular DR70 was imported new to Australia as a chassis in 1930. The first owner was Claude Vanderkelen of Toorak, brother of the then-consul from Belgium. The car was given coachwork by James Flood Pty., Ltd. of Melbourne, clothed in aluminum and given an open touring body configuration. The car retains its original body.
The car was used by Mr. Vanderkelen until 1938. After passing through two other Australian owners, the vehicle was acquired in the 1960s by Ian de Beuzeville, who used it daily for a few years before undertaking a complete restoration. After the work was completed, it competed in numerous events. Around 2004, the car was imported to the United Kingdom. In 2007, it joined a Spanish collection. In 2012, the car was brought to the Amelia Island, Florida auction presented by RM Auctions. It was estimated to sell for $100,000 - $150,000. As bidding came to a close, the car had been sold for $82,500.The car is powered by an L-head, six-cylinder 2517cc engine offering 45 horsepower. There is a four-speed manual transmission and four-wheel mechanical drum brakes.
By Daniel Vaughan | Apr 2012

Recent Sales of the Delage DR70

Delage DR70s That Failed To Sell At Auction

1930 Delage DR70's that have appeared at auction but did not sell. 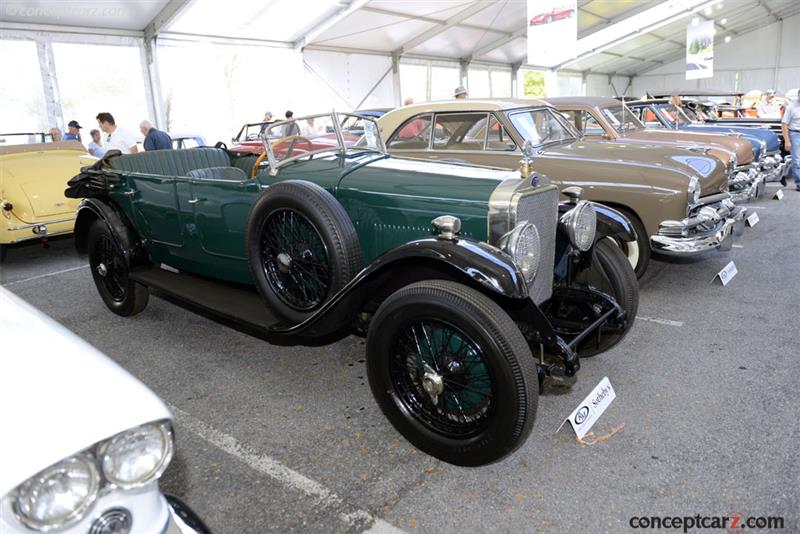