This Renault was delivered new to Marshal Ferdinand Foch, the French hero of World War I. It was bodied in the Cabriolet de Ville style by the Parisian coachbuilder Kellner. Organized by Georges Kellner as G. Kellner & Ses Fils in 1861, the company supplied the carriage trade, as well as turning out a number of horse-drawn ambulances. His sons, Paul and Georges Jr., joined him in 1890, and in 1903, they built their first bodies for automobiles. Georges retired in 1910, and the sons reorganized as Kellner Frères. Foch had little time to enjoy this car, as he passed away in March of 1929. After his death, the car eventually found its way to the United States, where it turned up in California in the 1960s in the care of Art Astor. In 1977, it was purchased by Jimmy Brucker. Brucker sold it to Las Vegas hotelier Ralph Engelstad in 1984, for his Imperial Palace Collection. While in Mr. Engelstad's care, the car was given a frame-off restoration in 1986.The car is finished in maroon over black fenders, with a black leather roof that folds back to create a completely open car. The brightwork consists only of bumpers, lights, wheel hubs, windshield frame, and small pieces of hardware. The car rides on varnished wood-spoke artillery wheels mounted with whitewall tires.
In 2012, this car was offered for sale by RM Auctions at their Monterey, CA sale. The car was estimated to sell for $500,000 - $600,000 and offered without reserve. As bidding came to a close, the car had been sold for the sum of $264,000 inclusive of buyer's premium.
By Daniel Vaughan | Nov 2012

Renault 40 CV Type NMs That Failed To Sell At Auction

1925 Renault 40 CV Type NM's that have appeared at auction but did not sell. 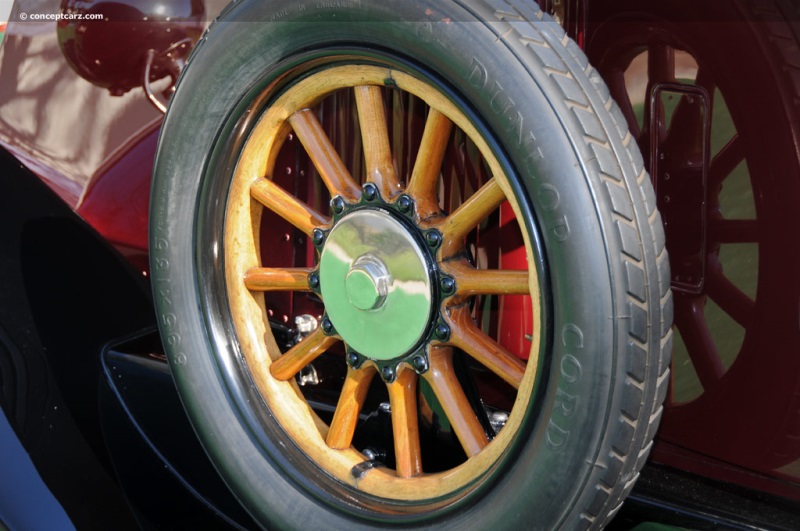