Sold for $225,500 at 2013 RM Auctions - Amelia Island.
The 'Derby Bentley' was the 3 1/2 liter, which was based upon the Rolls-Royce 20/25 chassis but with a high-performance engine with crossflow head, higher compression ratio, twin SU carburetors, and a re-profiled camshaft. The engine was increased in 1936 to 4.25 liters by using the new 25/30 Rolls-Royce engine. In this guise, the 'silent sports car' finally found its niche.This All-Weather Tourer is chassis B37LE and is an 'LE' specification chassis, and one of only 100 produced. The top speed is not as high as the later 'LX' series cars, which were equipped with overdrive, but many drivers agree that the gears on the 'LE' are spaced more tightly together, making the car considerably more comfortable to drive at speeds below 50 mph.This car was originally owned by J.T. Johnson who had the chassis delivered to Thrupp & Maberly for the bodywork. It is a four-door, four-passenger convertible tourer with a fabric top that lies neatly when folded for a clean appearance. Johnson accepted delivery in June 1939.
The car currently retains its original bodywork, chassis, and engine. It has a side-mounted Continental touring spare and finished in period-correct deep blue over black, with blue leather upholstery and walnut trim. In the front are imposing headlamps, driving lamp, and accessory horn, as well as a nearly complete tool kit.
The 4257cc overhead valve six-cylinder engine is fitted with twin SU carburetors and develops 126 horsepower. There is a four-speed manual gearbox, a wheelbase that measures 126 inches, and four-wheel mechanical drum brakes.
By Daniel Vaughan | May 2013

Recent Sales of the Bentley 4.25-Liter

Bentley 4.25-Liters That Failed To Sell At Auction 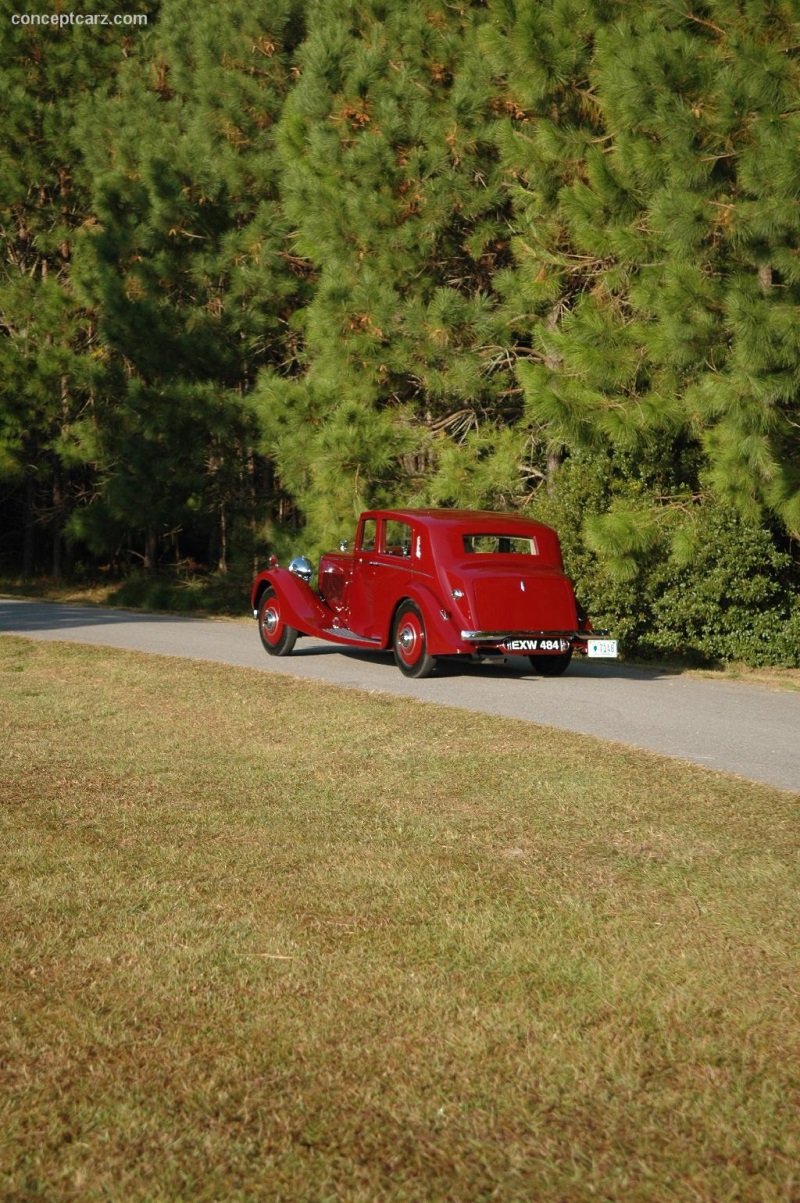 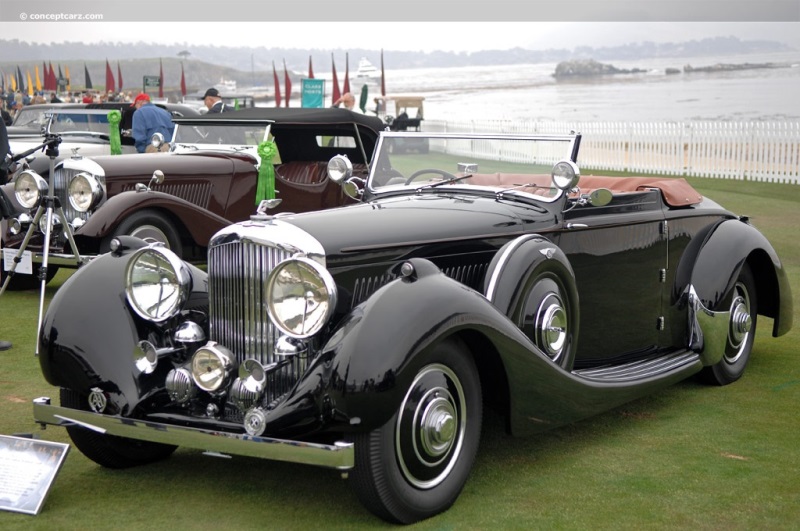 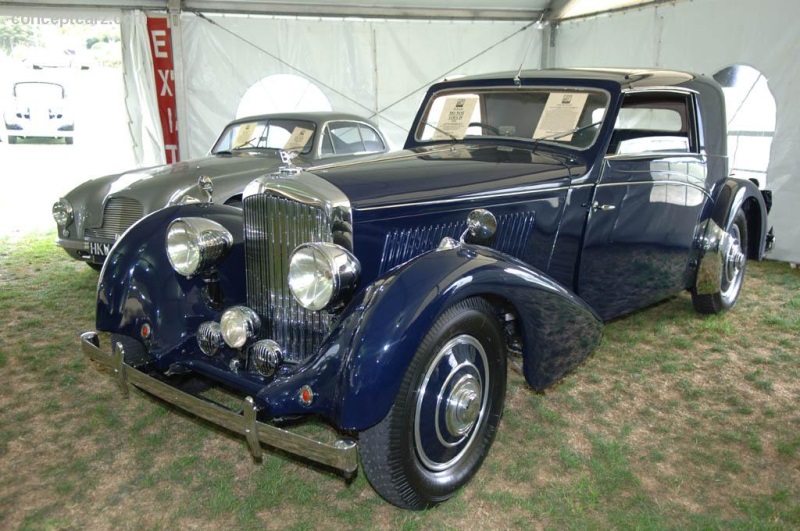 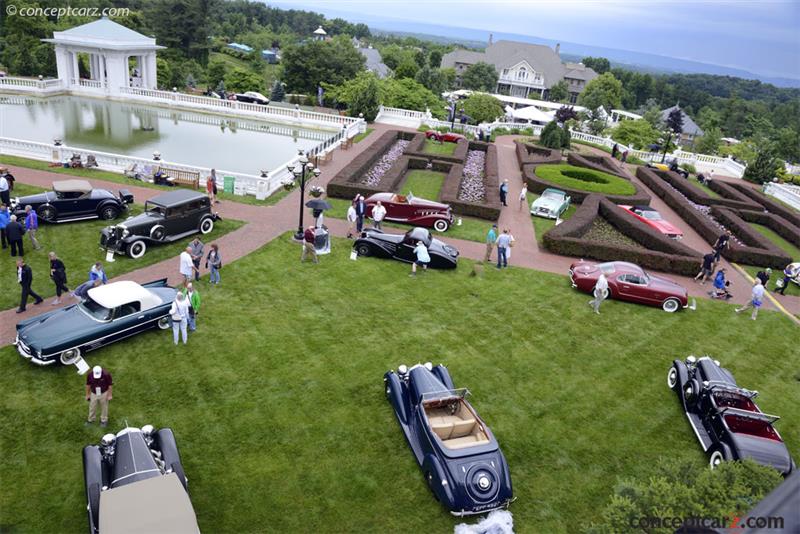 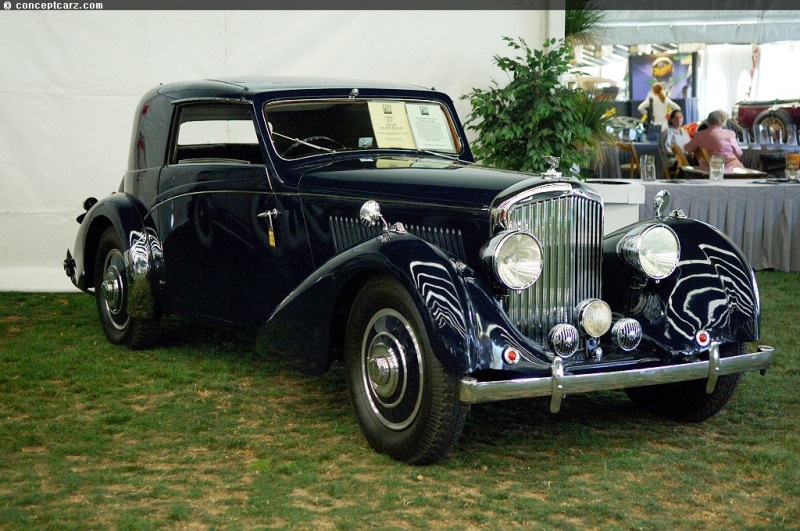 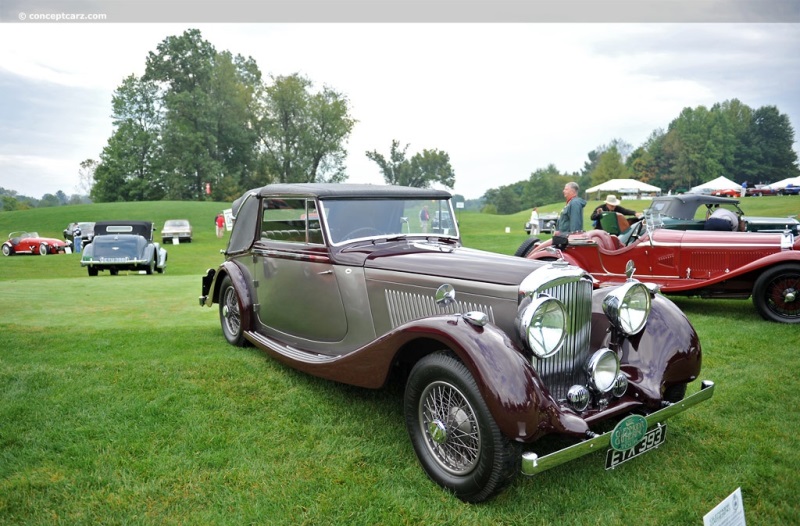 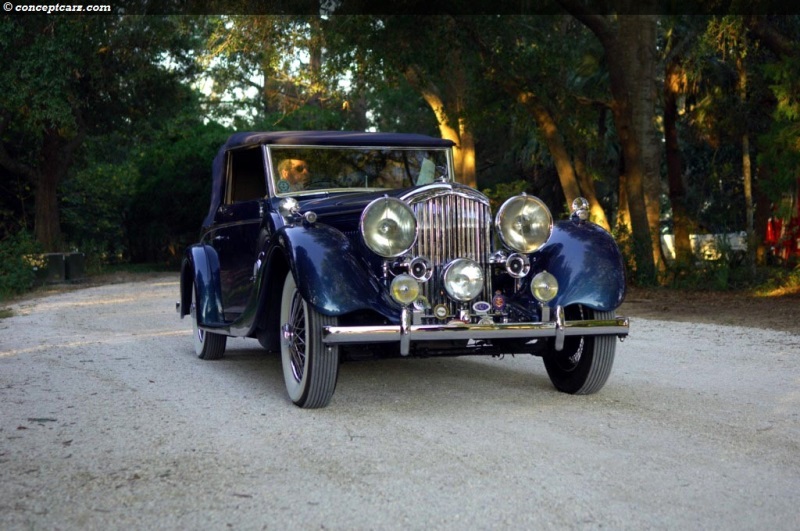 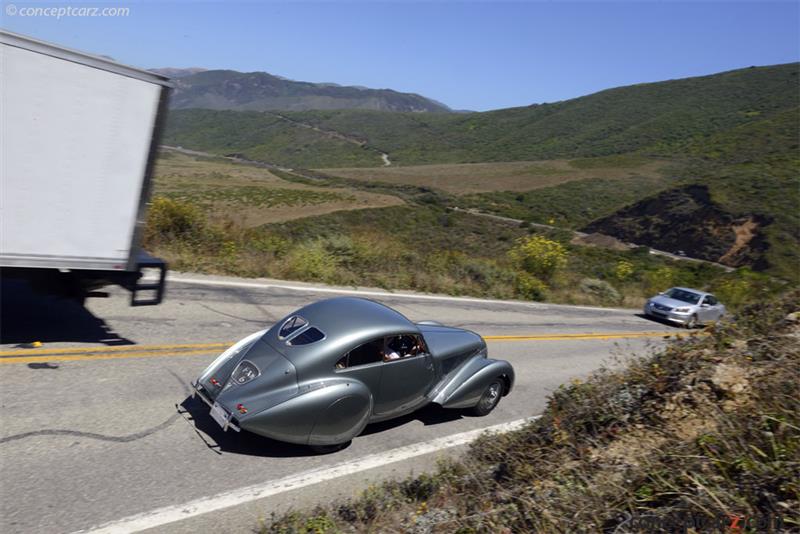 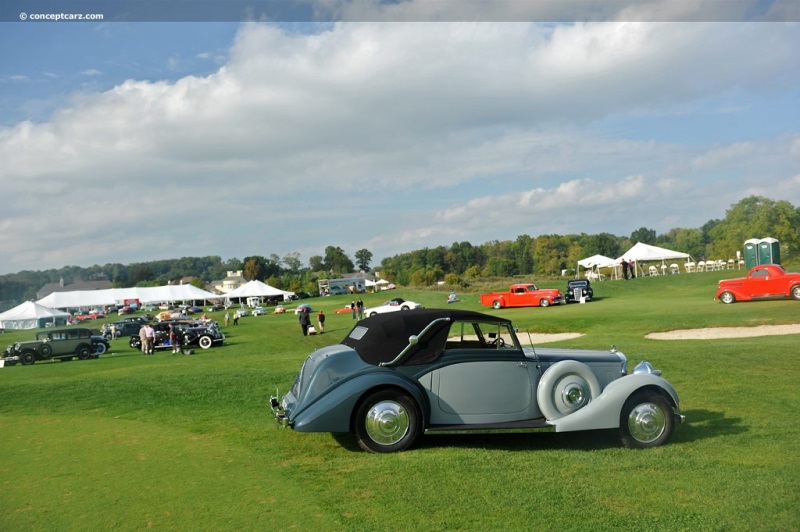 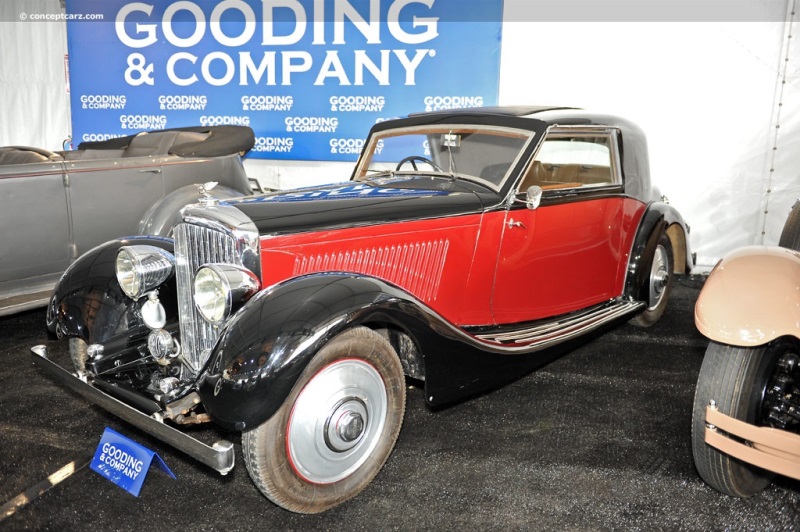 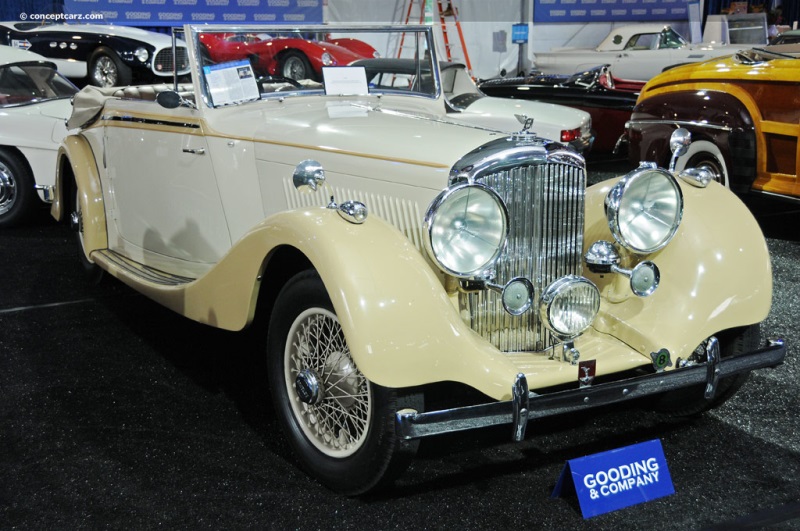 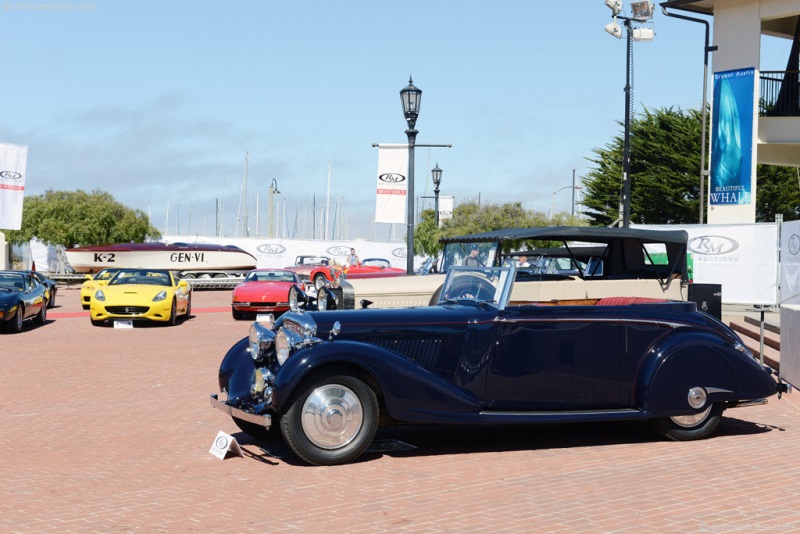 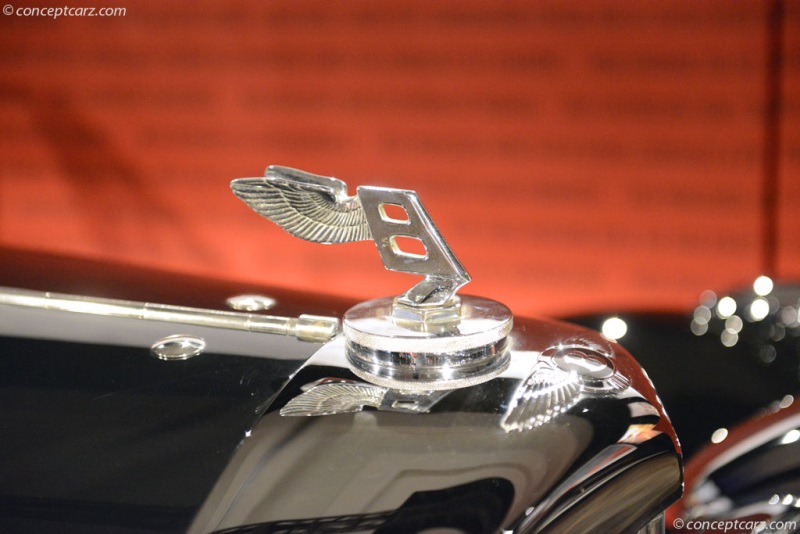 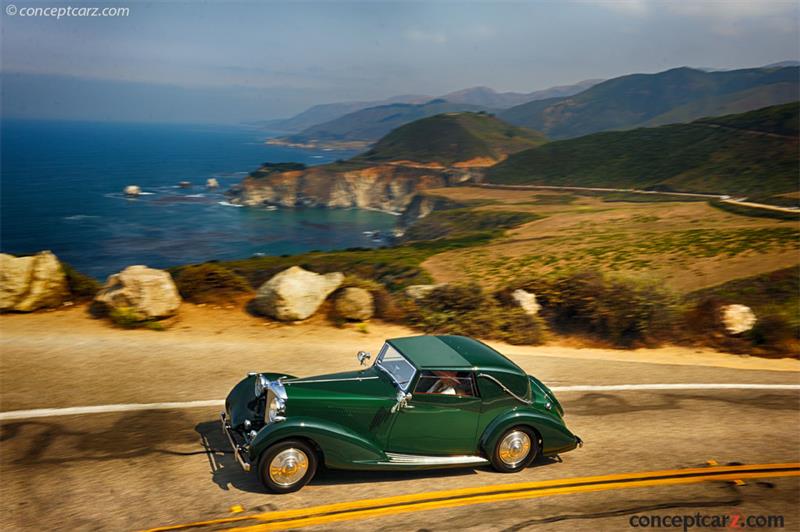 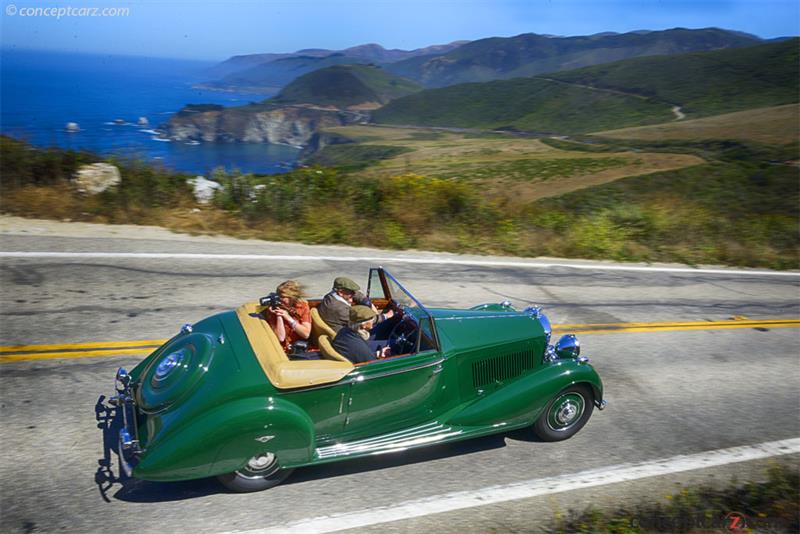 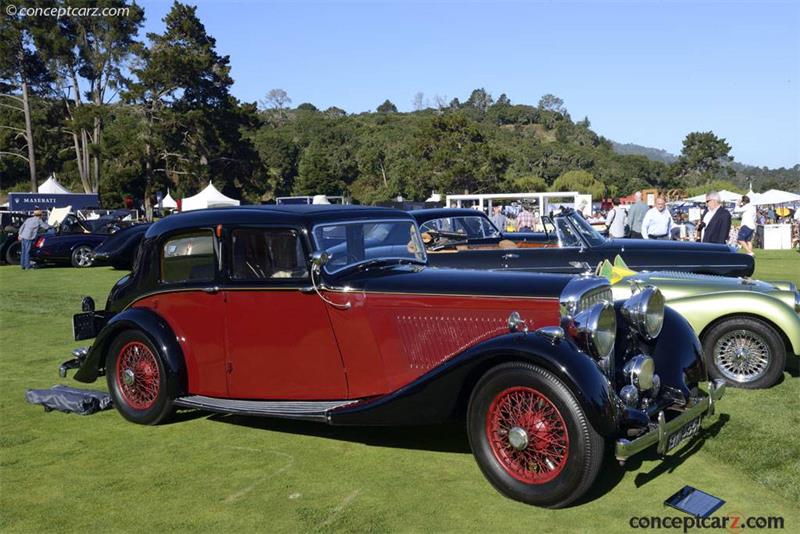