Perhaps the most beautiful and exotic (and certainly the most expensive) automobile in history is the Bugatti Type 57SC Atlantic. With graceful styling, a powerful engine, and lightweight construction, the vehicles were as impressive with their performance as they were with their design. The design was courtesy of Ettore's son, Jean Bugatti. It was influenced by aircraft styling and given an Avant-grade tear-drop shape. In the front were a raked windscreen, kidney-shaped doors with matching side windows, and the memorable riveted fins in the back. The riveted fins in the back were not just a design expression, they were a necessary part of the construction. The body was built from Electron, an alloy of aluminum and magnesium from IG Farben of Germany. It was lightweight and strong, but it was also very flammable. Thus, it was not able to be welded. The solution proposed by Jean was to use rivets.The first example produced was finished in silver and introduced at the 1935 Paris Motor Show. Production began the following year, though only three orders had been taken. By this point in history, the company had decided to switch to aluminum, which was also lightweight - just not as light as the flammable electron.
Power was supplied from an inline eight-cylinder, supercharged engine fitted with Stromberg carburetors. The 210 horsepower was mated to a four-speed manual gearbox. Drum brakes were at all four corners, as were the Rudge Witworth wire wheels.
The prototype car - the 1935 Paris Motor Show car - is called the Aerolithe after the Greek word for meteorite. It was the only example to be constructed from the exotic material, electron.Chassis 57591 was the final example produced of three aluminum-bodied production cars. Distinguishable features included the external headlights. It is also, perhaps, the most original of the three examples.The car was first owned by R.B. Pope of London and finished in Dark Sapphire Blue. It was given EXK6 license plate as part of its original UK registration. It was given a supercharger in 1939. In the 1960s the car was sold to author Barry Price. In 1988 it was purchased by New York designer Ralph Lauren who commissioned a comprehensive restoration by Paul Russel. The work took two years to complete, and as many original parts as possible were used. After the work was complete, the car was shown at the 1990 Pebble Beach Concours d'Elegance where it won Best of Show. Currently, the car is finished in black paint.
By Daniel Vaughan | May 2013

With a dramatic riveted seam scaling its top, the Bugatti Atlantic is one of the most recognizable creations in the collector car world. The original concept for the model, the Aerolithe, was designed by Ettore Bugatti's son Jean and built on a shortened Bugatti Type 57 chassis. It debuted in 1935, and four Atlantic Coupes followed. This Atlantic, the last built, was originally delivered to British tennish player Richard B. Pope. Ensuing owners included Barrie Price, Anthony Bamford, and Tom Perkins. Ralph Lauren purchased the Atlantic in 1986 and asked Paul Russell to restore it, opting to change its exterior color from French racing blue to black - and his decision was rewarded when the car was named Best of Show at Pebble Beach in 1990. 'It still takes my breath away every time I see it,' said Lauren later. The shape 'is like no shape I've ever seen - the bold contours, the studded seam along the top. I sometimes think it belongs in a museum, but when it's out on a racetrack it can still hit 110 mph.' 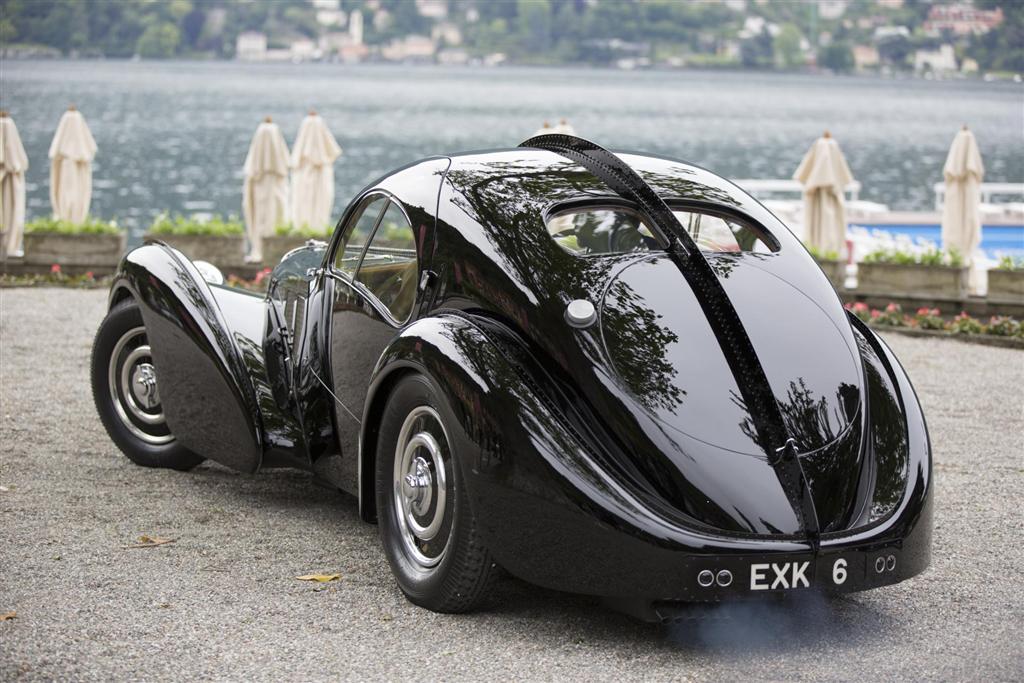 Vehicles
News
Concepts
Recalls
No auction information available for this vehicle at this time.

Bugatti Type 57SC Atlantics That Failed To Sell At Auction

1938 Bugatti Type 57SC Atlantic's that have appeared at auction but did not sell. 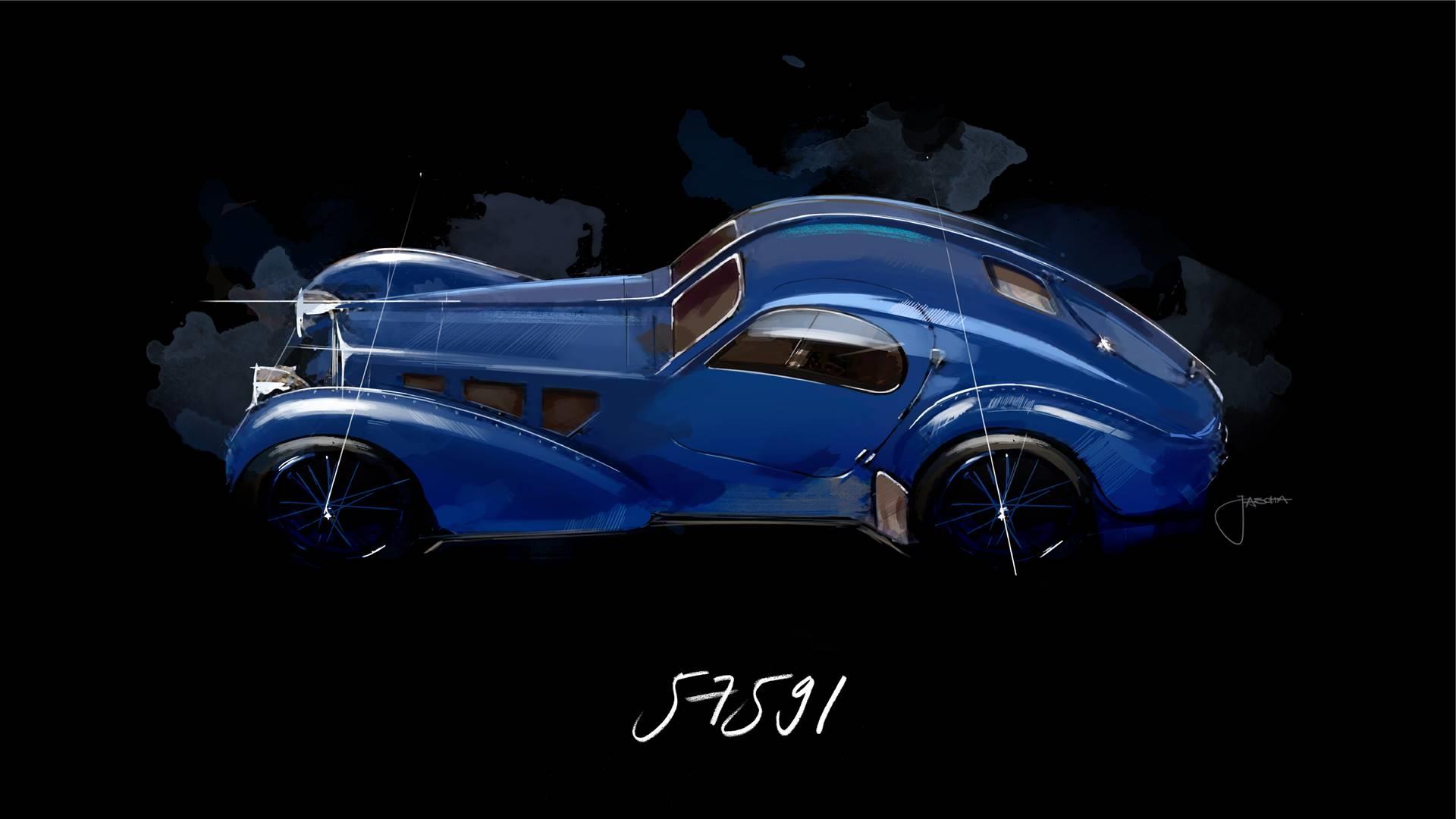