Sold for $1,100,000 at 2014 RM Auctions at Monterey.
Sold for $1,248,500 at 2017 RM Auctions : Amelia Island.
Lancia was founded in 1906 by Fiat race drivers Vincenzo Lancia and pal Claudio Fogolin. Known for innovation, Lancia pioneered independent suspension at a time when live axles were typically used, and offered the first production V-6 in 1950. The Lancia Aurelia design introduced a front engine/rear transmission layout later used successfully by the likes of Ferrari, Alfa Romeo, Porsche and Maserati. it also had inboard rear brakes which reduced un-sprung weight. The Lancia Aurelia was manufactured from 1950 to 1958 under the supervision of Vincenzo Lancia's successor as boss of the Lancia Company, his son Gianni. The Aurelia was powered by Lancia's first V6 engine designed by the young engineer Francesco de Virgilio under the guidance of Vittorio Jano. The Aurelia PF200 prototype coupe takes many of its styling cues from the Lancia Aprilia Pinin Farina Aerodynamica Berlinettas. In the early 1950s the jet age was dawning and America was captivated. Italy's leading designers took notice. Pininfarina's founded Battista Pinin Farina created one of this era's more outlandish designs. Named the PF200, it featured a pronounced oval grille-surround that could have come straight off a fighter jet. Underneath was a Lancia Aurelia chassis powered by a 2.0L V-6 sporting hemispherical heads and a single Solex carburetor. It produced between 75 and 90 horsepower depending on tuning level.In 1952, the Lancia Aurelia B52 PF200 debuted at the Turin Motor Show. Pinin Farina created a total of six PF200 Aurelias show cars, four of which are believed to still exist today. And, no two were exactly the same. This car was the only true roadster designated the PF 200-C and was the show car in the 1953 motor shows of Geneva, Paris, Frankfurt, Torino and still bears the dash plaque from its award-winning display at Stresa, Italy.
The current owner has owned this car since 1968. When it was restored, it underwent a complete nut-and-bolt overhaul, including the necessity to make from scratch several body and floorboard panels as well as the offset air cleaner needed for hood clearance. Interestingly, the transaxle rebuild was done by a mechanic who once worked for the factory back in Turin.

Sold for $1,100,000 at 2014 RM Auctions at Monterey.
Sold for $1,248,500 at 2017 RM Auctions : Amelia Island.
Pinin Farina, like many other carrozziere's at the time, indulged in styling exercises that were used for promotional purposes at auto shows and European concours d'Elegance. In the spring of 1952, at the Turin Auto Motor Show, Pinin Farina introduced a new concept car built on a Lancia B52 Aurelia chassis alongside their freshly re-designed Nash-Healey. Just 98 examples of the B52 chassis were created, and all were given one-off or limited-run production coachwork bodies. The design chosen for Pinin Farina's new Aurelia featured a host of styling cues from the Jet Age. It had a protruding circular nose with a large chromed bezel (in similar fashion to an F-86 Sabre fighter plane), a raked windshield, pontoon-style fenders, and uninterrupted beltlines. In the back was a finned tail that had six individual exhaust tips emerging just above the rear bumper. The concept created by Pinin Farina was called the PF200, and it signaled a styling direction that Pinin Farina would follow over the next four years. This short run of cars all featured the signature gaping nose and general proportions of the first Turin car. In all, Pinin Farina created two more open-top cars and three to four coupes.Each PF200 was slightly different than the next, with only the prototype featuring the circular nose. Future versions had more elliptic noses, while some had standard tailpipes, and others featured the bumper-through exhausts of the original Turin car. One of the three open cars had a removable top and side curtains while the others had wind-up windows and a more permanent soft-top.
The PF200's styling prompted at least two more similarly styled cars built on American chassis. Norman Granz was inspired by the prototype PF200 Roadster at Turin and ordered similar bodywork on a Cadillac 62 chassis. In 1956, Pinin Farina took the design a step further with the Palm Beach Special, which was built on a Nash Rambler chassis.
It is believed that no more than a total of eight cars were produced, with perhaps just over half of those surviving today. It is unclear the exact number due to a fire at the Pininfarina factory reportedly destroying a fair amount of documentation. Of the three open-top examples produced of the PF200, B52-1052 is the second example built. It made its debut at the Geneva Salon in March of 1953, nearly a year after the prototype's introduction at Turin. The PF200 C had chrome hashes behind the doors and an oval nose that was not yet chromed. In the front were bumperettes, there were directly underneath the headlamps, rather than in the inboard bumper arrangement of the prototype. It was the only car of the entire run that had a nose badge that read 'pf200 C'. Giving it a more sporting appeal, the car was equipped with a two-position windscreen and wind-up windows.The PF200 Concept was put on display at the 1953 Turin Motor Show. The car was constantly being updated by Pinin Farina, with minor changes appearing from appearance to appearance, including sometimes being finished in different colors. After the Turin Show, B52-1052 was next photographed at the Stresa International Concours d'Elegance in September 1953, where the car won a Grand Prize Honor. The photos at Stresa show that the Lancia had been equipped with a full windshield frame, complete with a top edge, as well as wind-wings and a hood deflector. The car had a license plate reading MI 215522 which suggests that the Spider had been purchased and registered by a private owner at this point.By the 1960s, the car was imported to the United States. It was later in the care of a California-based enthusiast before coming into the care of the current Michigan-based caretaker, who purchased the car in 1968. When the owner moved to Florida in 1996, the car was taken with him.In the early 2000s, the car was given a complete, exacting, and comprehensive restoration which took roughly 10 years to complete. The work was finished in 2013 and no expense was spared. The car was shown at the Concours d'Elegance of America at St. Johns in June of 2013, where it won First in Class and The Art that Moves Us Award. In March of 2014, it earned another class award at the Amelia Island Concours d'Elegance.
This car has been in single ownership for the past 46 years.
By Daniel Vaughan | Nov 2014 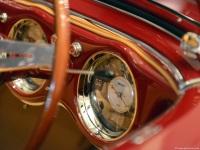 Recent Sales of the Lancia Aurelia B52 PF200

Lancia Aurelia B52 PF200s That Failed To Sell At Auction 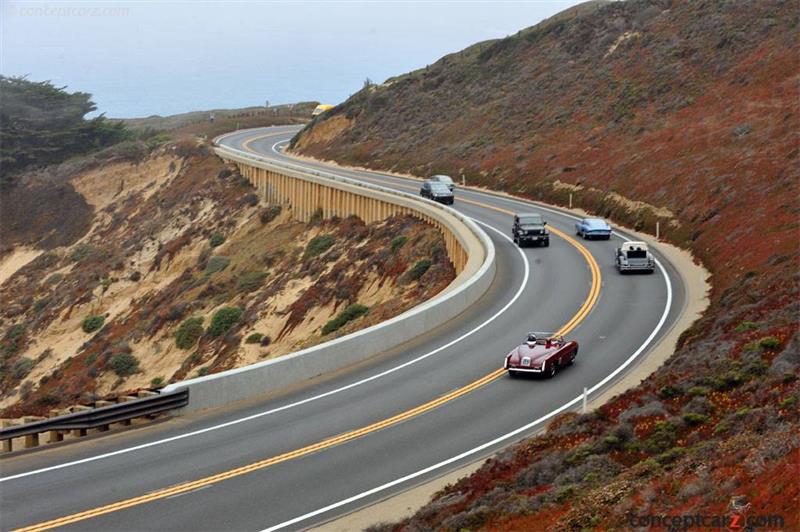