Sold for $770,000 at 2013 Gooding and Company - Pebble Beach.
In 1906, Louis Delage constructed his first voiturette and by 1908, his light cars were winning races. By 1914, the vehicle had adopted such advanced technology as twin-overhead camshaft engines and four-wheel brakes. By the early 1920s, Delage was producing elegant automobiles for wealthy clientele. The success of the Delage Company was due, in part, to the race cars that had swept the French Grand Prix in 1914 and won at Indianapolis the same year. Delage would also win the World Grand Prix Championship in 1927 with their 1.5-liter Grand Prix car.As the 1930s came into view, automakers worldwide - especially in the luxury car segment - were crippled by the Great Depression. Delage was forced out of his own firm. The D8 was the last series bearing his name produced after the company's merger with Delahaye. The D8-120 was the last of that line, appearing in 1937.
It is believed that around 1,200 Delage automobiles exist in modern times, with just 58 of those being the D8-120s.
Chassis number 51629
This example was sold new to the Argentine businessman Fritz Mandl. It wears two-door Deltasport four-seat aluminum coachwork by Carrosserie Henri Chapron of Paris. Power is from a straight-eight Delage-derived engine that delivers 140 horsepower through a Cotal electromagnetic four-speed transmission.When Mr. Mandl and his wife divorced in 1937, his wife Hedwig 'Hedy' moved to the United States. There she caught the attention of movie executives in Los Angeles and soon rose to stardom as actress Hedy Lamarr. Mandl remained in Argentina. It is believed the next owner of the Delage was G. Sesa and was later acquired by Hector Alberto Podesta Lando, a Buenos Aires collector and broker. Podesta gave the car cosmetic attention and the bodywork was re-sprayed cream with contrasting dark green fenders, wheels, and spare wheel cover. Manny and George Dragone of Dragone Classic Motorscars in Westport, Connecticut - along with their West Coast partner, B. Paul 'Ben' Moser - arranged to purchase the car from Podesta in early 1990. Ownership later passed to Alfredo Brener of Houston, Texas. Though Mr. Brener planned to undertake a restoration, the car was put on display at the Pebble Beach Concours d'Elegance in 1990 (the car was not judged). The car was on display at the Blackhawk Museum in Danville, California from early February through late September of 1991. On its return, a restoration began.In the mid-1990s, Brener traded the Delage back to Dragone; it then came into the care of the current owner. Since that time, it has continued to receive mechanical work and re-freshening as needed. It has a new black top and a period-correct black with a green body,
By Daniel Vaughan | Dec 2013

Sold for $770,000 at 2013 Gooding and Company - Pebble Beach.
Delage was a graduate engineer and a former chief draftsman and tester for Peugeot. When he created his namesake company in 1905, he strictly enforced two codes for building automobiles: they must be of the highest-quality engineering and they must exude beauty and art. Under his rule for the next thirty years, Louis Delage's wonderful machines exceeded these expectations.This example was sold new to Argentine businessman Fritz Mandl. He and his wife divorced in 1937. His wife Hedwig moved to the United States where she caught the attention of movie executives in the Hollywood rising to stardom . . . as actress Hedy Lamar. This chassis wears four-seat aluminum Delta Sport coachwork by Carrosserie Henri Chapron of Paris. Power is supplied by a 140hp in-line eight-cylinder engine that is shifted via a Cotal 4-speed electro-magnetic transmission.

Delage D8 120s That Failed To Sell At Auction 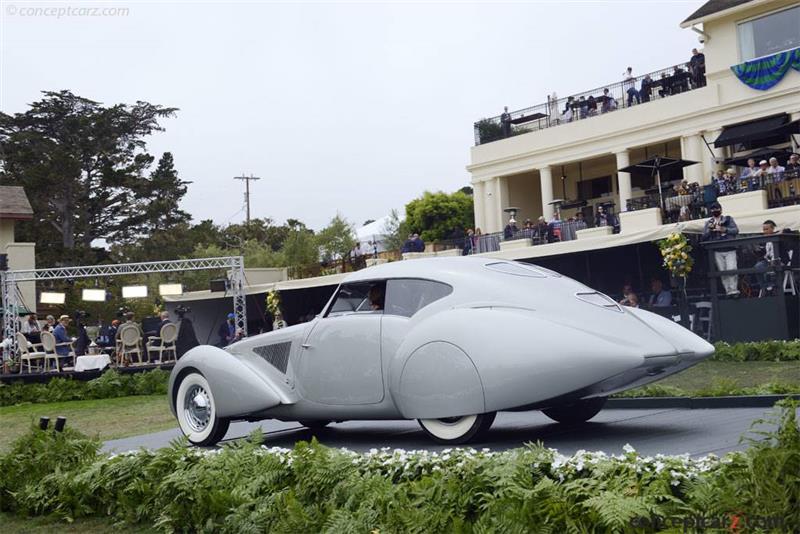 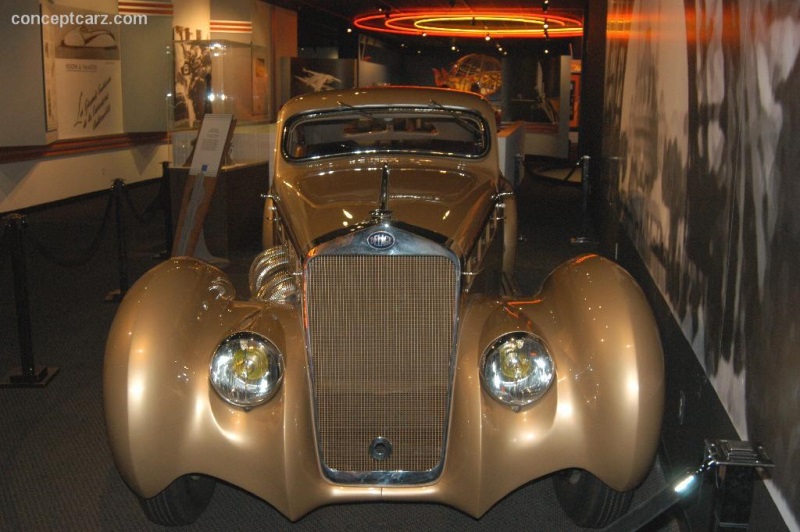 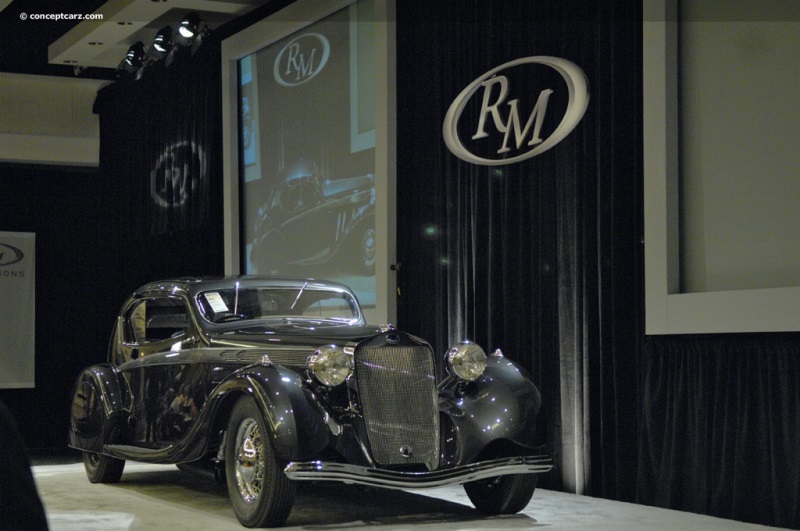 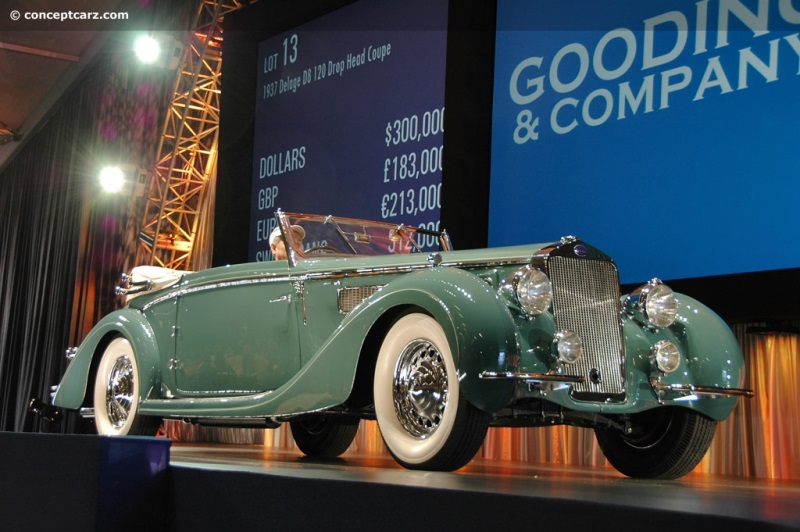 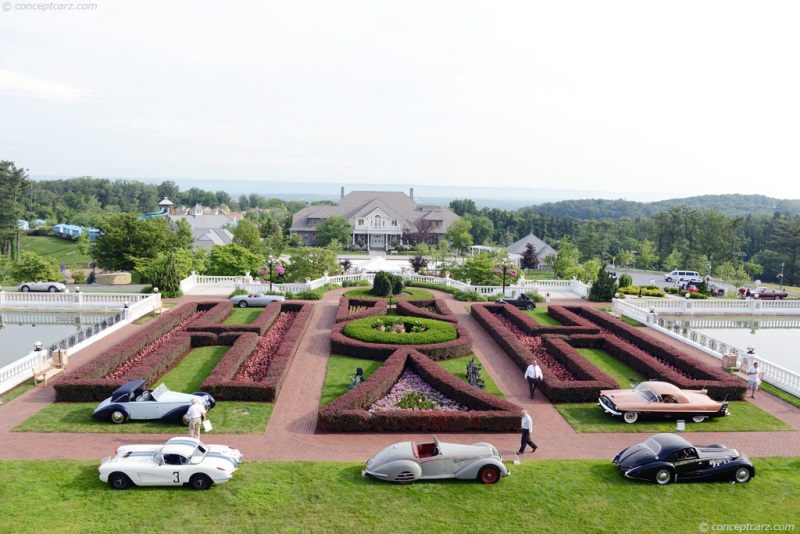 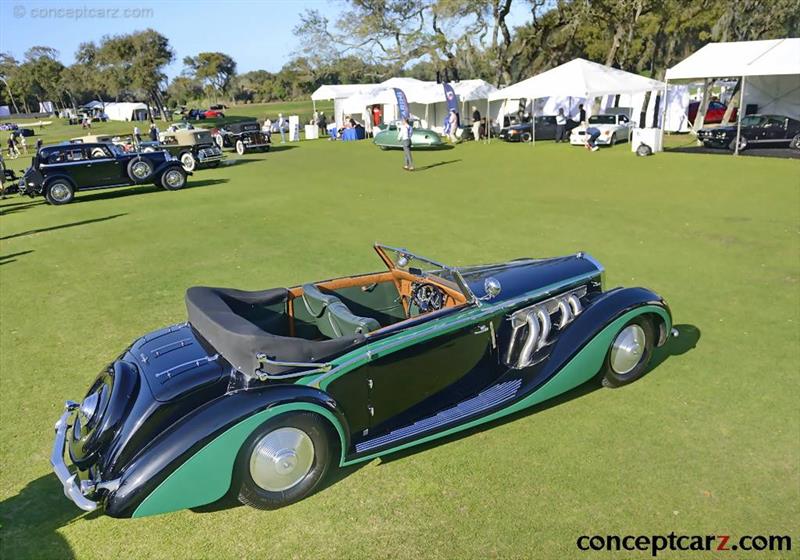 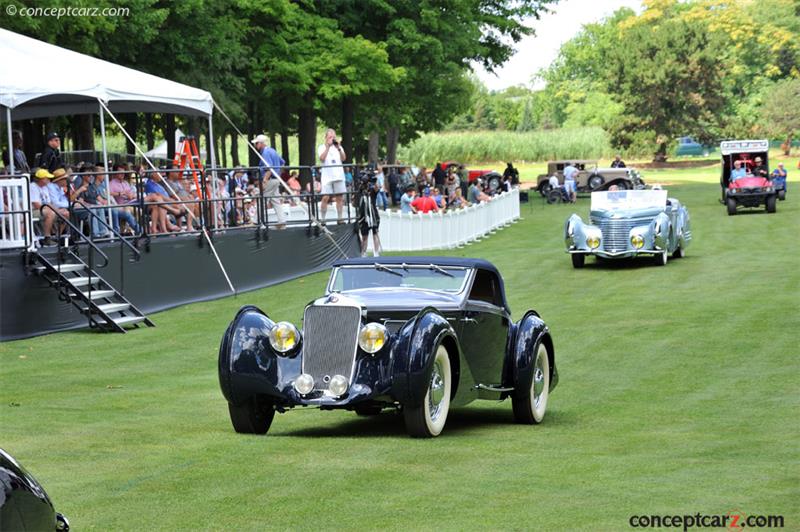