High bid of $1,000,000 at 2014 RM Auctions - Automobiles of Arizona. (did not sell)
Sold for $1,072,500 at 2015 Bonhams Quail Lodge Auction.
Siata would get its start before the Second World War supplying performance parts to tweak and tune FIATs. The company would be started by amateur racing driver Giorgio Ambrosini, and, initially, would be more than willing to ride the success of FIAT. This humble beginning would enable Siata to step to the fore in the years to come.Siata would continue its close relationship with FIAT following the Second World War. Because of this close relationship, Siata would be able to produce its first automobile in 1948 using a FIAT engine and other spare parts. However, the greatest gift the young company would receive would come in 1953.In the years following the Second World War, FIAT would be invested in what was known at the time as the Otto Vu project. This, essentially, was FIAT's attempt to design and build a small displacement V-8 for its smaller two-seater automobiles. However, when FIAT decided to cease production after just 49 examples, Siata, who had been involved in the project from the beginning, would have unbridled access to the surplus V-8s.
Siata had the engine it required to make an impressive two-seater sports car. The carrozzeria Motto had just the right body in mind as well. Simple, and yet, very artistically-beautiful, the Motto body perfectly reflected Siata's vision.
Siata's vision was very simple. Whether in coupe or spyder forms, their new 208S were all about launching the company into a sphere of performance and influence that only stables, like Ferrari, achieved. Matched with performance, the new 208S was a looker and an aesthetically appealing design.Sporting a Siata-tuned FIAT V-8 producing 125hp, chassis BS 509 is perhaps one of the best reflection of Siata's Sports Two Seater. Completed in 1953, the 208S would make its way to the west coast of the United States and its first owner. The first owner would be a member of the Doheny family. Then, and perhaps most importantly, in 1962 the car would change hands. Kent Wakeford would become the Siata's second owner and this would prove to be a very monumental moment in the car's life.

Working on a couple of Martin Scorcese films, Wakeford was seen as a gifted individual and someone with style. It would seem ideal then the simply-powerful Siata would end up in his hands. However, in spite of Siata's efforts, Wakeford would determine he needed more power. Therefore, he chose to replace the car's original engine with a 260 cubic inch engine Ford engine used in the Cobra. Not an easy task, the whole project of changing engines would take a great deal of time and thorough planning. One of those details included exchanging the driveshaft with that from a Lincoln in order to handle the power and the torque. Amazingly, much of the rest of the car would not need altering. The whole project would take the better part of two years. Though the whole project would take some time, the end result would be celebrated in a couple of publications and certainly had to make Wakeford an even more recognizable figure.

Wakeford would part with the car in 1966. However, the car would remain in California over the next decade. In 1976, the car could be found at Steve Taube Porsche, still without its original engine. Daniel Rowen, just in his twenties at the time of first seeing the car, would become the car's next owner. He would absolutely fall in love with the car keeping it with him until his death in 2009. Over that long period of ownership, he would gather together a great deal of information about the car, and about Siata. The car would go with him wherever he lived, including Washington D.C., Connecticut and other places. The 208S was a regular sight and was never really hidden away like some precious automobiles. During the mid-1980s, Mr. Rowen would commission Don Lefferts, and his famed Vintage Auto Restorations Garage in Ridgefield, Connecticut, to perform a detailed restoration. At the time Lefferts finished the work the car would be adorned in a red livery and would remain that way until Rowen's death in 2009.
Purchased by another Siata aficionado, the Sports Two Seater would be immediately refinished in black and a hunt would commence to find the car's original engine. With the help of John de Boer, the original Ottu Vu engine would be found in San Francisco. It's owner would be Jeff O'Neil. Without hesitation, the engine would be purchased. However, the purchase of the original engine would be more for the collectability and appeal as the Cobra engine has remained under the hood.
While the original engine remains with the car, other aspects have undergone some changes in an attempt to refurbish the beautiful Siata. Some of those elements include a rare set of carburetors suited ideally for the Cobra engine. Furthermore, Mike Curley crafted deep tan leather seats to help accentuate the Siata's interior.Well documented and bristling with its original, and, Cobra 260 engine, chassis BS 509 offers a rare blend of Italian and American tastes that are sure to please. Made available for purchase through the 2015 Bonhams Quail Lodge auction, the 1953 Siata 208S Sports Two Seater would receive some enthusiastic bidding. The result would be a sale price, inclusive of buyer's premium, of $1,072,500.By Jeremy McMullen

High bid of $1,000,000 at 2014 RM Auctions - Automobiles of Arizona. (did not sell)
Sold for $1,072,500 at 2015 Bonhams Quail Lodge Auction.
The Siata 208 was powered by an engine that had a 70-degree design, wedge-shaped combustion chambers, and aluminum block and heads. With the Siata camshaft, the cars had a claimed top speed of 115 mph. With such an advanced engine, the engineers felt an equally modern chassis was required. They gave it a tubular frame chassis, with fully independent coil-spring suspension and telescopic shock absorbers. Bill Doheny was a wealthy individual and heir to one of California's largest oil fortunes. One of his friends was Ernie McAfee, a skilled hot-rodder, racing driver, and tuner. Doheny provided financial backing to McAfee Engineering, which, among other ventures, imported a singular Italian sports car to the United States. Most of the Siata 208 models that were delivered through McAfee Engineering were the all-alloy spyders with bodywork designed by Michelotti. The cars were expensive and just 35 examples were built.This particular example is chassis number BS509. It was purchased new from McAfee Engineering by Bill Doheny. In 1962, it was purchased by Kent Wakeford. Mr. Wakeford, who was friends with Carroll Shelby, sourced a Shelby 260 cubic-inch engine in competition specification and an aluminum Cobra T-10 competition transmission.
The Cobra V-8 engine and transmission were installed into the Siata by Alan Johnston. He installed the 70-pound-heavier Ford engine four inches further back into the engine back to help retain the cars near-perfect 50/50 weight distribution. The original differential was retained, but it was changed from a 4.11:1 ratio to 3.62:1 one. Weight saving measures were made through-out the vehicle, resulting in roughly a net weight-gain of 50 pounds.
Wakeford retained the Siata-Ford until 1974 when it passed through two short-term owners before being acquired by Steve Taub Porsche. A short time it was purchased by 23-year-old Dan Rowen. Mr. Rowen kept the car for the next 33 years. The current caretaker purchased the car in 2009 from Rowen's family. The new owner has treated the car to a two-year professional restoration. The car has been driven just under 1,000 miles since the work was completed. In 2014, the car was offered for sale at RM Auction's Arizona sale. Along with the car was the original, matching-numbers (BS073) Fiat 8V engine. The engine is not running but is undamaged.
By Daniel Vaughan | Feb 2014 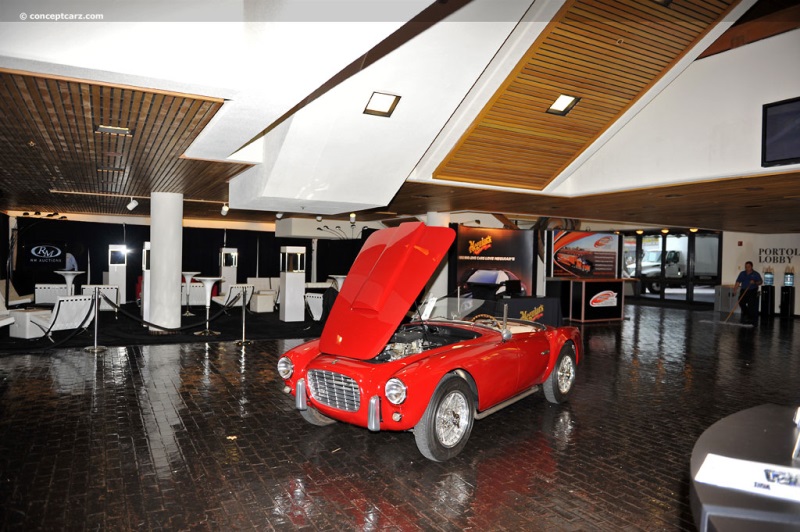 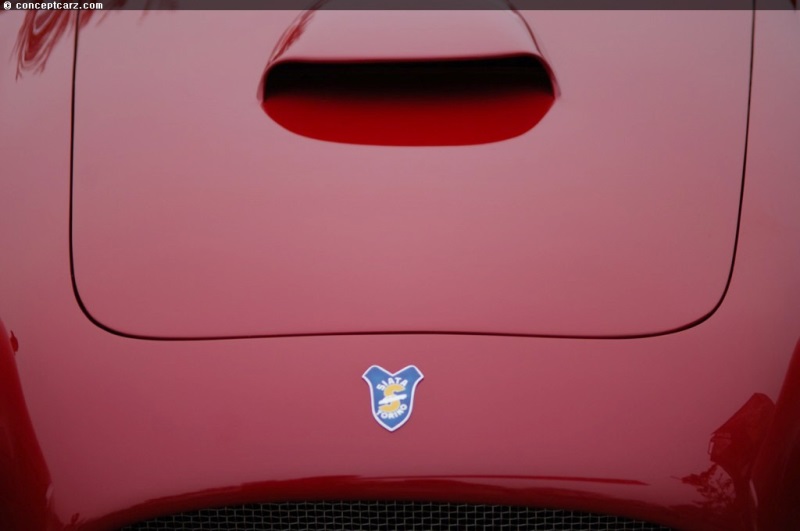 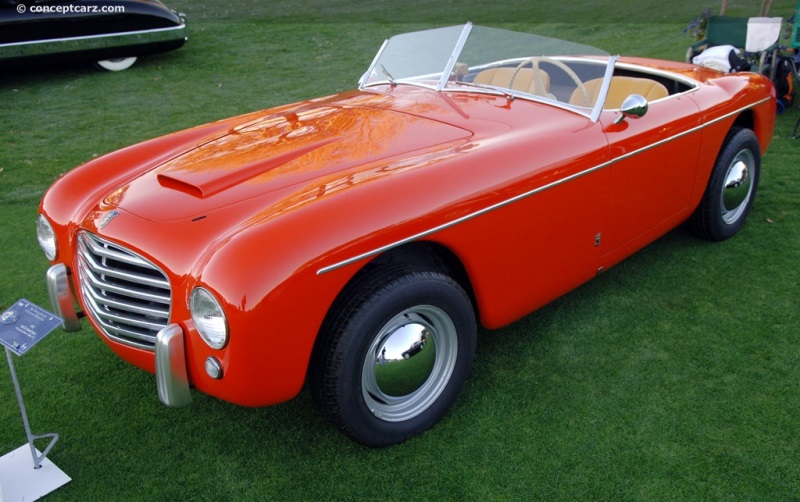 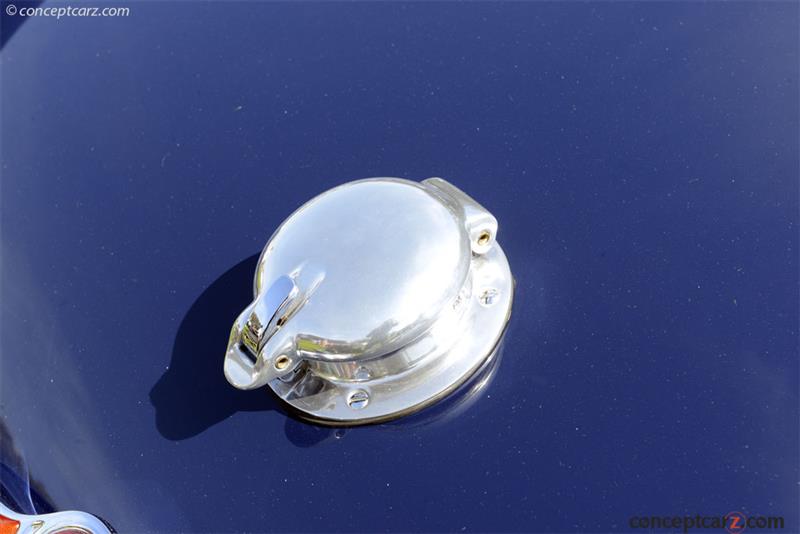 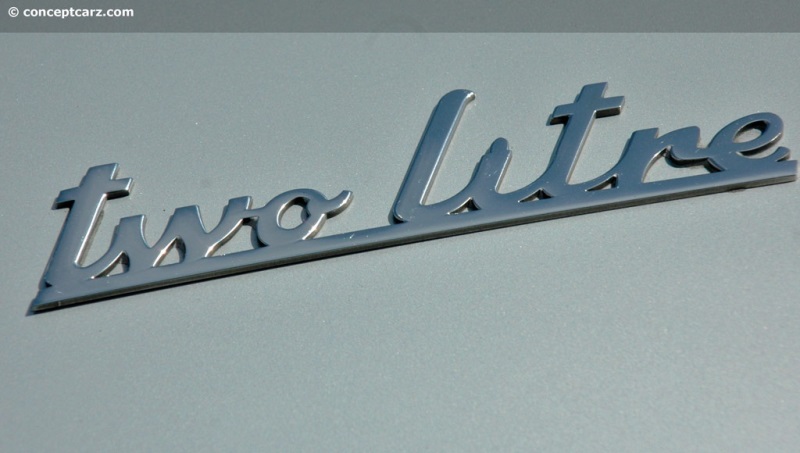 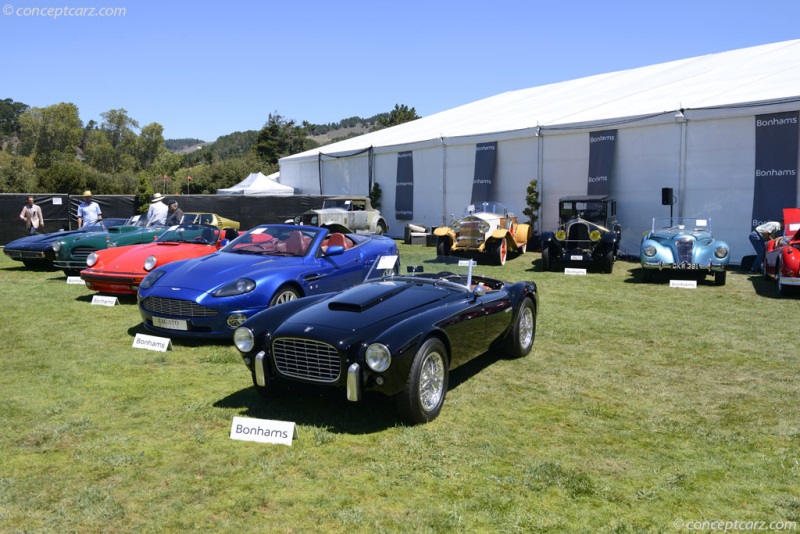 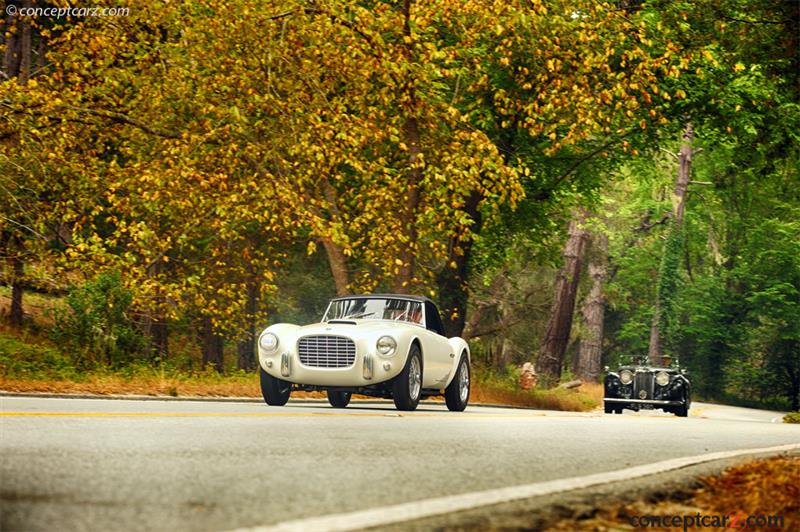 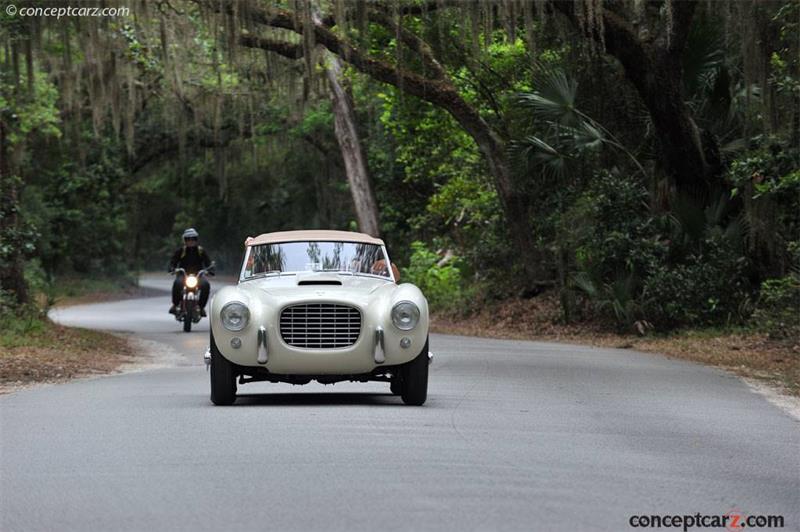