Sold for $4,900,000 at 2018 RM Sothebys : Monterey.
In 1956, Porsche introduced an improved version of the 550 Spyder, dubbed the 550A-RS. It sported a completely redesigned and more rigid frame along with major suspension improvements and an upgraded engine producing 135 horsepower. The 1.5-liter four-cam boxer-four was designed by Dr. Ernst Fuhrmann and mated to a close-ratio four-speed transaxle now included an additional 'semi-first' gear for starting purposes. There were large finned brake drums that were drilled laterally for additional cooling effect. Top speed was achieved at nearly 150 mph. The hand-beaten aluminum alloy body shell was outsourced to Karosserie Wendler of Reutlingen. Although visually similar to the 550, the 550A was identified by new louvered access panels behind the door. Additionally, there were small air intake ducts in the nose. Most 550As were equipped with a small molded windshield in front of the driver and a headrest fairing, and a metal tonneau cover closed off the passenger side of the spartan cockpit. The completed car weighed just over 1,200 lbs. Porsche built 35 of the customer version of the 550A RS, with a number of them delivered stateside. It was a very successful road racing car and was driven by the likes of Stirling Moss, Ken Miles and Jack McAfee.
The first appearance of the 550A was made at the 1956 Nürburgring 1000 KM race, where it won its class. At the 1956 Targa Florio, Italian Umberto Maglioli scored an overall victory in eight-hour race.
Porsche 550A-0116 was delivered new to Jack Mcafee of Burbank, California on February 18, 1957. Mcafee partnered with Stan Sugarman, running two 550's in SCCA events for two years. They achieved some successes throughout California and Arizona. The car was also raced in the Bahamas in the 1957 Nassau Governor's Trophy race. It was actively campaigned until 1962, and has been traded among vintage racers and collectors since then.The Spyder 550A-0116 is believed to have entered an SSCA contest at Riverside in March of 1957, but is listed as not starting. Sugarman raced the 550A during the weekend of October 19-20 at Hourglass Field near San Diego where it wore number 288. He finished well in all three races entered. A week later, it raced at Pomona and then at Palm Springs in early November. On November 17th of 1957, it raced at the Riverside National, where McAfee drove it to its first victory, capturing the F-G-H Modified class. It is then believed to have raced wherever an SSCA race was scheduled in California by McAfee and Sugarman, frequently finishing well.By February of 1959, the car had been sold to Elden Beagle of Sacramento. After a brief ownership, the red-over-white livery car was sold to Porsche dealer and racer Don Wester of Monterey, California. The car would pass through a series of collectors, including Irwin Schueback of Spokane, Washington; Chuck Woodward of the Seattle area; Bill Perrone in Huntington Beach, California, who performed a restoration in the early to mid-1980s. The car's next owner was William Zunkel and South African racing enthusiast David Cohen in the late 1980s. Dick Barbour purchased the car around 1989 - 1993. Japanese collector Hui Takahara acquired it in 1993, and he had it shipped to Germany for a complete overhaul and restoration at the shop of Manfred Friesinger. It was restored to period configuration with the updated and more aerodynamic version of the nose that was offered by Porsche and was installed in 1959. A replacement engine, number 90109, was also installed.The current owners acquired the car in 2013 and displayed it at the Amelia Island Concours in 2014, where it won Best in Class.

Recent Sales of the Porsche 550A RS Spyder

Porsche 550A RS Spyders That Failed To Sell At Auction

1957 Porsche 550A RS Spyder's that have appeared at auction but did not sell. 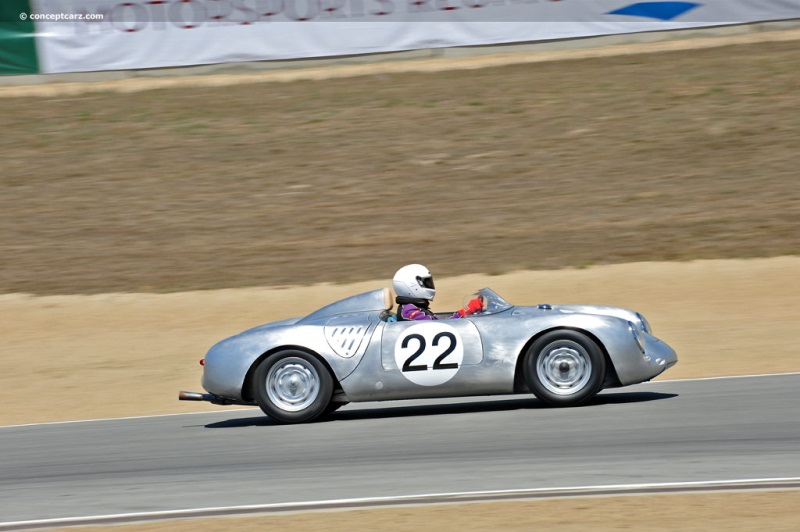 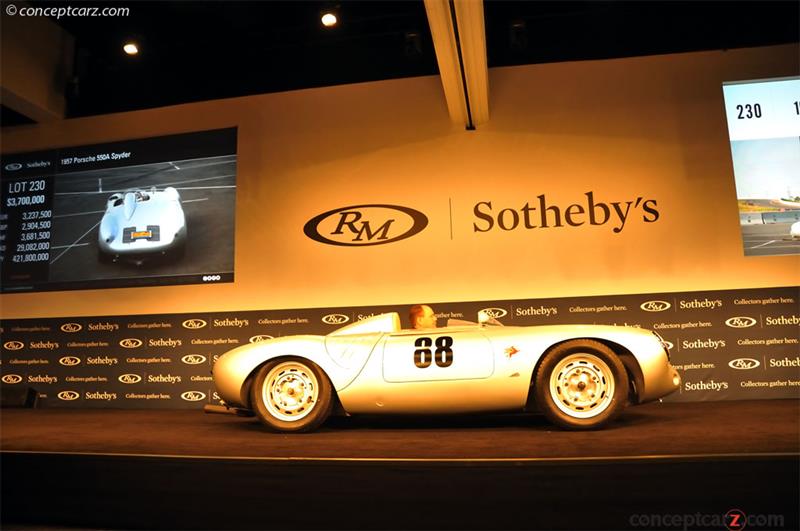