Sold for $687,500 at 2014 RM Auctions - Amelia Island.
Porsche has long had a tradition of building dynamic sportscars in neat little packages. Cars like the 911 not only set standards for performance, but do so while appearing for the common man. It is precisely this non-elitist sense that removes the company from Stuttgart from much consideration as a producer of great supercars. However, in the mid-1980s, Porsche would introduce a car that would have even the most elite scurrying to compete. Initially developed to compete in the Group B rally program, the Porsche 959 would be every bit a sophisticated performer. Utilizing composite materials for construction and multi-adjustable elements, the 959 was light, fast and adaptable. One of the early pioneers to use microchip technology to help control functions of the car, the new Porsche was advanced and unlike nothing else at that time. As a result, the car would become owned by some of the most affluent and elite the world has known. From Bill Gates to Paul Allen, the Porsche 959 made the jump to exotic. Dubbed the 'everything car', the 959 had such innovations as composite panels and structures, an enviable drag coefficient, all kinds of sensors and, later, a self-leveling suspension. The Group B prototype would actually make its debut in 1983 at the Frankfurt Auto Show. A couple of years later, as a result of the need to meet homologation requirements, Porsche would announce that they would begin building the 959 for the street. The 959 would be a remarkable car, but it would also have a remarkable price. Base prices starting at around $225,000, the car was amongst the most expensive in the world. In spite of the price, every single one of the 200 that would be produced would be immediately spoken for.

However, before Porsche began production of the car they would build a total of 21 factory fleet examples that would be used as demonstrators. Many of these would not have all of the advanced features the 959 would become famous for, but they would, nonetheless, present to the world one of the most advanced cars in the world. Though a pre-production lineup, they would still pack the kind of punch needed to attract attention. Boasting of sequential turbochargers and a 2.8-liter air/water-cooled six-cylinder engine, the 959 breathed 450bhp and some 370 foot-pounds of torque. With virtually no turbo lag, the 959 would quickly accelerate and keep climbing up to more than 185mph.
One of those 21 pre-production 959s would be chassis number 10063. This particular example would be registered in Stuttgart in 1986. It would spend a good deal of time on display at the Porsche Zentrum facility and would continue to see use as a demonstrator up through 1989. This meant the car was routinely looked after by the Porsche factory, and therefore, maintained to the highest order. This would include a complete overhaul after it had accumulated 50,000 kilometers. Some of this overhaul would include a new drivetrain, wheels and tires, hydraulic system and much more.
It was then sold to its first owner, Mr. Bertram Lehnan. Mr. Lehnan would keep the car right up through the new millennium and beyond. In fact, Mr. Lehnan would still own the car in 2010 when it was sold for just the second time. At the time it changed hands, 10063 would have just about 9,000 additional kilometers added to the car. Paolo Morigi, the car's new owner, would put just 1,000 kilometers on the car before he would sell it to its current owner.Recently imported to the United States, the car has undergone some detailing and servicing but remains highly original, including original manuals, service books, tool kit and even an unused set of original bags. Completed to Komfort specification, this particular 959 'Vorserie' aptly demonstrates to this very day Porsche's ability to produce truly elite performance. Rare in so many ways, it only seems right the 959 stands as one of the very few truly out of reach sportscars of its time. Porsche, once again, had proven a point, but then left it at that. Sources:
'Lot No. 132: 1986 Porsche 959 'Vorserie'', (http://www.rmauctions.com/lots/lot.cfm?lot_id=1065070). RM Auctions. http://www.rmauctions.com/lots/lot.cfm?lot_id=1065070. Retrieved 10 February 2014.'1985 Porsche 959 News, Pictures, Specifications and Information', (http://www.conceptcarz.com/z23523/Porsche-959.aspx). Conceptcarz.com: From Concept to Production. http://www.conceptcarz.com/z23523/Porsche-959.aspx. Retrieved 10 February 2014.'Porsche 959 History', (http://auto.howstuffworks.com/porsche-959-history.htm). HowStuffWorks. http://auto.howstuffworks.com/porsche-959-history.htm. Retrieved 10 February 2014. By Jeremy McMullen

Recent Sales of the Porsche 959

Porsche 959s That Failed To Sell At Auction 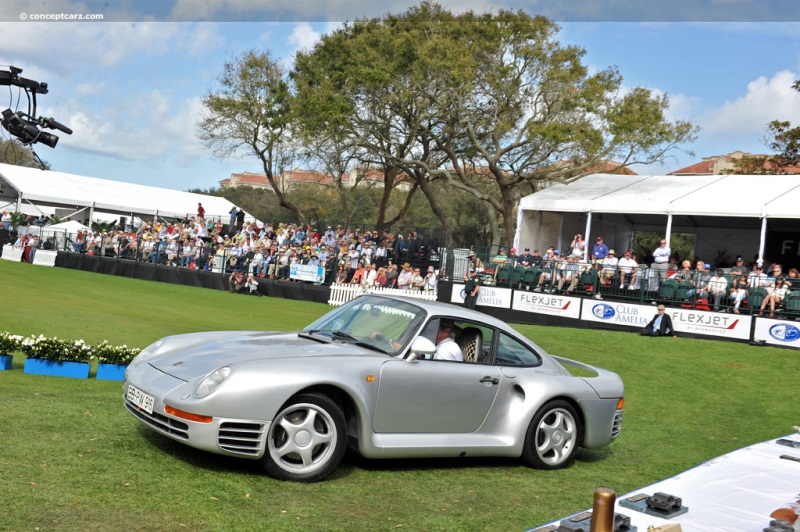 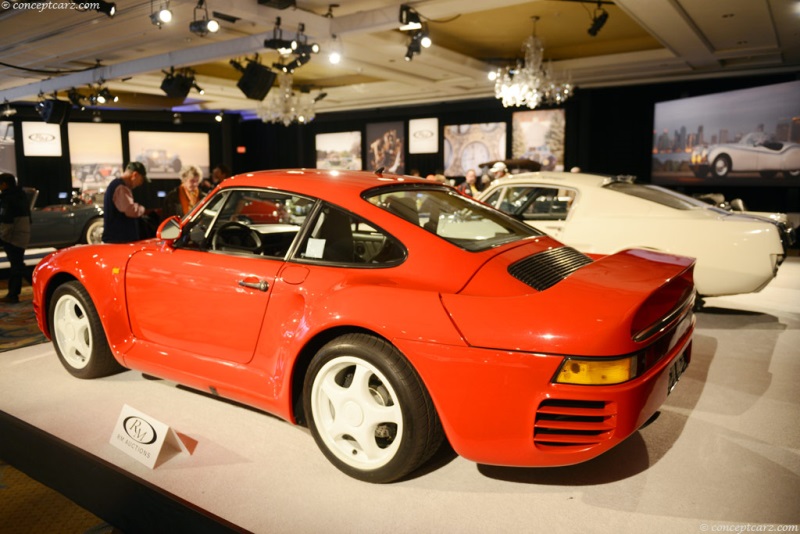 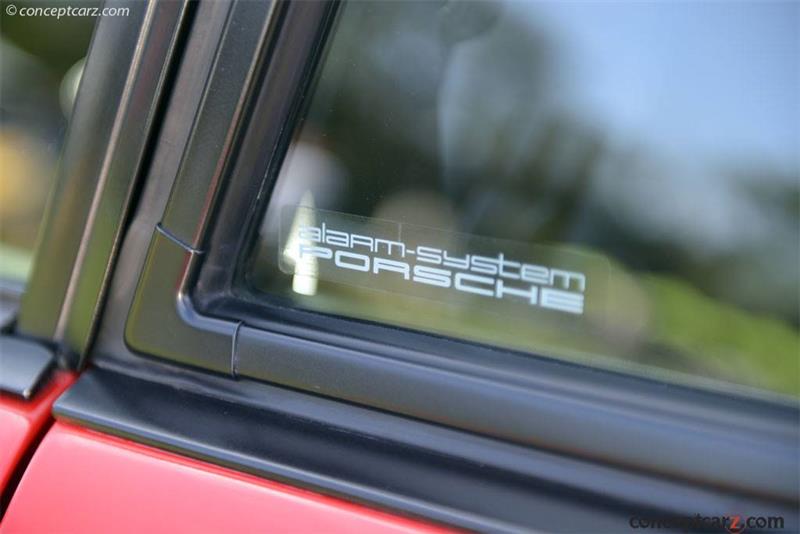