Alfa Romeo began in 1906 under the name of SAID (Societa Anonima Italiana Darracq). The cars they built were unreliable, underpowered, and unsuited to local conditions. Although intended to increase the fortune of the French entrepreneur Alexandre Darracq, within three years the company was on the verge of bankruptcy. It was reorganized under a different set of initials ALFA (Anonima Lombarda Fabbrica Automobil). Along with the name-change, its cars also evolved. In hopes of changing the cars image, the company went racing beginning in 1911.Designed by Vittorio Jano as a replacement for the 6C 1750, the racing versions of the 8C 2300 had multiple wins at LeMans, Spa, Targa Florio, and the Mille Miglia. Built from 1931 to 1934, the chassis was fitted with stunning coachwork by Touring, Zagato, Brianza, Castagna, Figoni and others.The 8C 2300 were given some of the most advanced automotive technology available, including the legendary supercharged dual overhead camshaft straight eight. It was arranged as two four-cylinder blocks in tandem with the gear-train drive ascending between the blocks. The Roots-type supercharger was positioned alongside the engine.
188 examples were built during the production lifespan. This Alfa Romeo is known as the Rimoldi Alfa, named after its owner of over 5 decades. It is a Corto, or short chassis. When new, it was delivered to Carlo Felice Bianchi Anderloni's Carrozzeria Touring. It was first registered to the Alfa Romeo Works in May of 1933, with plate number MI 43454. It later raced, and nearly won, the Monte Carlo Rally of 1935 with Luigi Chinetti and Jean Trevaux driving.
The Alfa later returned to the Works for repairs and sold to a Hungarian individual in late 1935. Early in its life it was owned by Giacomo Brenta of Budapest, then sold to Signor Giulio Rimoldi on April 15th of 1937. It was shipped to England on board the SS Tonbridge and left Calais on May 5th. While in the care of Signor Rimoldi, the Alfa Romeo received a quilted bonnet cover to help protect the car from the elements. It also received large baggage trunks which mounted upon its running boards. In 1950, the rear mounted fuel tank was reduced in size in order to accommodate additional room for two children seats to be fitted in a space just under the rear access hatches. The seats were removed by Rimoldi in 1966 and the access doors were re-attached. The car remained with Rimoldi until his death in 1988. At the time, it had approximately 60,000 miles on its odometer. In 1989, the car was sold at Christie's Monaco sale where it achieved a world record price. Since then, the car has been used on several long distance tours and events including the Monte Carlo Rally, Mille Miglia, and Klausen Hill Climb.
By Daniel Vaughan | Jan 2019
No auction information available for this vehicle at this time. 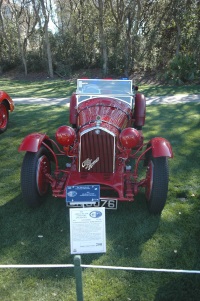 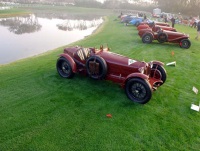 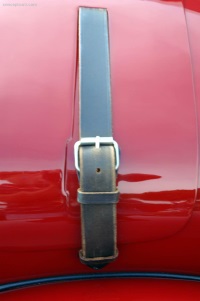 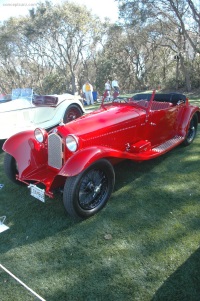 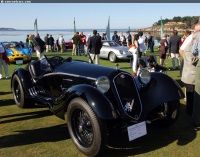