Having led the luxury car market throughout the first three decades of auto production, Packard was reaching its peak by the late 1930s. Having survived the Great Depression by building some less expensive and ostentatious automobiles alongside traditional full-size and expensive models, Packard's position in the market was as strong as it had ever been by 1937.In 1921 Harry Lonschein, Sam Blotkin, and Julius Veghso formed the Rollston Company on West 47th Street in New York. Rollston's bodies were acknowledged as the strongest of the Classic era and their work caught the attention of the custom body manager of Packard's New York dealership. Over the next twenty years, Packard would become Rollston's best customer; the majority of the 700 Rollston bodies built appeared on Packard chassis. At the peak of its prestige in 1937, Packard enjoyed record-breaking sales that included 1,300 V12 models, such as this rare 1508 Convertible Victoria. Appearing first in the late 1920s, this four-seat all-weather convertible design with its characteristic enclosed rear passenger compartment originated in Europe and was popularized in the United States by coachbuilders like Dietrich, Waterhouse, and Judkins in addition to Rollston.The vast majority of the 700 bodies built by the Rollston Company of New York went on Packard chassis. The year 1937 was a good one for Packard, with record-breaking sales of its V12 models.
This is a one-off Convertible Victoria body style that was built for a member of the Schrafft Candy family. It has an aluminum body built by the Rollston Body of New York City. The car has a 144-inch wheelbase and a V12 engine. The original drawings are still with the car. It was finished in this rather somber black with ivory pinstripes and a black leather interior.
The chassis was usually reserved for the Twelve convertible sedan or limousine. The extra length is apparent when viewing the side profile, as the upper quarter of the convertible top appears to be as long as the already long door. The extended wheelbase also provides a lower, sleeker overall appearance.The once-popular Victoria body style was regarded as a touch old-fashioned by the late 1930s, but on Packard's longer 144.5-inch chassis, which was usually reserved for the V12-engined convertible sedans and limousines, the coachwork had a much sleeker and more modern appearance. The original build sheet for this car specifies the black finish with an ivory stripe along with the black leather interior. It also features the Haartz canvas concealed top, pockets in the front rear quarters, an amber backlight, a slanting windshield, individually adjustable front seats, a folding center armrest, dark walnut wood panels on the doors, and a cigar lighter with ashtrays in the right and left armrests. Exterior accouterments include cornering lights and two Rollston windshield wipers.This car is a national award winner with known history. The present owner acquired the car in 2014 after admiring it for many years. He convincingly persuaded the previous owner to sell it, promising it would be going to a good home.

This one-off design, Rollston's number 1613, was built for Frank Shattuck, son of the owners of the Schrafft's Restaurant chain. Built on Packard's longest wheelbase, 144 inches, it is notable for its low roofline, raked windshield, and tremendous interior space for just five passengers. Recently restored back to its original build sheet color and trim configurations, it represents a remarkable product from one of New York's most prestigious coachbuilding firms, Rollston & Company. The original cost is unknown but individual custom offerings typically doubled the cost of a production style. 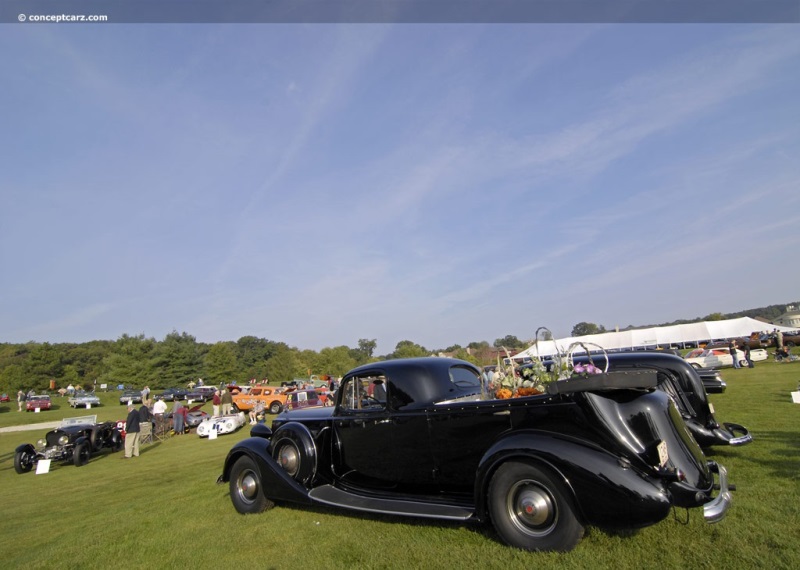 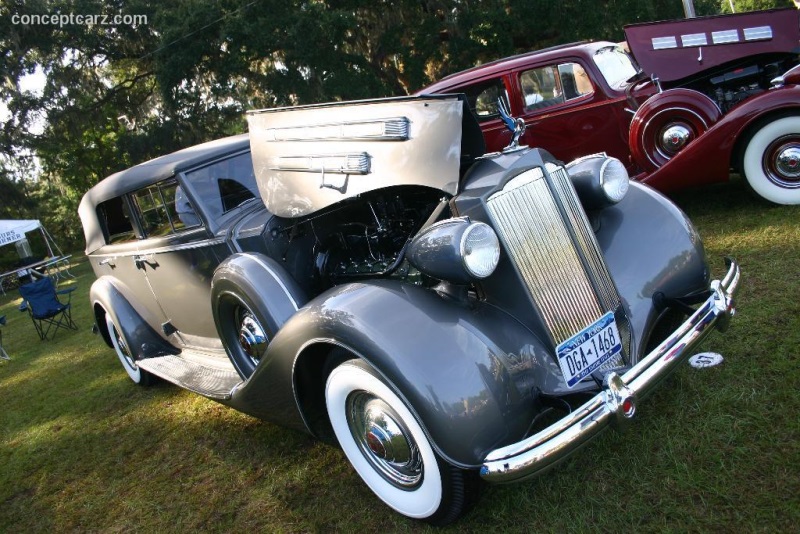 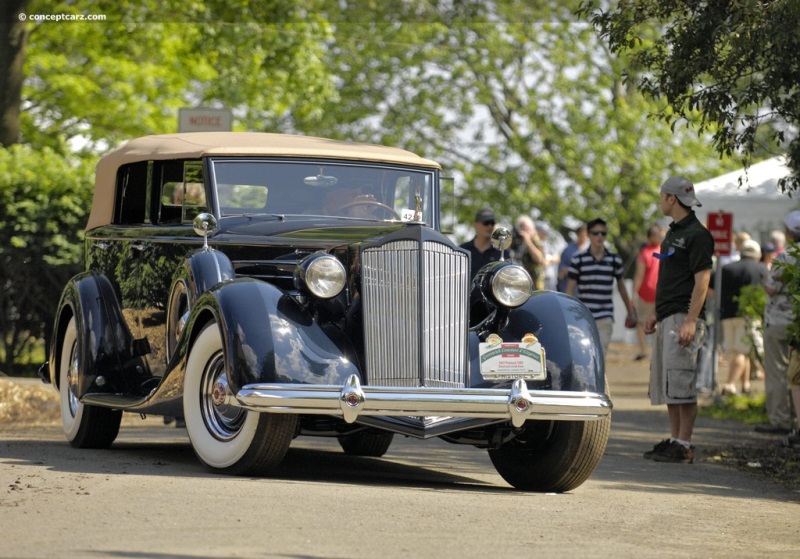 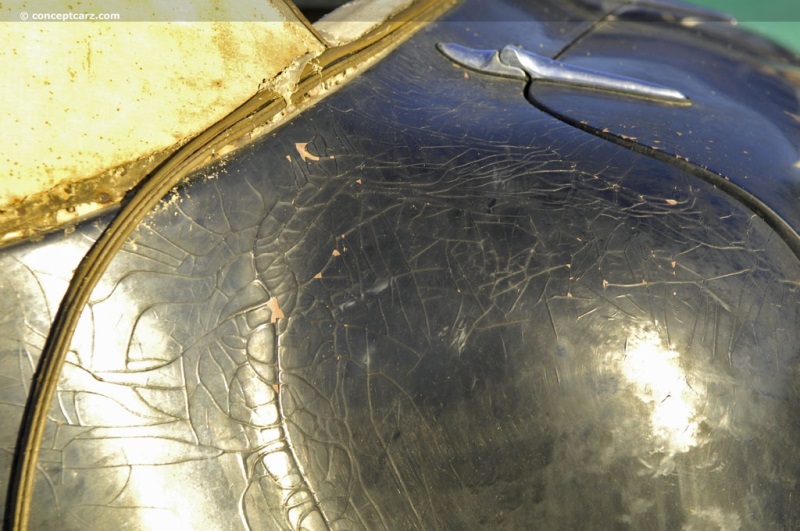 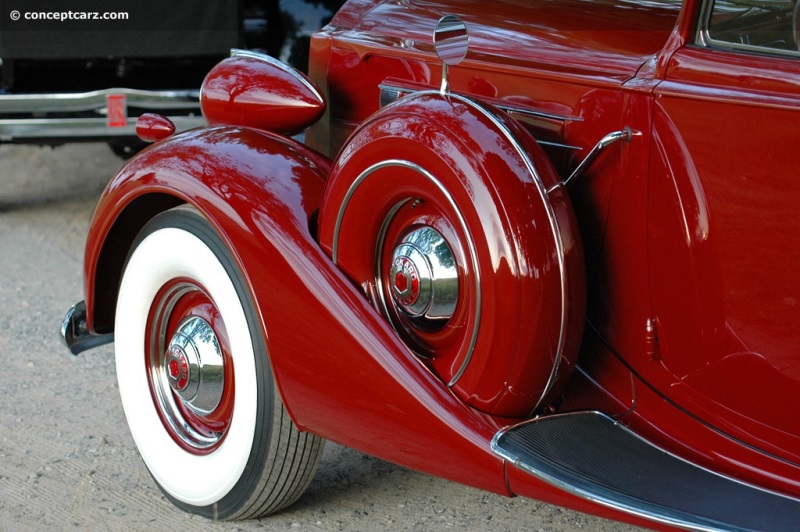 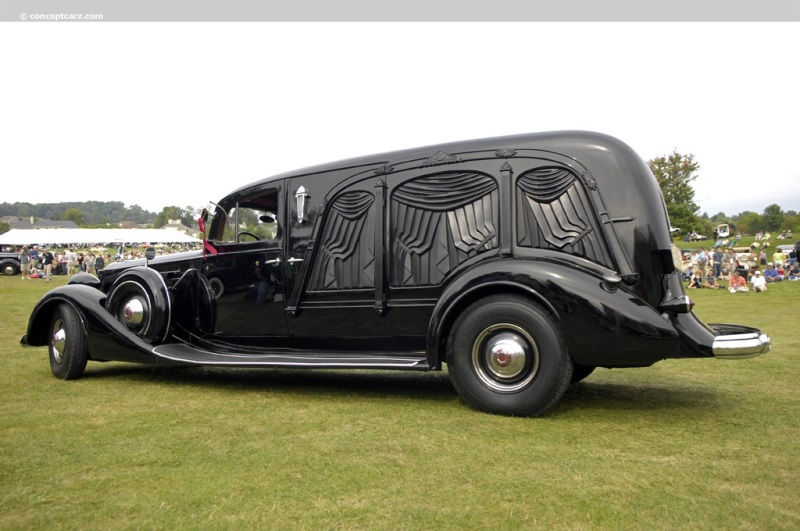 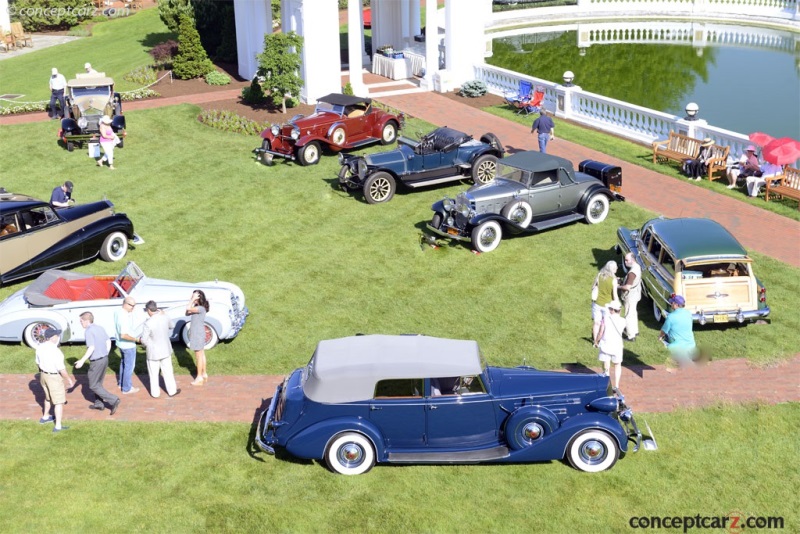 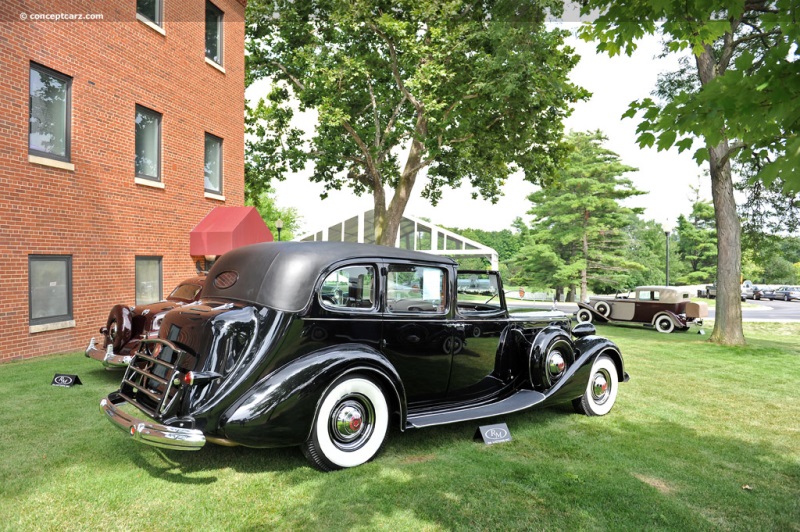 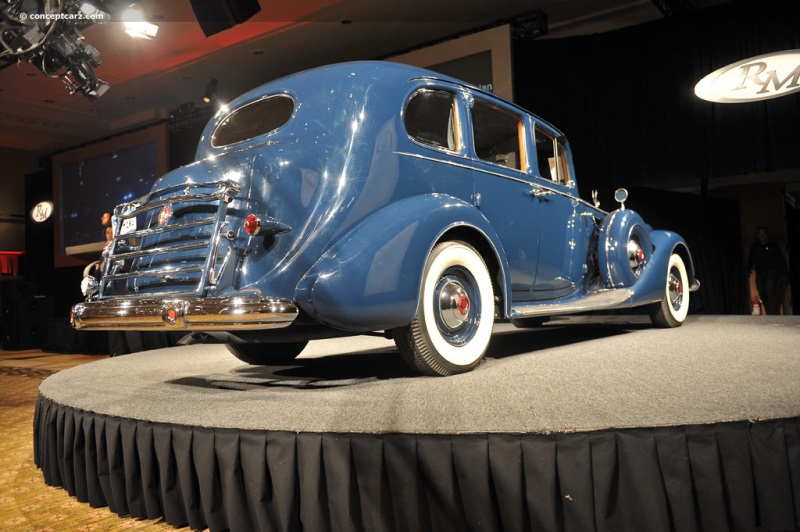 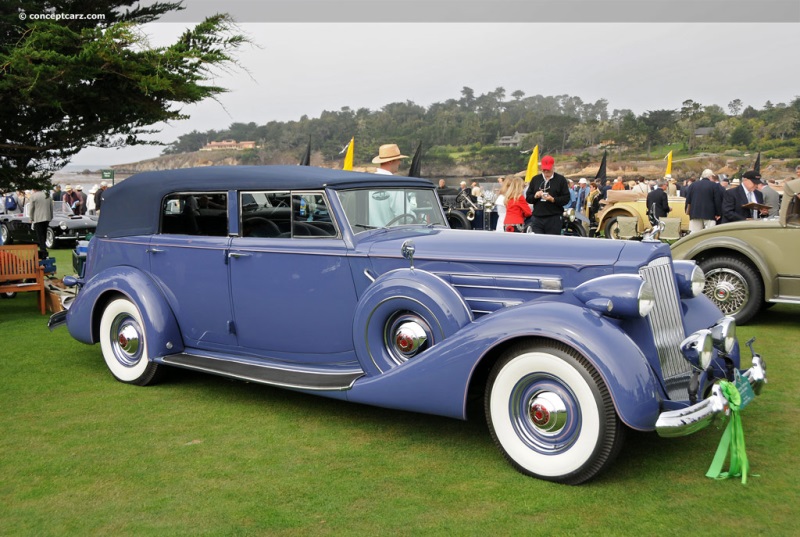 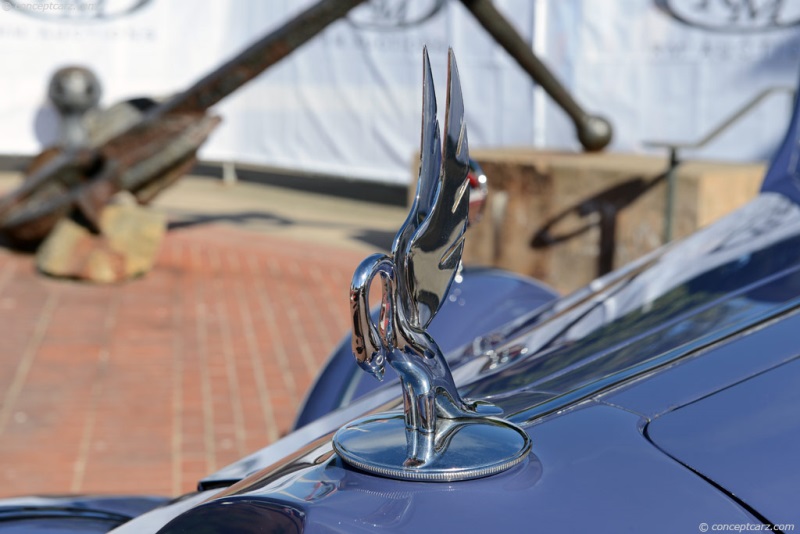 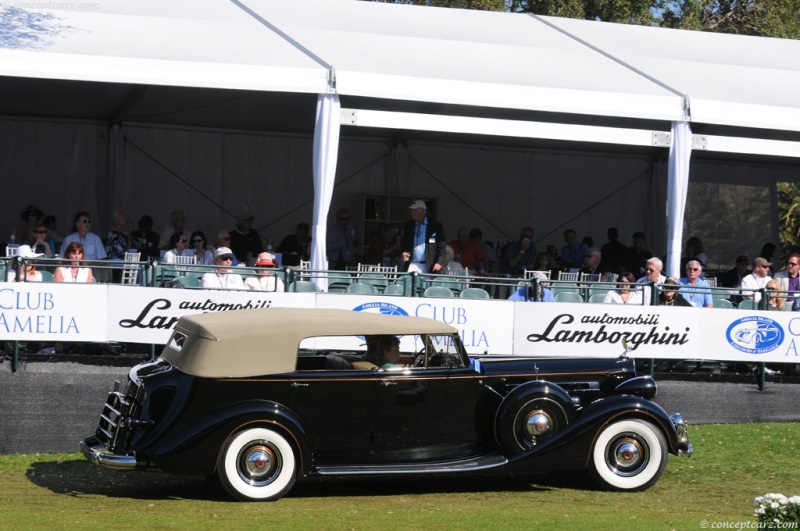 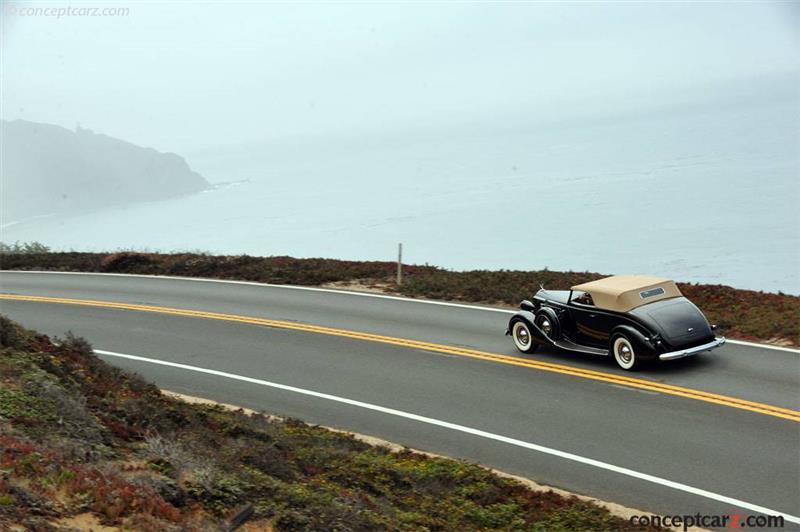 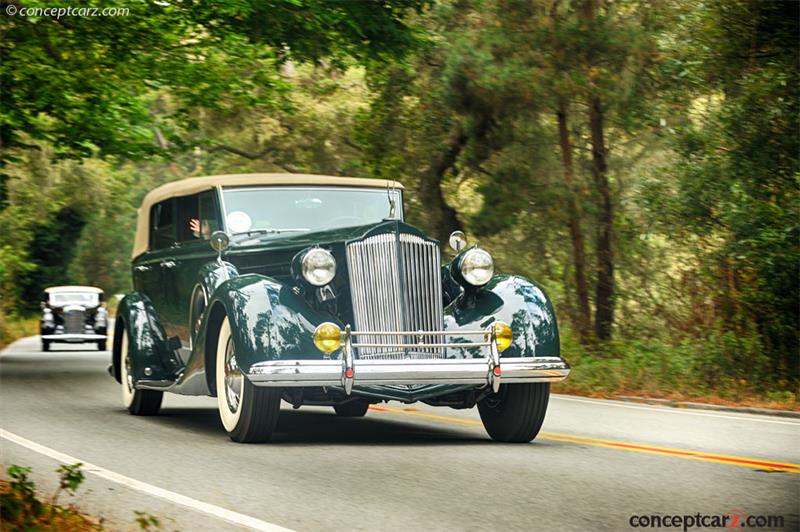 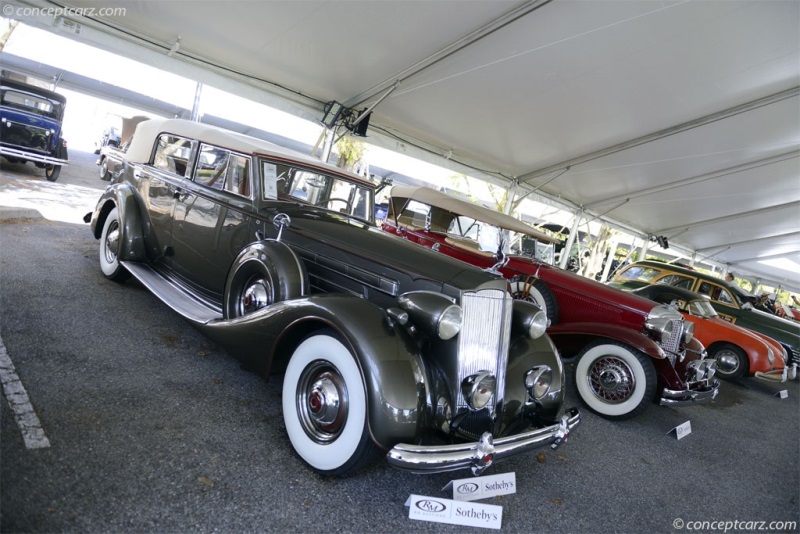