High bid of $22,500,000 at 2014 Gooding & Company : Pebble Beach Concours. (did not sell)
The rolling chassis used to build this car is possibly a 365 P-2. It was raced only once at Daytona with Pedro Rodriguez at the helm. It was then taken back to Italy and converted to the 365 P-3 Posti and then returned to Luigi Chinetti. This is one of two Ferrari 365 P chassis ordered by Fiat Boss Gianni Angelli that received special Pininfarina bodywork in 1966. Chassis 8971 was one of Sergio Pininfarina's first designs and was displayed at the 1966 Paris Motor Show. Enzo Ferrari did not believe that there was a place for a mid-engine V12 road car, but others in the Ferrari inner circle believed otherwise, including Sergio Pininfarina and Ferrari's 'man in America,' Luigi Chinetti. Pininfarina designed the cars to carry not just one, but three people, with the driver's seat positioned at the center of the car, a layout which would be seen again in the McLaren F1, 26 years later. The 'Tre Posti' was a runaway success at the Paris, London, Brussels, Geneva, and Turin motor show before it was sent to Chinetti Motors in July of 1967. It was then sent to the Los Angeles Auto Show before it was briefly owned by a New York businessman. After a brief time in Cannes in the south of France, the Chinetti family decided that the car needed a permanent home, so they kept it at their home in Greenwich, Connecticut, where it was occasionally shown until December 2017 when Luigi Chinetti Jr. sold it to the current owner. The car is powered by a 12-cylinder engine developing 380 horsepower.

Recent Sales of the Ferrari 365 P

Ferrari 365 Ps That Failed To Sell At Auction 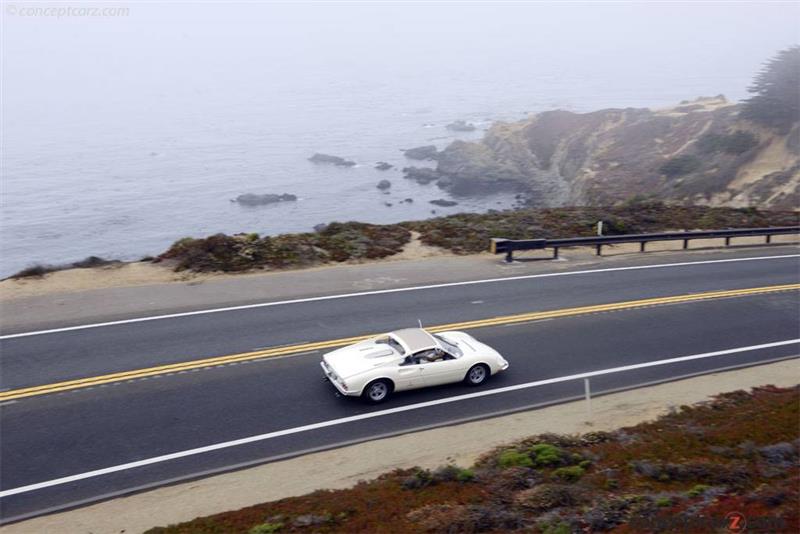