High bid of $27,500 at 2014 Motor City Auction by RM Auctions. (did not sell)
Packard, like most manufacturers, was forced to being post-war production with a revised version of a pre-war design, which remained in production for three years while a fully 'new' car was being developed. Packard's Clipper model was introduced in 1941 and had styling input from stylist Howard 'Dutch' Darrin. It was a competitor of the Cadillac Series 60 Special.Packard re-designed its entire line around the Clipper. The extended wheelbase versions rested on a 148-inch platform with coachwork by the Henney Motor Company, of Freeport, Illinois, Packard's long-serving builder of ambulances and limousines. These cars were finished with the finest materials, including broadcloth upholstery, Mosstred carpeting, and Art Moderne wood-grain and Bakelite trim.
Seven-passenger production remained low and are currently recognized as Full Classics by the Classic Car Club of America.
This particular example was delivered new by Sewickley Sales and Service, located at the corner of Ohio River Road and Chestnut Street in Sewickley, Pennsylvania, on May 29, 1947. It is finished in Packard Blue and Lowell Gray, with a broadcloth interior. The odometer shows 60,545 miles which may well be actual mileage from new. It has chrome wheel covers, folding jump seats, working courtesy lights, a heater, and a radio that can be controlled from both the front and rear seats.It has its original parts book and service manual, as well as a copy of the operation and care manual, a lubrication diagram, and the original jack, which is still present in the trunk, alongside a correct spare.
By Daniel Vaughan | Oct 2014
Extended Wheelbase Sedan
Standard Wheelbase Club Sedan

1947 Packard Custom Super Clipper Eight's that have appeared at auction but did not sell. 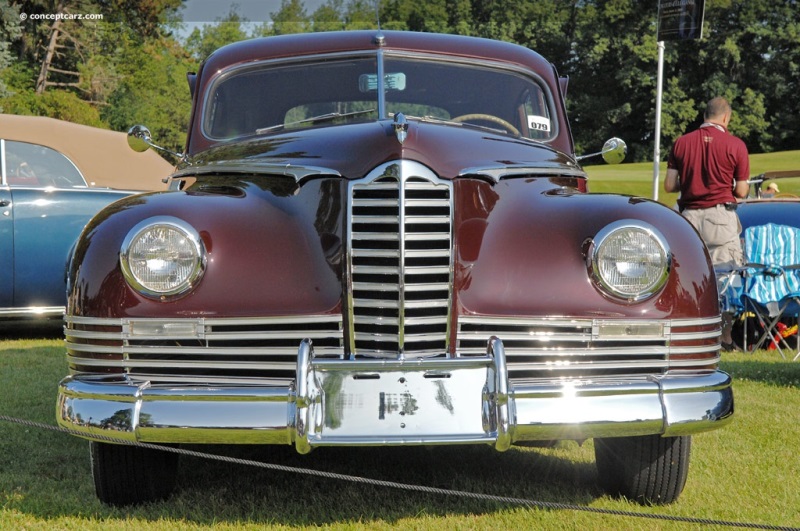 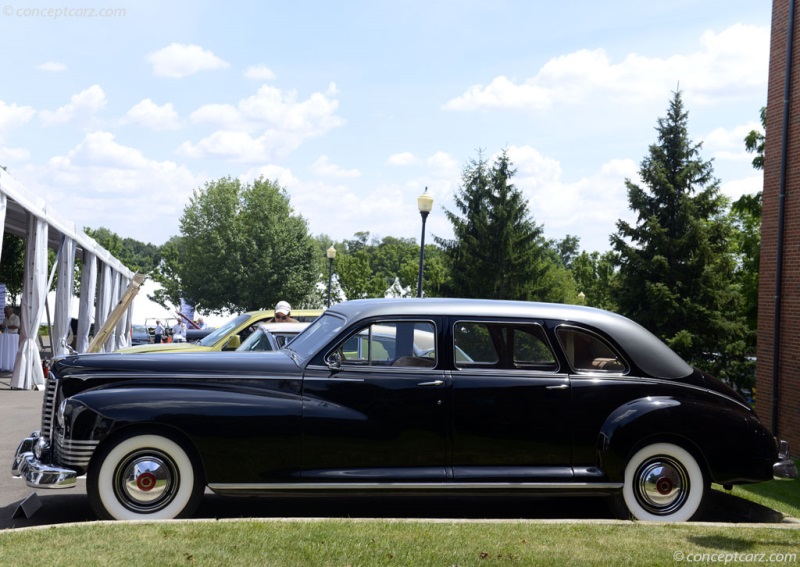 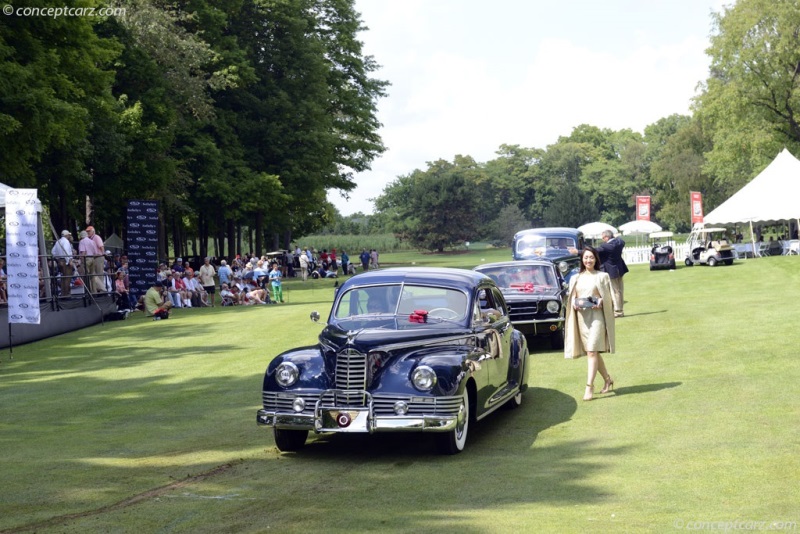