Sold for $26,400,000 at 2014 RM Auctions at Monterey.
In the beginning, Enzo Ferrari would have to be convinced providing a taste of the track for the street. The same reservation was felt when it came to providing customers competitive cars for the track as well. However, by the 1960s, Ferrari's mood would change and the Maranello outfit would begin turning out some truly outstanding designs. Perhaps none evokes such legendary status as the 250 GTO, but then there was its successor. The 250 GTO was by no means a slow-coach. Those at Ferrari believed they could do even better. Therefore, they would set about building an updated version of the 250 GTO. This would give birth to the 275 GTB. Unveiled at the Paris Motor Show in 1964, the new 275 GTB would be quite an improvement boasting of independent rear suspension and a transaxle gearbox. It was certainly an improvement. Ferrari wasn't done though. Three special 275 GTB/C examples would be built between 1964 and 1965. Not surprisingly, these special examples of the 275 GTB/C would be known as the 'Speciales' and would be made specifically for FIA homologation and development.
These Speciales would be a further refinement of the 275 GTB in that it would feature a lightweight aluminum body, Tipo 563 chassis and a 213 dry-sump engine that had first been used on the 250 LM. Refinements to the V-12 engine and six Weber carburetors meant 320hp was available, around 70hp more than the standard GTB.

Each one of the three of these Speciales is beyond rare. Chassis 06701 is just one of these rare breed Ferraris and is perhaps the best of the lot. Completed in April in 1965, this particular chassis would be the first of the three and would sport such features as side exhaust pipes similar to that employed on the 250 LM. There would be an aluminum filler cap feeding a 140-liter fuel tank, aerodynamic air-intakes on the hood, bucket seats and added ventilation for the four-wheel disc brakes.
Amazingly, the 275 GTB/C would be entered in the GT class at Le Mans while the 250 LM would take on the best of the prototypes. Over the course of the 1965 24 Hours of Le Mans, the 275 GTB/C, chassis 06885, would be nearly as indomitable as the 250 LM coming through to finish 3rd overall.This particular chassis, following its construction, would be sold to Pietro Ferraro of Trieste, Italy. Ferraro was a man with means having his own paper company. Prior to being delivered the factory would set about preparing the car for the road. Being that the car would be heading to private ownership some changes would be made to the car. This included half bumpers on the front, full on the rear and a livery change from Rosso Cina to Grigio Scurro Metalizatto. Ferrari would retain the car for a period of a few years, and then, would sell it to Alessandro Gregori. At this time a silver stripe would be painted over the top of the grey. Gregori would own the car for just a short period of time before selling it to Colonel E.B. Wilson of London. Once again, Wilson would own the car for just a short period of time before passing it on to Michel Pobrejeski. Finally, the 275 GTB/C Speciale would find a home. The car would remain with Pobrejeski in Boulogne-Billancourt for some 25 years. During this time the car would be updated. Three GTO-like cooling vents would be cut into the nose of the car. Furthermore, Michel would have the car repainted to the classic red. The car would remain in this state until the car passed on to Brandon Wang.A noted collector in his own right, Wang would take and would enter the 275 GTB/C Speciale in a number of historic events including those held at Goodwood, Mugello, Paris and even the Nurburgring.In addition to competing in numerous historic events, Wang would also determine that the car was better finished in its earlier aggressive and rather menacing two-tone silver and grey livery. Resplendent in its new, yet old, livery, 06701 would be entered in the Tour Auto. The car would be driven by Derek Hill. His navigator for the event would be none other than his father, Phil Hill, the 1961 Formula One World Champion.
Restoration of the car would be conducted throughout the period of Wang's ownership. It would be finally completed in 1998 and this would lead to the car being purchased by its current owner, another well-known collector.
Since its purchase in 1998, 06701 would make a few public appearances. One of these would be the FCA National Concours held in Los Angeles in 2002. The other appearances would come at Palm Beach in the 14th Cavallino Classic and then on the track at Laguna Seca for the Monterey Historic Races.Extraordinary in about every way, 06701 is truly something 'special'. Aggressive, and yet, elegant the 1964 Ferrari 275 GTB/C Speciale is truly unparalleled and unequaled in its balance of looks and performance. Balancing on the line between GT and prototype, the 275 GTB/C Speciale is, perhaps, the ultimate GT car from Ferrari.By Jeremy McMullen

Ferrari 275 GTB/C Speciales That Failed To Sell At Auction

1964 Ferrari 275 GTB/C Speciale's that have appeared at auction but did not sell. 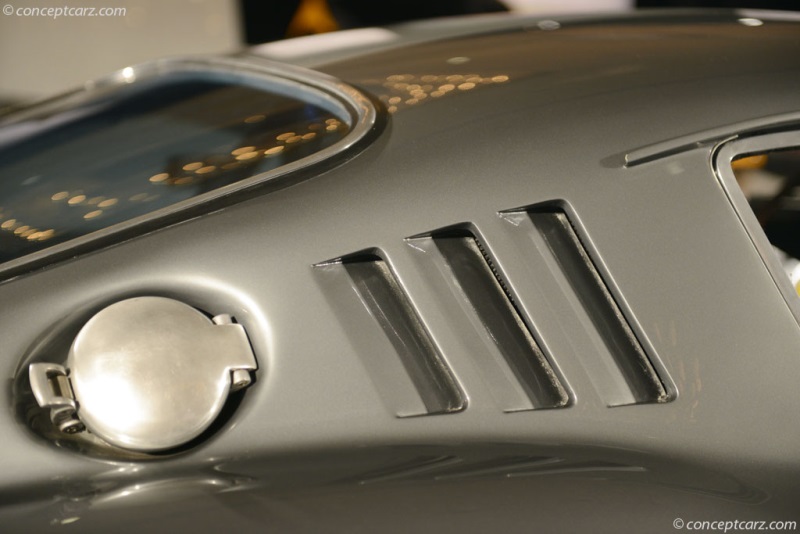