High bid of $291,500 at 2014 Rick Cole Auctions : Monterey. (did not sell)
The first new post-war design introduced by Rolls-Royce was the 4-1/2 liter Silver Dawn. It is the only Rolls-Royce produced based on a Bentley design, sharing both the chassis and the standard four-door production body with the Bentley Mark VI and the later Type R. It was also the first Rolls-Royce to be sold with a standard body, built in Rolls-Royce's new Crewe works. The Silver Dawn was constructed for export only with the purpose of generating revenue to rebuild the war-ravaged British economy.In 1949, at the Canadian International World's Fair in Toronto, Rolls-Royce introduced the Silver Dawn. Over its production lifespan, lasting from 1949 through 1955, just 761 examples were produced. Most of the Silver Dawns were finished with the upright four-door production body. Just 24 Silver Dawn chassis were clothed by London coachbuilder Park Ward, and just six of those were given the flowing and elegant Drophead Coupe body. This particular example is finished in Shell Grey over Midnight Blue and trimmed with Blue Grey leather. JL Cooke Motors, the Canadian Rolls-Royce dealership located on Bloor Street in Toronto, received this car new on 16 July 1952. The car's first owner was Col. W.B. Phillips who kept the car for a number of years. The second owner was Mr. C.A. East of Hampstead, Quebec. Mr. East showed the car at many Canadian Rolls-Royce Owners' Club events and shows.
It changed hands again before being acquired by Mr. Roy G. Wild, of Canton, Ohio. The car remained in Mr. Wild's care for 46 years, until he passed away in 2008. During his ownership, it returned to Canada for a complete mechanical overhaul. The engine was removed from the chassis, completely disassembled and rebuilt. The paint and interior were freshened but kept highly original.
The car was shown on a regular basis. Recently it was given a mechanical and cosmetic restoration. It has been re-sprayed and given new carpets and seat panels, which are also in the original color. There is a new matching Midnight Blue top and headliner. All of the interior wood has been polished and detailed thoroughly.Currently, the odometer shows just 59,000 miles.
By Daniel Vaughan | Oct 2014

1952 Rolls-Royce Silver Dawn's that have appeared at auction but did not sell. 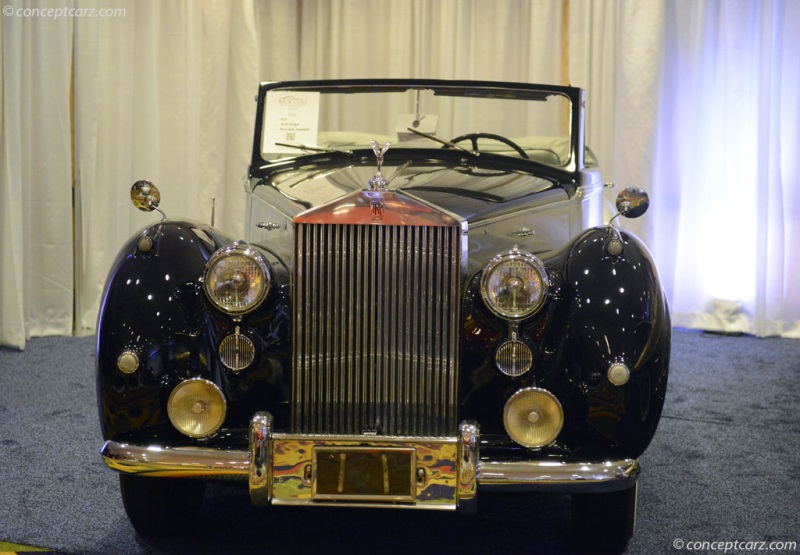