Sold for $30,250 at 2014 RM Auctions - Hershey.
Georges Richard established the Richard Company in Paris around 1850 to make meters, photographic equipment, and, later bicycles. The company later turned to building horseless carriages around 1897. In 1901, Henri Brasier was hired as an engineer, who eased Richard out of the firm which then became known as Richard-Brasier and then, simply Brasier. Monsieur Richard then went on to establish a second company, Unic, in 1906. Richard chose the name 'Unic' because he planned on building a single size of a two-cylinder engine, groups of which would be used to make four- and six-cylinder models, which was truly a 'unique' idea. By 1911, engineering had advanced to the point where the 800 cubic-centimeter engine of the Unic GS was a single monobloc of four cylinders, although the name persisted. Around two-thirds of Unic production was developed to taxi cabs, which eventually filled the streets of London and Paris. This example, however, had a private owner and was given custom coachwork by the Gordon Carriage Works, of London, United Kingdom.
The current owner, Mr. John Moir, acquired this Roi-des-Belges from an individual in South Africa. The interior appears to be, perhaps, antelope. The wooden body is finished in green. The car rides on wooden wheels, there are brass headlights and side lamps. The engine is an 800cc side-valve four-cylinder engine offering 12 horsepower. There are a four-speed manual transmission and rear-wheel mechanical brakes.
By Daniel Vaughan | Nov 2014

Recent Sales of the Unic GS

Unic GSs That Failed To Sell At Auction

1911 Unic GS's that have appeared at auction but did not sell. 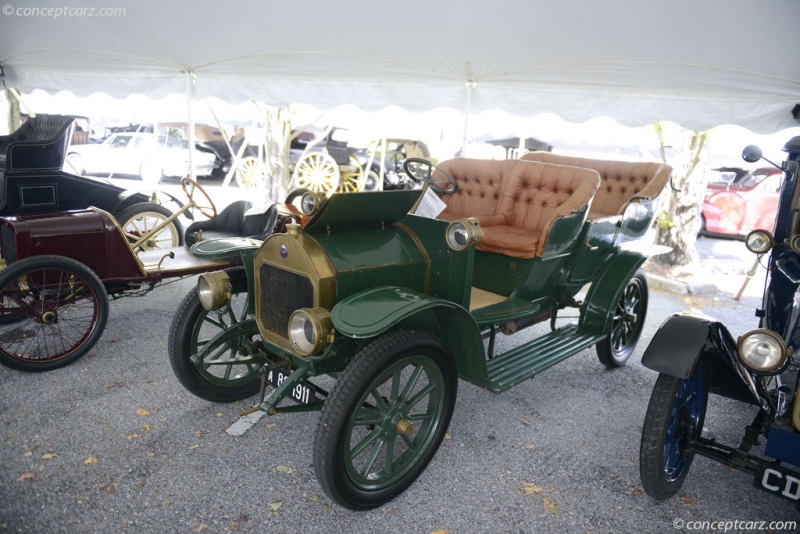