Sold for $30,250 at 2015 RM Auctions - Automobiles of Arizona.
The one-millionth Morris Minor rolled off BMC's assembly line at the plant in Cowley, Oxford on December 22, 1960. This was a very impressive milestone and represented the first British automobile to ever achieve this capacity. In celebration, Morris produced a small series of special Minors, officially named the 'Minor Million.' Each example was finished in a special Lilac paint and outfitted with white leather interior with black piping, special chrome wheel trims, and hood and trunk badges. This particular example was built on December 13th of 1960, just nine days before the actual millionth Minor was built. This car is chassis number 1000001 and was the first Million built. In total, there were a total of 349 commemorative Millions built with just 21 of those being sent to the North American market, in left-hand-drive configuration. This car is one of only of two North American cars built on the first day of production, and is most likely the car that to the United States (the other was sent to Canada). 320 examples were home-market RHD examples, with one being produced for each Morris dealer's showroom. The Million Minors were produced from December 13th to the 22nd, with the final 19 North American cans being produced at the close of production.
This car, chassis number 1000001, may have been the car that was put on display at the 1961 New York Auto Show. The early ownership history is not known. In 1978, it was discovered near San Francisco by two enthusiasts who had answered a newspaper ad. At the time, the car was in poor condition, with a dented roof and wearing flat-black primer paint.
Over the years that followed, this car was owned by many owners before coming into the car of automobile restorer Dave Adams. Mr. Adams undertook a rotisserie restoration. The car has been completely rebuilt. It has a correct 948 cubic-centimeter engine and transmission, a new exhaust, a new brake master and new wheel cylinders, drums, and lines; a rebuilt fuel system; and a new wiring harness with rebuilt date-correct electrical components. The work was completed in June of 214 and has covered less than 50 miles since the work was finished. It has been shown four times in the Northwest, winning the Best Paint award at the National Micro Car Show at the LeMay Museum in Tacoma, Best in Class at the 2014 Forest Grove Concours d' Elegance, Best in Class at the All-British Field Meet in Portland, and the Pioneer's Award at the Lake Oswego Heritage Classic Car and Wooden Boat Show.
By Daniel Vaughan | Jan 2015 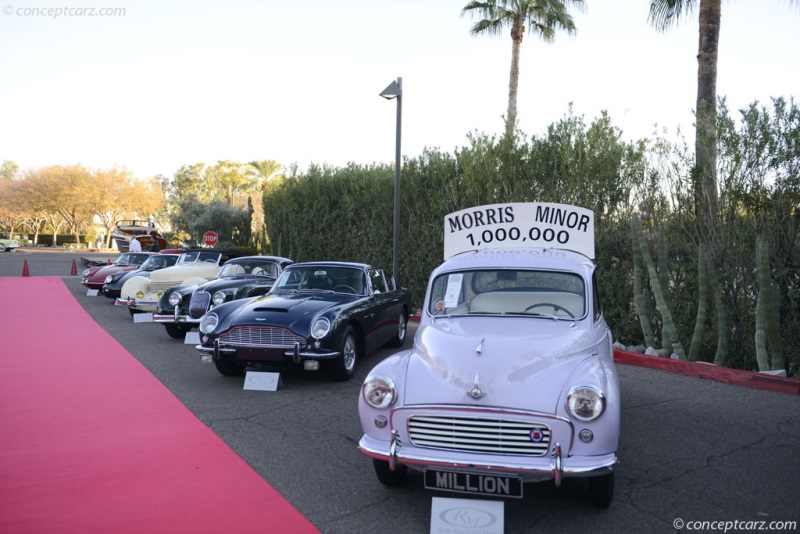