Sold for $8,525,000 at 2015 Bonhams Quail Lodge Auction.
This is the fifth of those rare seven. It won third overall at the 1959 Tour de France and has won at Montlhery and Watkins Glen. It proudly wears its original alloy body. Its well-documented history traces it from its delivery in Geneva in 1959 and its successful European racing that season to its eventual transmission to an American-based racer in the year's following.

Sold for $8,525,000 at 2015 Bonhams Quail Lodge Auction.
Race and FCA Platinum Award winner, this 1959 Ferrari 250GT Competizione Berlinetta is a truly accomplished automobile and absolutely holds its own among Ferrari's numerous other successful factory sports cars from the 1950s and 60s. Among the road-going customer automobiles offered by Ferrari, this has to be one of the best. Designed around Gioacchino Colombo's famous short-block V12 engine, the 250 GT would be a classic from the very beginning. Bearing a Pinin Farina body that was built by Scaglietti, 1519GT is one of a handful rare examples of a 250 Competition Ferrari.The Tour de France body style would continue in production for just three years and there would be only very small changes to the design over the course of those three years. In 1959, a Berlinetta version would be unveiled at the Paris Motor Show and would be phased into production over time. Sometimes referred to as the 'Interim' Berlinetta, this new design would feature more rounded front fenders, and under-sloping front grille and a more pronounced backend. Clothed in new alloy bodywork, the 250 GT Berlinetta would go on to finish 4th overall at Le Mans in 1959.
Built upon a longer wheelbase, the new 250 GT Berlinetta would be rare, even by Ferrari standards, as there would be just seven examples built over the summer and early autumn of 1959. This chassis, 1519GT, would be the fifth of those seven LWB 'Interim' Berlinettas. It would leave Maranello at the end of July in 1959 and would be received by Scaglietti shortly thereafter.
Jean-Pierre Schild, a Swiss driver that helped found Ecurie La Meute, would be the car's first owner. He would receive the car through Soconemet S.A. Schild was an accomplished racer having scored a victory in the Coupes du Salon in 1957. Driving Alfa Romeos up to this point, Schild would take delivery of a 250GT in 1958 and would score a 2nd place result in that year's Coupes du Salon. After yet another Tour de France 250GT, Schild would be seeking even greater performance. Therefore, he would turn to Ferrari and their alloy Berlinetta. 1519GT was one of these and would be completed for Schild in September of 1959.The car would not be held back, taking part in the grueling Tour de France. Wearing number 161, 1519GT would come through all of the sprints, hillclimbs and laps to finish and incredible 3rd overall, and this was against no less than 15 other 250GT TdF and two other Interim Berlinettas. About a month later, Schild would score 1st in the GT class at the Coupes du Salon proving he had finally found a car with the performance he was looking for.In 1960, the car would return to Maranello to receive some upgrades. One of these upgrades would be Dunlop disc brakes. Afterward, the car would be born by ship to New York City and Luigi Chinetti Motors. It was, in turn, sold to John Bunch of Connecticut.Driven by Dean McCarthy for Bunch, the car would be campaigned at numerous SCCA events. The Ferrari would finish 2nd at Thompson and Montgomery. Then, at Watkins Glen in June of that year, McCarthy would come through to finish first overall in the Glen Classic.
Some time later, Bob Grossman would purchase the car. Unfortunately, an accident would lead Grossman to remove the engine and transmission. The car itself would then be sold to William Denger who would store the car away for many years to come.
The car would continue to be hidden away, even after it was acquired by John Damron in the early-1970s. In 1972, a Connecticut dealer would buy another 250GT Berlinetta. In that car was engine number 1519GT. He would recognize the importance of the motor and would have it removed for safe-keeping. About that same time, Damron would purchase the chassis. Damron would find out about the car's original engine and would end up purchasing it not long afterward. For more than 30 years the car would remain with Damron. Then, in 2011, the car would be sold again, this time to a Greenwich-based Ferrari collector. This new owner would set about having the car completely restored. Diena & Silingardi would be given the task of rebuilding the running gear and engine. Tappezzeria Luppi would be tasked with the interior while Carrozzeria Autosport Bacchelli & Villa had the responsibility of the coachwork. The Carrozzeria was the perfect place to send the car as it actually employed former employees of Drogo and Scaglietti.When done, there was just one more detail—the finish. Restored in the racing colors of Ecurie la Meute's Swiss livery, the car was now complete and would be confirmed with Ferrari Classiche certification in 2014. Except for the gearbox, which is of the correct type, just not original to the car, 1519GT is about as original as they come.All of the restoration efforts would result in not only Ferrari Classiche certification, but also, a Platinum Award at the 2015 24th Annual Palm Beach Cavallino Classic and a 2014 run up the hill at the Goodwood Festival of Speed. Excellence in Class and Best Ferrari awards would just be icing on the cake and further evidence of the results of three year's worth of work.With a resume overflowing with victories and class wins, as well as, concours awards and accolades, this 1959 Ferrari 250 GT Competizione Alloy Berlinetta has to be considered among the best within Ferrari's impressive history. Offered as part of the 2015 Bonhams Quail Lodge auction, this Ferrari would be, without a doubt, the highlight of the event. Surrounded by a great deal of provenance and quality, the stir surrounding this car would be palpable. All of the attention would result in a final sale price, inclusive of premium, of $8,525,000.By Jeremy McMullen

Ferrari 250 GT Interims That Failed To Sell At Auction

1959 Ferrari 250 GT Interim's that have appeared at auction but did not sell. 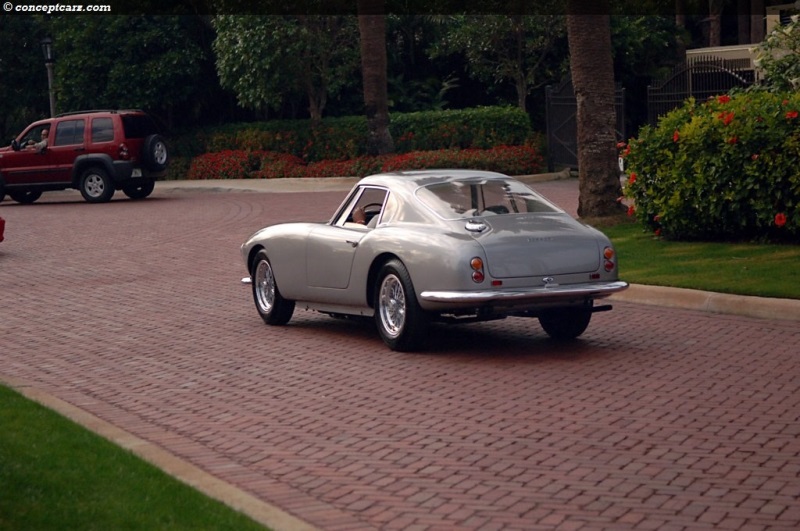 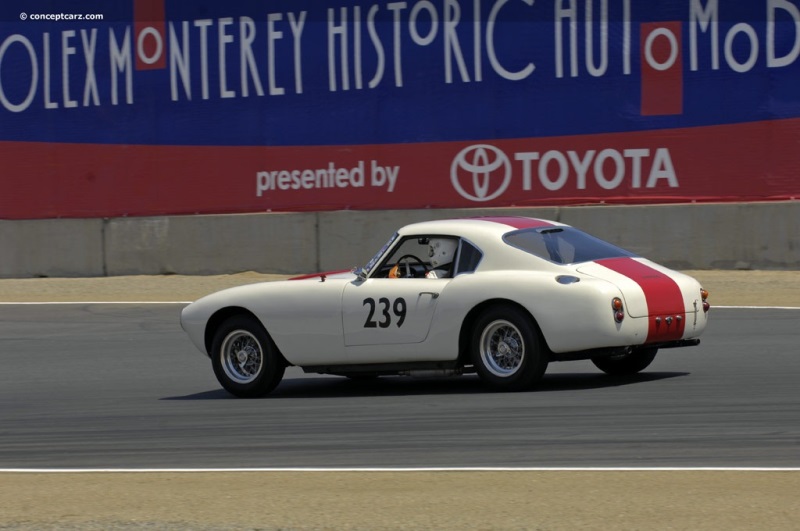 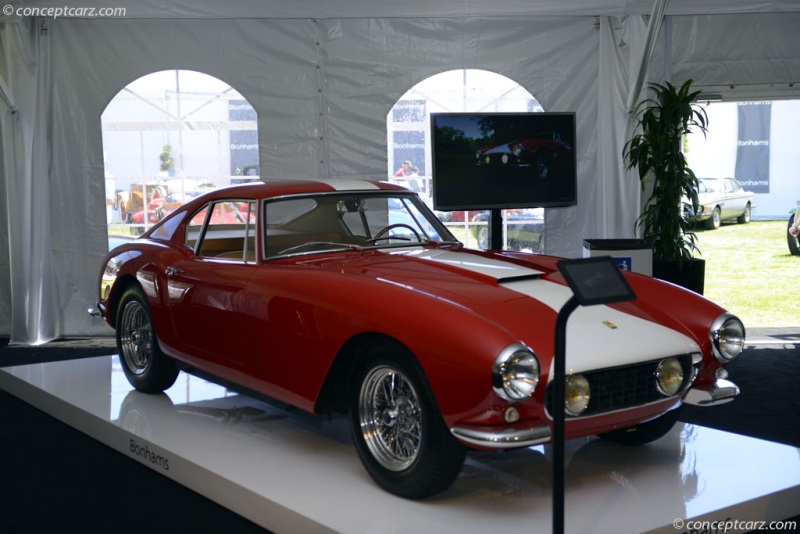 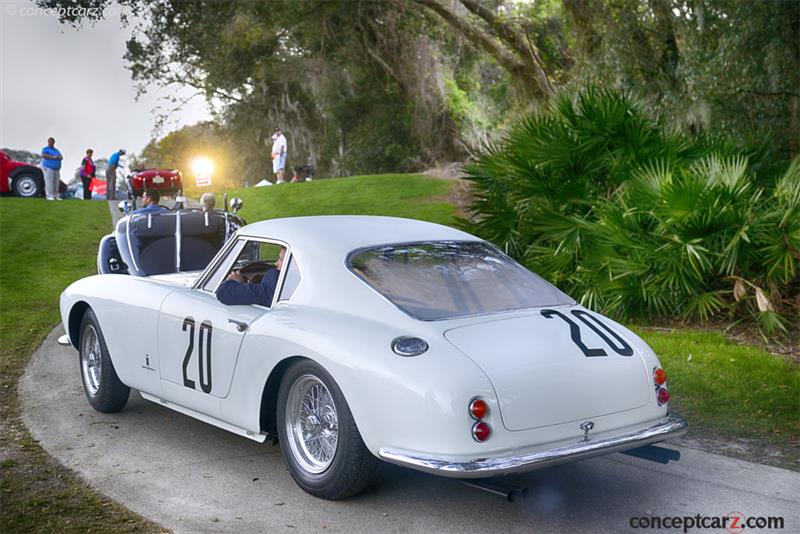