Sold for $451,000 at 2015 Bonhams Quail Lodge Auction.
Bentley's fame would be well-deserved earning five victories at Le Mans between 1924 and 1930. The small British manufacturer was the famed endurance race's most prolific performer until well after the Second World War. But, Bentley not only set the standard at Le Mans, but it also set the standard for the touring automobile of the early 20th century. The model that started it all would be Bentley's 3-Liter Tourer.In 1924, Frank Clement and John Duff would hang on by a lap to take victory in the 2nd Grand Prix of Endurance. At the time, no one really knew of the lasting fame Le Mans would evoke. At the same time, hardly anyone knew, or ever would have believed, the place of importance Bentley would occupy. Perhaps only W.O. did, and even then it had to be just a hope.Bentley would make its start in London in 1919. Bentley would get to work developing a new engine. Combined with coachwork, the new model, which would be simply known as the 3-liter, would make its first appearance at the 1919 Olympia Motor Exhibition. If that first victory at Le Mans gave little sense as to Bentley's immortality, then that first appearance in 1919 would be even more ambiguous. Only future history would demonstrate Bentley's genius. The 3-Liter would be that first glimpse.
Chassis 409 would be an early example of the famed 3-Liter. This particular example is a Speed Model Four Seater Tourer and it would be completed in the fall of 1923 with Chalmer & Hoyer bodywork over the Bentley chassis. Given that Chalmer & Hoyer only remained in operation during the early part of the 1920s, this Bentley would be one of just six Bentley's clothed by the company. However, it is entirely possible 409 is the sole remaining example of a Chalmer & Hoyer tourer.
Delivered in November of 1923, the original owner would be T. Bennett. Following Bennett, the car would change hands a couple of times before the end of the 1920s. Not only would the car hands between people, but also lands. By the early 1930s, the car would be in Ireland as the property of Trevor McCella. Then, sometime later, it would be found in Scotland, owned by a Hon. J.D. Carnegie in Angus.Being a Bentley, the tourer would be used in a number of driving expeditions. Service records would indicate 409 was in Antibes, which is located in the south of France. Besides regular servicing and repair, the tourer would also receive the braked front axle upgrade around this time as well.The Second World War would be looming large when John Brocklebank took ownership of the Bentley. Brocklebank would be resourceful when the rationing of gasoline hit the country during the war. Being a shareholder of Cunard Steamship Lines, John would have ample access to diesel, and therefore, would take steps to remove the 3-Liter engine and have it replaced with a Perkins P6 diesel unit. This enabled Brocklebank to continue driving his beloved Bentley without having to worry about rationing. John would not part with the car until a friend, Daniel Murphy, inquired about it. Amazingly, John would part with the car and it would make the trip across the Atlantic to Gladwyne, Pennsylvania.Nearly four decades would pass with the Bentley remaining in Murphy's care. Bentley corrector, Bill Ford, would manage to get Murphy to part with his beloved 3-Liter. Soon afterward, David George of Cochranville, Pennsylvania would be commissioned to perform a thorough restoration.All throughout Murphy's ownership, the Perkins diesel remained in the Tourer. Therefore, George would set about finding a correct 3-Liter engine. The Bentley Drivers Club in the U.K. would come through with a Service Engine replacement. This example would be a Speed Model specification with the larger sump.
Another challenging undertaking during the restoration efforts would be to reduce the size of the passenger door, which had been made larger sometime earlier in its history. Refinished in dark British Racing Green, George would not only manage to paint the car in an extremely evocatively-British hue but the fact the efforts would manage to save the original bodywork would only make 409 that much more remarkable.
Soon after the restoration, Ford would campaign the car in the North American Vintage Bentley Meet in Massachusetts. After 600 miles, there would be some wear and tear, but it was only befitting the Bentley reputation. Around 2000, the current owner would come to own the car and would continue to campaign the car all throughout the United States, including the Colorado Grand in 2013.Extremely rare and befitting of the Bentley legend, chassis 409 would be part of Bonhams' impressive 2015 Quail Lodge auction. Sporting its original body, well-documented and a part of a legend that will live on in eternity, chassis 409 would earn a respectable sum of $451,000 at the time the gavel fell.By Jeremy McMullen
TT Replica Tourer by Carlton Carriage Company
Sports Tourer by Vanden Plas
Chassis#: 263
Chassis#: 246

1923 Bentley 3 Litre's that have appeared at auction but did not sell. 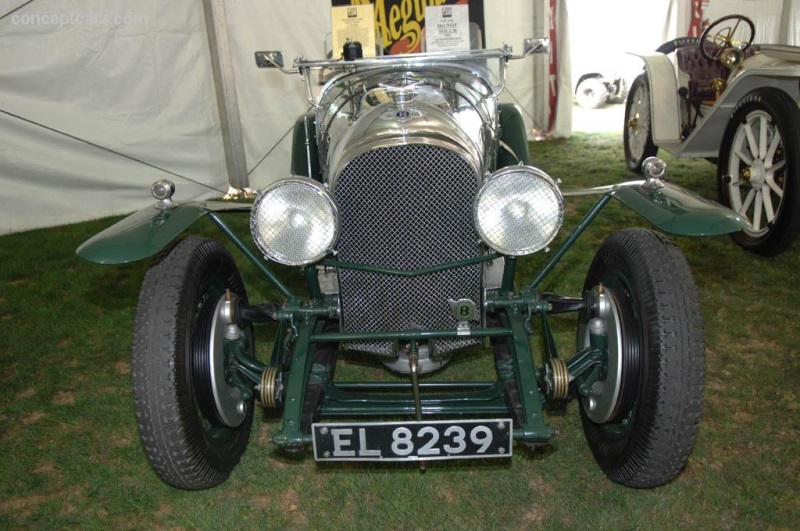 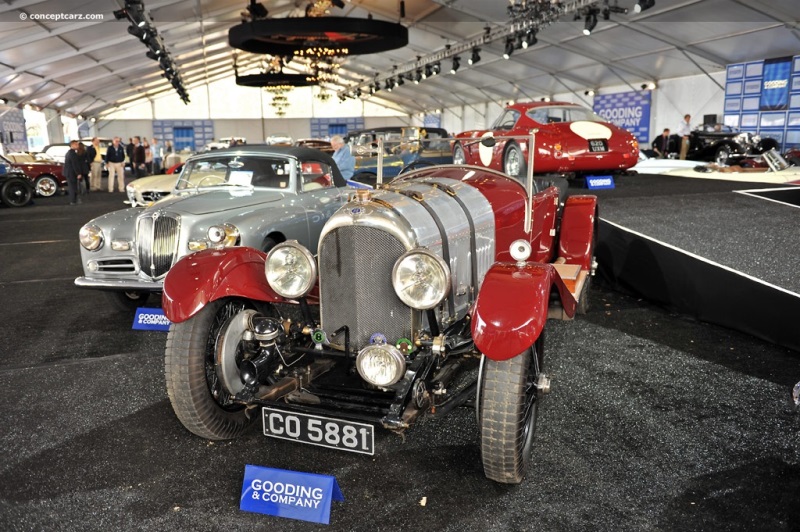 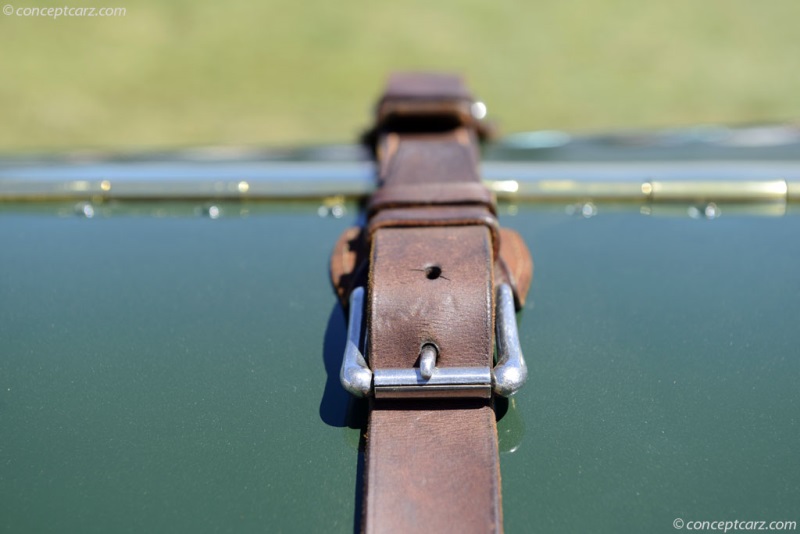 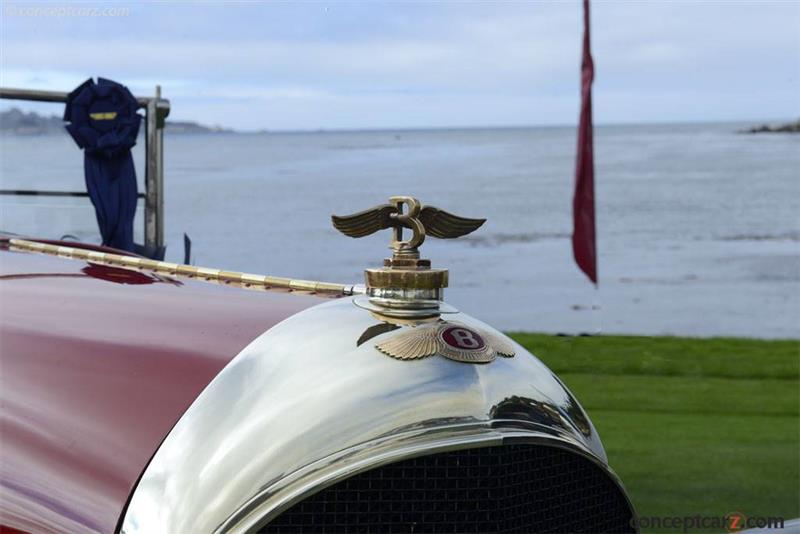 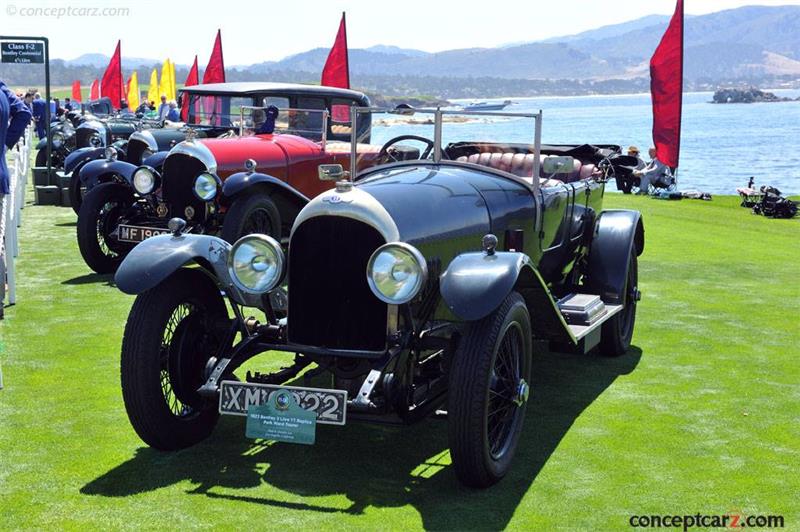