The Bugatti Type 57, introduced in 1934, incorporated many new features. It was the first new model built under Jean Bugatti's direction and with his own coachwork designs built by a number of outside companies. It can certainly be considered the most celebrated non-racing Bugatti ever built. Introduced in 1934 with the production continuing to the outbreak of war in 1939, there were 710 built. It was a design and engineering masterpiece with its chassis fitted most often with one of four standard bodies designed entirely by Jean Bugatti, son of Ettore. The Type 57 was the first Bugatti that didn't share its chassis design with race cars, as had earlier models. It rivaled competitors Delahaye and Delage by offering a car capable of high performance without sacrificing comfort, luxury, or convenience. This 1934 Bugatti Type 57 with Stelvio body was built by Carrosserie Gangloff in Colmar, France. An early Type 57, it owes its existence to the fact that it was hidden under a pile of hay in a barn in France during World War II. Upon discovery after the war and with the assistance of Bob Baer, it was acquired by a CIA agent named David Meize who was stationed in Europe. Mr. Meize was an active Bugatti Club member and would hold on to the car for many years. He would then sell the car to a Mr. John Risch, Sr., a fellow Bugatti Club member. It was kept in the Risch family until 1964.This Bugatti retains its original engine, paint and interior. The odometer shows just 36,000 kilometers from new.
This car has been carefully stored in a climate controlled environment and had not seen the light of day for over 25 years. A coming out at 2016 Pebble Beach Concours d'Elegance was the first showing, where it received a significant award in the Pre-War Preservation class.
Wearing nearly all of its original paint and interior upholstery, it has been lovingly preserved. It has always been in the hands of meticulous, mindful collectors who clearly understand the significant of its original.
Rumble Seat Convertible by Franay
Galibier Pillarless Four-Door by Vanvooren
Chassis#: 57127
Chassis#: 57224 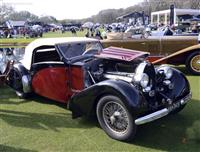 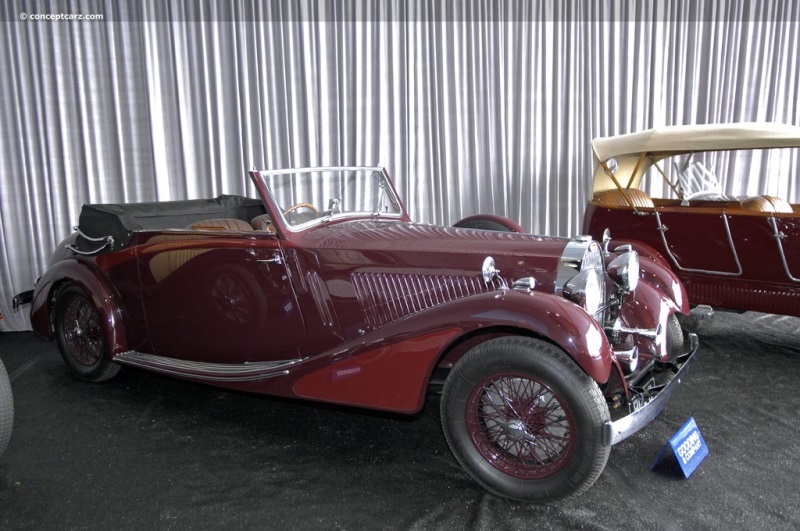 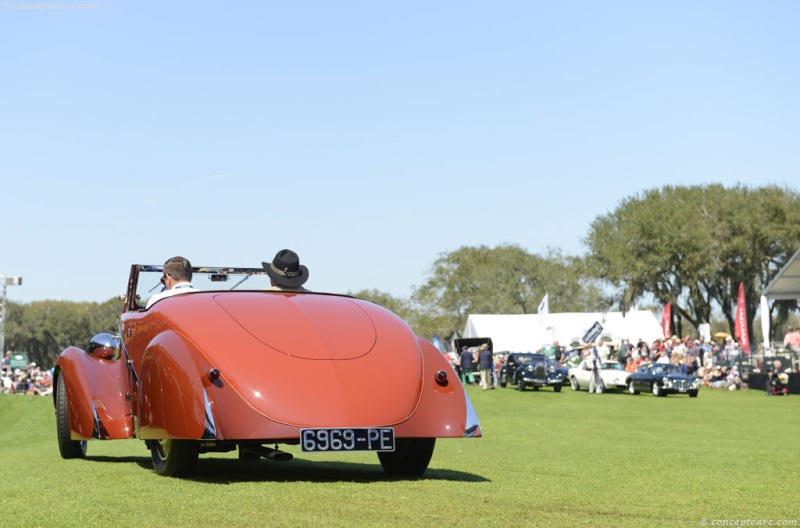 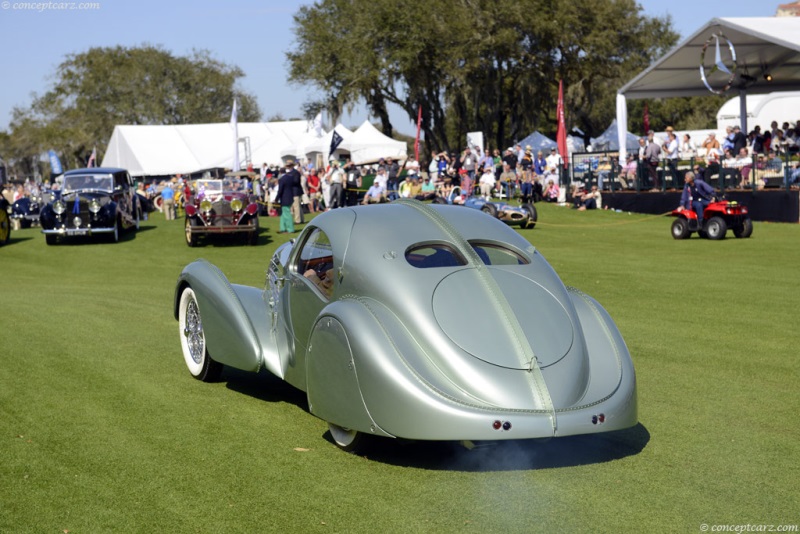 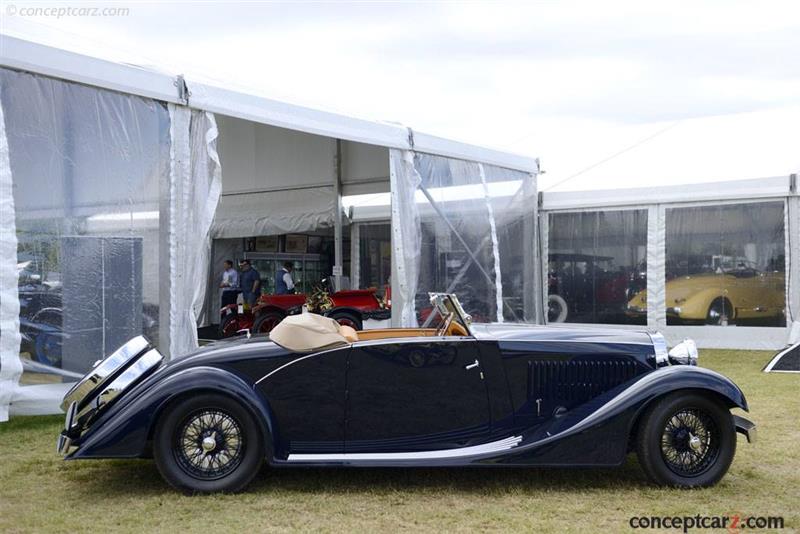 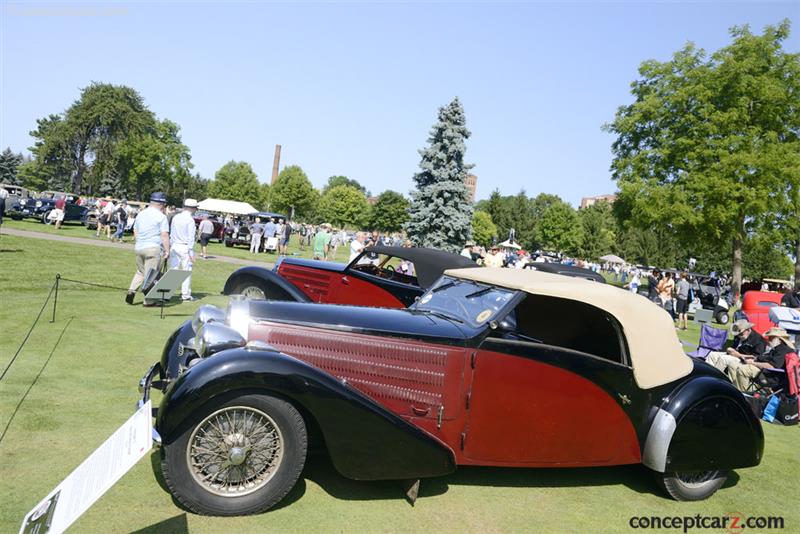 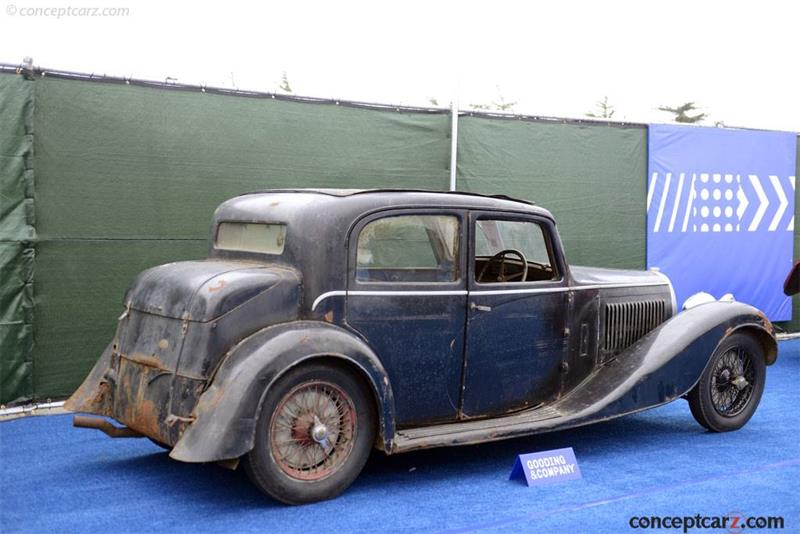 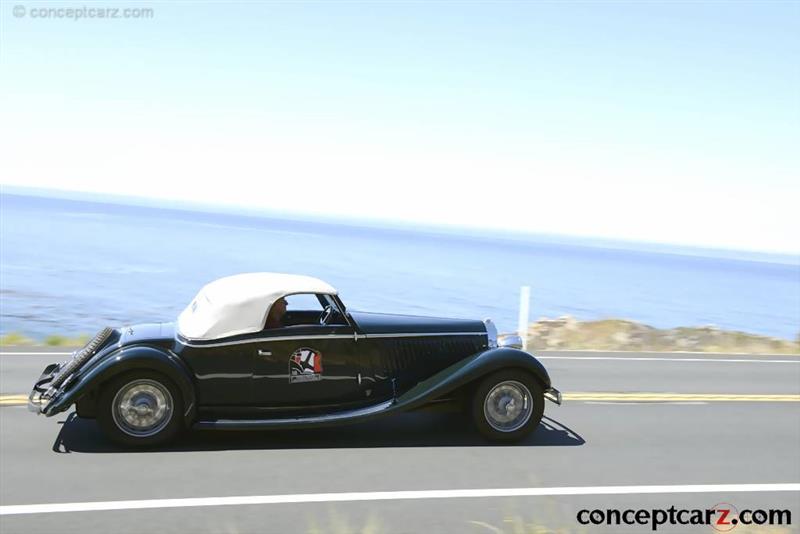