Sold for $10,400,000 at 2016 Gooding & Company : Pebble Beach.
The Bugatti type 55 is a very rare and historically important car, with just 38 examples built between 1931 and 1936. Of these, just 14 were completed with Jean Bugatti's Roadster coachwork. Of the 13 surviving Roadsters, it is believed that five or six retain their original coachwork and major mechanical components. Ettore Bugatti was an early proponent of reducing weight instead of increasing engine size. Along with offering performance and acceleration, the lightweight sports cars had excellent road-holding and better braking than their larger competitors. The Bugatti Type 35 Grand Prix, making its Grand Prix debut at the Grand Prix of Lyon in 1924, weighed just 1,500 lbs and was powered by an overhead-camshaft straight eight. By 1927, it had proven its capabilities and potential by winning over 2,000 race victories. The Bugatti Type 51, inspired by Harry Millers racing cars, was powered by a supercharged 2.3-liter twin-cam engine and would continue the company's racing resume well into the 1930s.
Jean Bugatti, Ettore's son, was a talented engineer and designer as well. He proposed many technical innovations, including the use of an independent suspension setup. His designs were equally bold and daring, and it was Jean who had the idea to create the Type 55 'Supersport,' a vehicle that appealed to the company's most demanding clients. It would combine the mechanical underpinnings of the Type 35 B with sporting coachwork. It had the same chassis as the 16-cylinder Type 45 and Type 47 Grand Prix cars and was powered by the 4.9-liter engine found in the Type 54. It was given the Type 51's supercharged and engine the four-speed gearbox found in the Type 49.
Bugatti unveiled the Type 55 in October of 1931 in Paris. It was a road-going vehicle that boasted a top speed in excess of 110 mph. Bugatti offered the Type 55 as either a chassis or it could be outfitted with one of three factory bodies - a cabriolet, Roadster, and the coupe, each wearing a design created by Jean Bugatti. This particular example was completed in April 1932. It left the factory powered by engine number 10 and given Jean Bugatti Roadster coachwork. It was the second example ever built and the first completed that year. The car was given factory invoice 55213 to Bucar S.A. on April 6th of 1932. It was given a temporary registration in Basel though it was never officially imported into Switzerland. It made its first public appearance at the Mille Miglia that started in Brescia, Italy, on April 9th of 1932. This Roadster is the only Type 55 to compete in the Mille Miglia. It wore race number 102 and was entrusted to Achille Varzi, the Bugatti factory driver, and co-driver Count Luigi Castelbarco. Bugatti's other factory entry was a Type 51 Grand Prix, driven by Carlo Cazzaniga and Archimede Rosa.The Type 55 Roadster raced at the Mille Miglia wearing a red and black livery. It was outfitted with road equipment, a leather hood strap, central driving light, and headlamp covers. It was also fitted with special 'sport wings.'Sadly, the Bugatti was forced to retire from the race after a rock punctured the fuel tank, and it was unable to be repaired. After the Mille Miglia, the Roadster was registered in Strasbourg, France. It was registered to Carlo Cazzaniga at the address of the Bugatti shop in Strasbourg. Though not confirmed, its first private owner may have been Andre Derain, who owned at least 11 Bugattis during his life.
The early history of 55213 is not certain, until 1946 when it was owned by Georges Metz. M. Metz advertised the Roadster for sale in Action Automobile et Touristique in April of 1950 and then sold it to a garage in Paris. In May of 1951, it was registered in Paris to Jean-Baptiste Altieri. In 1983, M. Altieri was approached by Nicolas Seydoux who was interested in purchasing 55213. After acquiring the car, it remained in Seydoux's collection until 2008, when it was sold to a Swiss individual named Peter Livanos. Mr. Livanos had the car completely restored by Laurent Rondoni of Ventoux Moteur Ingénierie in Carpentras, France. Upon completion, it was refinished in blue and black nitrocellulose.
During the restoration process a new engine and gearbox - exact replicas - were built for the car. (The original components still remain with the car.)
By Daniel Vaughan | Oct 2016 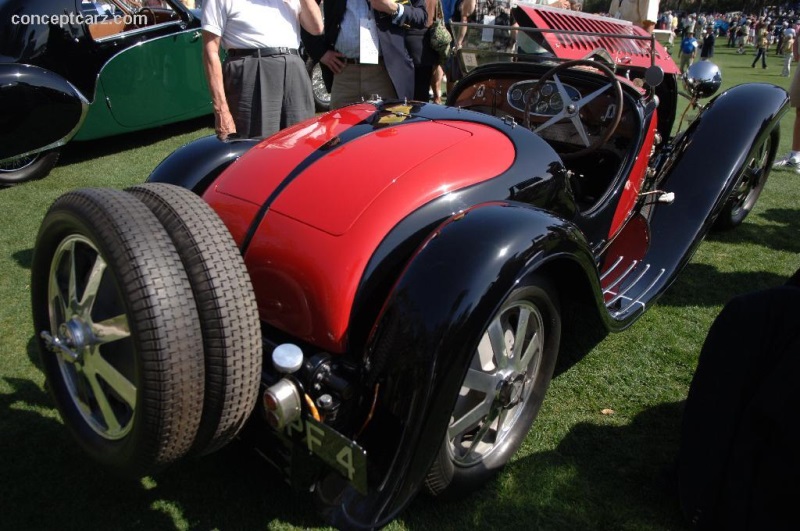 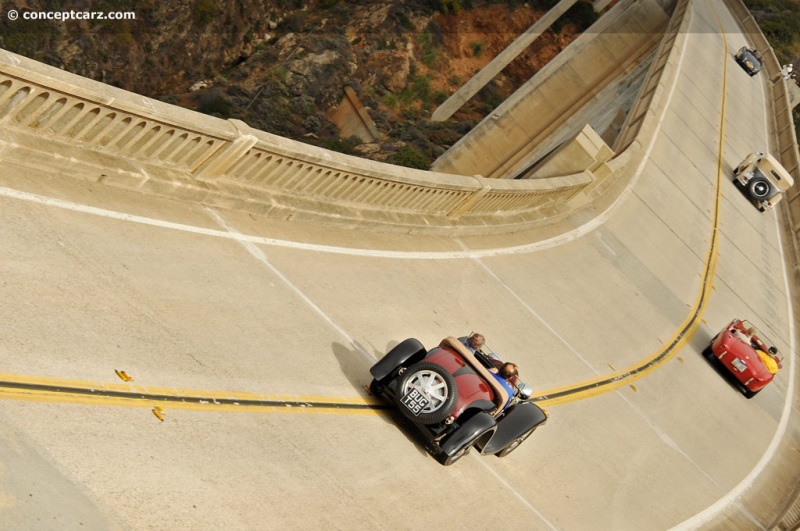 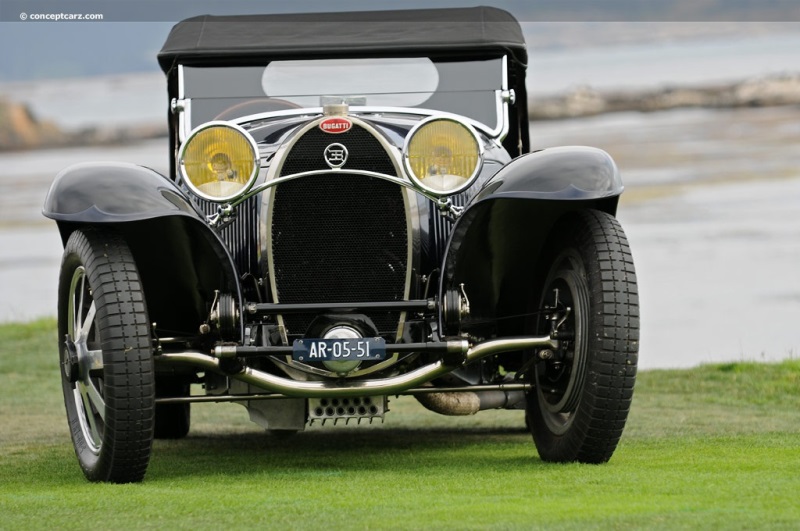 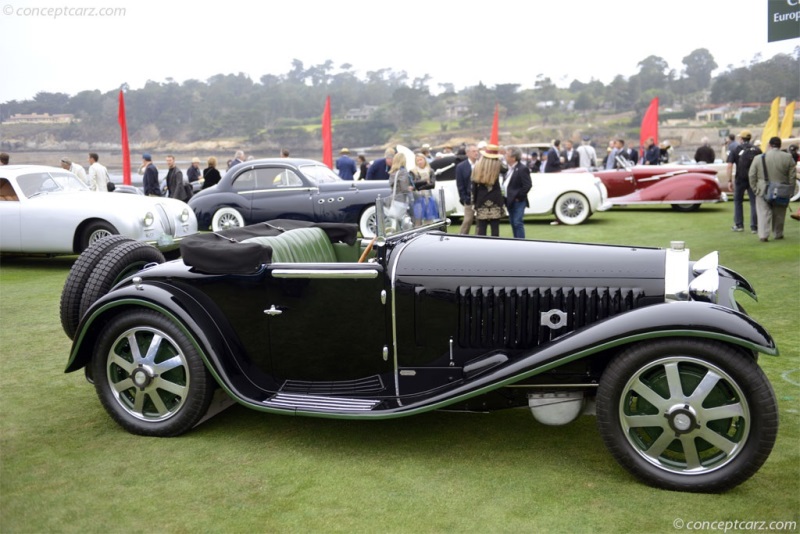 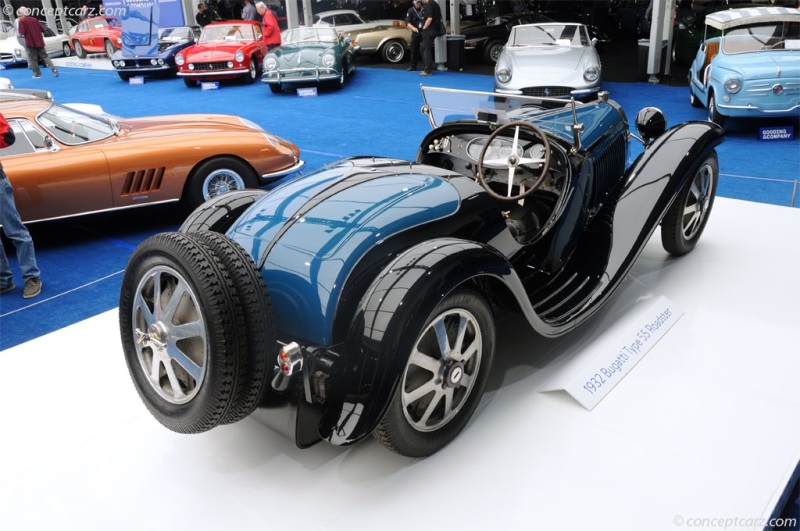 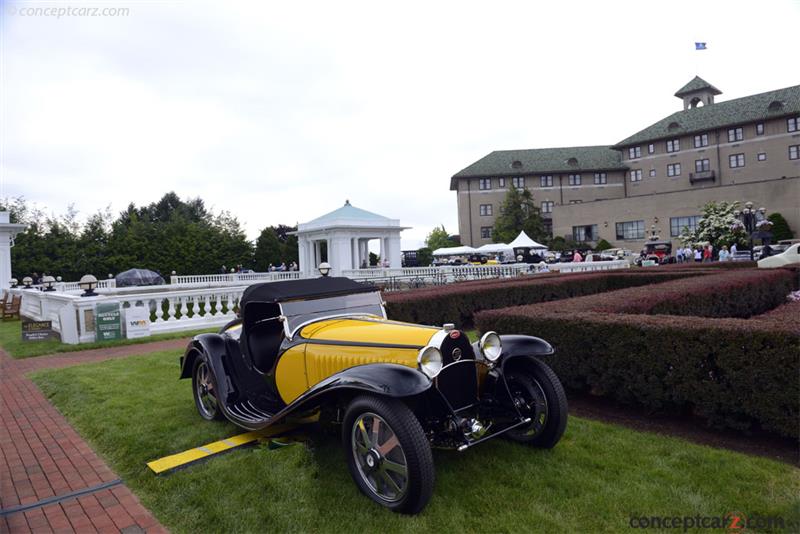 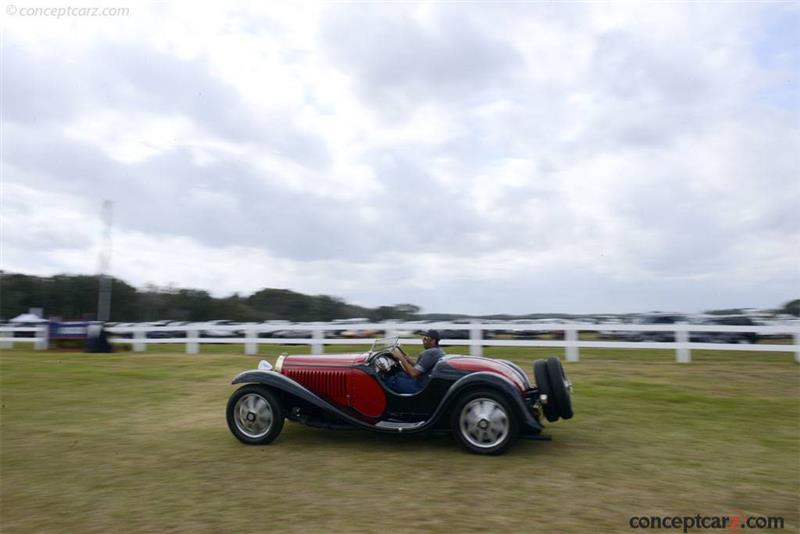