Sold for $852,500 at 2016 Gooding & Company : Pebble Beach.
Sold for $797,500 at 2018 Gooding & Company : Pebble Beach.
The first true Maserati road model was the A6 1500, introduced in the post-war era. It made its debut in 1947 at the Geneva Salon, as a Berlinetta wearing coachwork by Pinin Farina. The all-aluminum body had elegant hidden door handles and the classic Maserati grill. Power was from a 1488cc single-overhead camshaft six in aluminum and magnesium, similar to the A6GCS sports car's 2.0-litre unit, which produced its maximum output of 65bhp at 4,700rpm. They had a ladder frame chassis with a double-wishbone front suspension derived from their racing endeavors, with a coil-sprung axle located at the rear. Depending on the coachwork, the top speed was in the 90-95 mph neighborhood. The all-new Tipo A6, named for company founder Alfieri Maserati, was the company's first true production with just 61 examples built. All but two examples were clothed in aluminum coachwork by Pinin Farina. This car is an early production example, with the model's chassis numbers ranging from 051 to 0110. It was completed in December of 1948 and delivered new to Delo Lombardi in Milan. It was originally equipped with wire wheels and three Weber 36 DO2 carburetors. Most examples were sold with solid steel wheels and a single carburetor. It is believed that just 10 examples of the A6/1500 were factory-equipped with this three-carburetor configuration. In May of 1949, the A6 achieved a First in Class finish at the Coppa Inter-Europa where it was driven by Franco Bordoni. In August of 1950, after capturing another class win at the Coppa Inter-Europa and participating in the inaugural Giro Notturno del Lario, the A6/1500 Coupe was officially sold to Bordoni. Bordoni sold the car in February of 1951 to Fernando Segura, a resident of Bellaire, Texas, who had Pinin Farina and Maserati overhaul the car before exporting it to the US. The Maserati remained in the Houston area for decades.
In 1998, the car was purchased by its current caretaker, who had it shipped to Italy, where it was treated to a complete restoration. During the process, undisturbed sections of light blue metallic paint were discovered throughout the bodywork, suggesting that it was the car's original color. As such, it was refinished in this light blue color, with the interior trimmed in cloth and leather.
By Daniel Vaughan | Oct 2016

Maserati A6/1500s That Failed To Sell At Auction 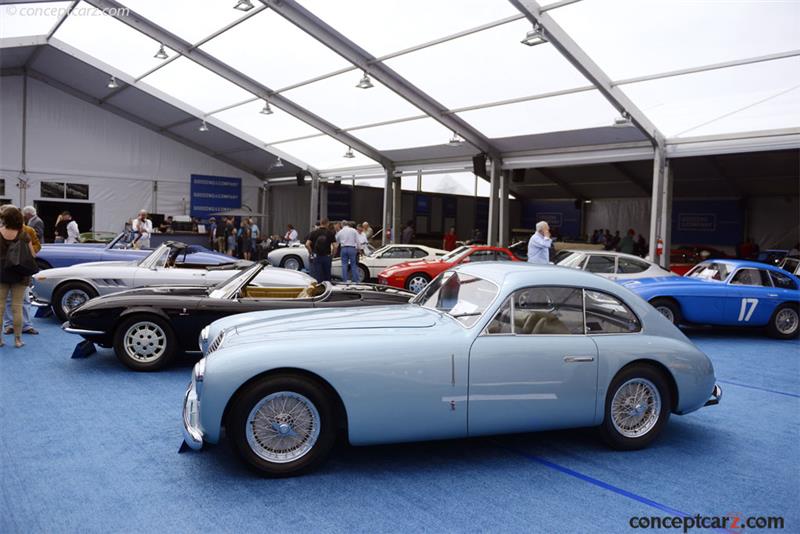