Sold for $5,170,000 at 2018 Bonhams : Scottsdale.
The Porsche 550 Spyder was the company's dedicated competition model that was used by both the factory and privateers. It was very successful and dominated the small-displacement international sports car competition for nearly a decade starting in the mid-150s. The second model, the 550A, was the result of significant improvements. 40 examples of the 550A were built and included a change to a space-frame design, a first for Porsche, a modified body shape design, and the spare tire and wheel were moved to the front of the car to improve weight distribution. The rear suspension was now comprised of trailing arms instead of the 550's swing axles. Power continued to be from Ernst Fuhrmann's four-cam, flat-four engine.Most of the 550As were sold from new to privateer racers. This particular example, however, chassis 550A-0145 is the second-to-last 550A built. It was campaigned as a works entry by Porsche in 1958 in four world championship races. Its most significant outings were at the 1000 Km Nürburgring (1st in Class), 12 Hours of Reims (1st in Class), and a 2nd in Class and 5th Overall at the 1958 24 Hours of Le Mans. It raced in the Dutch Grand Prix at Zandvoort.
Count Carel Godin de Beaufort of the Netherlands acquired the car from Porsche in April of 1958. He was the owner and driver for all the races listed above, and he would later compete in additional events in 1958 both as a private and works entrant.
de Beaufort sold 550A-0145 to Eglinton Caledonia Motors in Toronto, Canada in 1960. It was raced in various events in 1959 and 1960 by Peter Ryan and Jim Muzzin, before being sold to Muzzin circa 1961. Muzzin continued to expand the car's racing resume through 1962 under the Willies Downtown Porsche Service banner before the car was eventually sold to an owner in California, around 1967. It would remain in California, including a period of ownership of Warren Eads (around 1989), until being exported to Europe in 1991. In 2002, Bruno Ferracin purchased the car and eventually drove it in ten consecutive Mille Miglia retrospectives.The engine was fully rebuilt in 2012.The current owner acquired the car in 2013. It is currently finished i nits number 32 livery from the 1958 24 Hours of LeMans. The four-cam engine is stamped P90127, and the installed gearbox is a period four-speed unit. The original five-speed gearbox, numbered 690035, is still with the car. The car rides on RS60-sped 4.5-inch-wdie bi-metallic wheels, has correct woven upholster, two aluminum bucket seats, a period Spyder racing jack, voltage regulation, glass fuel-pressure bowl and oil thermostat assembly.
By Daniel Vaughan | Oct 2016

Recent Sales of the Porsche 550 A

Porsche 550 As That Failed To Sell At Auction 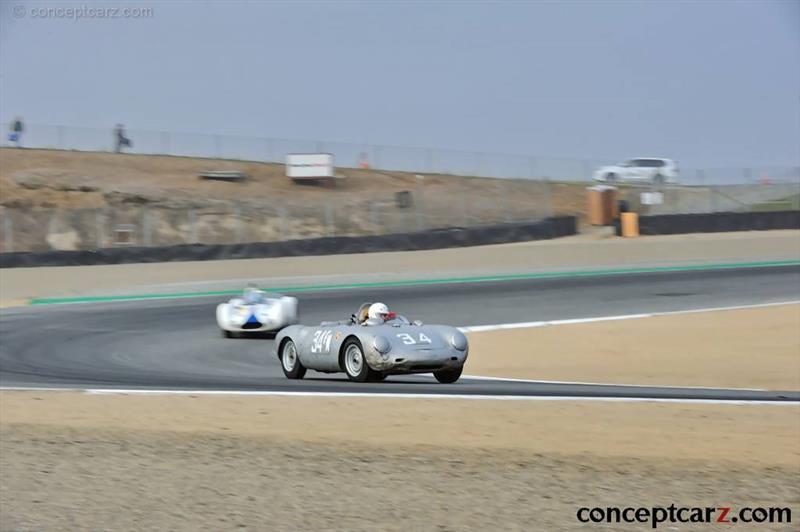 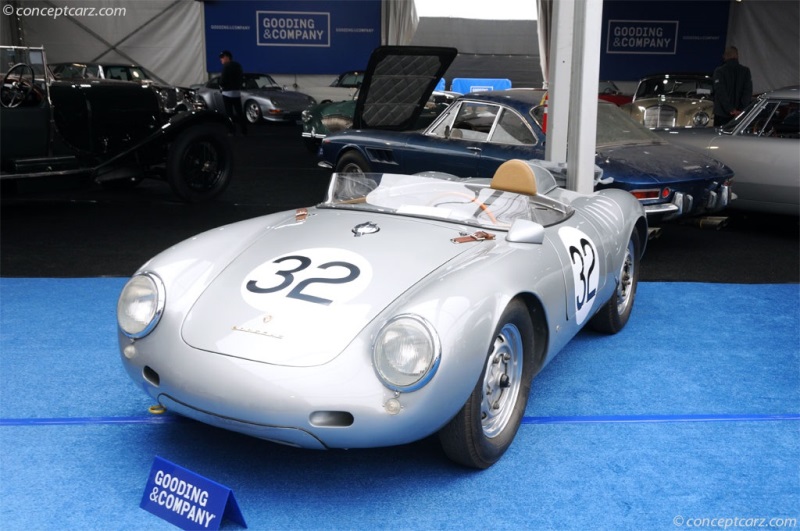