Sold for $49,500 at 2016 RM Sotheby's : Hershey.
The first Hupmobile was created on November 1st, 1908, built by Robert Craig Hupp. Hupp had worked for Regal, Olds, and Ford but had decided to design and build his own interpretation of the automobile. His first creation was a two-passenger runabout that sold for around $750. A four-cylinder engine provided just under 20 horsepower and a sliding gear transmission sent the power to the rear wheels. Production was strong in its first year, with 1618 examples being created. By 1913, sales jumped to 12,000 units. By 1933, the company's silver anniversary, the Great Depression was in full swing, and sales had fallen from a peak of 65,862 five years earlier to a low of 7,316. Despite the poor sales, a stock chassis Hupmobile - the Hupp Comet driven by Russell Snowberger - was entered in the Indianapolis 500 the previous year and finished fifth.The company introduced an all-new, swept-back look in 1933. Together with the Reo Flying Cloud, they are credited with bringing streamlined design to American production cars. Amos Northup of Murray Body Company and designer Raymond Loewy influenced the designs.
Production continued until the 1940's when the company was forced to file for bankruptcy.
This particular example is a Hupmoible B-316 with a 'boattail' body with a rumble seat. The coachwork was done by Raulang of Cleveland.The current caretaker discovered this vehicle around 1994. It was resurrected and restored with many of the parts being recreated by talented metalworkers. The restoration took nearly seven years to complete and was finished around 2011. This boattail is fitted with dual wipers, twin taillights, twin horns, clock rearview mirror, dual side-mount spares with original locks, a luggage rack, rumble seat, and side curtains with a custom carrying pouch.This Hupmoible was the recipient of an AACA First Junior Award at the Hershey Fall Meet in 2011. It was also shown at the Edison Concours in West Orange, New Jersey, in 2015.
By Daniel Vaughan | Dec 2016

Recent Sales of the Hupmobile Model B-316

Hupmobile Model B-316s That Failed To Sell At Auction

1933 Hupmobile Model B-316's that have appeared at auction but did not sell. 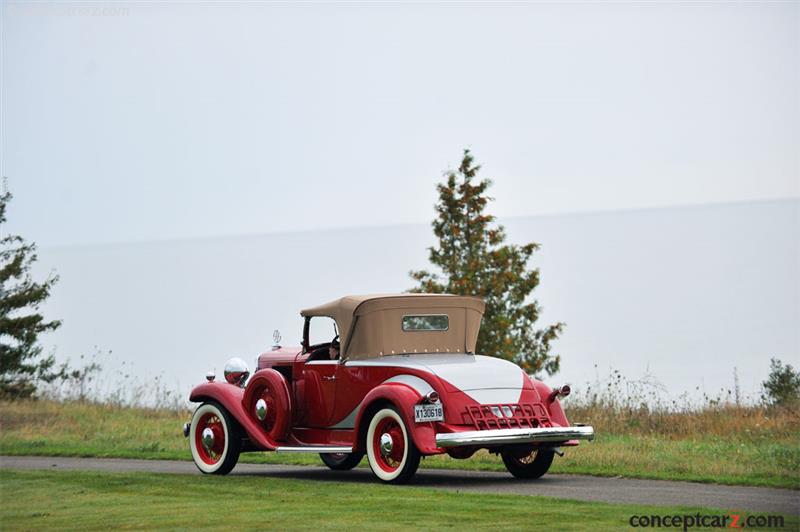