Sold for $967,500 at 2021 Bonhams : Quail Lodge.
A Sporting Blend of Tradition and Innovation
Riley was an English motorcar built in Coventry. The original company manufactured bicycles in the 1980s. Before the dawn of the 20th century, the owner's son, Percy Riley, had built a 'quadricycle' prototype. A production car followed in 1905. The company produced motorized tricycles or tricars until 1907. The first of which to appear was the 9 horsepower Imp, then the short-lived six-cylinder MPH, and finally, the Nine. Just 16 1728cc/15 HP 6-cylinder MPHs were built.During 1912, Riley introduced a detachable wheel rim patented by Percy - the design would eventually be used on 180 makes worldwide. The final Riley car was produced in 1969.During the 1920s, the Riley automobile was a well-known and popular car throughout the British Empire, produced in 4-, 6- and even 8-cylinder variants. Sport models such as the Riley Brooklands, a model that was competitive in both hill climbs and at LeMans, were prized by enthusiasts of the era.
The Riley 'MPH' was a larger 6-cylinder sports car, based on the successful 4-cylinder 'Imp.' Only 20 were produced, and the car displayed is the most authentic one remaining in the world. It was originally imported to Switzerland by the Riley distributor, who used it for racing.
The Riley MPH was a combination of old and new tech: the bodywork was aluminum, but over a traditional ash frame. The MPH engine is a twin-cam 2-liter inline-six, driving through a Wilson 'Pre-Selector' 4-speed semi-automatic gearbox.

Sold for $967,500 at 2021 Bonhams : Quail Lodge.
The resurfacing of this Riley MPH coincided with the sales of the Bob Lutz 'Swiss MPH' by auction house Bonhams in 2016. Shortly after the sale, the wife of the deceased owner of this Riley MPH reached out to Mr. van Huystee to see if he was interested in acquiring it. The car, believed to be 'No. 5' was purchased by Mr. van Huytee and treated to a restoration which culminated with a class award at the Amelia Island Concours d'Elegance. This Riley is designated the 5th MPH but has the earliest chassis number in the sequence, leading to the belief that it may have been the example shown at the London Motor Show at Olympia in 1934. That car was sold off the show stand to an overseas buyer but that sale may have later been canceled. Like other manufacturers, Riley often toured its vehicles from dealership to dealership to inspire sales, and perhaps that is why this vehicle was first U.K. road registered in February 28th of 1935, and then registered for the road on the Coventry plate 'ARW 485.' It was roughly a year before it found its first proper owner, a Graham Donald of Kilbarchan, in Renfrewshire, Scotland. By this point, the engine prefix was recorded as 14, suggesting that Riley may have exchanged a 15/6 engine for a 15/6 engine prior to its final sale. Mr. Donald served during the Second World War and its existence vanishes for about a dozen years. When it resurfaced, it had migrated to the south of England and was advertised by Character Cars of Wimbledon. At the time, it was described as being in excellent mechanical condition. Eighteen months later, it was sold again through another South London car dealer becoming the property of a Robert 'Bob' Huehner, an American chemical engineer who was in Europe at the time. When Mr. Huehner returned to the United States, he brought the car back with him and set about restoring it. After the work was completed, it was well-used over the next four decades of his ownership. In the early 2000s, another restoration was commissioned but he would not live to see its completion. Ownership passed to son and the restoration would remain unfinished in his car, eventually leading to the chance call to Mr. van Huystee in 2017. Mr. van Huystee acquired the vehicle after it had been with the Huehner family for 63 years.
The car is finished in Barnato Green with a Saddle color leather interior. The entire cost of the restoration approached $1 million (USD), and included a complete rebuild of the engine with new billet crankshaft, new pistons and rods, and the Scintilla Magneto overhauled.
By Daniel Vaughan | Oct 2021

Recent Sales of the Riley MPH

Riley MPHs That Failed To Sell At Auction

1934 Riley MPH's that have appeared at auction but did not sell. 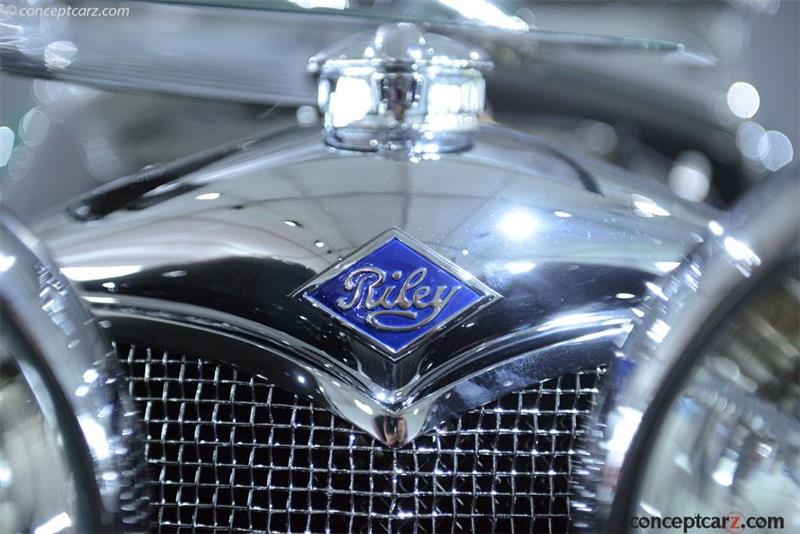