The Fabbrica Italiana Automobili Torino was founded in 1899 and was one of the pioneers of the automobile. They employed several marketing techniques including motorsports, which they used the showcase, test, and improve their product. The Fiat cars were a dominant force in competition force for many decades. In 1949, brothers Gianfranco, Sandro, and Camillo Stanga formed a company with the purpose of assembling competition cars from components found throughout Europe. Once such example began with a chassis from Fiat, an engine from Gianini, and coachwork by Motto. Seven examples of these Stanga Barchettas were built for compeittion.
The Stanga brothers purchased a Fiat 500 chassis and modified it with lightweight tubular steel. The suspension and steering components were upgraded to competition specifications.
The engine was sourced from brothers Attilio and Domica Giannini. The race-tuned Fiat engine was bored to 600cc and fitted with a pair of twin Weber carburetors and a high-compression head. The engine was then mated to a four-speed close-ratio gearbox. Motto of Turin, known as a carrozzzeria for lightweight competition cars, crafted an elegant and sporty Barchetta body for the Fiat Stanga. It was a clean design with simple lines that smoothly flowed from front to back and were void of any unnecessary trim details. Of the seven Stanga Barchetta's built, only two were given coachwork from Motto. It is believed that all seven examples competed in the Mille Miglia in the early 1950s.
By Daniel Vaughan | Mar 2017

Recent Sales of the Fiat Stanga

Fiat Stangas That Failed To Sell At Auction

1951 Fiat Stanga's that have appeared at auction but did not sell. 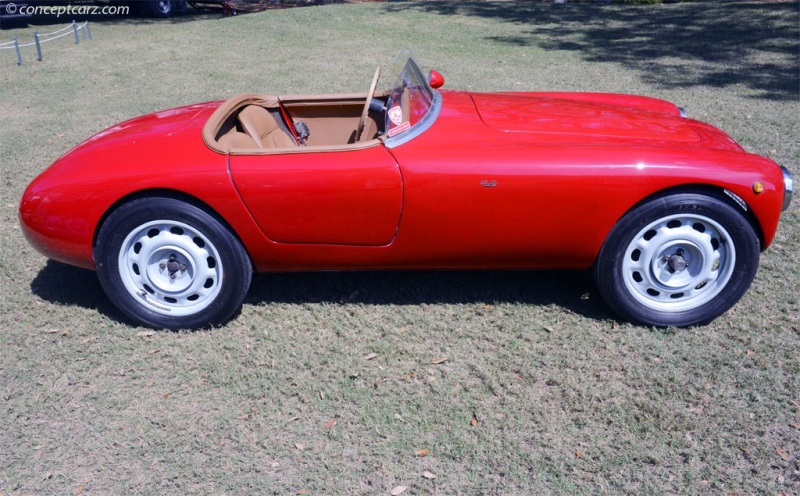