Sold for $276,986 (€207,000) at 2013 Bonhams - Les Grandes Marques du Monde au Grand Palais.
Sold for $665,000 at 2022 Bonhams : The Quail Auction.
The French Talbot factory in Suresnes outside Paris had built a list of automobiles but by the early 1930s, it longevity was in question. It had been experiencing financial difficulties and their vehicles were becoming dated. In 1932, the Depression hit France; a year later, there was no liquidity left and the banks closed the company credit line and the managing director Owen Clegg cabled Sunbeam-Talbot in London that Talbot in France was facing closure and liquidation. In hopes of righting the ship, Anthony Lago was sent to France, where he revamped the entire Talbot line, sliced superfluous model variations, improved engines and drivetrains, and introduced the Wilson pre-selector gearbox.After a few years of resurrecting the company, Anthony Lago set about truly transforming Talbot-Lago, which was the new name he gave the company. He had worked with Joseph Figoni in1 934 on a set of new designs for the entire lineup of Talbot cars. Unlike Delahaye, Talbot maintained a proprietary in-house coachbuilding facility at the Suresnes factory, which Lago intended to utilize. In 1934, at the Paris Salon, a coach built cabriolet by Figoni, wearing a Figoni plaque, was put on display. This car would serve as a design template for the forthcoming factory-built Talbots. The new model was called T150 C or Lago Spéciale and featured a new chassis that Lago had Clandestinely developed. Two versions were offered; the SS and the Lago Speciale. The SS version, as in the English phrase 'Super Sport', had a short-wheelbase (2.65 m) chassis and was designed for two- or three-place coachwork. Although mechanically identical to the SS, the Lago Speciale was designed to accommodate more luxurious bodywork.
In 1938, the Talbot revised the original Figoni design. The sides and beltline were reworked for a smoother effect. To increase luggage space, the disappearing convertible top mechanism was re-engineered to a non-disappearing configuration. A Figoni grille design could be ordered instead of the traditional Talbot factory grille.
This particular example, chassis number 90039, is a 'second-generation' T150C Lago Speciale, and one of just 51 T150C models produced. It is a right-hand drive example fitted with the pre-selector Wilson-type gearbox. It is believed that this car was delivered to America when new. If this was the case, then it was probably imported by Luigi Chinetti who was the Talbot-Lago agent for the US at the time. It is believed that Otto Zipper's Precision Motor Cars in Santa Monica, California owned this car in the 1950s. In the 1960s, it was with Briggs Cunningham, who passed it on to Wilbur F. Sanders of Dearborn, Michigan. Sanders offered 90039 to Roy Leiske in Milwaukee, Wisconsin, but the car did not sell. The next owner was Peter Mullin, who sold it to Bill Marriott. Marriott's restorer David Carte used 90039 as reference and parts donor car for Marriott's T150 C-SS teardrop, after which it was sold to the Swiss collector Christopher Gardner. Mr. Gardner then entered the unrestored and incomplete 90039 in the Bonhams Grand Palais sale in Paris in 2012, where it purchased by its current owner.From 2012 to 2016, the car was given a ground-up restoration. It was repainted in its original Bleu Narval color, and all parts that were missing have been sourced. When acquired, 90039 was missing its first engine, so a T23 block which is identical to a T150 block was restored-reconstructed and given a perfect new T150 cylinder head.
By Daniel Vaughan | Apr 2017
LWB Teardrop Coupe by Figoni & Falaschi
Goutte d'Eau Coupe by Figoni & Falaschi
Chassis#: 90034
Chassis#: 90117

Recent Sales of the Talbot-Lago T150C

Talbot-Lago T150Cs That Failed To Sell At Auction 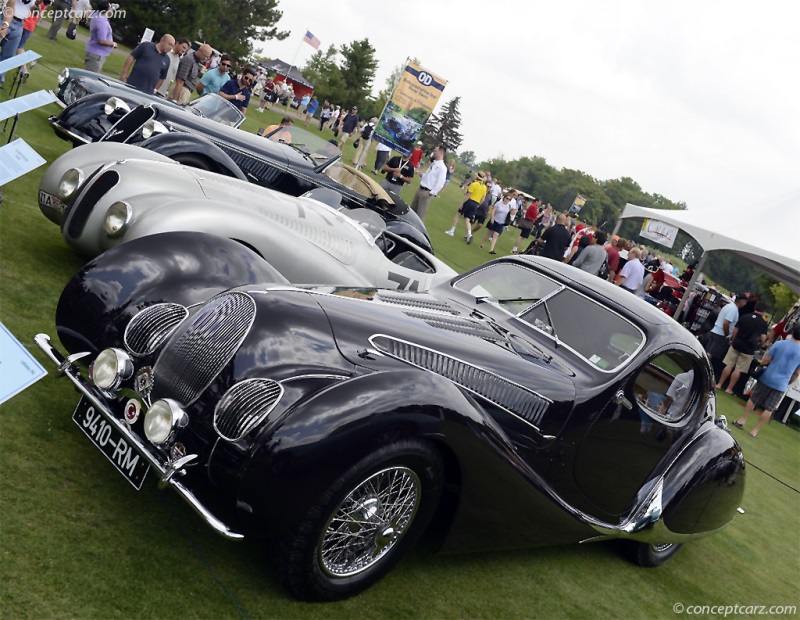 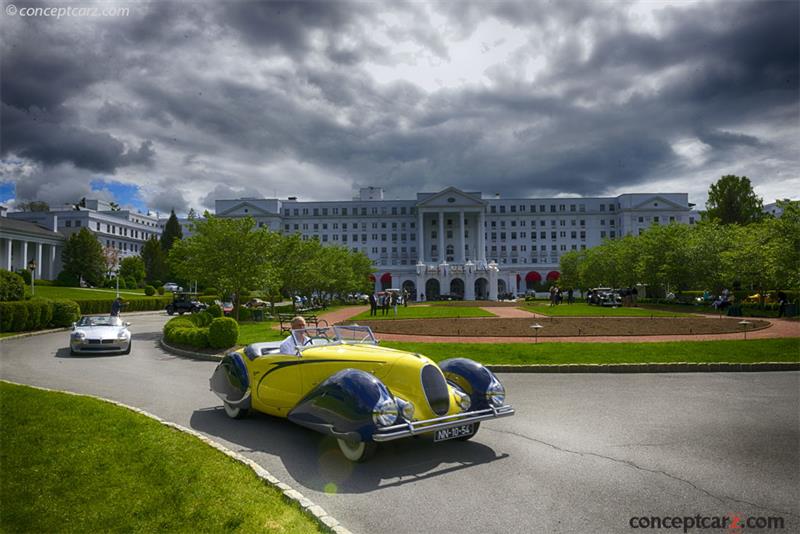 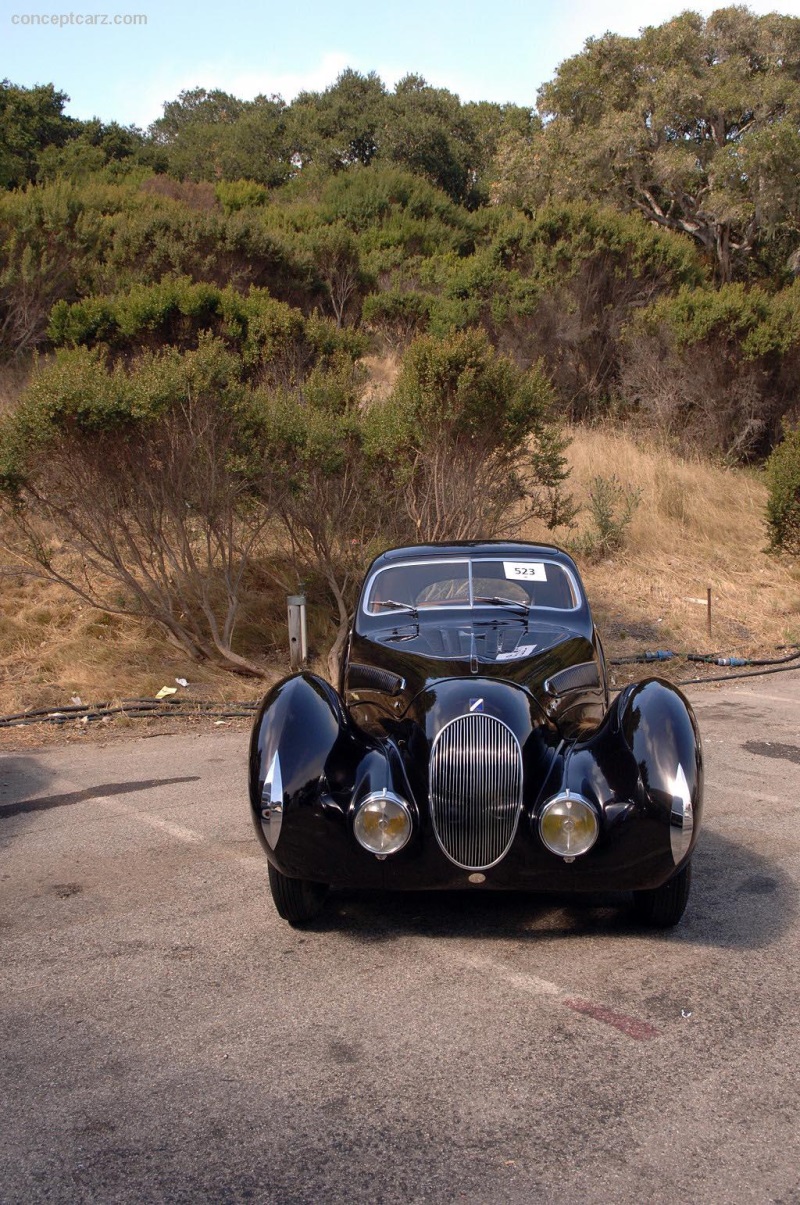 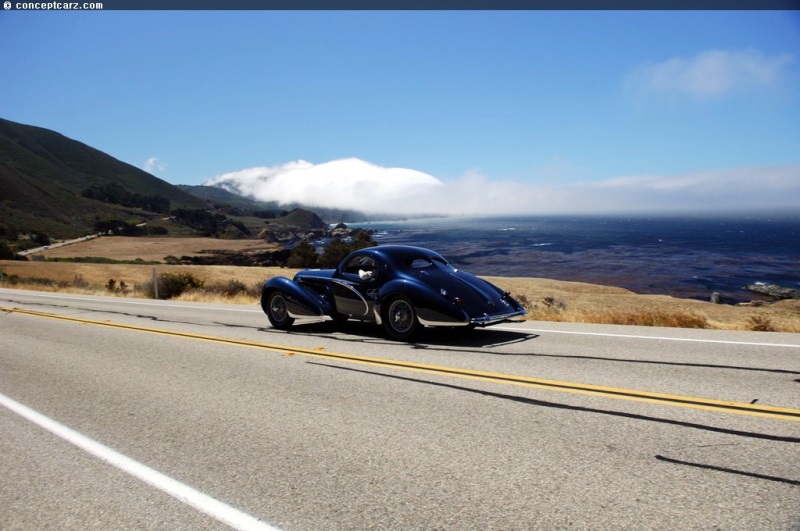 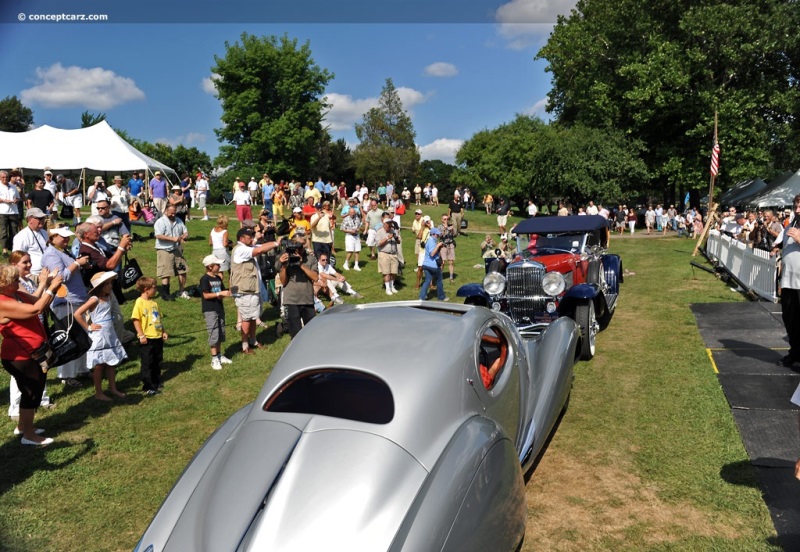 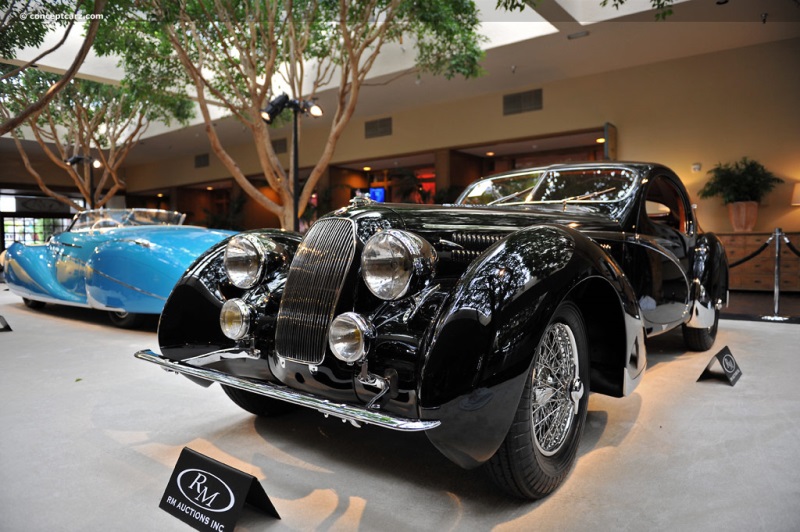 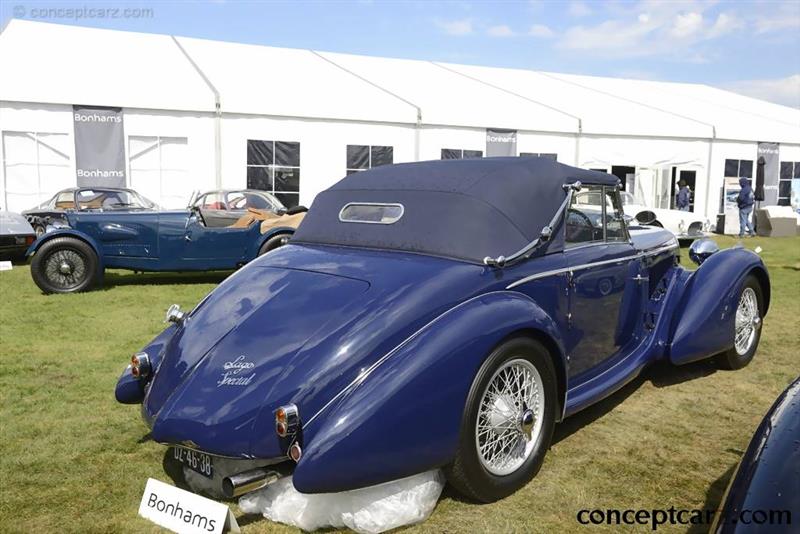