Sold for $1,430,000 at 2015 RM Sotheby's NY Auction : Driven By Distruption.
J. Fernandez and Howard 'Dutch' Darrin got together in Paris after Darrin's first business partner, Tom Hibbard, returned to the United States in 1931. Darrin did the design. South American-born Fernandez, a banker previously involved in the manufacture of furniture, got top billing, simply because he was the money behind the venture. Darrin, on the other hand, spent money like it would become obsolete tomorrow.In 1905, Louis Delage started his automobile company in France and within a year began racing. Obsessed with racing, he won the European Grand Prix Championship in 1927. His dream realized, he closed his race department, sold off his race cars, and returned to the manufacture of automobiles. The D8, built from 1929 to 1939, was Delage's most successful automobile. Almost all of the D8 chassis were fitted with stylish coachwork from the best European coachbuilders, and the D8 S was powered by a 4-liter straight-8 engine capable of reaching 100 mph. The chassis had a base price of $3,125, and competitors wondered how he could sell such a superb motorcar for the price, half that of a Hispano-Suiza. By 1935, competitors had their answer. Delage was financially devastated. He sold out to arch-rival Delahaye which continued production; albeit at $5,220 for a bare chassis, nearly $2,000 more.
Fernandez et Darrin was commissioned to build this cabriolet, which features a removable panel over the front seat and polished aluminum flashes on the hood and belt molding. It is one of two existing Delage D8s with this body style. After several owners in England, the car went to the United States in 1983 and soon became part of the Blackhawk Collection in Danville, California. The current owner has restored the car, replacing the old lilac paintwork it wore for many years with this two-tone color scheme. 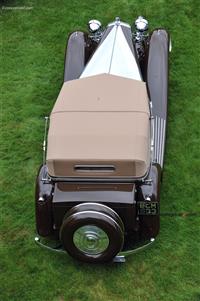 1934 Delage D8S's that have appeared at auction but did not sell. 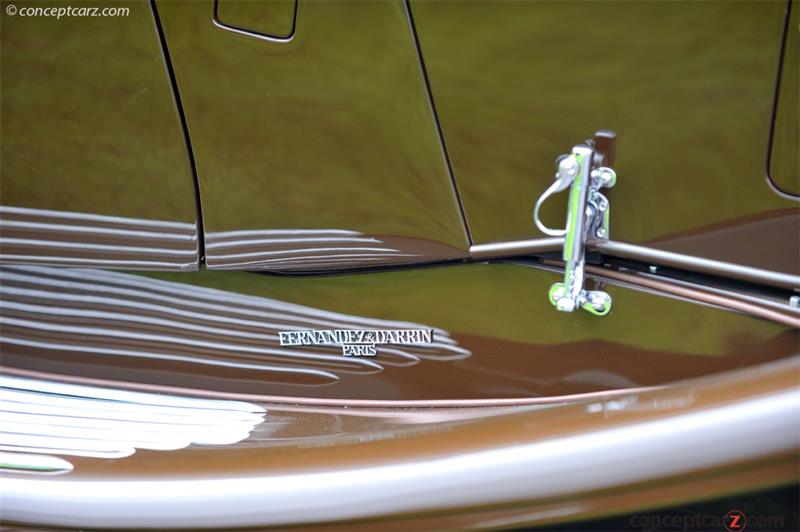