Sold for $3,855,000 at 2021 RM Sothebys : Monterey.
This Ferrari 166 MM is the fourth of six Vignale-built second-series spiders, and the 10th of 13 cars built overall. As a later-built example, it received improvements developed in the factory's competition program, including the brakes, shock absorbers, gearbox, and water radiators used in the 212 model. It was given a larger 117-liter competition fuel tank and the rear axle from the 340 race car. Construction was completed in the spring of 1953 and sold new to Edoardo Lualdi-Gabardi who would later win two Italian GT championships. Lualdi-Gabardi raced 0314 M in at least 10 Italian races over the next two years, including the 1953 Pescara 12 Hours and the 1954 Mille Miglia. It made its racing debut in June of 1953 at the VIII Varese-Campo dei Fiori hillclimb where it placed 5th in class and 5th overall. It later earned a 3rd-in-class at the Circuito di Senengallia in August 1953. Near the close of 1953, the 166 MM was sent back to the factory for engine upgrades, including a displacement increase to 3 liters to match the new 250 MM engine specifications. It was given larger racing carburetors and a later intake that necessitated a new hood with a raised scoop.
Primo Pezzoli acquired the 166 MM in May of 1954 from Lualdi-Gabardi and continued to expand upon its racing resume, entering it in local hillclimbs and sports car races during the following season. In April of 1955, it was sold to another Italian owner, followed by a string of five more Italian owners over the next seven years.
Helmut Frevel acquired the car in August of 1961 and prepared it for further racing activities, including the installation of a one-piece windscreen and a soft top. Almost a year later the 166 MM finished 2nd in class at the Turckheim-Les Trois Epis hillclimb in France. When Herr Frevel moved to South Africa in 1963, he brought 0314 M along with him, and it became his daily driver in Pretoria over the next four years. Four years later, it was shipped back to Germany and it was then domiciled in Freiburg for 22 years. The car was removed from storage in late 1989, still in the care of Frevel. The car would remain with Frevel for over three decades, eventually leaving his care in September of 1991 when ownership passed to fellow German Peter Glasel, who submitted the car to marque specialists at DK Engineering in Great Britain for a comprehensive two-year restoration. Stuttgart resident Walter Fink acquired the car in January of 1998 and then campaigned in the Mille Miglia Storica in 1999. Fink returned to the Mille Miglia a year later, but unfortunately, 0314 M was stolen outside of the Hotel Majestic in Brescia, disappearing for nearly seven years.The Ferrari was recovered in March of 2007 but it was missing many of its original components. British banker Phillip Hylander acquired the car in March of 2009 and submitted it to DK Engineering for a comprehensive refurbishment. The work included refinishing the paintwork in a two-tone color scheme, with Rosso used on the fenders and door tops, and Grigio on the trunk, lower doors, hood, and dash panel. The interior was upholstered in beige leather.Upon completion, Mr. Hylander applied for and received both an FIA Historic Technical Passport and a FIVA Identity Card. The car was then used in a variety of vintage rallies and concours d'elegance, including the Mille Miglia in May of 2010, the Goodwood Revival four months later, and the 2012 Cavallino Classic where it was awarded the Peoples' Choice Award.In June of 2012, the 166 MM was purchased by John Weinberger of Chicago who presented the car at regional events. It was used on the 2012 Colorado Grand and the 2013 California Mille. The car was then submitted to Ferrari Classiche to install proper mechanical components to match the specifications of its period drivetrain. Ferrari Classiche built and stamped a new 2-liter 166-specification engine, a 212-specification gearbox, and a 340-specification rear differential.
In July of 2016, the 166 MM received a Ferrari Classiche White Book for vehicles of special historical significance ('Attestato per vetture di interesse storico').
The car was presented at the first Ferrari Classiche Concours d'Elegance in Daytona Beach, held in conjunction with the Finali Mondiali in December 2016. The car was also displayed at Casa Ferrari in Pebble Beach during the 2017 Monterey Car Week, participating in the manufacturer's 70th Anniversary commemorative celebration.
By Daniel Vaughan | Nov 2021
Spyder by Oblin
Spyder
Chassis#: 0300M
Chassis#: 0290M

Recent Sales of the Ferrari 166 MM

Ferrari 166 MMs That Failed To Sell At Auction 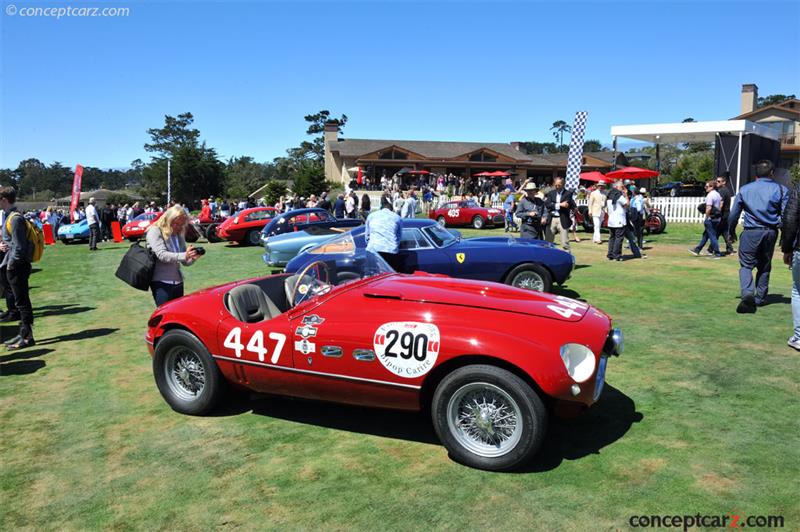 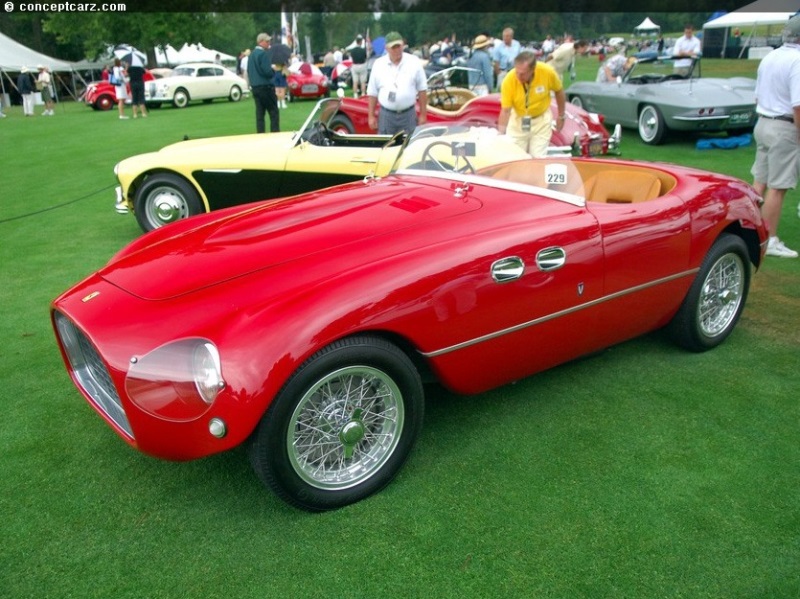 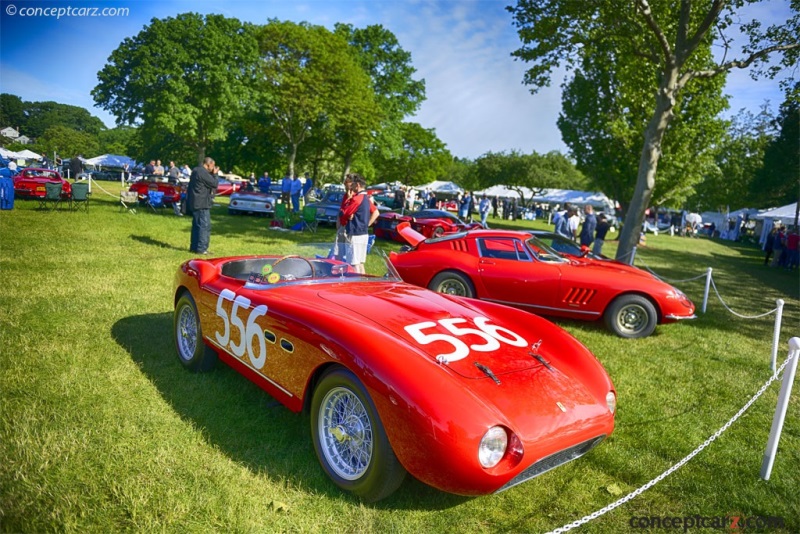 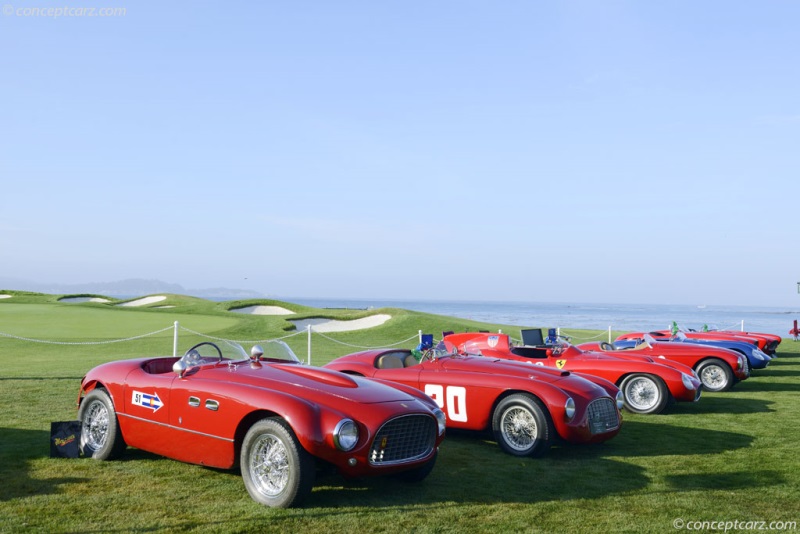 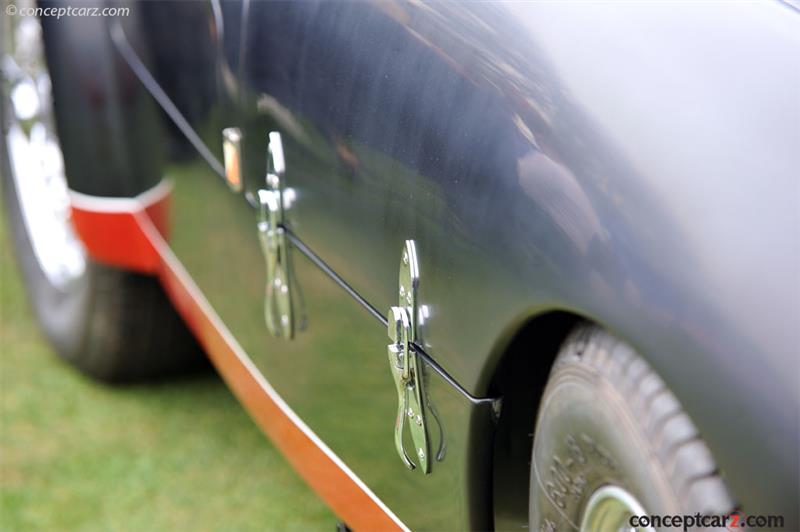 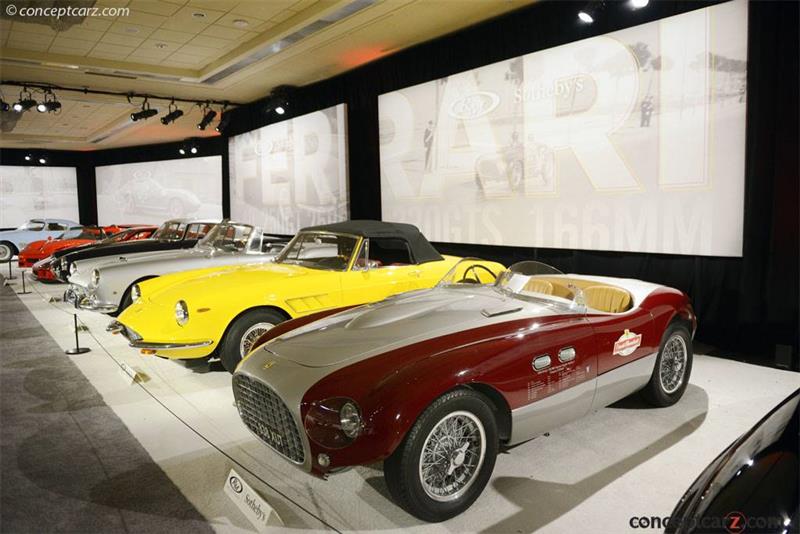