Sold for $7,370,000 at 2017 Bonhams : Scottsdale, AZ.
The Jaguar D-Type was produced between 1954 and 1957 and although it shared the basic straight-6 XK engine and many mechanical components with the C-Type, its structure was very different. It featured a monocoque construction and used aviation technology in achieving its aerodynamic efficiency. In racing, the Jaguar D-Type won the LeMans 24 Hours race in 1955, 1956, and 1957. Even with the D-Type's unmitigated success, Jaguar was working in 1957 on a successor to the legendary racer. What resulted was the E1A, an aluminum-bodied development car that later evolved into the production E-Type, though a more dedicated race car called the E2A followed by 1959.Prior to the model's official debut at Geneva in March of 1961, Jaguar was delivering production E-Type roadster to racing customers. The hope was to create a competition persona and pedigree with the E-Type. Jaguar engineering's lieutenant director Claude Baily issued a memorandum on March 16th of 1961 to Coventry's production department. Under the name project no. ZP 537/24, the factory was instructed to proceed with the build of seven competition cars for which he listed specific modifications to the basic E-Type that were based on E2A.
These special cars were to be given special engines with gas-flowed cylinder heads, polished and crack-tested connecting rods, a lightened flywheel, a competition crankshaft damper, modified clutch, a close-ratio competition 4-speed gearbox, and trumpet tips for the S.U. carburetors. The body, however, remained steel and the suspension was modified only minimally, with the addition of stiffer springs.
John Coombs' racing team received the first of these cars, chassis number S850006. Graham Hill drove it to a third-place finish at Silverstone in May of 1962. This was followed by a second at Mallory Park a month later, and fifth at Brands Hatch in August.Chassis no. S850006 was used as a factory development testbed and was further modified with a lighter-gauge steel body, and the engine received a '35/40º' wide-angle cylinder head. S850006 was used as a mold for 17 more competition cars. The build process began in October of 1962 and incorporated elements of an earlier works car known as the Low-Drag Coupe, such as the aerodynamic tail and roof, and the trailing exhaust vents. They were given aluminum bodies and an aluminum hardtop. The 3.8-liter competition engines were modified with Lucas fuel injection and dry-sump lubrication. The chassis received updates as well, including a revised suspension geometry and many other competition parts. Except for the development car, cars began numbering with S850659 and proceeded sequentially to S850669, all within the standard E-Type numbering. The 'S' prefix in the chassis number signified it as a Lightweight. The first two purpose-built Lightweights were completed in time for the 12 Hours of Sebring in March 1963. One example was sent to Briggs Cunningham and the other to Kjell Qvale. While Bruce McLaren and Walt Hansgen finished 8th overall and second in class for Cunningham, Ed Leslie and Frank Morrill placed 7th overall and first in class for Qvale. In June, at the 24 Hours of LeMans, Cunningham entered three Lightweights with official support from the factory. The two cars were driven by Hansgen and Augie Pabst, and Roy Salvadori and Paul Richards retired early. The car driven by Bob Grossman and Cunningham finished 9th overall and second in class. This was a rather impressive accomplishment considering the car spent two hours in the pits due to a brake issue.
Hill would claim four victories in a Lightweight, and Salvadori and Peter Sutcliffe would enjoy many top-three finishes at venues like Silverstone, Goodwood, Mallory Park, and Snetterton.

Jaguar built just 12 examples of the E-Type Lightweights, falling short of their original target of 18 cars. These E-Type Lightweights were sold exclusively to preferred customers and friends of managing director Frank 'Lofty' England. Jaguar also provided significant factory support for these cars.
This particular example is the 10th of the 12-E-Type Lightweights built. It has had just three long-term caretakers, and it has never been disassembled or built in any significant manner. It is also the winner of the 1963 Australian GT Championship. This car was shipped for Australia on October 20, 1963, reaching Melbourne the following month, and entering the care of Robert 'Bob' Jane. It debuted at the Calder track in Victoria on December 8th, the Australian GT Championship race while setting a lap record of 51.8 seconds. A few weeks later at Catalina, S850667 won the Production Sports Handicap and the New South Wales Touring Car Championships, followed by the sports and touring car races at Warwick Farm. In early 1964 Jane painted a thin Shell-orange racing stripe along the hood to reflect his sponsorship from the oil company. In this guise, it took the checkered flag at Calder on January 26, 1964, and at the Sandown A.G.P. meeting on February 9. At the end of the month, it finished second at the Australian Tourist Trophy. It returned to Calder on March 8th where it took second place, and then placed third at the New South Wales Sports Car Championship on March 29. On April 19th at Sandown Park, the E-Type set the fastest lap and placed third in the Victoria Sports Car Championship.Around May of 1964, the Lightweight was taken to Europe, where Bob Jane and his brother Bill intended to race in long-distance continental events. Along the way, it was decided to make a few modifications, including wider disc wheels and a LeMans-style 45-gallon fuel tank. At Brands Hatch on July 11, Jane was able to finish 5th in class and 10th overall. The car returned to Australia by the fall of 1964, though it would not race again until the following season. Its next outing was on February 21st of 1965 at Bathurst where it was at 146.05 mph and established the fastest lap. On May 2, Bill Jane drove the E-Type at the One-Hour Production Car Race at Lakeside in Queensland, finishing third, and a week later the car finished first in both the preliminary and the main races at Bathurst. As the season wore on, the competition continued to become fiercer, however, it still managed a 4th-place finish at the Australian Tourist Trophy at Lakeside. The season concluded with additional runs at Warwick Farm, Lakeside, Sandown, and Longford, though no top finishes were recorded.For 1966, racing duties were handed over to Spencer Martin, and he won the GT race at Warwick Farm on September 18, setting another fastest lap. Martin then placed third at Sandown on October 16. Around this time, Jane blew out the original alloy engine block during practice. The car was then offered for sale in the publication Racing Car News, though it did not sell. Attempts were made to source a replacement alloy block from the factory, resulting in a correct factory alloy replacement block, no. V682558P, which continues to power the car to this day. As the 1966 season came to a close, so did the E-Type's racing career. It was put on display at Jane's tire outlets and essentially remained unused for the next decade. In November of 1980, Bob Jane offered his cars publicly at the Australian Grand Prix auction.Peter Briggs of Western Australia purchased the Jaguar for $80,000 AD. The new owner commissioned a re-finish in white with large blue racing stripes down the middle. Briggs raced the Lightweight a few times and drove it on the road occasionally. It was also used by John Smith at the National Jaguar Rally event at Wanneroo in September 1984, again setting the fastest lap. In November 1985 and September 1986, the E-Type was presented at the historic events leading up to the Formula 1 Australian Grand Prix. In early 1999, the Jaguar was offered for sale at auction in Florida. The car is currently in the care of its third owner and has less than 4,000 original miles.
By Daniel Vaughan | Oct 2017

Jaguar XKE Lightweights That Failed To Sell At Auction

1963 Jaguar XKE Lightweight's that have appeared at auction but did not sell. 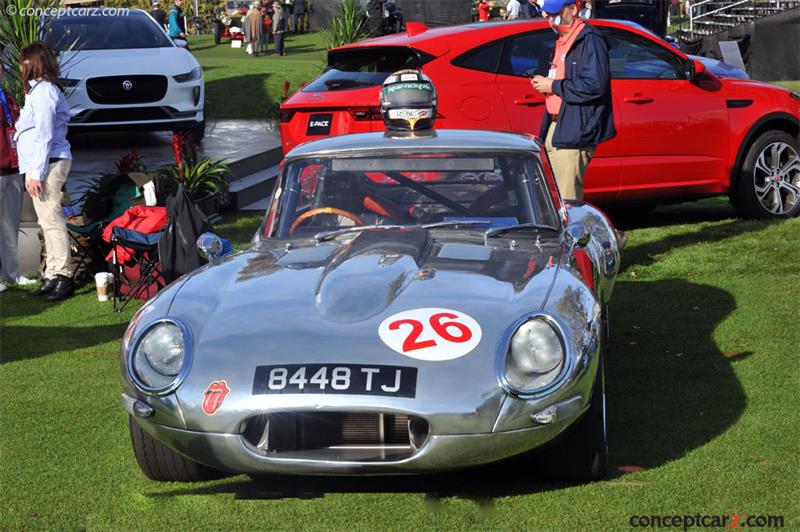 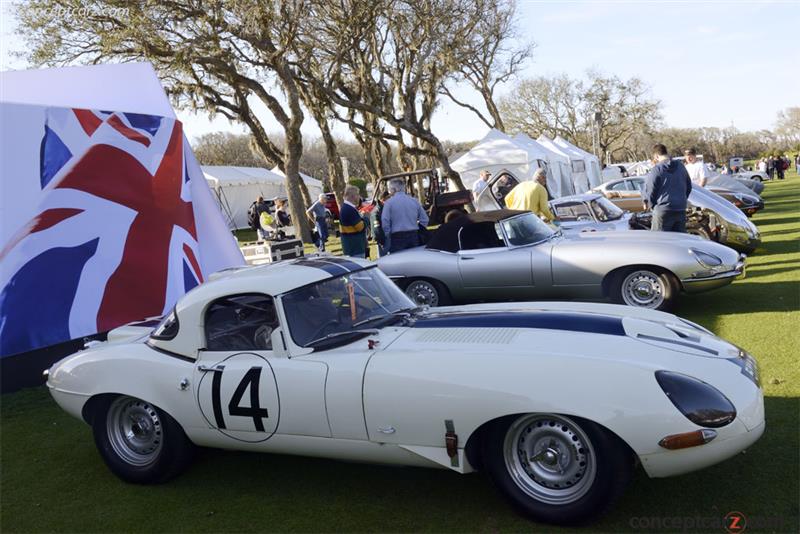