Sold for $10,340,000 at 2011 Gooding and Company - Pebble Beach Auctions.
Duesenberg's iconic Model J was introduced to universal applause in December of 1928. E.L. Cord, who had acquired the company two years before, had directed Fred and Augie Duesenberg to design 'the world's finest motor car,' and, by most measurements, it was exactly that. The Lycoming engine was built to Fred's design, and featured twin overhead camshafts and four valves per cylinder. Brakes were hydraulic and vacuum-assisted, and extensive use was made of aluminum and other light alloys, so despite its massive size, the Model J weighed only about 5,200 pounds. The bare chassis sold for a stupendous $8,500 in 1931, and the body on this example cost another $3,500, or the equivalent of the cost of 50 Model A Fords. Only 470 chassis and 480 engines were built between 1929 and 1936, so the clientele was fairly exclusive. A stock example could easily top 80 mph in second gear and 120 in top gear.This Long Wheelbase Convertible Coupe was Captain Whittell's final commission for the Walter M. Murphy Company. It was purchased as a chassis from Duesenberg in 1929 and completed in 1931. It is a one-off coupe that is fitted with personal themes established on Whittell's earlier purchases plus several unusual features, including a second taillamp, an exhaust cutout, and a rare freewheeling device. Power is from engine J-460 offered 265 BHP at 4200 RPM.The design for this car was done by Franklin Q. Hershey and was given a low, raked windshield, elegant flowing fenders, fixed roof, roll-up windows, and a cavernous integrated trunk where a rumble seat would usually reside. When completed, it was finished in black and chrome with a brushed aluminum top, bespoke details, and a red undercarriage. There is a non-functional section of piano hinges that begins at the end of the hood and ends at the base of the windscreen. There is polished molding that runs the length of the beltline, terminating at the radiator in a harpoon motif. This is the only Model J with this feature.
Chrome is used throughout the vehicle, including the wheels, spare covers, toolboxes, and gas tank. There are six chrome strips on the rear fenders where one would usually find five. The running boards continue the lines forward to the base of the spare-mounted spares. A waterfall of chrome strakes, 12 in total, cascades down the rear deck creating a crisp, pinstripe effect from the rear.
The doors, which are usually hinged at the front, are attached to wind wings on an ingenious sliding mechanism. In keeping with the captain's nautical pursuits, navigation lights are below the sills and ahead of the courtesy lights. The starboard side emits a green glow while the port side has a lurid red color. Perhaps the most prominent feature of the car is the brushed aluminum top. It is evenly contoured to resemble the look of a fabric convertible top, with faint ridges to give the illusion of top bows. The simulation continues inside with a folding mechanism in place, complete with chrome hinges, wooden bows and a mohair headliner. The overhead dome light reminds the occupants of the true nature of the roof.The cockpit features a continuous curve from the base of the windscreen over the top surface of each door through the deck area behind the seat. This contour is finished in brushed aluminum and features hinged, polished covers to conceal the window channel when the glass is rolled down. The doors are paneled in black Bakelite with chrome strips. The two seats are upholstered in black patent leather. Behind the seats, integrated into the brushed aluminum trim, is a lockable compartment that can also be accessed from a panel in the trunk. The four original glass visors finished in a chic green tint, fold down from the roof. This coupe is well equipped with a state-of-the-art Philco Transistone cathedral radio. There are marbled knobs and machined-turned aluminum fascia outfitted with Duesenberg instruments, including the scroll type gauges, altimeter, and chronograph.Mr. Whittell's impressive, one-of-a-kind Duesenberg cost him a staggering $17,000, making it one of the most expensive Duesenbergs ever constructed. The car would remain with its original owner for nearly two decades.
After serving Mr. Whittell for many years, it was purchased by a mysterious young woman - who required a booster seat to pilot the vehicle. A short time later, it was sent to Bob Roberts' famed sports car dealership in Hollywood where it was traded in for an MG TC. The car was then sold to Dr. Glenn Harrison, of Illinois. After several years, it was sold to Homer Fitterling who had the largest Duesenberg collection ever assembled, totaling several dozen examples. The Whittell Coupe was the crown jewel of the collection and remained with him for a lengthy period of time. During that time, it was put on display at the Auburn-Cord-Duesenberg Museum in Indiana.
When Mr. Fitterling passed away, the car was purchased by Ed Weaver of Dalton, Georgia. Mr. Weaver suddenly passed away in 1995 and his widow immediately liquidated his automobile collection. The fifth owner of the car was an East Coast connoisseur who treated the car to professional, no-expense-spared restoration. Upon completion in 1996, it was awarded Best in Class at the Pebble Beach Concours d'Elegance. This elegant vehicle is believed to have covered just 12,500 miles from new. All of the features specified by its original owner remain intact and it appears just as it did when it was delivered to Mr. Whittell Jr. in 1931. One of six new Duesenbergs bought by the elusive George Whittell, this Model J with chassis number 2478 and engine J-284, was built specifically to his order with a polished aluminum solid top. In 2011, the car was offered for sale at the Gooding & Company auction held in Pebble Beach, CA. As bidding came to a close, the car had been sold for the sum of $10,340,000 including buyer's premium.
Clear Vision Sedan by Murphy
Convertible Sedan by Murphy 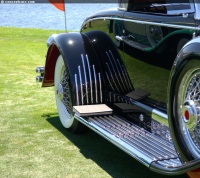 1931 Duesenberg Model J Murphy's that have appeared at auction but did not sell. 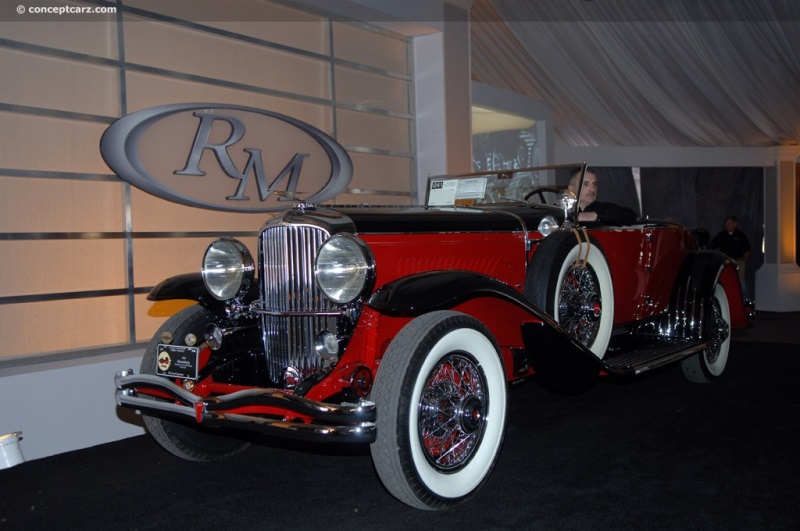 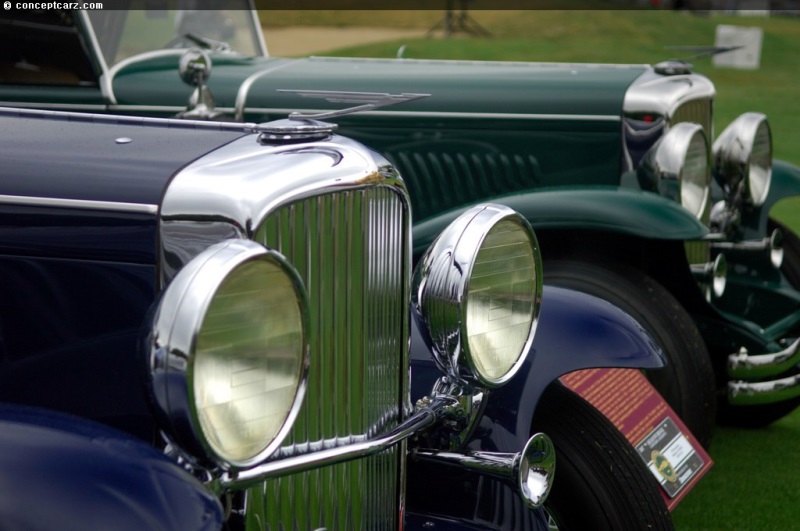 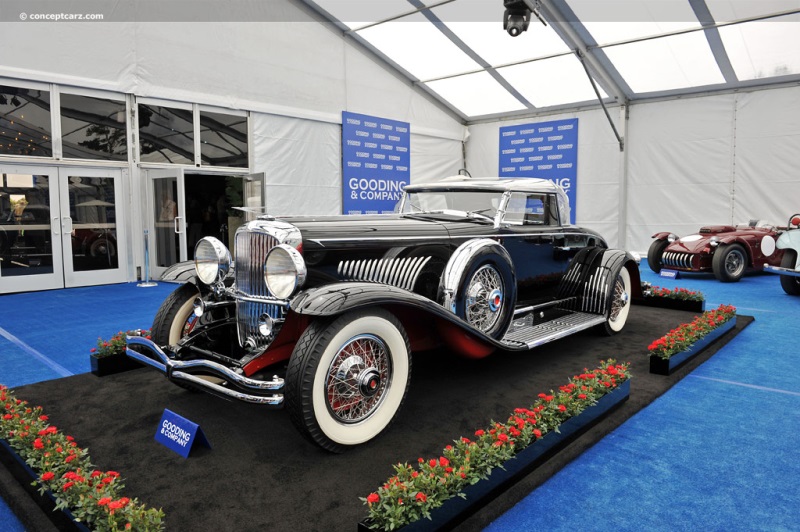 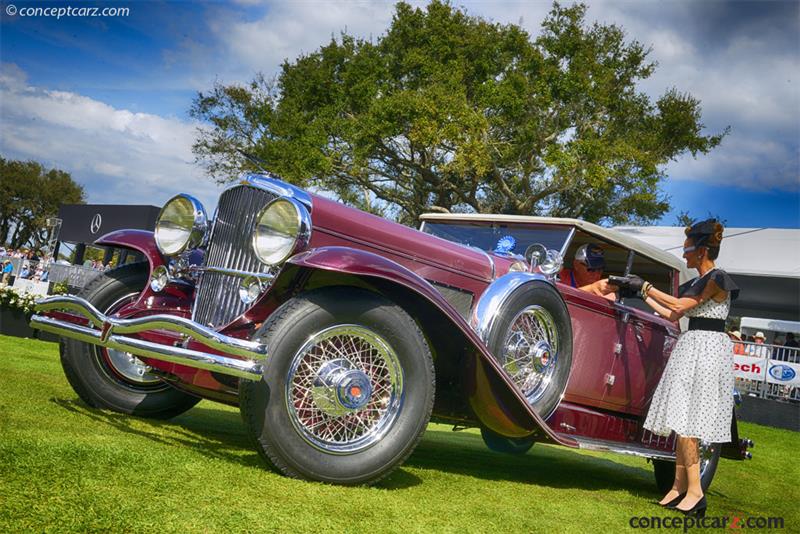 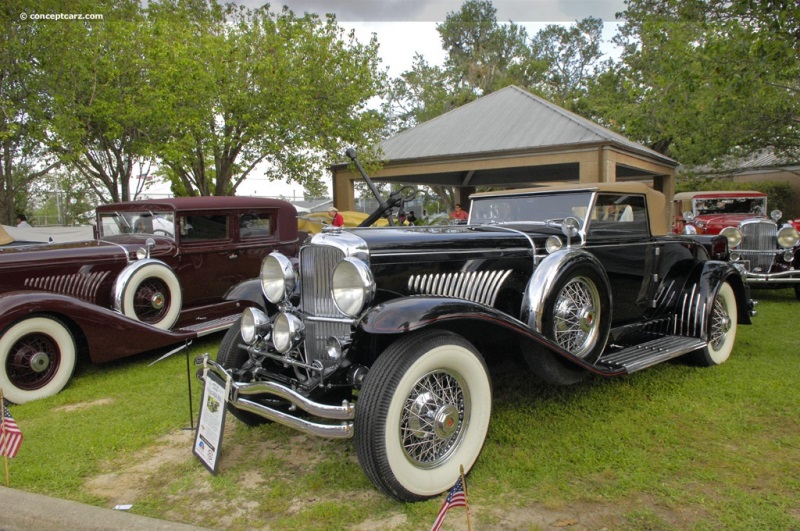 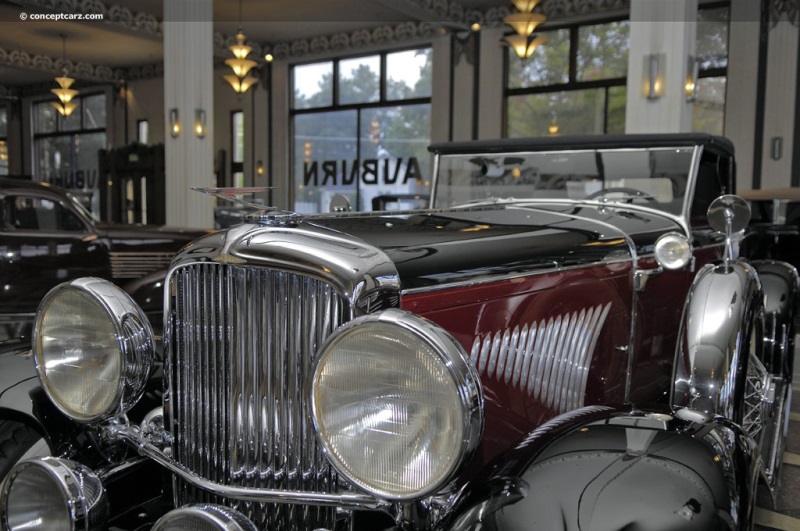 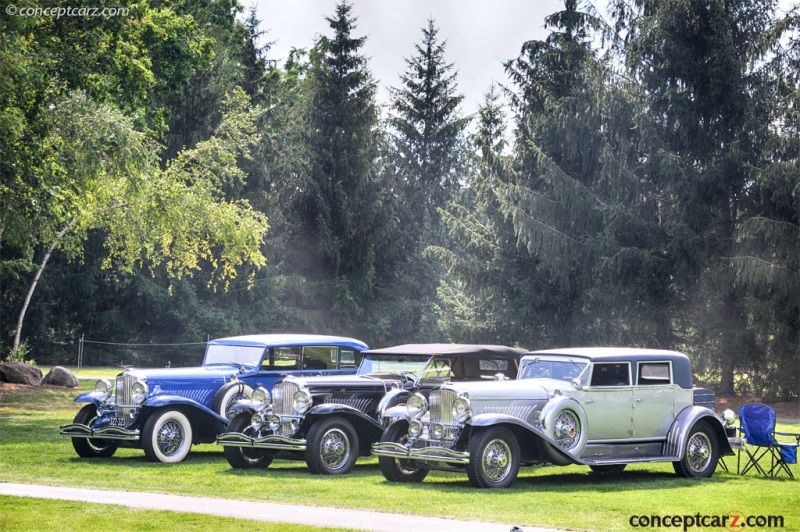 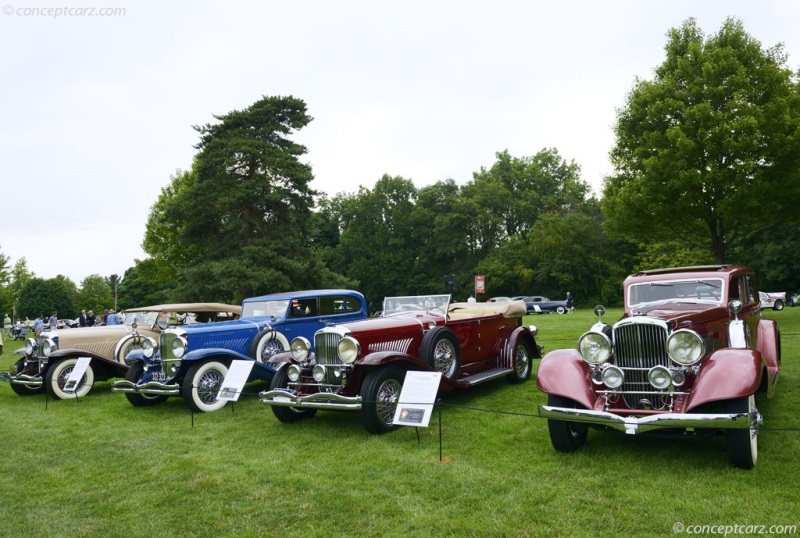 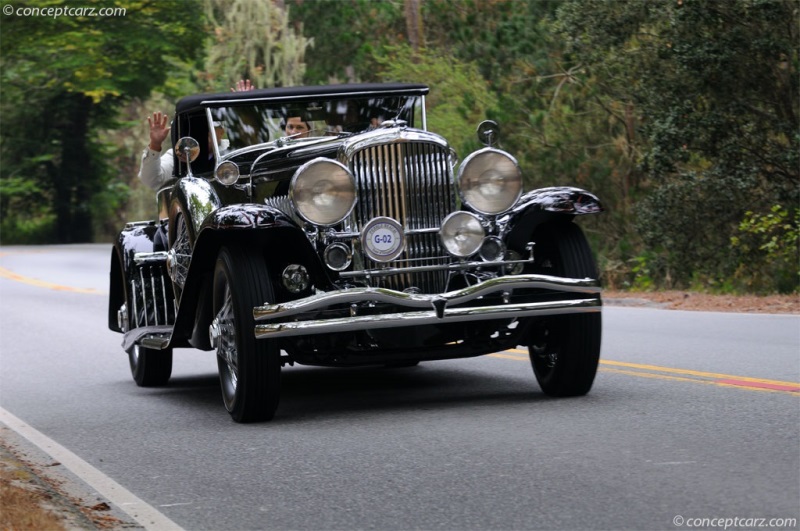 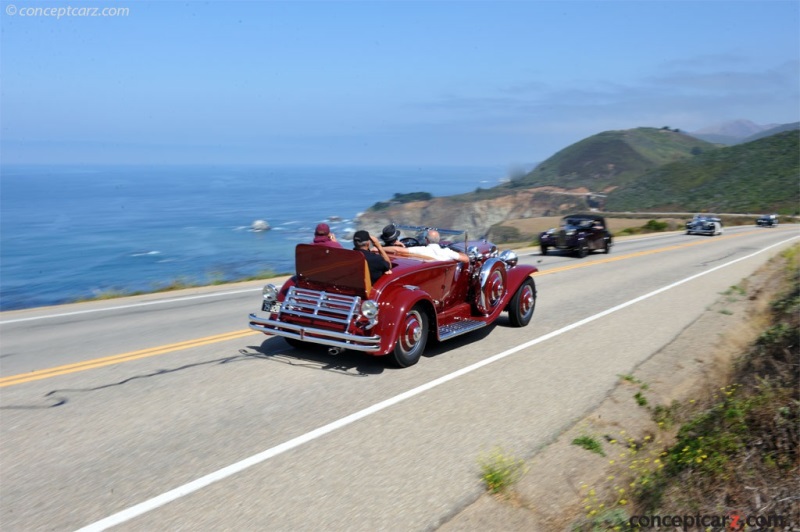